Click here if you are not seeing results during the show after you refresh this page.

The match started with Zayn trying to avoid wrestling Big E but the finish was Big E pinning Zayn after hitting the Big Ending so Big E is probably in line for an IC Title match in the near future.

Styles rushed in on McIntyre to get in some early offense with punches and kicks but McIntyre picked him up and slammed him before tossing him across the ring. The fight spilled to the outside of the ring and McIntyre was the first to set up a table to use as a weapon but Styles blocked an attempt from McIntyre to put him through the table.

McIntyre was the first to climb the ladder to grab the title but Styles hit him with a chair to the left leg. Styles tried to climb the ladder but McIntyre pulled him off and then slingshotted him into the corner of the ring where a steel chair was positioned. Styles eventually took over on offense and he tried a Styles Clash onto a ladder but McIntyre countered into the Future Shock DDT. McIntyre picked up a ladder and dropped it on Styles. It looked like Styles was supposed to move but the ladder clipped him. Styles took over on offense and he locked the Calf Crusher with McIntyre’s leg wrapped around the ladder. Styles then hit McIntyre with chair shots to the back and the left leg. He also locked in another Calf Crusher with McIntyre’s leg around the chair. Styles continued to work on the leg.

Moments later, Styles tried to hit a move off the top rope onto McIntyre on a table but McIntyre launched a chair into Styles’ face to knock him back into the ring. McIntyre then tossed a table into the ring as he continued to favor his left leg but McIntyre took a drop toe hold and his face banged into a ladder that was positioned in the corner of the ring. Styles tried a move off a table but McIntyre caught him and threw him back first into steps but moments later Styles was finally able to hit the Phenomenal Forearm as Omos slid a latter into the ring for Styles to climb.

McIntyre and Styles both climbed the ladder at the same time while Miz got back into the ring to set up a second ladder. McIntyre knocked Styles and Miz off the ladder  but Styles then jumped back on the ladder to knock off McIntyre. Miz jumped back in and he battled Styles on a ladder but McIntyre got up and he knocked both men off the ladder, Styles crashed on the floor and Miz took a Claymore to the face. McIntyre climbed up the ladder again and he grabbed the title.

During a backstage interview, Paul Heyman promised that Kevin Owens is going to get hurt bad…and that’s a spoiler.

Early in the match, Carmella was knocked out of the ring but her Somali Reginald at ringside caught her. Banks got some offense in until taking a back bump when Carmella pulled her down by the hair onto the ring apron but that did not last long because Banks managed to hit Carmella with the Three Amigos suplexes that are a tribute to Eddie Guerrero. Banks then hit a frog splash but Carmella kicked out of the pin attempt.

Carmella countered a tilt a whirl into a facebuster in the middle of the ring but she wasn’t able to finish her off, despite three consecutive pin attempts. Moments later, Carmella hit a hurricanrana off the top but Banks rolled through into a pin attempt. There were several pin attempts and reversals after this. Carmella locked in the Code of Silence but Banks slid out and then Carmella locked in an arm submission but Banks broke free into a pin attempt. Banks locked in the Banks statement but Reginald pulled Carmella out of the ring. Reginald took a Meteora from Banks and Mella got up and hit a kick to the face. Mella tried for the pin but Banks kicked out. Carmella tried another facebuster but Banks countered into the Banks statement and she forced Carmella to tap out.

In a backstage segment, Billie Kay offered to team with Asuka later in the show. Asuka declined.

The announcers wondered if Alexander has been to headstrong lately. New Day got in most of the offense in the opening minute of the match until Alexander was able to tag out to Benjamin. They showed MVP at ringside giving Alexander some water.

It took a couple of minutes, but The Hurt Business was finally about to mount some offense and MVP was happy. Late in the match, Benjamin did a super plex off the top rope on Kingston and he was about to end the match but Alexander tagged himself in and he hit the Lumbar check. He pinned Kingston to win the title but Benjamin didn’t seem happy at first until he had the title in his hand.

In a backstage segment, Sami Zayn was upset with Kayla Braxton for not revealing who leaked the audio of his rant.

Asuka and Baszler started the match but Flair tagged in a few seconds in to get her hands on Baszler. Then it was Jax who tagged in to wrestle Flair. As things settled down, the heels beat on Asuka for the next couple of minutes.

Asuka finally broke free to tag in Flair, who cleaned house as Ric Flair looked on from backstage. Charlotte hit her signature moonsault off the top onto both Baszler and Jax at ringside. Charlotte then brought Jax in the ring and tried the figure four but Jax shoved her off but Asuka tagged in and she hit Jax with a missile dropkick but Baszler tagged in. Baszler tried the Kirafuta clutch but Flair tagged herself in. There was a pin attempt from Baszler but Flair was able to lock in the Figure Eight but Jax broke it up. Asuka took out Jax and Charlotte hit the Natural Selection to win the titles for her team.

In a backstage segment, Sami Zayn accused Big E of leaking the audio of his rant. Big E got serious when Sami called him a joke. Big E promised to see him soon.

Owens stormed into the ring and attacked Reigns while Reigns’ music was still playing. Owens hit Reigns with punched in the corner and he followed up with a running cannonball. Owens hit another cannonball at ringside onto Reigns by the barricade. He also rammed Reigns into the steel steps and then he followed up with a frog splash onto Reigns on the floor at ringside. Jey Uso ran in but Ownes hit him with a superkick and chairs the gut and back. Uso tried for a superkick but Owens blocked it with a chair and he Pillmanized Uso’s ankle with a chair. This gave Reigns time to recover so he could hit the drive by and Uso was helped to the back by the referees.

Reigns hit Owens several times with steel steps at ringside. In the ring, Reigns used a ladder as a weapon on Owens. Reigns then brutally assaulted Owens with several chair shots to Owens’ stomach and back. Owens tried to fight back but Reigns back body dropped Owens onto two chairs in the ring. Reigns tried to climb the ladder but Owens hit him with chair shots to the back. Owens then hit a fisherman suplex onto a chair and it looked like Reigns landed awkwardly on the chair. Owens made it to the top of the ladder but Jey Uso returned and he pulled Owens off the ladder. Owens took out Uso but Reigns got up and hit the Superman punch.

Owens managed to fight his way back by hitting Uso with a kick to the face and Reigns with the Stunner. Owens had to fight off Uso again and this time he put through the announcer’s table with the pop-up powerbomb and then he buried him under the debris. Owens climbed up but Reigns also climbed up the ladder to pull Owens back down. Owens went for a superkick but Reigns caught him and powerbombed him through a ladder in the corner of the ring. Reigns then put him through the same ladder again and then through a table at ringside. Reigns then picked up Owens and put him through another table at ringside with the Samoan Drop.

Orton walked out wearing a hoodie and most of his body was covered. The match started with Wyatt no selling punched to the face from Orton. Wyatt hit multiple headbutts and stomps in the corner of the ring. Wyatt tried for Sister Abigail but Orton slipped out and hit a dropkick but Wyatt no-sold it and he continued on offense. Wyatt hit the running crossbody and then he tried for Sister Abigail but Orton broke free and hit a backbreaker. Wyatt no sold and then hit Sister Abigail. Then the ringside area was lit on fire. This was not like previous Inferno matches where the ring ropes were set on fire. They set it up so that the flames would rise for high impact moves.

Orton finally got some offense after using the steel steps on Wyatt’s head. Orton wrapped a chain around his hand to punch Wyatt in the face. They made it back into the ring and Wyatt took over on offense with a slam and a neck snap on Orton. Back to the ringside area, Orton blocked Wyatt from using an ax handle that was set on fire. Orton went for the RKO at ringside but Wyatt countered into the Mandible Claw near the fire but Orton turned him around and Wyatt was set on fire.  Wyatt ran in the ring while still on fire but Orton hit him with the RKO. Orton seemed concerned at first but then he decided to grab a gasoline can and he poured it on Wyatt. Orton then lit a match and then set Wyatt on fire to close out the show. 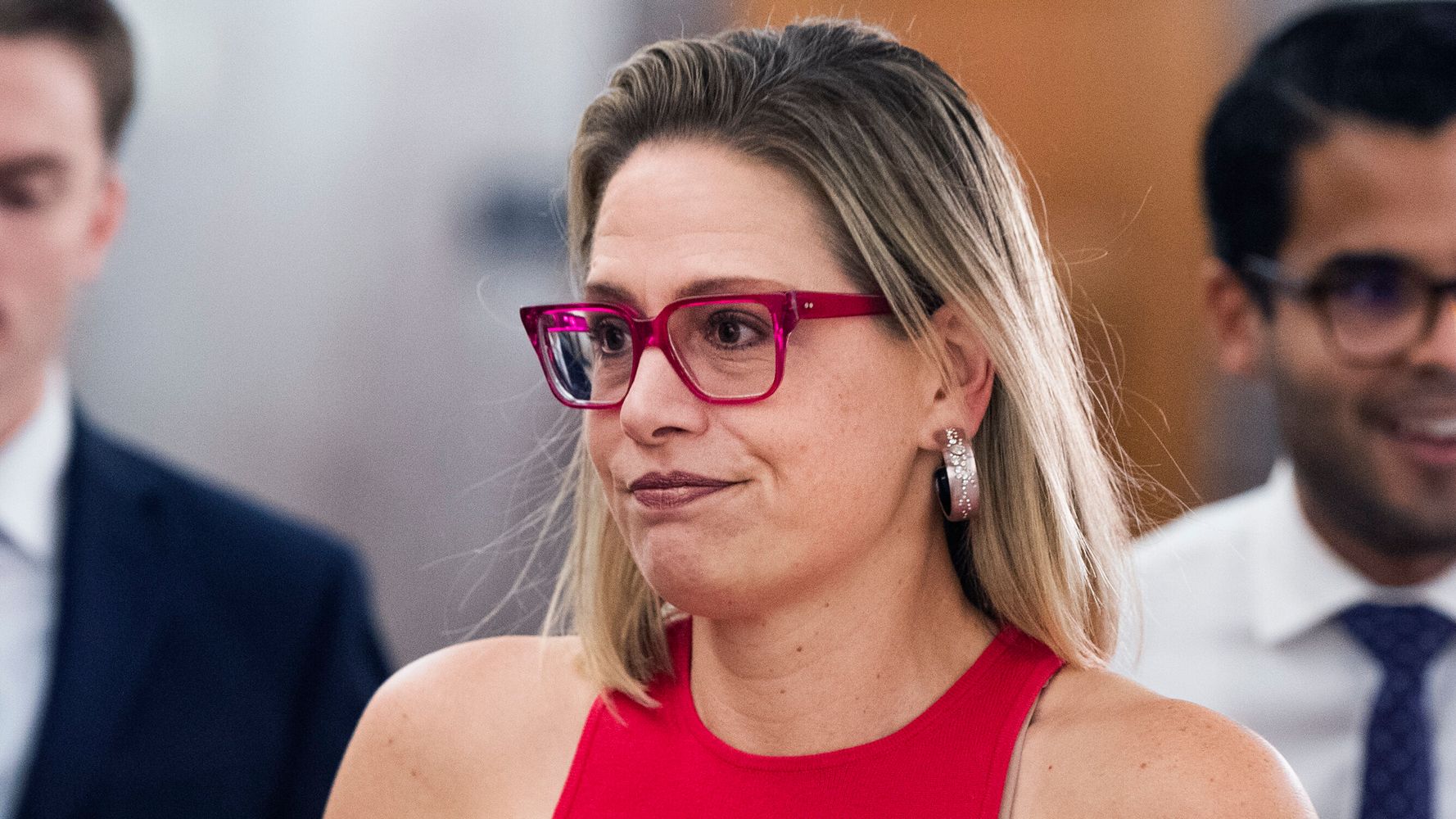 Mental well-being higher in the summer vs. fall
3 mins ago Andy Murray discusses his injuries, whether Wimbledon 2021 could be his last and Scotland’s Euro 2020 push
8 mins ago 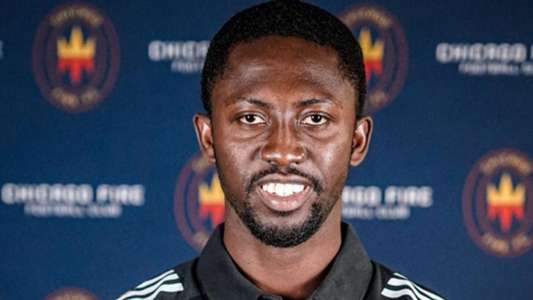