Chris Van Vliet welcomed former WWE announcer Jonathan Coachman as his guest on his YouTube/podcast. Here are some highlights from the interview:

Coachman said wrestlers should be coming up with ideas for their character: “Superstars have to step up and be confident enough to say, I want to do this story with this person. Some of what made all these guys great back in the day was they came with storylines to the building. Now, from what I saw when I was there a year ago, they show up and they wait for something to be handed to them. Then you have this writer who is wet behind the ears who just got out of college, is scared of their own shadow, literally handed me a promo and said, “Coach, we need you to say this.”  I went over and started marking it up.

They said, ‘What are you doing?’  I said, ‘I’m coachafying it.’  They said, ‘No.  We don’t change words here.  You’re going to say that word for word.’  I looked at him and said, ‘Listen man.  I don’t even know who you are and you are probably on your three month.’  Every writer does a three month trial period and 90% of them we never see them again.  It was so funny because a lot of the guys like Stone Cold would introduce himself and say, ‘Come talk to me in three months and then I will know your name.’  Then you would never hear from them again.  That is running rampant right now.  Some of the greatest promos and the greatest characters were organically done by the guys and now they are waiting for a writing staff to tell them who they need to be.  That’s a problem.  That needs to change.  But how does that change?  I don’t know and to be quite honest with you, I don’t care.”

Coach said there is a story told on the WWE Network turned into a cartoon skit for WWE Stories where Vince McMahon pulled a rib on him that is not accurate. Coach explains what happened: “I watched this and said, that didn’t happen and that didn’t happen. So the thing that people saw was not even true so I will tell you exactly what happened. Vince calls it the greatest rib in the history of the company. Originally I think it was just to play a joke on me. It was the beginning of the 2001 football season. We were in Fayetteville, NC and Gerald Brisco came up and said, ‘Hey Coach. You have to run a football pool for all the guys. They pay $10 and they pick all the games.’

I made photocopies and I was passing them out all day to everybody. People were bringing me money all day. Everybody was in. All of a sudden, at about 3 o’clock in the afternoon, my pretape room was all the way at the end of the hall. In order for me to get out of the building, I had to walk by every single one of these rooms that had somebody in it. All of a sudden I see two police officers, state troopers. They were like, ‘Are you Mr. Coachman?’ I said yes. I should have known it then when they said, ‘Are you selling illegal football tickets?’ I said, ‘No.’

They pulled one out and unfolded it and said ‘Is this one of yours?’ and showed me one of my photocopies. I said ‘Yes.’ They said, ‘Just so you know, it’s a felony in the state of North Carolina to run an illegal football pool and unfortunately we are going to have to take you downtown.’ Now my heart is going.  I said ‘Guys, come on. This seems kind of silly. It’s a $10 football pool.’

They said, ‘Listen, the law was passed a few years ago. It doesn’t matter if it’s a dollar or a million dollars, it’s the same felony.’ I said, ‘Are you kidding me?’ They said, ‘No, and we are really sorry.’ We were walking down and the cops were on either side of me. All these people were looking at me. We got to Vince’s office and they were like. ‘Does Vince run the whole show here?’ I said, ‘Yes.’ They said, ‘We really need to tell him.’ I said, ‘No we don’t. No, we do not.’

So they knock on the door. This is at 3 o’clock in the afternoon. The show starts in 3 hours. I opened the door and again, there were a lot of little things that should have tipped me off but I was terrified. I walk into Vince’s office. He looks up. They say, ‘Excuse me Mr. McMahon but Mr. Coachman is running an illegal football pool in the state of North Carolina and we want to let you know that, unfortunately, we have to arrest him.’ Vince walks over and his face is right here and I can feel his breath on me. He says, ‘A football pool? A F’n football pool? Do you not have anything else to do with your time all day then run a football pool?’ I don’t say anything. I’m staring right at Gerald Brisco who is the one who asked me to run it and he’s saying nothing. I’m like sitting there going, are you going to step up at some point and help me out? He says nothing. So the cops say, ‘Well Mr. McMahon it’s going to be $1500 to bail Mr. Coachman out of jail. Will you be helping him with that?’ He looks at me and goes, ‘F no. He’s on his own.’

They said, ‘Then we will have to take him down to the station. Will you be sending somebody to pick him up?’ He goes, ‘F no. He’s on his own.’ They said, ‘Well, unfortunately when somebody has been arrested for a felony, they have to be handcuffed.  So we are going to have to put handcuffs on him.  Do you have a towel or something so at least we can put it over his hands so people don’t see that he’s handcuffed?’  Vince walks over to his gym bag, and back then he used to work out all the time.  He picks up his boxer shorts that he wore to work out in, that day.  He whips them at me and they stick to my face.  So I got Vince’s ball sweat on my face and I didn’t even move.  I’m in handcuffs and I have his boxers stuck to my face so the cop with two fingers takes it off my face and puts it over my hands and I’m like this with  Vince’s boxers on my hands.  So now everybody in there was dead silent.  It was awkward.  They were like, ‘Thank you Mr. McMahon.’

We walked out. The first person we see when we walk out of his office was The Undertaker.  I’ve never felt more shame in my life.  I looked down.  So we walk to the back.  You know every arena has a big door to let trucks in?  So the cop car is like 20 feet out.  I was like, ‘Guys, can you at least pull up here?’  There had to be 300 fans right above.  They said, ‘No, we have to walk you out there.’  Again, I should have known.  So I walk out.   They do that whole thing you see on Cops where they put me in the back of the car.  They put the seatbelt on me because I’m in handcuffs.  I’m sitting there thinking to myself, how do I tell my father that my career job, and my career could be over because I have a felony for running a $10 football pool.  So then our head of security at the time, his name was Jimmy Tillis, said ‘Coach, say nothing. Don’t say anything. I’ll come down and bail you out.’  They take me around.  They drive about 2 or 3 miles and all of a sudden along the radio, they say, ‘Hey, Mr. Tillis can’t get his car out. Can you come back and pick him up?’ Again, I’m like, we are going back there?  We are going back to pick somebody up?  The cop was trying to talk to me and I’m not saying anything because Tillis said don’t say anything. He was like, ‘Hey man, I know this is a little unorthodox, but, if you want somebody to give you a ride home, we have to go pick him up.’

Again, I should have thought, how is he going to give me a ride home if he doesn’t have a car?  So we drove back and all they were doing was killing time to get everybody to come out of the back of the arena and they were standing almost like in a pyramid with Vince right at the front and everybody else behind.  We come down the big hill, and if anybody has ever been to the arena in Fayetteville, NC, they know exactly what I’m talking about.  We pulled down and I saw everybody standing out there and I still don’t know what’s happening.  They opened the door and this whole process that I told you, it took 45 minutes to pull this off from start to finish.  45 minutes which is why he calls it the greatest rib in the history of the company because it went way better than they ever could have imagined.  We got out and he told the cops, ‘Don’t take the handcuffs off’ because they thought I was going to start throwing.  They thought I was going to be so upset.  We got out and everybody was like, ‘Oh man, you’re the man. That was amazing.’  I’m still in handcuffs. I was like, ‘Somebody get these handcuffs off me.’  Everybody was patting me on the back.  I literally went to a part of the arena where nobody can find me and I just started sobbing.  I was crying so hard.  You know sometimes when you are so angry or you are so relieved or whatever, the tears just come and you don’t know why.  I was just so relieved that I wasn’t going to jail, that I wasn’t arrested, and that I still had a job.  But it took 45 minutes and to this day, he still calls it the greatest rib.”

Chris Van Vliet said, “That also shows how much Vince loved you.”  Coach said, “Yea.  A lot of people have told me that over the years because Vince wouldn’t even bother to endorse it, allow it, and then participate in it if he didn’t.  That still means a lot to me.”

If you use any portion of the quotes from this article please credit Chris Van Vliet with a h/t to WrestlingNews.co for the transcription. Also, be sure to subscribe to “Insight with Chris Van Vliet” on your mobile device by clicking here if you have an iOS device or here on your Android device. 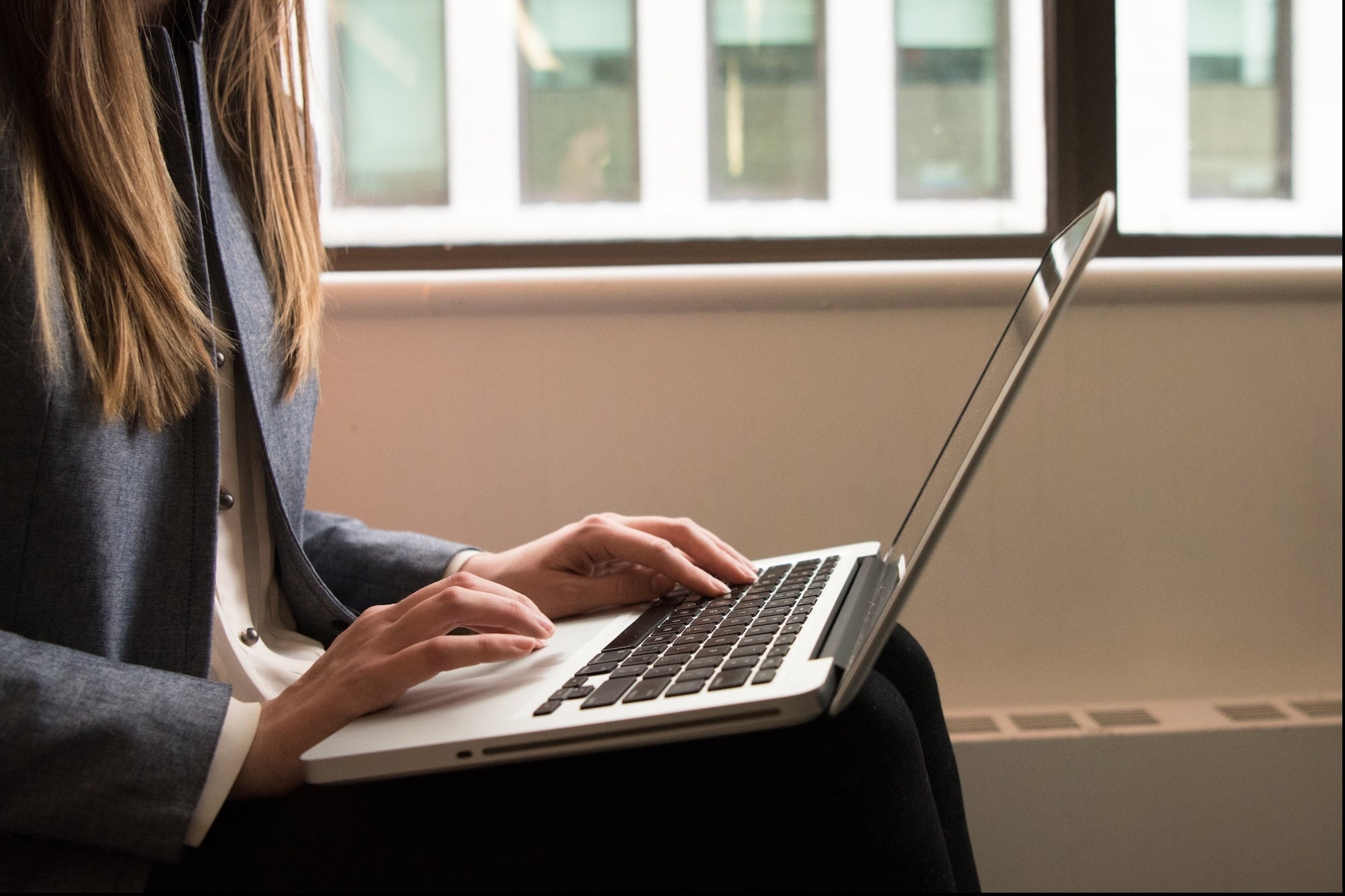 Learn How to Boost Productivity to Increase Profits for Your Business 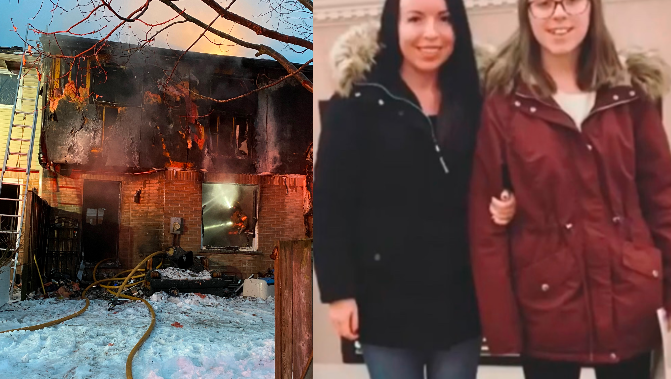 Rob Portman Falls Apart When Confronted With His Reconciliation Hypocrisy