A recap video from Vice TV’s Fightland aired, complete with Alexander Hammerstone’s in-ring celebration. The commentary team checked in to run down the card. Rumors of the former Enzo Amore coming to MLW were discussed.

1. Lee Moriarty vs. Calvin Tankman. The two circled each other to begin the match and the crowd seemed a little split between the wrestlers and for whom they were rooting. Moriarty tried to take Tankman down, but Tankman stood there and it wasn’t going to happen. Moriarty went for multiple shoulder-blocks, but Tankman didn’t sell them. Tankman eventually hit a nasty, echoing right fist and that took Moriarty down.

Moriarty worked a cross arm-breaker (the Joint Custody) and went into a occtopus to try and work over Tankman, who broke that up by pushing Moriarty over the top rope. Tankman power-slammed Moriarty on the apron in a rough lot. Tankman went for the cover, but Moriarty kicked out. Moriarty went after Tankman’s arm, but Tankman caught Moriarty with a pop-up power-bomb for a close near-fall. Moriarty then hit a series of strikes for a two-count. Moriarty then hit another running knee for another good near-fall.

Moriarty went to the top rope, but Tankman caught him with a back-elbow after Moriarty leapt. Tankman went for the Tankman Driver, but Moriarty got out of it … only to have Tankman land it a few seconds later.

Calvin Tankman defeated Lee Moriarty via pinfall in about 11 minutes.

After the match, Tankman picked Moriarty up and raised Moriarty’s hand. After the match, Alex Kane came out and King Mo cut a promo offering Tankman a place in American Top Team. Tankman said he’d think about it.

McGuire’s Musings: The match was good to very good. Tankman is very good at being the monster big guy — and I mean, very, very good — and Moriarty is the Belle of a lot of wrestling fans’ balls in the last handful of months, so this is worth watching. It made sense, with Moriarty heading to AEW, that Tankman would go over, even if this was taped before Moriarty got the call. Speaking of taping, though, the post-match promo has me wondering if that’s what led to the Tankman/Kane match I saw at the Fightland tapings a few weeks ago. That promo was not filmed that night, but the match was, and I was under the impression it was Opera Cup-related. Maybe not.

McGuire’s Musings: Well, all right. Hammerstone told me, along with other members of the press, that he didn’t want to take opportunities away from people if he was to beat Jacob Fatu during the Fightland tapings, and I guess he’s following it through with that. I thought he kind of/sort of insinuated that he’d defend both belts, but so it goes. The War Chamber matchup between whatever team he puts together and Contra should be fun.

An Alicia Atout “investigation” on Duran then aired. A lot of cinematic stuff happened. I don’t even know what to say about it. Tom Lawlor cut a promo backstage. Lawlor made fun of Davey Richards for being gone for years. Lawlor said the Opera Cup is the permanent tournament in wrestling. He ended by saying the Opera Cup would be covered in filth. A Richard Holliday video then aired. It was announced that Hammerstone will be joined by Holliday in the War Chamber match.

2. Brittany Blake vs. Delmi Exo. The two locked up to begin the match with Blake palm-facing Exo. Exo went for an Exploder, but Blake fought her way out. Exo, as a result, hit a Northern Lights suplex for a two-count. Exo then missed a knee and Blake slammed Exo on her knee for a one-count. Blake worked a submission, which faded into a one-count. Blake kept control with boots.

Baker landed a neck-breaker on the apron for a two-count. Blake went for a bulldog, but was pushed off. Blake landed a smack across the face, but Exo fired up with a series of clotheslines. Exo hit the EX-Crusher (cutter) for a two-count. Blake landed an Enziguri and a Tornado DDT for an unbelievably close near-fall. Blake went for a double-stomp, and as a result, Exo hit the Pedigree for the win.

McGuire’s Musings: This was good and perhaps I even say better than I thought it’d be. The result wasn’t much in doubt, but Blake looked really good here. If she’s not an MLW regular, she should be a regular somewhere. There were a couple clunky spots, but I liked this match.

A video of Contra trying to attack Hammerstone began, but EJ Nudka showed up and helped save Hammerstone. Hammerstone then asked Nudka to be on his War Chamber team. The two said they’d talk about it later. Davey Richards then cut his Opera Cup promo. Richards spoke about the past, present and future. Richards then outlined Lawlor’s keys to winning before saying it would be a game of inches. Duran then responded to the “investigation” saying he can’t confirm or deny anything. An injury report then aired, saying Hammerstone would only reach a full recovery in eight weeks after suffering a hairline fracture in his ankle.

3. Davey Richards vs. Tom Lawlor in an Opera Cup opening round match. Lawlor taunted Richards before the two locked up. Richards responded by playing to the crowd. The two grappled a lot. Lawlor went at Richards’s arm. Richards stretched Lawlor’s back. Lawlor moved to the ropes for a break. Lawlor went back after Richards’s arm, but Richards took back control by working on Lawlor’s arm in the ropes, including a kick. The action then spilled to the outside.

Back in the ring, Lawlor had control and worked over Richards in the corner. Lawlor then posed. Lawlor went back to working Richards’s arm, but Richards fought his way out with round-kicks. Richards draped Lawlor’s leg over the middle rope and hit a dragon-screw leg-whip. Richards then went to the top and tried for a stomp, but Lawlor moved. Richards worked a sort of reverse figure-four, but Lawlor made it to the ropes for a break.

Richards went for a suplex, but Lawlor blocked it and sunk in a guillotine choke. Richards fought out by working Lawlor’s ankle in a really neat spot. Ultimately, Richards sunk in an ankle lock on Lawlor, but Lawlor rolled out of it. Lawlor went for a pair of choke holds, but Richards hit a back suplex. Richards hit an elbow in the corner and climbed to the top to hit the double stomp. That got him a close near-fall.

As a result, Richards sunk in an ankle lock. Lawlor countered with a Triangle, which turned into an attempt at an arm-lock. Richards got out of that, however, and sunk in the ankle lock while kicking Lawlor in the ass. Lawlor tried to get to the ropes, but before he could, he gave the middle finger and passed out.

Davey Richards defeated Tom Lawlor in 11:46 after Lawlor passed out in an Opera Cup opening round match.

After the match, Holliday went into Duran’s office and said he’s the most marketable man in the sport. He added that he’s the MLW Caribbean Champion. Duran said he was disappointed that Holliday’s girlfriend was checking into his Duran’s affairs. Holliday acted like he didn’t have a girlfriend. Duran then said Holliday will face a surprise opponent. Holliday said Duran would hear from Holliday’s lawyer before leaving the room. It was then announced that Holliday would face King Muertes for the Caribbean Championship next week. A video of a brawl then aired.

McGuire’s Musings: Here’s what I wrote coming out of the tapings: I actually liked the finish and for my money, was even better than Fish vs. Moriarty. You couldn’t think Lawlor was going to repeat in the Opera Cup, so I’d rather him pass out from pain than tap out in a traditional manner. This was a nice win for Richards. The story here was Lawlor working Richards’ arm, both in and out of the ring, but once Richards began attempting his ankle locks, it felt like the end was inevitable. The crowd was behind both wrestlers at different times, including one pretty loud “Filthy Tom” chant.

Here’s what I’ll say now: I didn’t know about the middle finger spot – that was fun. I was too far away to see Lawlor do that, but I kind of love it, now that I saw it. Lawlor is just so good. But I’ll refrain from continuously praising him because I always do when it comes to NJPW. This was the best match of the night and one you should see if you can. Richards looked very good coming out of it and Lawlor sold like a Lionhart. All told, a solid episode of MPW Fusion Alpha, including the final angle, which I will refrain from commenting on, because no spoilers here … because I love you. Trey Miguel Comments On The Importance Of The X Division, More – eWrestlingNews.com 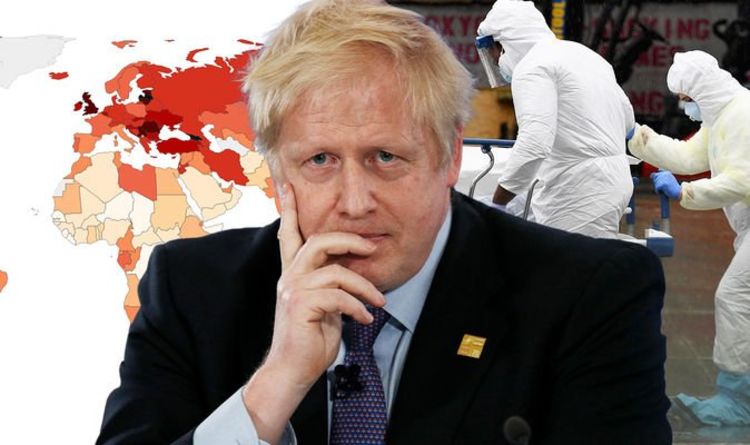 Covid cases MAPPED: UK has HIGHEST case rate in the world – how does your area compare?
1 second ago 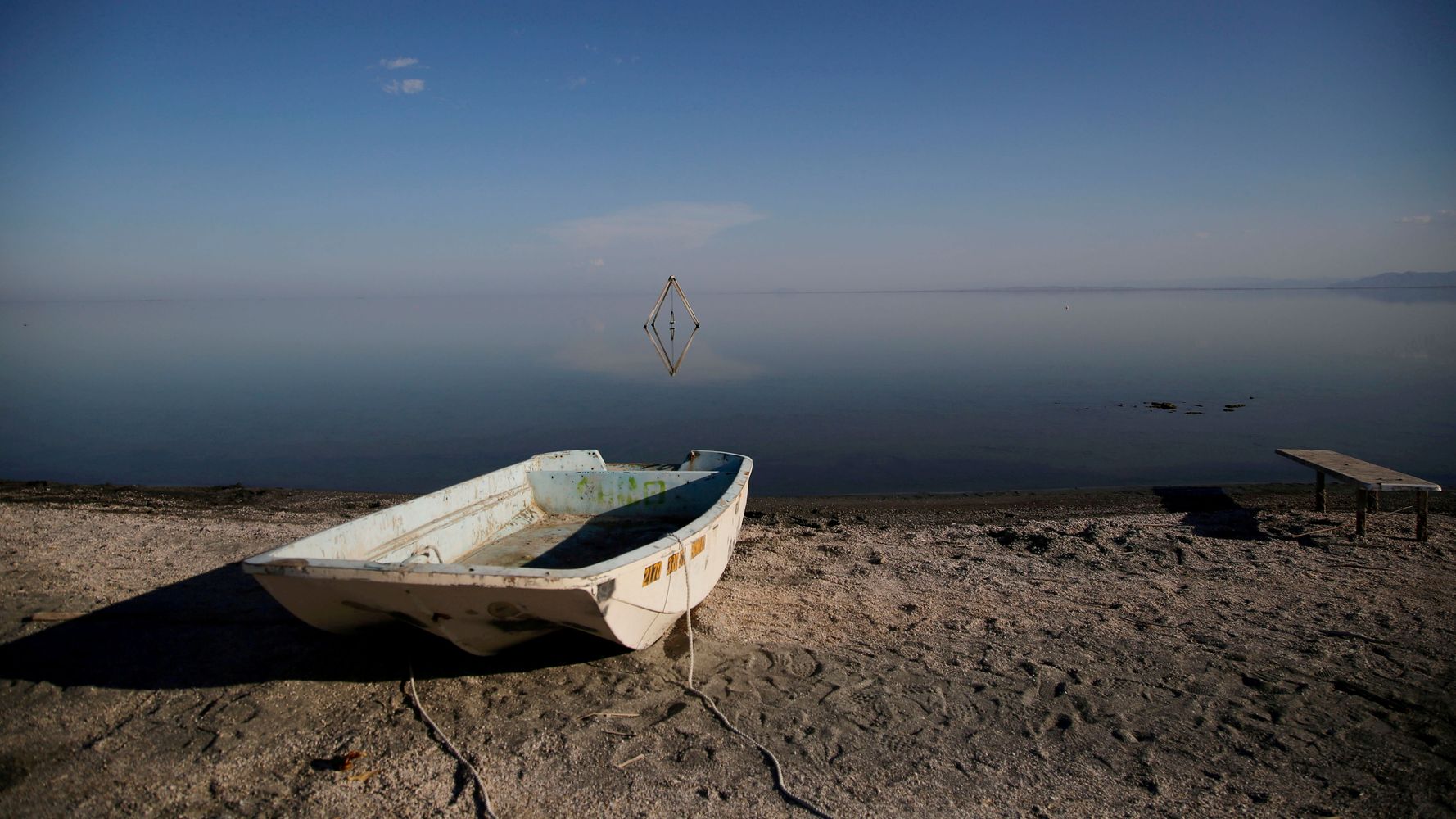 California Now Under Statewide Drought Emergency Amid Driest Year Since 1924

When Is It Time for the Founder to Go?
8 mins ago

When Is It Time for the Founder to Go?