The broadcast team of Kevin Kelly and Alex Koslov checked in, for the second week in a row, without actually showing their faces…

McGuire’s Musings: Call me crazy, but I preferred at least the illusion of the two being in the same building as the wrestling they saw in front of them. But hell. What do I know. The two ran down the card. We are on the Collision 2021 tour.

1. Rocky Romero vs. AJZ. AJZ made his entrance looking like whatever the next generation of Dolph Ziggler is. The two locked up in the middle of the ring to start things and AJZ took down Romero before working a waist-lock. Romero then go to the ropes for a break. AJZ danced a little and went from Ziggler to a lost Gunn brother.

Romero sunk in a side-headlock. AJZ repeatedly tried to escape, but Romero wouldn’t let go. Eventually, AJZ worked his way out, but Romero returned to his side-headlock. Kelly pointed out how AJZ is a product of OVW. After running the ropes, AJZ hit a hard punch on Romero and AJZ went into the ground and pound.

AJZ threw Romero into a corner and worked a series of punches. Romero climbed to the second rope, though, and hit a knee drop on AJZ’s left arm. It wasn’t enough to put AJZ down, however, and AJZ eventually hit a dropkick for a two-count. AJZ then used a rear-chin-lock of his own to take control.

Kelly pointed out that AJZ was a skier. Back on their feet, Romero hit uppercuts and chops before going back to AJZ’s left arm. Romero tried to throw AJZ outside, but AJZ got caught in the ropes. AJZ then jumped over the top to hit a DDT on Romero for a two-count. AJZ went to pick Romero up, but Romero wiggled out and went back to AJZ’s left arm.

With AJZ on the apron, Romero hit the draping dropkick for a two-count. Romero went running, but AJZ caught Romero, lifted Romero and hit a pump-handle power-slam for a near fall. The two then traded blows in the middle of the ring. Romero went for a jumping knee, but AJZ hit one of his own. AJZ then pulled his knee-pad down, but Romero moved when AJZ came after him and went for an arm-bar. AJZ bit his way out of the hold.

AJZ hit a modified front suplex for a two-count. AJZ picked Romero up, but Romero worked his way out and hit a backslide for the win.

McGuire’s Musings: While it was somewhat surprising it went almost 11 minutes, I can’t say this match overstayed its welcome. AJZ feels very green, but Romero did a very good job making sure he looked good. That said, it was also somewhat surprising that AJZ got as much offense as he did, but some of it looked pretty good. I’m not sure about what AJZ’s gimmick is supposed to be – because if it’s the thing where you’re a very good looking, muscular guy who is obnoxiously cocky, we’ve seen that quite a bit in most every company – but it looked like he has some very promising upside. Meanwhile, the story of Romero getting his groove back is one I enjoy. I’m interested to see what’s next in NJPW for both of these guys for very different reasons.

2. Lio Rush and Fred Rosser vs. Hikuleo and El Phantasmo. Phantasmo and Hikuleo made their entrance first and anyone who tells you Phantasmo isn’t entertaining doesn’t know the definition of entertaining. Phantasmo and Rosser started the match, but Hikuleo tagged in for a showdown with Rosser. Hikuleo then tagged back out and Phantasmo entered the ring. Rosser went after Phantasmo, eventually hitting Hikuleo off the apron. Rush then ran in and hit a flip over the top rope onto the heels.

Hikuleo got in the ring and Rosser and Hikuleo went at it. Rush tagged in while the two fought outside. Phantasmo hit a knee and went for the CR2, but Rush countered for a cool-looking two-count. Meanwhile, Rosser and Hikuleo fought to the back. Rush then hit the springboard cutter for the pinfall victory.

Lio Rush and Fred Rosser defeated Hikuleo and El Phantasmo via pinfall in 9:53.

After the match, Rosser and Hikuleo continued to brawl with chairs and tables and everything else. Referees and officials and wrestlers tried to break it all up. “Somebody give Rosser a day off, please,” Koslov said, and it was funny. Backstage, Rosser and Rush cut a promo with Rosser saying he’s been in the business for 19 years and repeatedly referred to Hikuleo as “Uce.” Rush chimed in to say he’s not done with ELP.

McGuire’s Musings: Very good fire from Hikuleo and Rosser. So much so, in fact, that I’m looking forward to next week’s main event. I say it all the time, but Hikuleo is a star and Rosser is elevating him in a very real, very affecting way. Good work all around from everyone. And what a week for ELP. First Impact, where he created a meme with his rope-walking, and now this, where he reminded everyone about how dastardly of a heel he can be. I wonder who goes over next week. Smart money says Hikuleo after tonight, but we’ll see.

3. Clark Connors, TJP, Brody King, and Karl Fredericks vs. Danny Limelight, JR Kratos, Chris Dickinson, and Tom Lawlor in an elimination match. Kelly pointed out that in two weeks, Dickinson will be the first challenger to Filthy Tom Lawlor’s NJPW Strong Openweight Title. Kelly also pointed out that Dickinson made his entrance separate from the rest of Team Filthy. Clark Connors made his entrance to new music and new trunks. Kelly played up how Connors graduated from the LA Dojo.

Fredericks and Lawlor began the match. The two traded holds, but Lawlor eventually took control with a modified full nelson. Fredericks fought back, but Lawlor took control with an elbow after a head-stand. TJP and Limelight tagged in and TJP eventually flipped over Limelight for a dropkick to the face. Connors then tagged in and Connors hit an elbow drop for a one-count.

After a slam, TJP went to the top, but was pushed over by Lawlor before Limelight hit a huracanrana while TJP was on the top. Limelight then hit a Blockbuster from the top, but TJP kicked out after a two. TJP and Limelight traded kicks and Limelight hit a springboard head-stomp. TJP countered with a springboard DDT. King then tagged in and King cleared the ring, but Kratos came in to stop the momentum. The two big men traded elbows. Kratos eventually threw King over the top, after King went for a Cannonball to eliminate King.

Fredericks then ran in, but Kratos worked him over. Kratos then lifted Limelight, who tagged in and landed a double stomp on Fredericks. Fredericks eventually caught Limelight and threw him over the top for an elimination.

Dickinson came in and took control with chops on Fredericks. While Fredericks was on the apron, Limelight came back and pulled him to the outside for the elimination.

Back in the ring, Connors and Kratos faced off, trading blows. TJP then tagged in and lifted Kratos before Connors hit a hell of a spear on Kratos. TJP climbed to the top, but Kratos kicked Connors off, and Connors ran into TJP, eliminating TJP.

Before long, Kratos charged Connors, but Connors pulled down the rope, eliminating Kratos over the top rope.

The last two were Dickinson and Connors and the two traded chops and near-falls. Dickinson eventually hit an elbow and a brain-buster for a good near-fall. Dickinson lifted Connors, but Connors fought his way out and hit a power-slam for a two-count. Connors went for a slam, but Dickinson worked his way out, and sunk in an STF. Dickinson made it to the ropes for a break.

Both wrestlers fought on the apron and traded forearms. Ultimately, Dickinson hit a kick that knocked Connors off the apron for the win.

After the match, Lawlor tried to raise Dickinson’s hand, but it didn’t go as planned at first. Eventually, Dickinson raised his hands, but Danny Limelight hit Dickinson with a low blow. The rest of Team Filthy attacked Dickinson before Brody King came in for the save. Lawlor taunted Dickinson with his belt from the ramp to end the show.

McGuire’s Musings: And the turn between Lawlor and Dickinson is complete. And despite the Mavs not covering against the Raptors, this was fun. I’m genuinely excited to see what happens in two weeks when two of my favorite NJPW Strong personalities face off. The undertone here, in some ways, was to make Connors as much as they could. First with the music, then with the tights, and then with him surviving until the end with top-shelf competitors. That said, he looked great, and he embraced the part very well. With a little work, he could have a hell of a career.

In all, this was a step up from last week’s edition of New Japan Strong. All three matches were very good, if not great, and it moved forward multiple stories. Rosser/Hikuleo should be very good and Dickinson/Lawlor could be great. Still, does anybody know where Kevin Kelly and Alex Koslov are? I’m worried for their well-being. My audio reviews of NJPW Strong are available for Dot Net Members every Saturday. 6/15 NWA Powerrr results: Powell’s review of Fred Rosser vs. JTG vs. El Rudo in a three-way qualifier for the match that will determine the new NWA National Champion, Melina vs. Jennacide vs. Kenzie Paige in a three-way, Aron Stevens vs. PJ Hawx – Pro Wrestling Dot Net 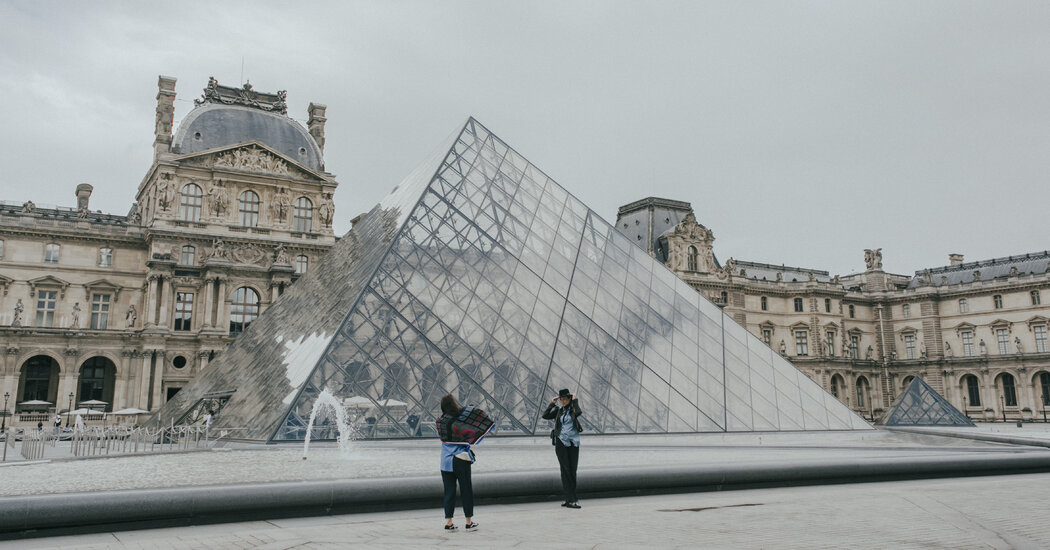 American tourists could soon be allowed freer travel to Europe.
12 seconds ago 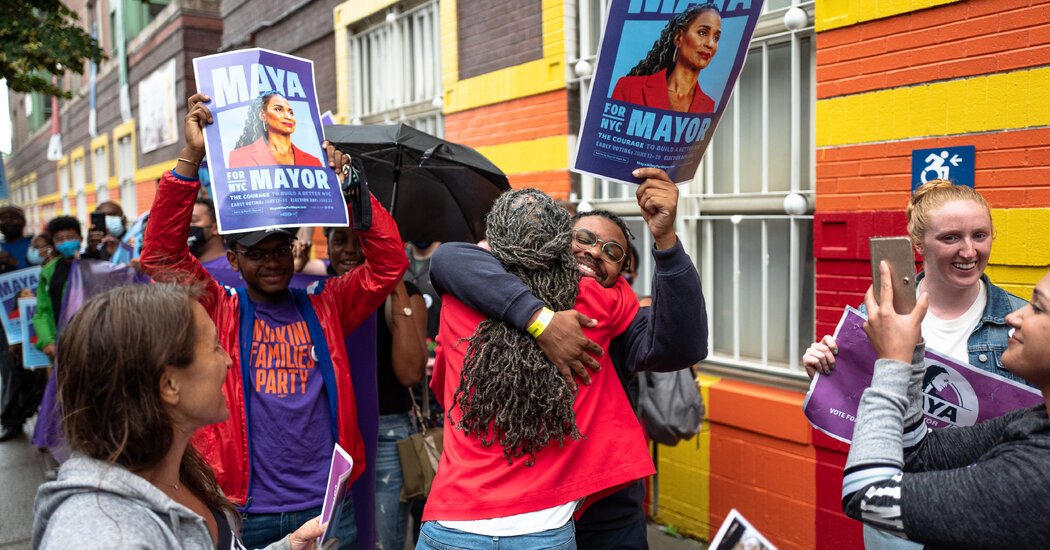