The Powerrr opening aired and then Trevor Murdoch was interviewed at the desk by Kyle Davis. Murdoch said he wanted a shot at the NWA National Championship. He said he was open to any opportunity to face Chris Adonis for the title again. Murdoch called for Adonis to come out and talk to him like a man while saying that he would keep his hands to himself.

NWA Champion Nick Aldis walked out instead. Aldis took issue with Murdoch blaming him for no longer being champion. Aldis told Murdoch to look in the mirror if he wanted to know the reason why he lost the title. Aldis said Murdoch took a match he wasn’t physically ready for and was too dumb to know he was being played.

Aldis said he thinks that Adonis did Murdoch a favor. Aldis said that deep down, Murdoch knows that someone like him isn’t what the NWA needs as a champion. Aldis told him to take the night off, crack open a case of beer or whatever people like him do, while he took the main event spot. Aldis said he would face a young up and comer in an exhibition match and maybe Murdoch would learn something.

Aldis told Murdoch that he’s not championship material. Aldis said that if Murdoch stayed far away from his match, then he might fight himself being granted the opportunity of a lifetime somewhere down the line. Murdoch asked if Aldis was talking about getting a shot at the NWA Title. Aldis said he’s the puppet master. He told Murdoch not to show up for his match and then they could talk about it…

Powell’s POV: A good segment to open the show. It felt a little wonky that Aldis came out instead of Adonis and then made a deal to keep Murdoch out of a match that he had no reason to interfere in before Aldis confronted him. Still, Aldis did a nice job of insulting Murdoch and blue collar viewers in the process.

May Valentine interviewed Slice Boogie, who called out Jax Dane for a match…

Davis introduced Sal Rinauro for his tag match. Rinauro went to the interview desk and said that his partner was on his way. The NWA Tag Champions Aron Stevens and Kratos were introduced.

1. NWA Tag Team Champions Aron Stevens and Kratos vs. Sal Rinauo and a mystery partner in a non-title match. The match started with Rinauo flying solo. Danny Deals eventually walked out, but Kratos knocked him off the apron when he tried to enter the ring. Kratos roughed up Deals at ringside and then slammed his head onto the broadcast desk.

Tim Storm was upset with Kratos and spoke about his dislike of bullies. Kratos returned to the ring and worked over Rinauro with repeated punches. Storm left the broadcast table and stood on the apron. Stevens took issue with his partner’s brutality. Kratos tried to hit Stevens, who ducked, and then Storm punched Kratos, who was rolled up and pinned by Rinauro.

The ring announcer named Rinauro and Storm as the winners. Stevens and Kratos bickered afterward. Storm raised the arm of Rinauo, who then hugged him…

Powell’s POV: A cute way to get Storm involved in the feud. It still feels like there’s a little too much going on with Stevens and Kratos bickering, but we’ll see where it goes.

Galli and Sky asked Storm about how involvement and how it felt. Storm said it felt awkward and he credited Rinauro with doing all the work. Storm also spoke about Stevens and Kratos having a chemistry issue…

Davis interviewed NWA TV Champion Pope, Tyrus, and Austin Idol at the interview desk. Pope questioned Tyrus’s motivation. Tyrus boasted about his television ventures and said he’s a star in and out of the ring. Tyrus credited Pope with helping him when he broke in, but he said something about Pope always bothered him.

Tyrus, who intimidated Davis, said Pope surrounded himself with others and was never actually the man. Tyrus said Pope finally became as great as he knew he could be. Tyrus said the NWA TV Title belongs to Idol. Tyrus said that as much as he loves Pope, he’s in his way and he has what he wants.

Pope said he doesn’t care what Tyrus wants. He said there are wrestlers who work hard for shots, whereas Tyrus walks in and thinks he deserves it. He told Tyrus to prove himself. He said he’s dealt with politics and had the rug pulled out from under him, but he wouldn’t let Tyrus take his title. Tyrus got upset and said Pope was putting others in harms way.

Pope made it clear that he doesn’t fear Tyrus, who walked away with Idol. Tyrus and Idol spoke by the entrance curtain. Tyrus removed his t-shirt and accessories and headed to the ring where Matt Cross and Marshe Rockett were about to have a match…

2. Tyrus (w/Austin Idol) vs. Matt Cross vs. Marshe Rockett in a three-way for an NWA TV Title shot. Tyrus was cleared to ringside. Cross went for a cross body block from the middle rope, but Rockett caught him and slammed him to the mat. Tyrus was shown talking with Idol at ringside. Cross came back and performed a shooting star press and had the pin, but Tyrus returned to break it up. Tyrus cleared Cross and then covered Rockett for the win…

Tyrus defeated Matt Cross and Marshe Rockett in a three-way to become No. 1 contender to the NWA TV Title.

Powell’s POV: The verbal exchange between Pope and Tyrus that preceded the match was solid, though it also made the outcome of the match feel highly predictable. Even so, they got to where they obviously wanted to go with Pope vs. Tyrus meeting in a future title match.

An ad aired for an NWA podcast…

Valentine interviewed Thom Latimer and Chris Adonis, who spoke about going after the tag titles. Adonis said Strictly Business would be waiting if Trevor Murdoch decided to show up…

3. Kamille vs. Jennacide. The wrestlers had an early test of strength. Kamille broke it and threw a knee to the gut of Jennacide, who came back with a bodyslam. Storm said it was the first time they’d seen Kamille picked up and slammed. Kamille returned the favor with a bodyslam of her own. Kamille slammed Jennacide’s head into each corner, then Jennacide slammed Kamille’s head into the same pad repeatedly.

Jennacide hit Kamille with a big boot in the corner, then threw knees to her abdomen. Kamille came back with a spinning heel kick. Kamille mounted Jennacide and threw punches at her. Kamille performed a power slam and got just a one count. Jennacide performed a DDT for a two count. Storm said he couldn’t recall anyone getting a two count on Kamille.

After the match, Melina came out and entered the ring. Melina told Kamille that she’s not indestructible. Kamille speared Melina. Thunder Rosa came out and barked at Kamille from the floor…

Powell’s POV: A good match in terms of Kamille going over, yet Jennacide really gaining something in defeat. But now we need to learn something about Jennacide. Who is she? What’s up with the strange face paint? Storm was very good on commentary when it came to getting over Jennacide pushing Kamille to the limit. Sky has her moments, but it’s a real struggle to hear her over the background noise more often than not. I don’t think it’s an audio mix issue as much as she needs to develop her broadcaster voice and speak up.

4. NWA Champion Nick Aldis vs. Jordan Clearwater in a non-title exhibition match. Aldis offered a handshake, which Clearwater accepted. As they locked up, Trevor Murdoch fought Chris Adonis and Thom Latimer from the backstage area into the studio. The referee called off the match while the brawl continued.

Nick Aldis vs. Jordan Clearwater was ruled a no-contest.

Murdoch was outnumbered and rolled inside the ring. Aldis watched as Adonis performed a Full Nelson Slam while Galli recalled that Murdoch had an injured neck and back. Aldis high-fived Adonis and Latimer, and then the credits rolled to close the show…

Powell’s POV: Damn. I was really looking forward to Aldis vs. Clearwater and we didn’t even get a taste of it. Hopefully they come back with that match next week or at some point. The angle was fine as they continue to make Murdoch a sympathetic common man babyface. That persona should really work if they are building to him facing the arrogant heel champion Aldis. Overall, this was an entertaining episode that flew by quickly.

Eric Bischoff: AEW Needs To Go Head-To-Head With WWE To Actually Compete With It 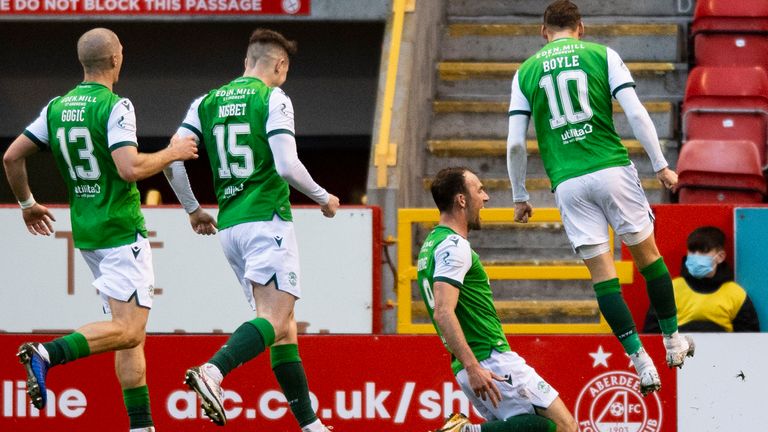 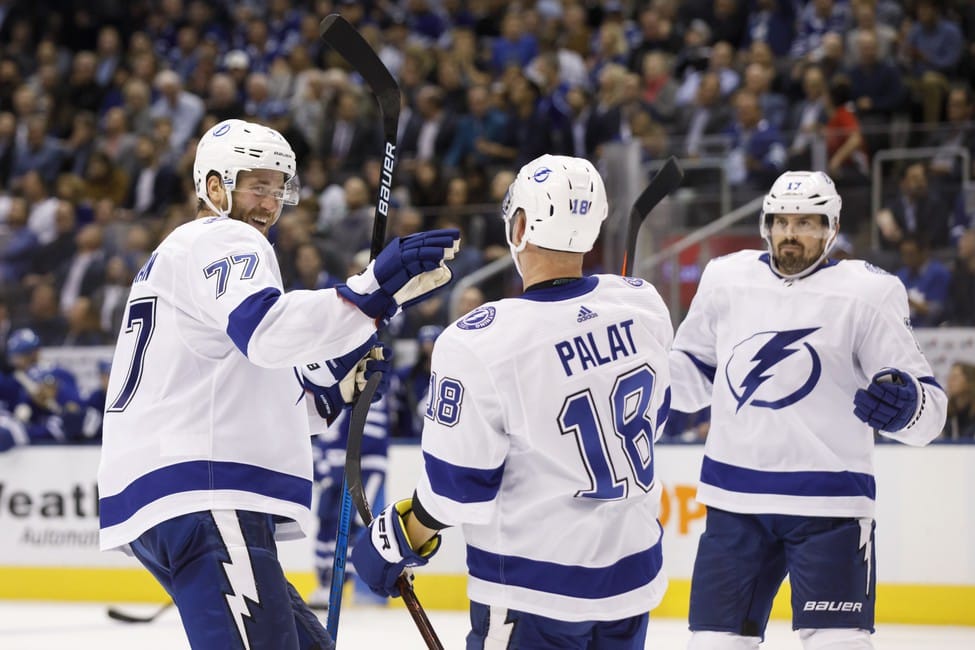 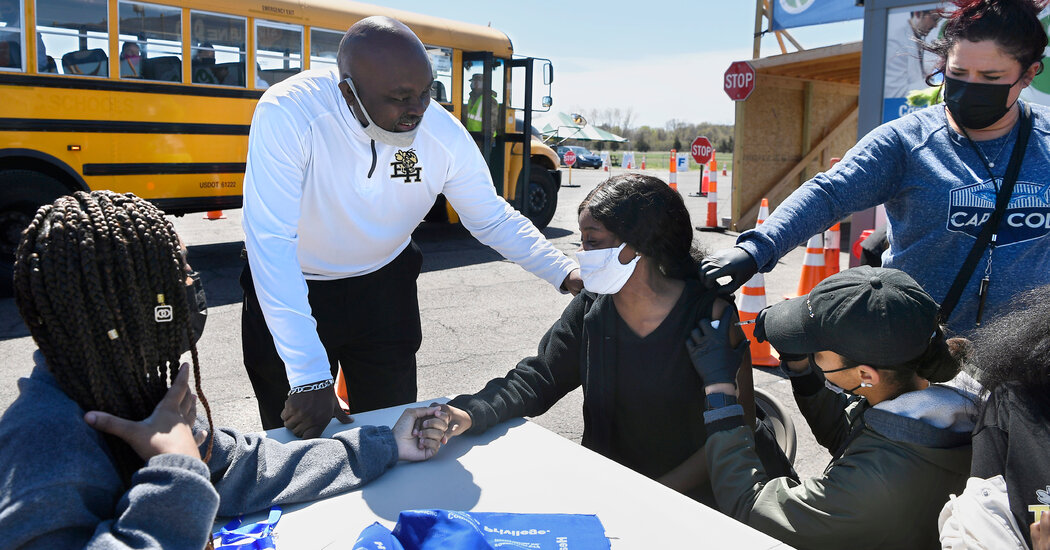 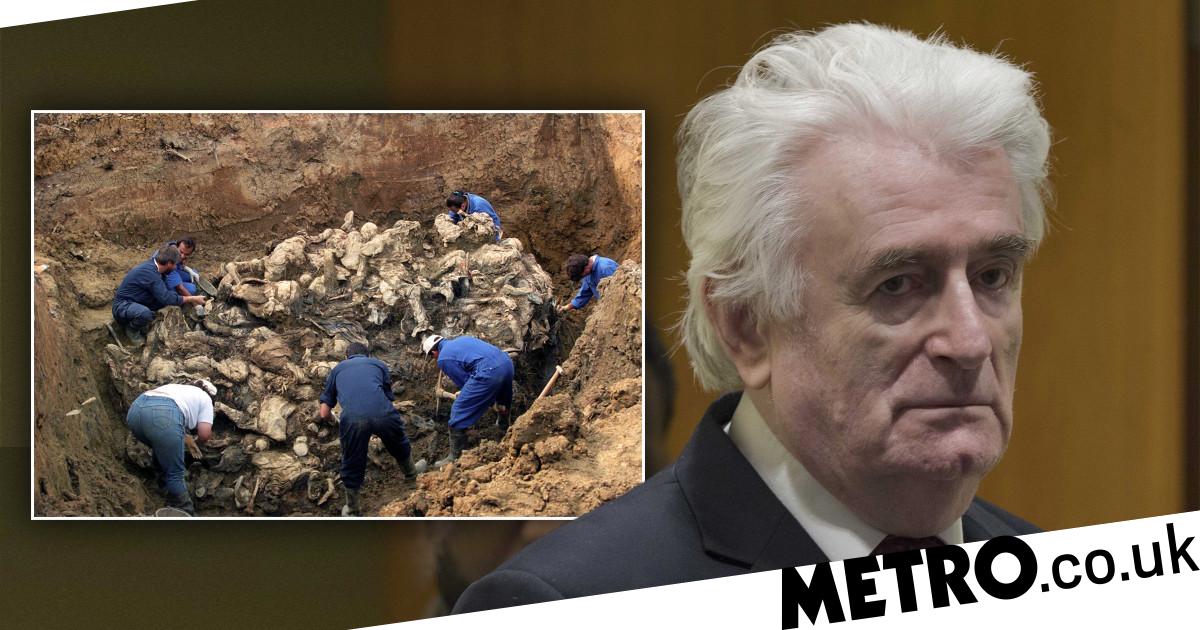