We’re on to Week 3, and injuries and unexpected twists (like Brandon Aiyuk) are already causing us to reach deep into our bag of fantasy sleepers to create optimal lineups for our matchups. This week, Rondale Moore and Quintez Cephus are among the top sleepers who could be in line for bigger days than we usually expect, but they’re not the only guys on the start ’em, sit ’em bubble who could come through this week.

So far this year, we’ve seen quarterbacks Daniel Jones, Derek Carr, and Teddy Bridgewater vastly outperform some of the studs at the position, while players like James White, Kenyan Drake, and Jared Cook have been thrust into bigger roles than we expected. Still, there’s always a lag in reacting among the fantasy community, so you can create a real edge for yourself if you’re up to date on all things sleepers. This isn’t only a big picture process, but a week-to-week chore.

Last week, we swung for the fences with Trey Sermon and Ronald Jones but went behind 0-2 in the count. We also whiffed big on tight ends once again with Gerald Everett, Dalton Schultz, and Cole Kmet, but tight end production around the league is just awful thus far. However, we do get some credit for Teddy Bridgewater, Rondale Moore, and Mike Williams, right? This is a sleeper list after all — we’re not here to come with weak takes and obvious must-starts.

So, don’t start all of these guys if you have them. Use them if you have injury issues or other borderline players with tough matchups. If nothing else, take a shot on them in DFS contests and see if they can hit it big for you.

James Conner, Cardinals @ Jaguars (Jackson Sparks). We knew Conner was brought in to do most of this work on the ground, but he’s been largely ineffective thus far through two weeks. He’s rushed 24 times for 79 yards and has yet to hit the end zone. However, this game feels like a blowout, so Conner should be called upon to move the chains as the Cardinals finish the game out. Chase Edmonds is far more dynamic in the passing game, so the idea here is the Cards will rest him when the game gets out of hand. Jacksonville has given up 128 rushing yards/game thus far, and Houston produced three running backs with solid fantasy outings against it in Week 1.

James White, Patriots vs. Saints (Vinnie Iyer). White is back in the mix doing a lot in the passing game, and the Saints are vulnerable there. He’s a flex in any kind of PPR.

Kenyan Drake, Raiders vs. Dolphins (Matt Lutovsky). Drake has disappointed this year — nothing more disappointing than the fact Peyton Barber led the Raiders in carries last week when Josh Jacobs (toe, ankle) was out. Still, it’s clear Drake is the primary receiving back, catching 10-of-11 targets for 105 yards. With Jacobs once again banged up, Drake should see a good amount of work against a Miami defense that’s struggled against RBs all year. He should do enough to be a flex in PPR leagues.

Daniel Jones, Giants vs. Falcons (Sparks). It’s wheels up for Danny Dimes in the Giants’ home-opener. Through the first two weeks, Jones is the QB5 in all of fantasy football. That’s not a typo. Now, he faces off with Atlanta, who is dead last in fantasy points allowed to quarterbacks (29.05) thus far. No, he’s not Tom Brady, but he’s rushed for over 100 yards and two touchdowns this year, so he can put up monster numbers just like Brady and Jalen Hurts did against the Falcons. With Saquon Barkley still trying to get back into a rhythm, Jones’ legs are being utilized and helping fantasy owners.

Teddy Bridgewater, Broncos vs. Jets (Iyer). Bridgewater has come out dealing for Denver and will get all of his primary targets involved for strong days.

Trevor Lawrence, Jaguars vs. Cardinals (Lutovsky). It’s been a rough start for Lawrence and the Jags, but the Cardinals will force Jacksonville to pass to keep up, be it early in the game or during garbage time. Either way, Lawrence will have a chance to produce with his talented group of pass-catchers, even if it comes with a few mistakes.

Darnell Mooney, Bears @ Browns (Sparks). Mooney is especially attractive in PPR leagues, as he’s caught 11-of-15 targets through two games of 2021. It’s looking like Justin Fields is going to start for Chicago, and Mooney can serve as his safety blanket as he eases into the game. Allen Robinson is there, of course, but a young rookie may be gun-shy about pushing the ball downfield and/or outside the numbers early on. The Browns’ defense gave up passing touchdowns to both Tyrod Taylor and Davis Mills, so Fields can find success with Mooney.

Rondale Moore, Cardinals @ Jaguars (Iyer). We’re not chasing box scores with Moore. The Jaguars’ defense is slow on the backend and has no one to contain this missile away from’ Nuk.

Quintez Cephus, Lions vs. Ravens (Lutovsky). Cephus has averaged 6.5 targets per game and scored two weeks in a row. He’s as close to a No. 1 wide receiver as there is in Detroit, and he’s heading into a game against the worst pass defense in the league. Yes, seriously — the Ravens are dead last in yards allowed through the air. Improvement is coming, but expect Cephus and the Lions to have ample garbage-time opportunities again.

Jared Cook, Chargers @ Cheifs (Sparks). We always want to target players who should be in shootouts, especially at a scarce position like tight end. Cook has drawn 13 targets through two weeks, catching eight for 84 yards. He also had a pair of touchdowns called back last week due to penalty, so he’s obviously in Justin Herbert’s mind in the red zone. This game should feature a ridiculous number of passing attempts on each side, so there will be plenty of work to go around. While Keenan Allen is a stud, Cook is probably the No. 2 option in the red zone behind Mike Williams for LA.

Austin Hooper, Browns vs. Bears (Iyer). Hooper will be needed in the tight end-heavy attack with all their wideout issues, and Baker Mayfield trusts him.

Evan Engram, Giants vs. Falcons (Lutovsky). This is how bad the TE position has been — we’re recommending Engram despite him not playing yet this year because of a calf injury. The Falcons were torched by Eagles’ TEs in Week 1 and Rob Gronkowski in Week 2, so the trends are in Engram’s favor if he returns.

Chicago Bears @ Cleveland Browns (Sparks). The Bears got carved up in Week 1 at the Rams, but it appears L.A. is just going to do that to everyone. In Week 2, the Bears forced four turnovers and scored on a pick-six, limiting the Bengals to three points through three quarters. That’s more like what you’d expect a defense with so much talent. The Browns will be without Jarvis Landry (knee) and while Odell Beckham Jr. (knee) looks on track to play, he’ll draw tough coverage in his first game back from a torn ACL. Baker Mayfield has thrown an interception in both of his first two games, and the Bears’ defense is the best he’ll have seen so far this season.

Cincinnati Bengals @ Steelers (Iyer). Here’s giving you a readily available option that is a guarantee to rack up more sacks on Ben Roethlisberger.

Las Vegas Raiders vs. Dolphins (Lutovsky). Las Vegas has done an admirable job against the Ravens and Steelers, piling up five sacks and three takeaways. This week, they return to Vegas to take on an ailing Tua Tagovailoa or Jacoby Brissett. Either way, expect some big plays from the D/ST and a low score for the Dolphins. 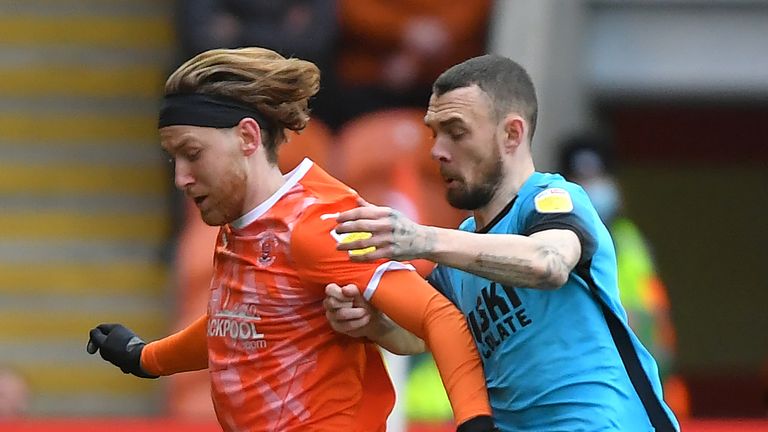