Jones, the 28-year-old double Olympic taekwondo champion, will start her day’s work in the early hours of the morning British time, with the round of 16 and quarter-finals.

In total, 18 meals will be on offer on Sunday including the first medals in the swimming pool. Skateboarding will take centre stage for the first time at the Games too and if conditions allow, the surfing will start with its opening rounds.

What not to miss

Jones’ progress in taekwondo’s -57kg category will be followed eagerly as she is one of four British women who could make history in Tokyo.

No British female has ever won gold medals at three separate Olympic Games however, Jones, Laura Kenny, Helen Glover and Charlotte Dujardin all arrived at this Games with a chance to do that. 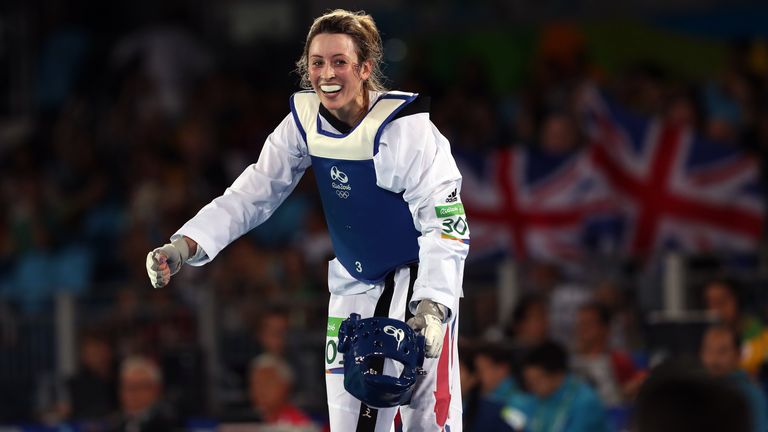 I’m just obsessed with winning. That feeling of being on top of the podium, with the national anthem playing and winning the Olympics, after all of the training and sacrifices is the best feeling ever. I’m just greedy, I just want to win it again. To do something that no-one’s done, I’d be able to retire happy and put my feet up!

Jones, the two-time reigning Olympic champion, has openly said that anything less than gold is “a fail” in her eyes. Her victories in London and Rio were in front of packed houses, but this time around she’ll need to dig deep and produce without the roar of a crowd, or her family watching.

Since Rio, Jones has won both the World and European titles, and having been the defending champion before, she knows what it’s like to enter a competition with a target on her back. 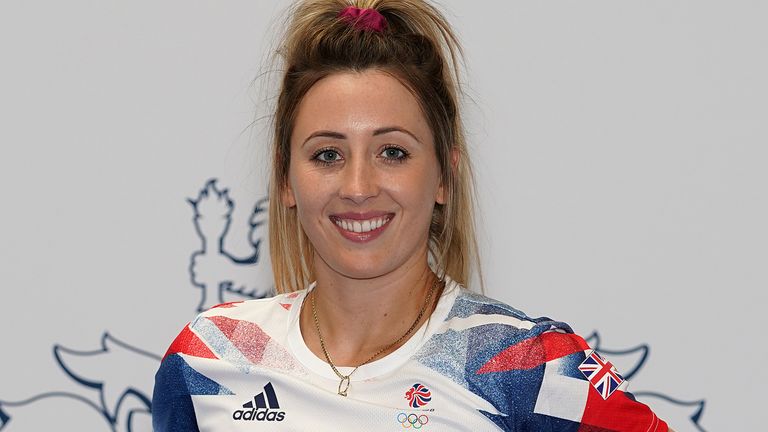 Sky Sports Scholar Max Litchfield will be taking to the pool at his second Olympic Games in the 400m individual medley final.

In 2019, he followed up a maiden senior European medal with a first international title at the European Short Course Championships. After missing the 2018 Commonwealth Games due to injury, Litchfield will be eager to show what he’s made of on the big stage.

With Daiya Seto – the swimmer who has won three of the past four world titles – swimming in a home pool, and Chase Kalisz moving closer towards the time that secured his 2017 world title, Litchfield, and every other athlete in the pool, will be under pressure.

Simone Biles will take to the Ariake Gymnastics Centre and lead Team USA in women’s qualifying.

At this Games, the five-time Olympic medallist is also aiming to become the first woman to win back-to-back Olympic all-around golds in over 50 years.

Biles has not lost a competition since 2013 and has already stunned in training by showcasing the Yurchenko Double Pike vault. Prior to Biles performing it at the US Classic in April, no female gymnast had attempted it in competition

If Biles performs the vault successfully at the Olympics, then it would then take her name in gymnastics’ code, a skill is named after the person who first performs it at a major competition.

Another of Biles’ most famous skills will be showcased on the floor and it’s already named after her. She first delivered the triple twisting, double backflip – the triple-double – in 2019 and still no other woman has done it in competition.

Also in action in the taekwondo will be Bradly Sinden. The 22-year-old became Great Britain’s first male world champion following a victory at the 2019 World Championships and took up the sport to follow in his sister’s footsteps.

Sinden takes part in the -68kg weight division and his outlook on the Games’ delay is that it’s given him an extra year to refine the tactics that he needs to secure gold.

Great Britain’s women’s hockey team – the outfit that famously secured gold after a winner-takes-all penalty shootout in Rio – will kick-start their campaign on Sunday. The men’s side played their first pool match on Saturday.

The team are situated in Pool A alongside their first opponents of the Games, Germany. India, the Netherlands, South Africa and the 2018 Hockey Women’s World Cup runners-up, Ireland, are also present.

The two teams ranked second and third in the world – Australia and Argentina – sit together in Pool B alongside New Zealand, Spain, China and Japan.

Following the group matches, the quarter-finals will start on Monday, August 2 at the Oi Hockey Stadium and the gold medal match will follow on Friday, August 6.

“It’s not an arrogant thing, it’s just a mindset that we’ve built up,” Peaty said. “I want to go out there and do what I do. And if I do perform, then I don’t think many people would get close.”

Success in his semi-final would see the world record holder swim for a second 100m breaststroke Olympic title on Monday.

We take a closer look at the array of new events to get excited about at the Olympic Games.

Where the medals will be won

At the Ariake Sports Park, the men’s street event will open skateboarding’s Olympic journey. At 00:30am BST the first of four preliminary heats will take place before the men’s street final starts at 4:25am BST.

There will be 20 skaters starting the day, with around eight making the final showdown. Four-time World Championship and 12-time Summer X Games winner Nyjah Huston is the hot favourite, but he lost out to Japan’s Yuto Horigome in the Olympic qualifying event in June.

In cycling, the women’s road race will take place with the traditionally strong Dutch team arriving with power in their ranks again. They have won the last four World Championships’ road races, as well as the events at London 2012 and Rio 2016.

Within the peloton of 67 riders, there will be Marianne Vos and Anna van der Breggen – the gold medallists in 2012 and 2016 – while Australia’s Amanda Spratt and Italy’s Elisa Borghini will be looking to make waves too.

The top placings in women’s team archery, women’s synchronised 3m springboard diving and the women’s foil and men’s epee fencing will also be decided over the course of Sunday too. How Aaron Rodgers, Packers stunned 49ers in half a minute on ‘Sunday Night Football’