There are many good movies that have been made about chess. But nothing on film was able to capture the game from a modern perspective as well as “The Queen’s Gambit” did on television.

The 2020 Neflix miniseries has been a runaway scripted hit for the network since it premiered last Oct. 23. “The Queen Gambit” tells the story of chess prodigy Beth Harmon through the tumultuous 1950s and 1960s, from learning the game as an orphaned girl through her rise into a world-renowned champion, defeating drug and alcohol addiction along with several grandmasters along the way.

“The Queen’s Gambit” has been well received by audiences and critics alike for its wonderful script, great acting, dramatic direction and cinematic brilliance. It’s bound to be a Golden Globes-winner this year, as the show is nominated for best limited series and Anya Taylor-Joy, who stars as Harmon, has a nod for best actress in a limited series.

Not only has “The Queen’s Gambit” been a pop-culture sensation in its own right, but it’s also ushered in a whole new era of chess fans and renewed interest for many wanting to play the game. If you haven’t made the opening move to see “The Queen’s Gambit” yet or want to be reminded why it’s the king of all things chess, here’s a viewers guide to streaming the series:

Is ‘The Queen’s Gambit’ a true story?

Although Harmon has an amazing, adventurous story of a fearless woman conquering a lot more than chess, “The Queen’s Gambit” miniseries is based on the same-named 1983 novel of fiction by the late Walter Tevis. Tevis wrote six novels, and before “The Queen’s Gambit”, his two most famous were about a different parlor game — billiards. “The Hustler” and “The Color of Money” were later made into movies starring Paul Newman, with the latter featuring Tom Cruise and directed by Martin Scorsese in 1986.

Although there are theories that Harmon’s character is based on a real-life chess prodigy, Tevis told The New York Times that he wrote the book as “a tribute to brainy women.” For accuracy on the chess play, U.S. national master Bruce Pandolfini served as consultant for both the book and the miniseries.

Scott Frank, the talented screenwriter for movies such as “Out of Sight” and “Logan”, wrote and directed “The Queen’s Gambit” adaptation, with Allan Scott serving as co-creator. But there’s no indication that “The Queen Gambit” is more than a work of fiction.

The coming-of-age story begins when Harmon is 9 years old growing up in Lexington, Kentucky, when she is sent to orphanage following the death of her mother in an automobile accident. It goes through how Harmon learns to master chess at such a young age and follows her life as an adopted teenager, showing how she became an international sensation before her 20s. The miniseries, like the book, ends in the late 1960s with a thrilling conclusion in chess-crazed Russia.

Taylor-Joy is a wicked delight as Harmon, after her spectacular starring turn in the new film version of “Emma”, which earned her a second 2020 Golden Globe nomination for best actress for a motion picture comedy or musical.

There are many other men and women who deliver as a strong cast around Taylor-Joy, but writer and director Marielle Heller stands out acting as Alma, Beth’s heavy-drinking but highly supportive adoptive mother.

“Harry Potter” movie fans also will recognize Harry Melling, aka Dudley Dursley, who plays Harry Beltik. Another British actor featured in “The Queen’s Gambit” is Thomas Brodie-Sangster, best known for his younger roles in “Love Actually” and “Game of Thrones.”

How to watch ‘The Queen’s Gambit’

All seven episodes of the miniseries remain available to stream for subscribers of Netflix. According to Variety magazine, “The Queen’s Gambit” was seen by 62 million households within one month of its October 23, 2020 release.

Will there be another season of ‘The Queen’s Gambit’?

Although Taylor-Joy has stated she doesn’t mind seeing where Harmon’s chess-playing life might go next with her remaining in the role, there are no plans for a sequel, despite how successful “The Queen’s Gambit” was for Netflix. There was no second, follow-up novel from Tevis about Harmon and Frank also confirmed her story on the screen, for now, has ended.

What is ‘The Queen’s Gambit’ in chess?

“The Queen’s Gambit” miniseries is a play on words involving the most powerful chess piece and how Harmon reigns over the game. But it also is this classic two-step opening move:

For the uninitiated, that’s a move in which White, the color that plays first, goes for a “gambit”, which can be classified as an intended sacrifice of the pawn that aligns one square above the left bishop. While White begins by moving the pawn in front of the king two spaces forward, Black does the same. Then White brings up the second, c-pawn to try to bait Black into an apparent advantageous move that comes with a hidden disadvantage.

“The Queen’s Gambit” was first known to be mentioned and invented in 1490, but only started becoming a popular move during a 1873 tournament in Vienna, and reached the height of its game usage in the late 1920s and early 1930s. The symmetrical opening became less frequent in international play after the mid-1940s, or before “The Queen’s Gambit” miniseries and Harmon’s story takes place.

“The Queen’s Gambit” seven episode titles are also, as one might expect, allusions to chess lingo. The length of each episode ranges from 46 to 67 minutes. Here’s a quick synopsis of each episode.

1. Openings. Beth’s story begins with her life at the orphanage, which is responsible for both her chess brilliance and her addiction to tranquilizers. She learns from Mr. Shaibel, the janitor, in the basement, while creating a tight friendship with Jolene.

2. Exchanges. The story turns to Beth’s life with adoptive mother Alma and her offen absent adoptive father and how she gets to playing high-level competitive chess as a teenager, with some help from Alma and Mr. Shaibel.

3. Doubled Pawns. Beth starts winning money playing chess to support herself and Alma, starting with a tournament in Cincinnati. She also experiences a setback while in Las Vegas for the 1966 U.S. Open of chess.

4. Middle Game. Beth learns Russian to prepare herself better for international play while also succumbing more to drug and alcohol addiction. She travels with Alma to compete in a tournament in Mexico City upon high-school graduation. running into two different Russians, 13-year-old fellow prodigy Georgi Girev and seasoned world champion Vasily Borgov. Beth suffers a couple of tough losses, both at and away from the board.

5. Fork. Beth returns to her Kentucky home and once again meets Harry, against whom she had one of her first big wins. They build a stronger relationship, but Beth stays focused on further improving her chess to increase her chances of winning bigger overseas. Beth plays in the 1967 U.S. Open in Ohio, encountering former rival turned new mentor Benny Watts.

6. Adjournment. Beth continues training for a tournament in Paris with Benny in New York. The chess there doesn’t go as planned with Borgov, as drugs and alcohol once again get the better of Beth. Her addiction reaches dangerous levels while back in Kentucky, causing great concern for Harry. She also reunites with Jolene after many years.

7. End Game. Jolene informs Beth of another big personal loss, which causes Beth to revisit her past in the orphanage. Beth rediscovers focus in the game and with her life. Jolene helps Beth get back on track and to Moscow, for a Soviet invitational tournament during the height of the Cold War. Beth realizes she has full support of all the friends she’s made along the way in her pursuit of defeating Borgov. Beth redeems herself, breaking free from her addiction and playing her best chess yet. Her journey ends like it began, appreciating the game and finding joy in life again. 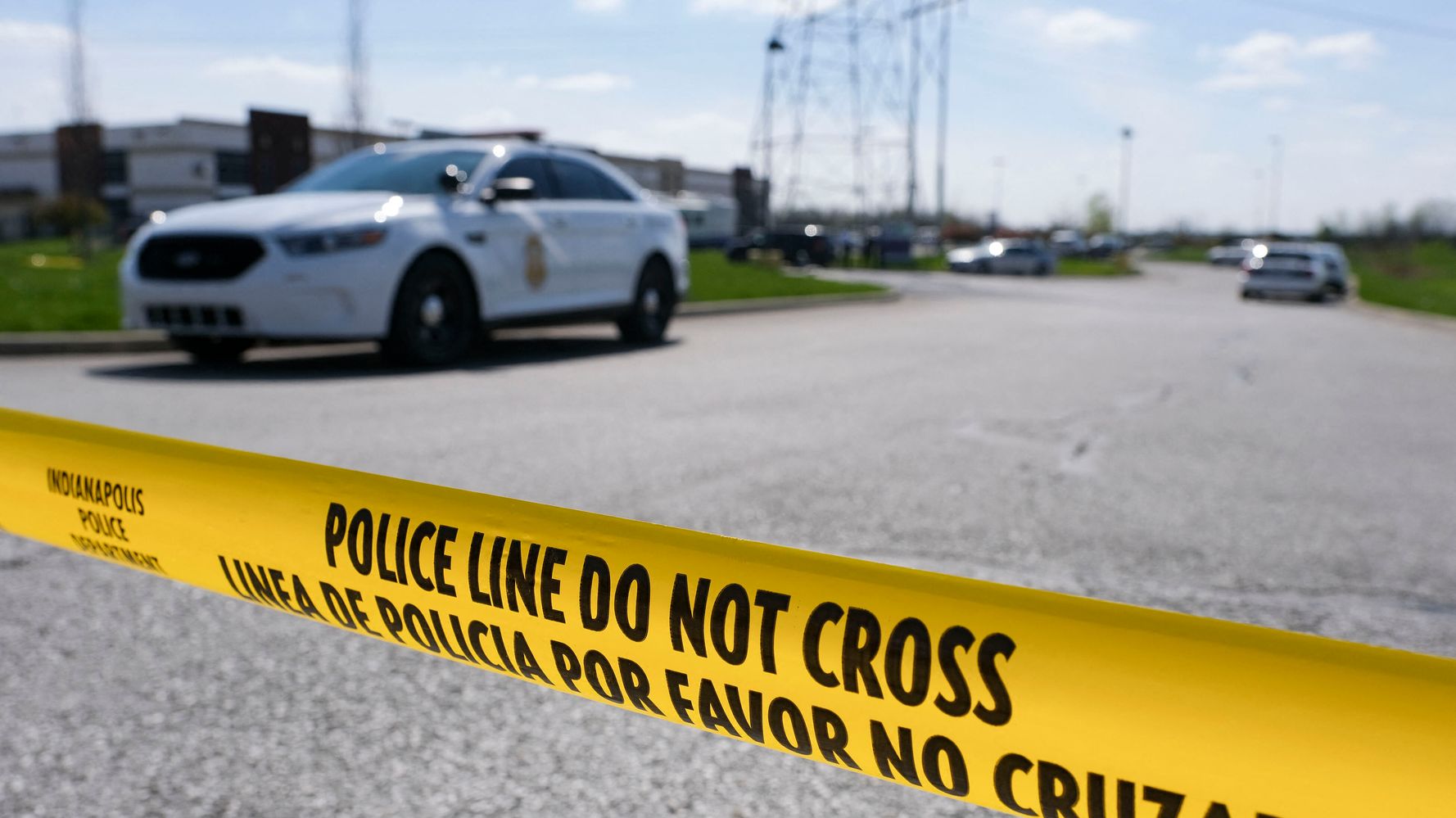 Who won the NASCAR race yesterday? Complete results from Richmond race
9 mins ago