It is the sort of content that Twitter meme accounts live for. For £35 million ($48 million) Manchester United are signing a world champion, triple Champions League winner and (at the peak of his powers) one of the best center backs of his generation (Raphael  Varane). For about £15 million ($20 million) more Arsenal are getting a player whose only silverware was won in the second tier of English football (Ben White).

You can feel the retweets flooding in as we speak. Surely there must be a Stephen A Smith video to express my befuddlement/delight/fury? Manchester United might not have beaten Arsenal in over two years but they have won at what is universally acknowledged to be the most important part of the modern footballing landscape: the acquisition of new employees.

Oh if it were so simple. Here, with crushing inevitability, comes a helpful reminder that 280 characters and a fancy Photoshopped image just cannot give you the context you require when assessing transfers.

From the outset it is worth noting that White, who can occupy one of the eight homegrown slots clubs must fill in their Premier League squads, is four-and-a-half years younger than Varane. That is an awful lot more miles on the clock, such that come the end of the Frenchman’s contract at Old Trafford he will be well into his 30s and, should his fitness hold out over a four-year contract, it is reasonable to estimate he would have played around 650 games. There are unlikely to be many clubs ready to give United back much of what they are investing in the French center back.

Unless White, whose medical is scheduled to take place on Wednesday, is the sort of disastrous addition that Arsenal have been known to make in the heart of their defense, he should be the sort of player that they can move on, potentially even at a profit. The likes of Manchester City, Chelsea and Everton were also tracking the England international — albeit not with anywhere near the same vigor as the Gunners — and should White make a success of his time at the Emirates Stadium they might even make a profit on him.

In the meantime it is not as if Arsenal will be paying White a king’s ransom. Personal terms were swiftly agreed with the 23-year-old whilst the clubs haggled over the fees, whilst he is expected to have a salary of around £100,000-a-week. Certainly that is not a pay packet to be sniffed at but it pales in comparison to what United’s new center back is likely to take home.

Varane has won everything there is to win in the modern game. His signature is not as a long-term piece in a multi-season rebuild but the move that is supposed to take Manchester United over the top domestically and in the Champions League. He is going to be paid like that sort of player.

Real Madrid already paid one center back that sort of salary, blowing the bank to bring in David Alaba from Bayern Munich on a free transfer. They felt unable to do the same for Varane, who was approaching the final year of his contract and could have negotiated a move to Old Trafford from January 1.

That points the most befuddling but important factor in why Brighton got more for White, out of contract in 2024, than Madrid got for Varane. The Seagulls, who in the 1996-97 season generated just $1.5 million in revenue, did not feel the same pressure to sell.

Both clubs have taken financial hits from the pandemic but the scales are altogether different. It may have been Brighton who registered a loss in their 2019-20 accounts but the financial picture is altogether less rosey at the Santiago Bernabeu. For one thing there is the loss of matchday revenue for Madrid, worth $131 million according to Deloitte’s most recent Football Money League. A year without fans at the Amex equated to a loss in matchday revenue of around $27.5 million for Brighton. The coronavirus pandemic brought such an existential threat to Madrid that they were prepared to rip European football apart at the seams for the quick buck that came with the Super League. For Brighton’s hierarchy you suspect it is the possibility of relegation from the Premier League — and the attendant loss of over £100 million in broadcast revenue — that gives them sleepless nights.

Meanwhile Madrid have a stadium renovation to pay for and a host of big earners from Gareth Bale to Isco via Eden Hazard who they would struggle to find any suitors for. If not Varane then who could have been sold? Perhaps only the bright young things such as Vinicius Junior and Federico Valverde, hardly the ideal way to address an aging squad that may be past its prime.

As for Brighton, should they have decided not to sell their England international center back but felt compelled to cash in on another player they could have simply have tested the waters for Yves Bissouma, Moises Caicedo or Tariq Lamptey. Their squad is not short on players who tick many of the boxes that White does for Arsenal.

Ultimately Madrid had a player minded to try something new with a year left on his contract and a relatively limited collection of suitors who could match his demands. And that is why they are set to earn so much less from Raphael Varane than Brighton are going to get for the Newport County player of the year 2017-18. 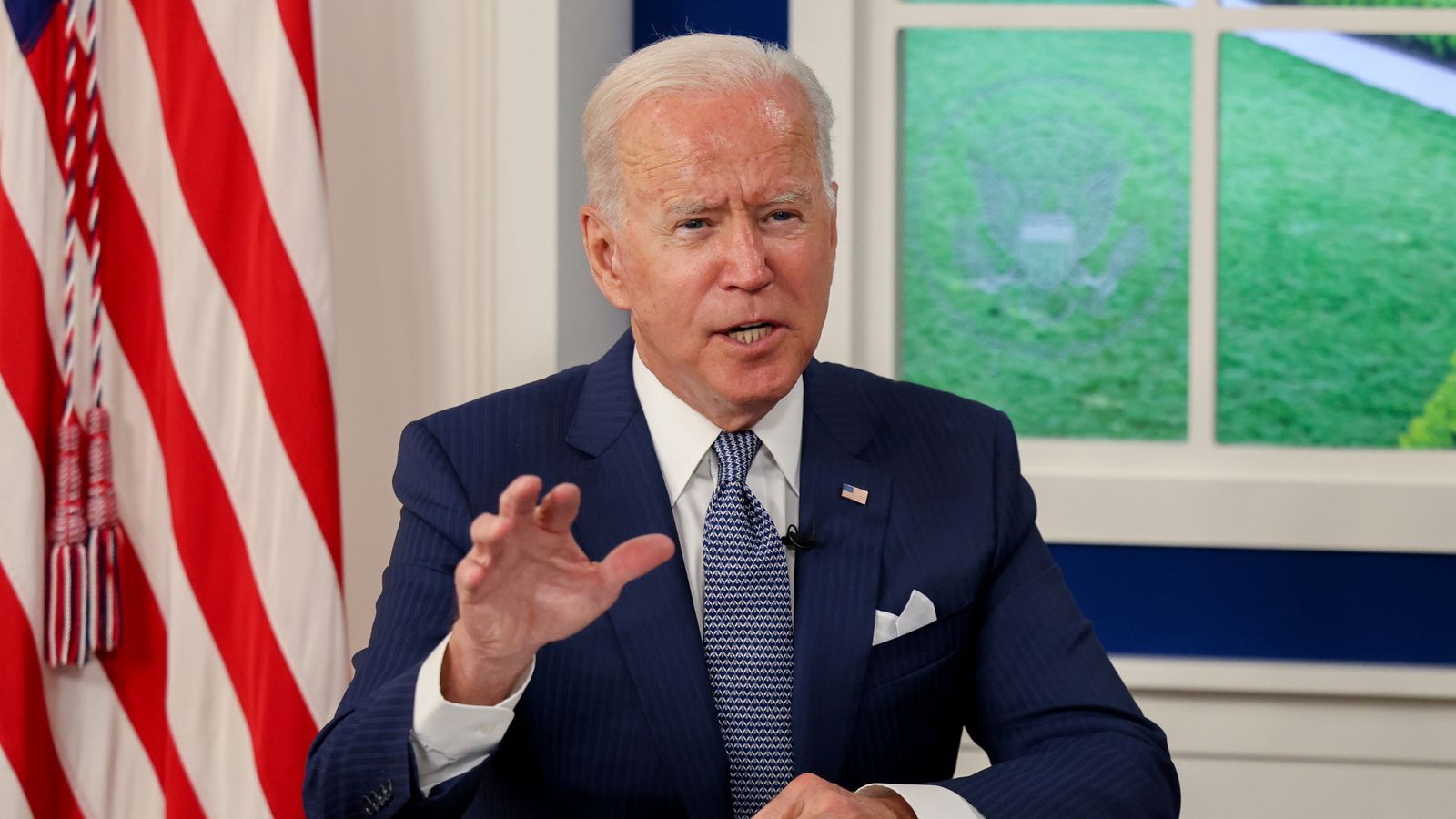 COVID-19: US to donate 500 million extra vaccine shots – as Joe Biden tells rich nations to share ‘with no strings attached’
3 mins ago 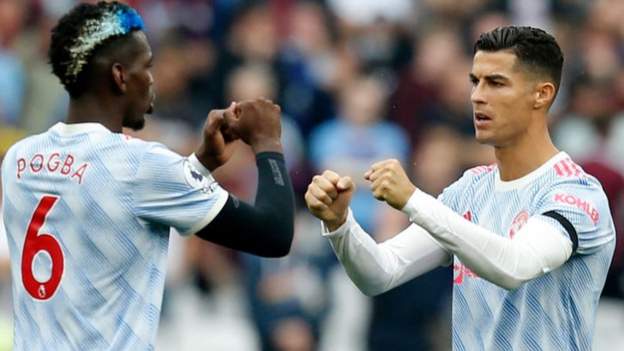 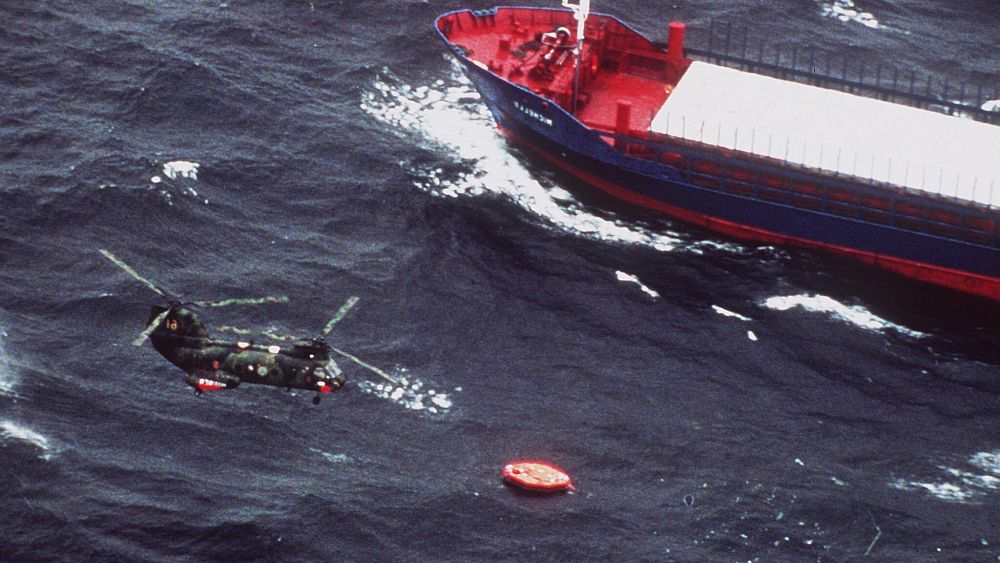 Mormons should wear face masks ‘at all times’ in temples, the church instructs.
6 mins ago