Christopher Nkunku scored for RB Leipzig as they beat Celtic 3-1 in a dramatic Champions League encounter, which included two VAR interventions and a Joe Hart howler.

Sky Sports News reported earlier this week that Chelsea are close to signing Nkunku, and the forward showed just why he is so sought after in Europe.

He thought he had fired Leipzig ahead in the 18th minute as he chipped the ball over the on-rushing Hart, but VAR ruled the goal out for a tight offside.

However, there was no stopping Nkunku nine minutes later, with the goal coming in the middle of a strong Celtic spell. Andre Silva’s pass found the Frenchman’s run, with Nkunku (27) eventually firing home a lovely finish from a tight angle.

Celtic also lost their captain Callum McGregor just before the end of the first half, adding to their injury concerns, with manager Ange Postecoglou saying: “Looking at him it doesn’t look good, but I’ll wait and see what the doctors say.”

Just two minutes after the break, Celtic were level. Reo Hatate won the ball in midfield before slotting through for Kyogo. He then squared the ball for the run of Jota to his left, who coolly finished past substitute goalkeeper Janis Blaswich (47).

But Leipzig retook the lead in a dramatic few minutes. Dominik Szoboszlai fired home a superb effort from range, but again VAR was in action. After the referee had consulted the monitor, the strike was ruled out for offside, with Silva adjudged to have been interfering with Hart’s line of sight.

Shortly after, a calamitous error from the Celtic goalkeeper allowed Silva to score his first of the evening. Hart’s poor attempted pass for Greg Taylor was instead collected by Szoboszlai, who slotted the ball in for Silva (64) to easily dispatch.

It was a delightful team move that saw the Portuguese forward score Leipzig’s third of the evening. Nkunku’s long pass picked out Mohamed Simakan’s run down the right. He then sent the cross in for Silva to finish, earning the German side their first win of the Champions League campaign.

The result sends Celtic to the bottom of Group F with no wins yet in Europe this season. Leipzig leapfrog them into third place, behind Shakhtar Donetsk and group leaders Real Madrid.

How Leipzig saw off Celtic

Leipzig made a lightning fast start, with Nkunku a threat from the off. An early effort from the forward rebounded into the path of Timo Werner, who saw his shot saved by Hart. Then, Nkunku fired just wide before impressive wing-back Simakan also had an effort stopped.

The hosts suffered a blow inside 10 minutes when goalkeeper and captain Peter Gulasci was stretchered of after appearing to hurt his knee as Kyogo bared down on his goal. But, soon after, Nkunku had the ball in the back of the net.

Simakan played an inch-perfect ball forward for Nkunku’s run, and he easily chipped the ball over the onrushing Hart before it rolled into the back of the net. However, VAR intervened and eventually ruled the goal out for offside.

Celtic’s best spell of the half came just before Leipzig’s opener which did count. Kyogo saw two efforts thwarted – one saved by Blaswich and the other deflected wide – with Greg Taylor also seeing his low effort saved.

It was a loose pass from McGregor during the spell that set Leipzig away down the other end, the move finished delightfully by Nkunku.

Celtic hit back early in the second half, but rode their luck again when Leipzig hit the woodwork just before the hour. After a neat one-two with Nkunku, Szoboszlai received the ball back but could only hit the far post with his slotted shot.

It was then a frantic few minutes as Leipzig were once again penalised by VAR before Silva fired the hosts back ahead after Hart’s calamitous error.

Leipzig were then comfortably in the ascendancy, before Silva slotted home the third of the evening to seal the victory. Emil Forsberg almost added a fourth on the stroke of the 90 minutes, but Hart pushed the effort away well.

“A tough game, good opposition and two teams going for it. Big moments, a lot of pressure… I’m at fault for the second goal, no doubt about it.

“They were pressing with three and I wasn’t quite sure whether to go the centre-half or Greg, I went for Greg and I missed. They’re the simple facts, but it’s high-level football, something I love playing, and you make a mistake and you get punished.

“But that’s the way the manager wants us to play so that’s the way we play. Sometimes, it’s going to hurt us but ultimately, as we’ve proved tonight, we got through the press and gave ourselves a real good opportunity to score goals.

“The pressure was intense. It was a good game, two teams playing good football and we came unstuck more than they did.

“We’re not going to back down. We’re here to do something special and we’ll continue doing that.

“We’ve got two big games in a row at home and we believe, if we play to our potential, we can win and then it’ll look different.”

“After we scored, we went into our shells a little bit and got a bit negative with our passing. I’m really disappointed with the second goal as that was the kind of crucial one we conceded and it changed the course of the game.

“They’re a good counter-attacking team, that’s what they prey on and they have quality players that will hurt you. The second goal was self-inflicted, it was nothing to do with the nature of the game. We were just too negative in our passing, going back to Joe for no reason. We almost invited them to get on top of us.

“There’s a lesson there for us tonight. We know when we’re aggressive and play our football we can cause anyone problems, but when we’re not then it’s going to be hard for us.”

“The next two home games are crucial [for Celtic]. They need to beat Leipzig and Shakhtar at home to give themselves a chance of finishing second.

“This was a really good game with chances at both ends, but I think the better side won. When you consider Leipzig had two goals chalked off through VAR and scored three, Andre Silva scored a couple. One was a real gift from Hart, the other one just a beautiful move.

“At the heart of everything was Nkunku. No wonder Chelsea are looking at him, he is a beautiful player in midfield. He’s got so much speed, running power, an eye for goal – he scored the first goal tonight with a lovely finish – and he’s probably the best man on the pitch.

“It’s a big test now for Celtic to get back into the group, but I think there’s still attacking intent there. All to play for, but they lost to the better side tonight.”

Celtic return to Scottish Premiership action on Saturday as they go to St Johnstone, live on Sky Sports; kick-off 12.30pm.

The Hoops then host RB Leipzig at Celtic Park on Tuesday after the German side face Mainz away in the Bundesliga on Saturday. 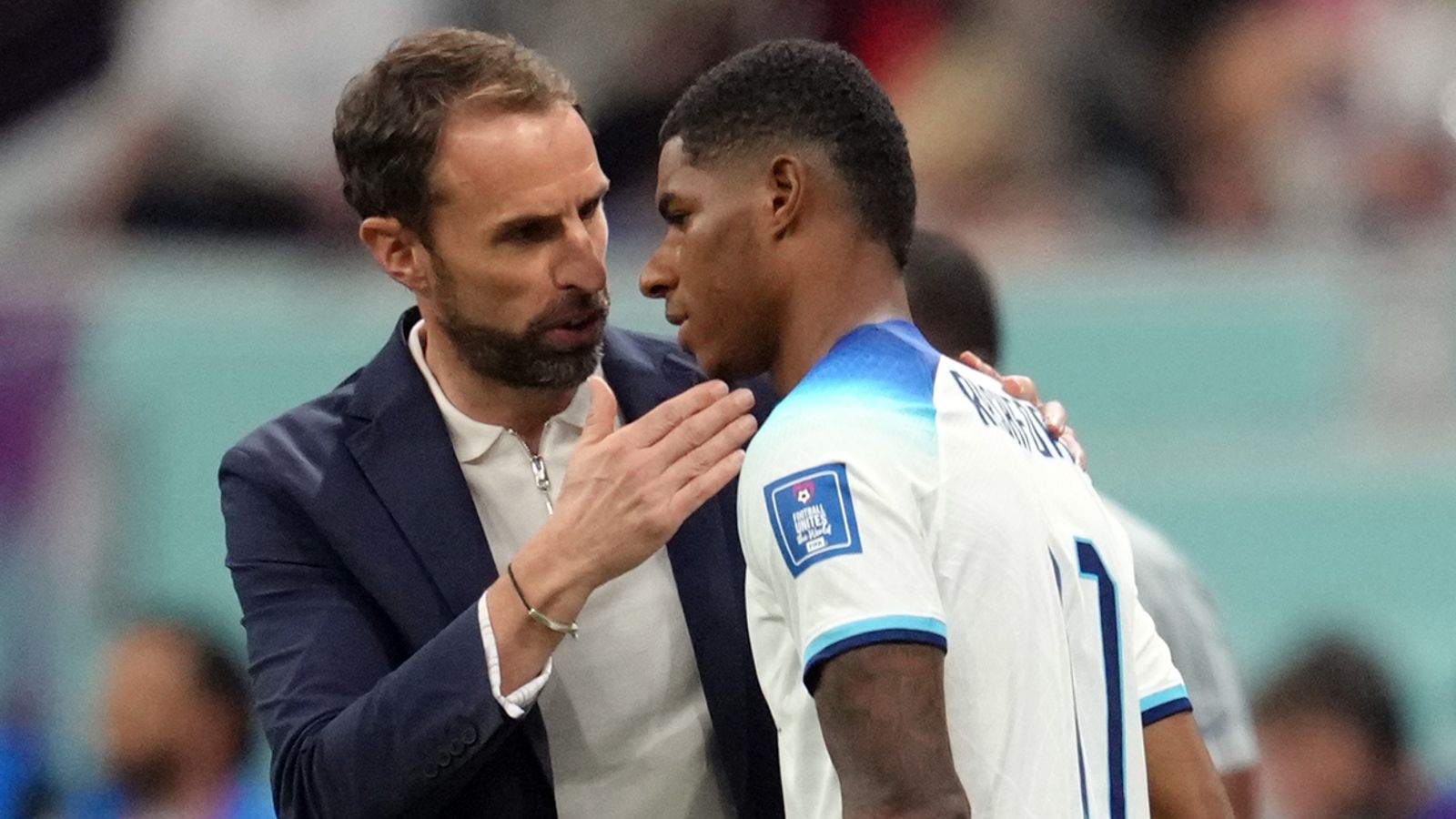 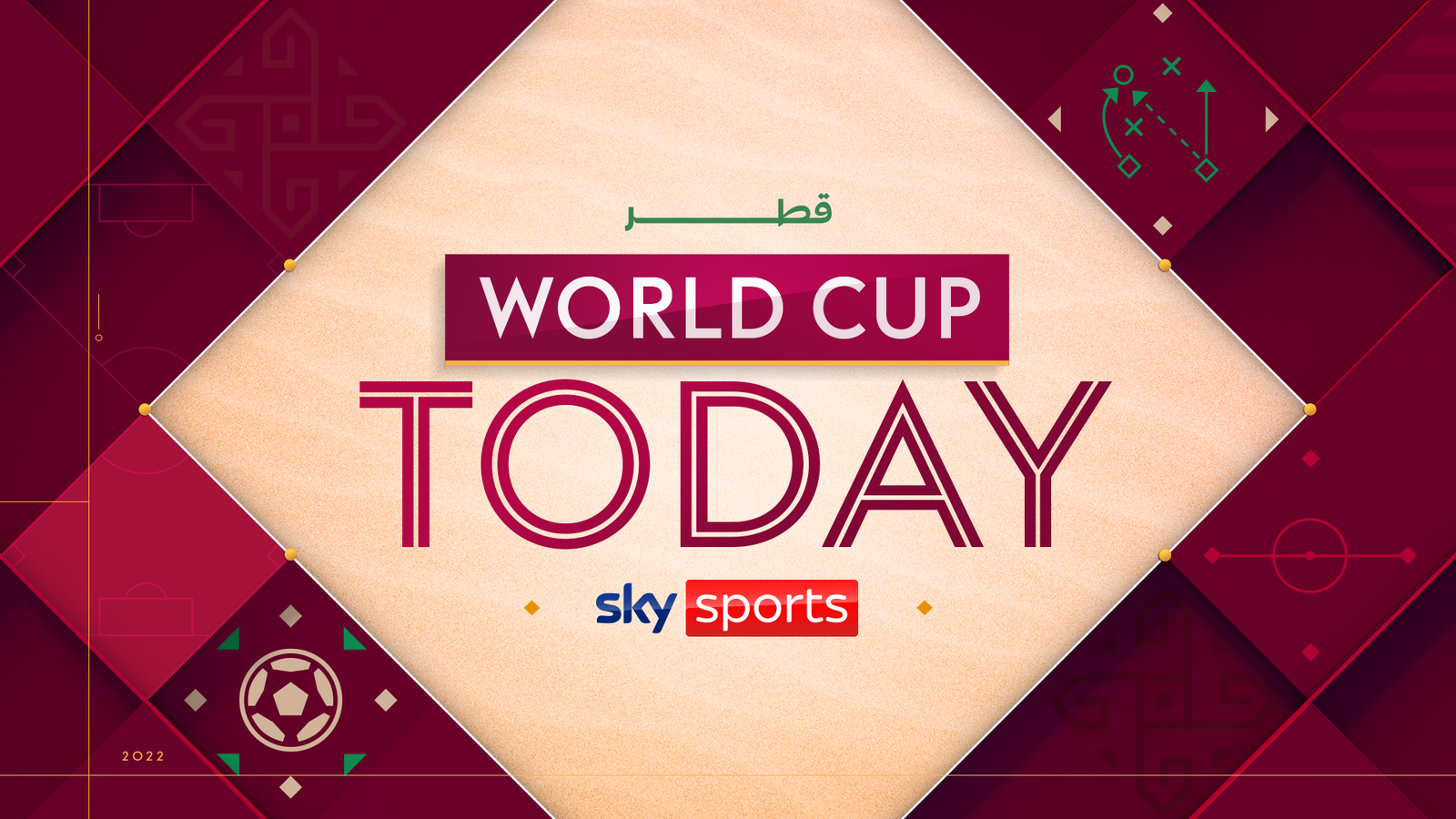 Monday at the World Cup: How will Brazil cope without Neymar? Can Heung-Min Son kickstart South Korea charge?