Sir Mark Prescott’s roll of honour in the last 50 or so years is an impressive one, but surely victory this Sunday in the Prix de l’Arc de Triomphe with Alpinista – live on Sky Sports Racing – would top the lot.

Since making a winning debut all the way back in July 2019 as a two-year-old at Epsom, the five-year-old mare has proven to be something of a revelation for the Prescott team as well as loyal owner Miss Kirsten Rausing.

In her early days, she looked good without ever really giving the impression she was going to follow in the hoofprints of her granddam Albanova, who won three German Group Ones towards the end of her career.

But since turning four, her career has accelerated and currently sits on a winning run of seven, including five Group One races, most recently on the Knavesmire in the Yorkshire Oaks.

And whilst the challenge remains a stiff one, Prescott exclusively told Sky Sports Racing that she is working as well as ever, with the 74-year-old trainer joking he would swim the length of the English Channel if it meant landing a first Arc.

“It’s trying to ensure that nothing goes wrong,” said Prescott. “She’s worked well – she followed two nice horses but giving them lots of weight and she just followed them up. All went well.

“She’s always been a good work horse and before she ever ran, her mother was a very stout stayer so I was surprised to find myself starting her off over seven furlongs.

“But she won first time up, so she always had more speed than you were probably expecting.

“I hate being away on a Sunday because I ring all my owners on Sunday, all 58 of them so it will be very, very busy.

“So it will be busy with that and with going around the yearlings but if she wins it’ll be no trouble, will it?

“I’d swim there if I thought she would win!”

It is a family of horses that with the owner-breeder Rausing, has been very good to the Heath House handler, with the aforementioned Albanova, as well as Alborada who was a revelation in the late ’90s.

She won six races in a ten-race career, including two Champion Stakes as well as a Pretty Polly Stakes and a Nassau Stakes.

“Albanova is the grandmother of Alpinista and she won those three Group Ones but not until she was five,” Prescott added.

“And only Miss Rausing will stick at it till we win Group Ones when they are five and she had this marvellous year.

“And she bred Alwilda who is the dam of Alpinista. We also had Alborada who won two Champion Stakes.

“If you have a lot of them, you must have a slight edge unless you are a complete idiot!”

On all seven of Alpinista’s most recent victories, unassuming rider Luke Morris has been in the saddle, with his unique power-packed style getting the best out of the ultra-game mare.

He enjoyed some of his biggest days in the earlier stages of his career with sprinting sensation Marsha for Prescott, who won the 2016 Prix de l’Abbaye at Chantilly and the 2017 Nunthorpe Stakes, defeating Frankie Dettori and Lady Aurelia in the process.

But surely those Group One victories would pale in comparison to this success if he could partner Alpinista to ParisLongchamp glory on Sunday on arguably the biggest stage of all.

“It’s extremely exciting to be involved with a mare of such high quality and I’m extremely lucky to be the one sitting on her on raceday,” Morris said. 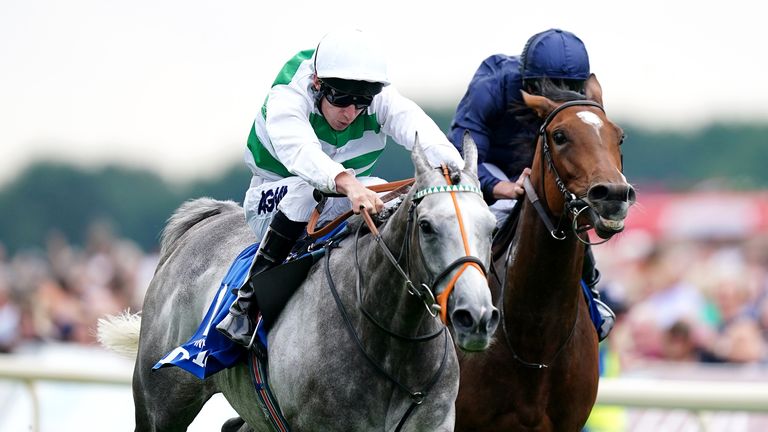 Jockey Luke Morris has revealed his excitement ahead of the ride on Alpinista in Sunday’s Arc from ParisLongchamp.

“I think I’d be lying if I said I hadn’t ridden the race in my head a few times.

“The Arc is probably the biggest race in Europe and to be on a filly like her who has got such a strong chance.

“I’ll probably be nervous but mainly excited as well really. You know, these are the days you work your whole career for and to be at this stage and have a horse like her.

“I’m just extremely privileged and can’t be more thankful of Mark and Miss Rausing to give me this opportunity.”

It’s a remarkable operation with over 165 Group or Listed victories having been bred from the stud, but as Rausing herself admits, it’s easier said than done to lower expectations on the eve of what would be a stunning victory in the French capital.

“Obviously, I’m feeling apprehensive but I’ve been in this game long enough to try and temper my expectations,” said Rausing.

“We’ve been thrilled with the mare this year and she would seem to be at the very apex of her form and capability.

“But the most difficult hurdle is to be encountered in Paris.”

Watch every race on Arc weekend from ParisLongchamp this Saturday and Sunday, live only on Sky Sports Racing. 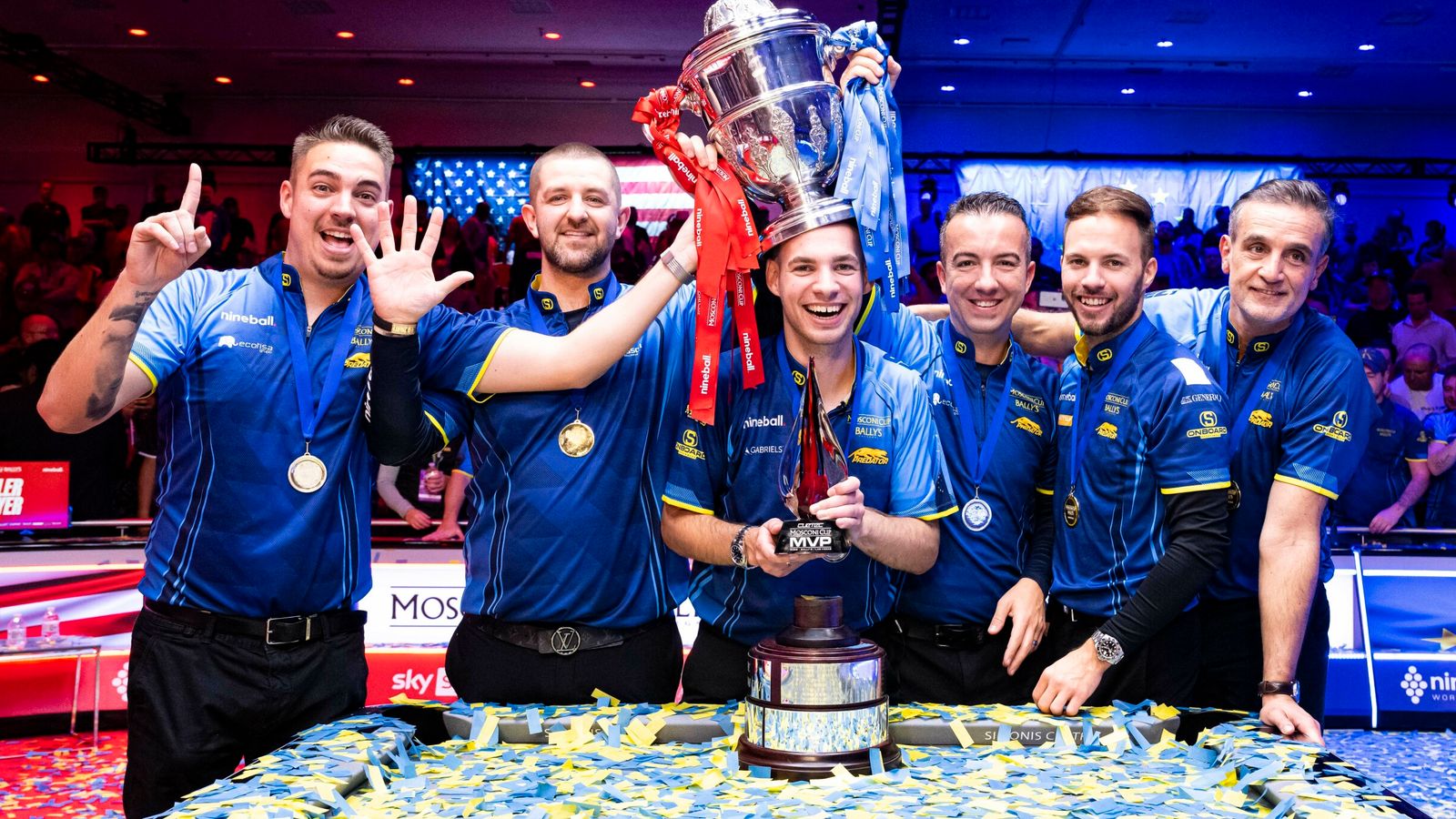 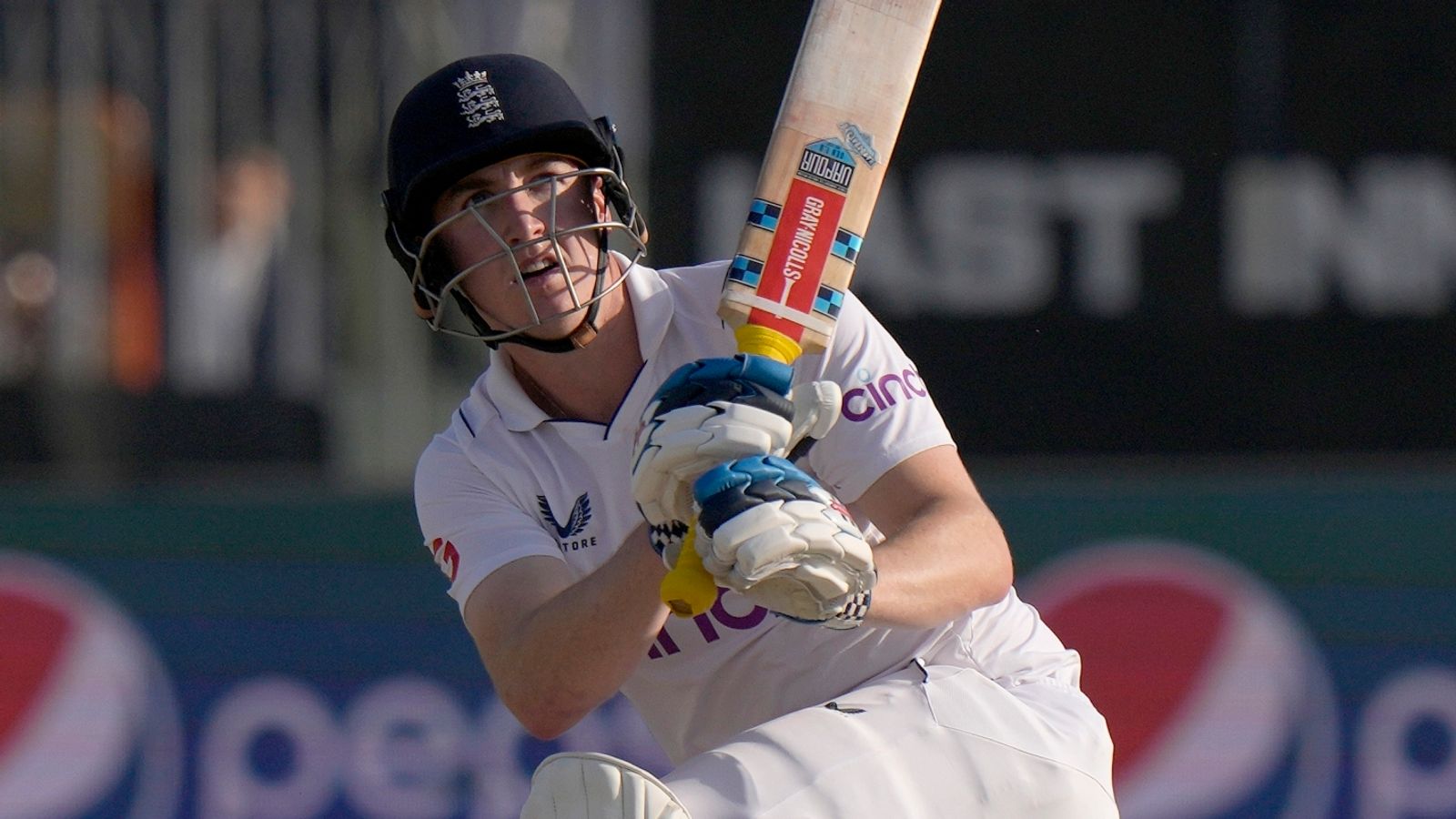 Harry Brook: England batter shows an exciting glimpse of the future as England push for victory against Pakistan