Nick Pope made his comeback at the weekend, starting Burnley’s friendly against Cadiz at Turf Moor. “My body feels really good,” he tells Sky Sports. “Everything is intact.” It was the next step in his recovery from the knee injury that ruined his summer.

“When you are injured, it is quite a slow time,” says Pope. That feels like an understatement given that he started all three of England’s World Cup qualifiers in March. A man who might have been a key figure for Gareth Southgate at Euro 2020 was watching on instead.

“It was something a bit different for me. But I have watched every tournament since I was very small so I was not going to miss this one.” Pope was even there at Wembley as his international teammates came within a kick or two of making history.

He was in the stands with his father.

“It was a nice experience to be able to take the old man. The first major final in a long time, to experience the atmosphere was unbelievable. The national anthem and then obviously Luke [Shaw] scoring after three minutes, the place was bouncing.

“Seeing the lads have a really good run all the way to the final was great. I was impressed with how they lifted the country like they did in 2018 and how everyone came together. It was a really good tournament, we were just unfortunate to come up one short.

“It was just missing the ending.”

Jordan Pickford, the man whom Pope has long been challenging for the No 1 shirt, had a fine tournament. But the Burnley goalkeeper retains aspirations that he can add to his caps at next year’s World Cup. At 29, he believes he is playing the best football of his career.

“I would like to think that after another season where I played more than 30 games. I feel like I am a better player now and I think that is something that is important, to have that drive, that constant strive to be better and see how far I can take myself.

There are certain qualities that set him apart from many of his peers.

One statistic that illustrates this is something Opta describes as keeper sweepings – defined as anytime a goalkeeper anticipates danger and rushes off their line to try to cut out or close down an attacking pass in a race with the opposition player.

Pope won the ball this way on 27 occasions last season, ahead of Liverpool’s Alisson with 24. No other goalkeeper in the Premier League registered more than 14 of them. It is an unusual feature of his game that highlights his proactive approach to his work.

“It is something that I have always wanted to do – have an effect on the game rather than waiting for the game to affect me. If we can play a higher line and I can affect balls over the top, allowing us to play a higher line, that will help us to win the ball higher up.”

Pope admits that it is “hard to work on in training” because while only one teammate is required to fire shots at him, recreating these game situations is more difficult. “The bigger pitch stuff helps. In training, we do eight against eight, nine against nine.”

Experience helps. Skill too. “Perception of a ball’s bounce and the pace on it.” Sometimes it is the ones he does not come for that are most important. “It can be just as good to say no to a through-ball, if you are retreating but it is the right decision,” he says.

“That is the kind of decision-making that you need to hone.”

Another attribute that has become Pope’s calling card is the ability to claim crosses. Only Emiliano Martinez of Aston Villa held onto more catches than his 31 – and again the gap to the rest was significant with no other goalkeeper claiming more than 23 of them. 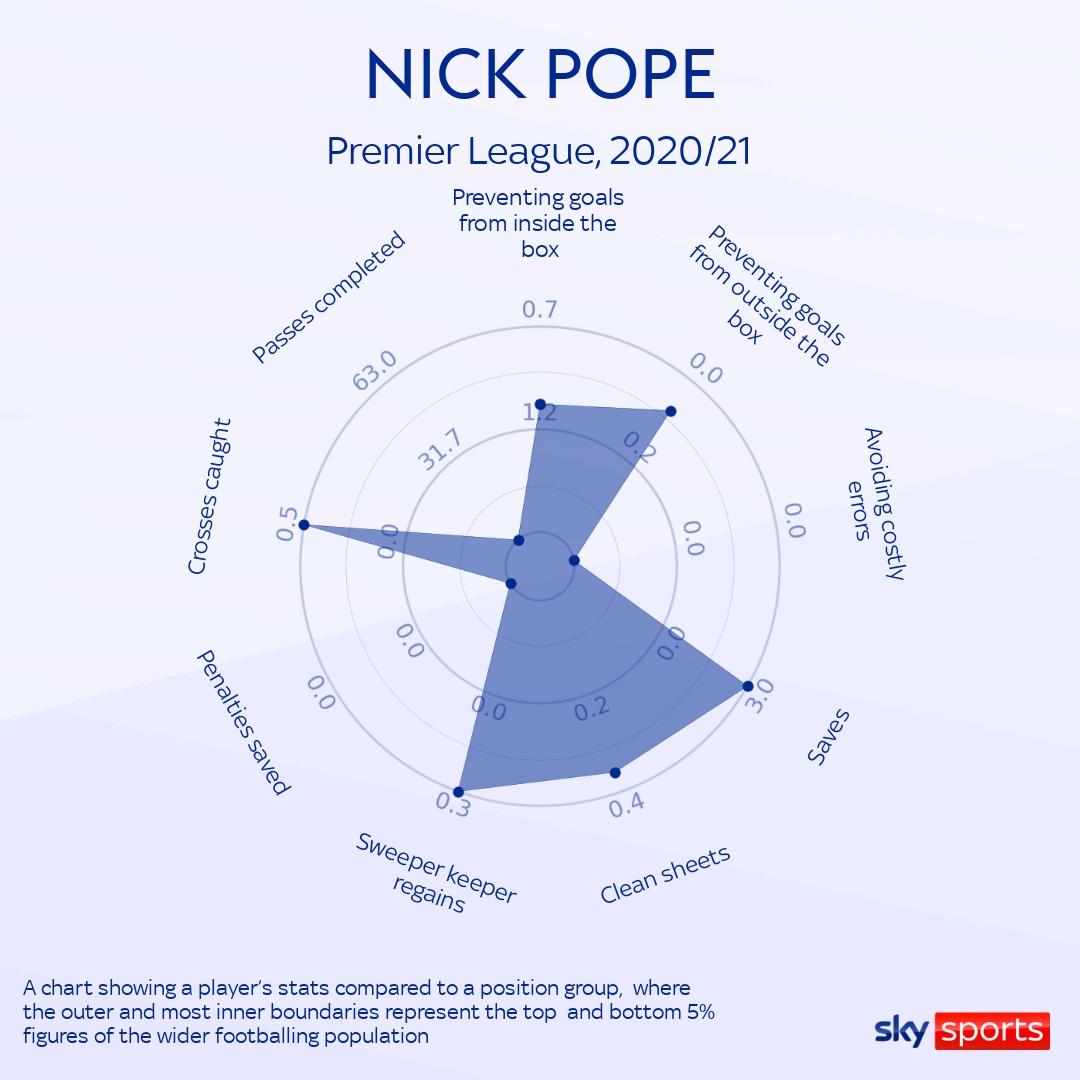 It is further evidence of his proactive style and this time there is no doubting the root of it. This was a skill picked up in the lower leagues. Loans at Harrow Borough and Welling United, time in the fifth tier with Cambridge and Aldershot, League Two with York and Bury.

Pope became accustomed to the ball hurtling towards his goal.

“You have balls tanked into the box from every angle,” he recalls.

“Going through my loan spells, it was something that I had the opportunity to do more as a tall goalkeeper with balls coming in from every dead-ball. A lot of teams had a designated long thrower so I had a lot of practice. It becomes more like second nature.

“It is something that I liked to do. With my height and my timing, I felt I could have an effect on a game by doing that, just like with the through-balls and the ball over the top. It is a chance to win possession back for the team and turn defence into attack.”

That reward comes with risk. A handling error is more likely to result in a cheap goal. “It is less risky to punch. It is even less risky to stay on your line and let people head it.”

But Pope is comfortable with his choices – and that is key.

“There are different ways to skin a cat, different aspects to goalkeeping, positives and negatives to all of them. I believe you should play in goal your way, the way that you think is best for the team. If you make a mistake doing it your way, you can live with it.

“I was taught that if you miss one then you come for the next one, it should not affect your decision-making or your attitude or your confidence. You have to have the character to bat mistakes off or to make a misjudgement then make the right decision next time.”

Pope has that character and cannot wait to get started again. But what has he missed most? “Having fans back,” he replies, swiftly.

“I am really looking forward to having our home fans again and our away fans again, going to those big grounds, seeing them packed. As a Premier League player, that is a big part of English football.”

He will not have long to wait. Anfield looms in Burnley’s first away game of the season. But before that, they kick off at home to Brighton this weekend, looking to improve on a campaign in which they finished only one place above the relegation zone.

“For us as a team, there is definitely room for improvement. I am looking forward to learning those lessons and taking it on.” For Nick Pope of Burnley and England, that quest to improve never stops. 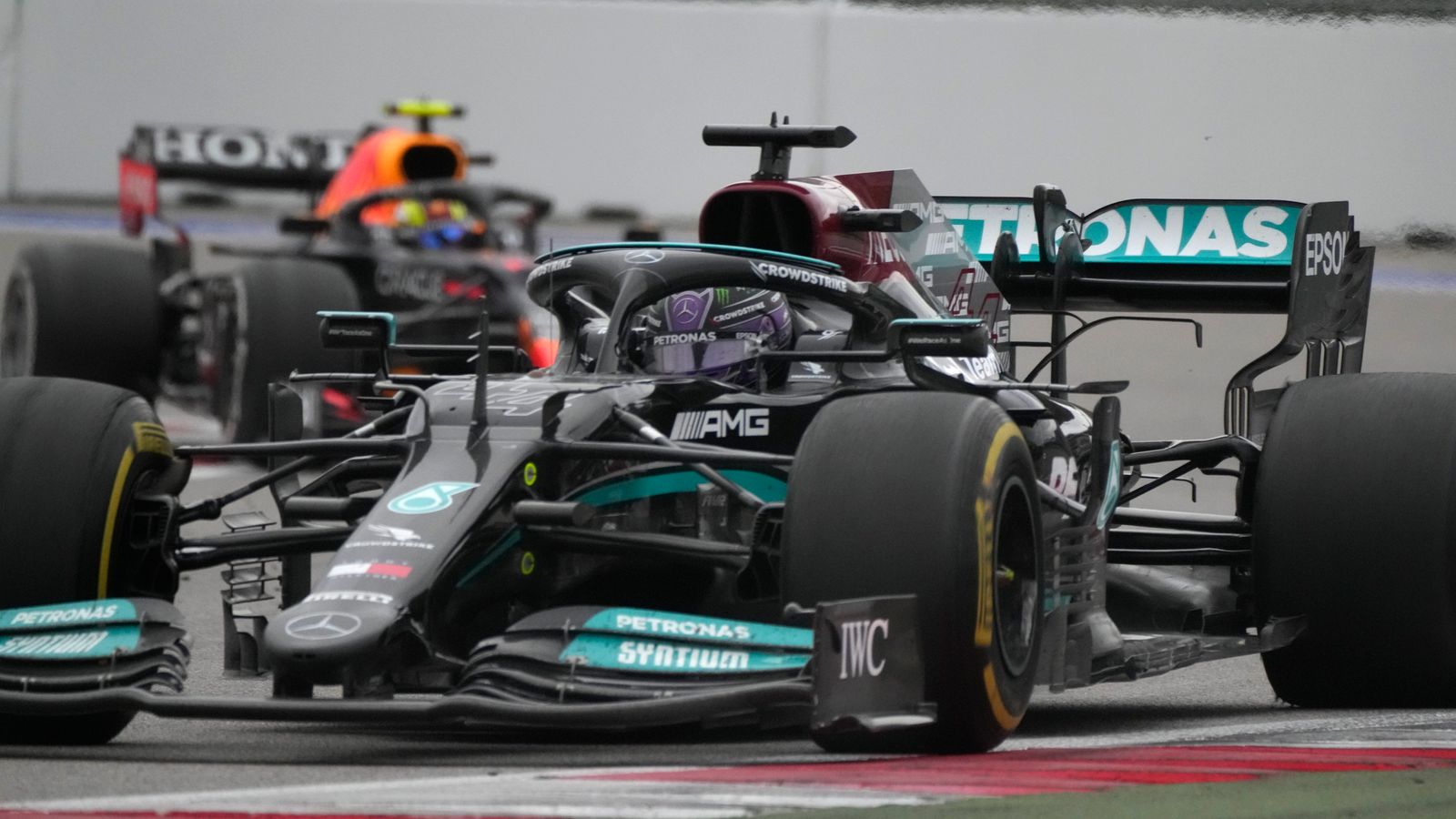 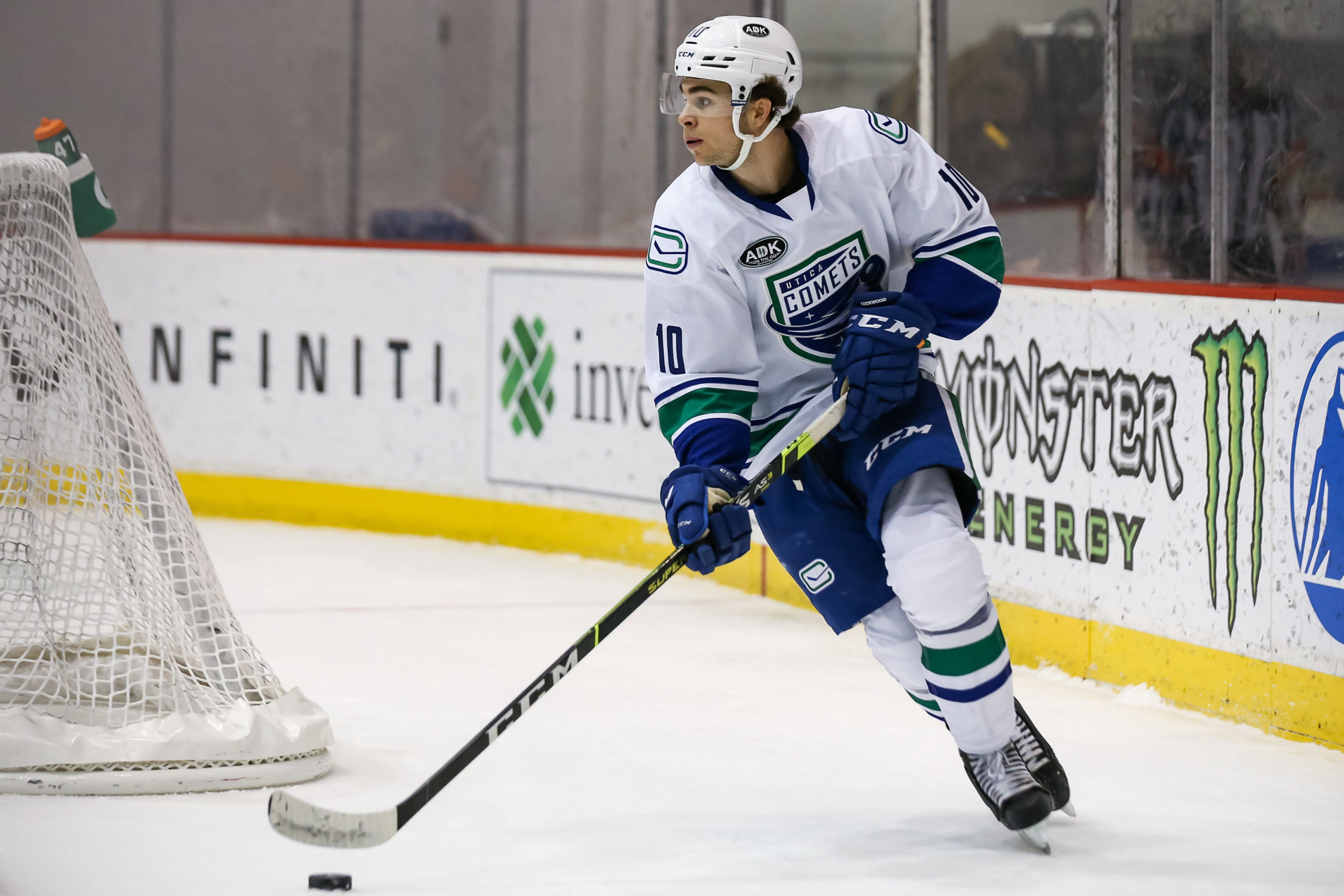 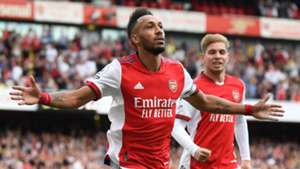 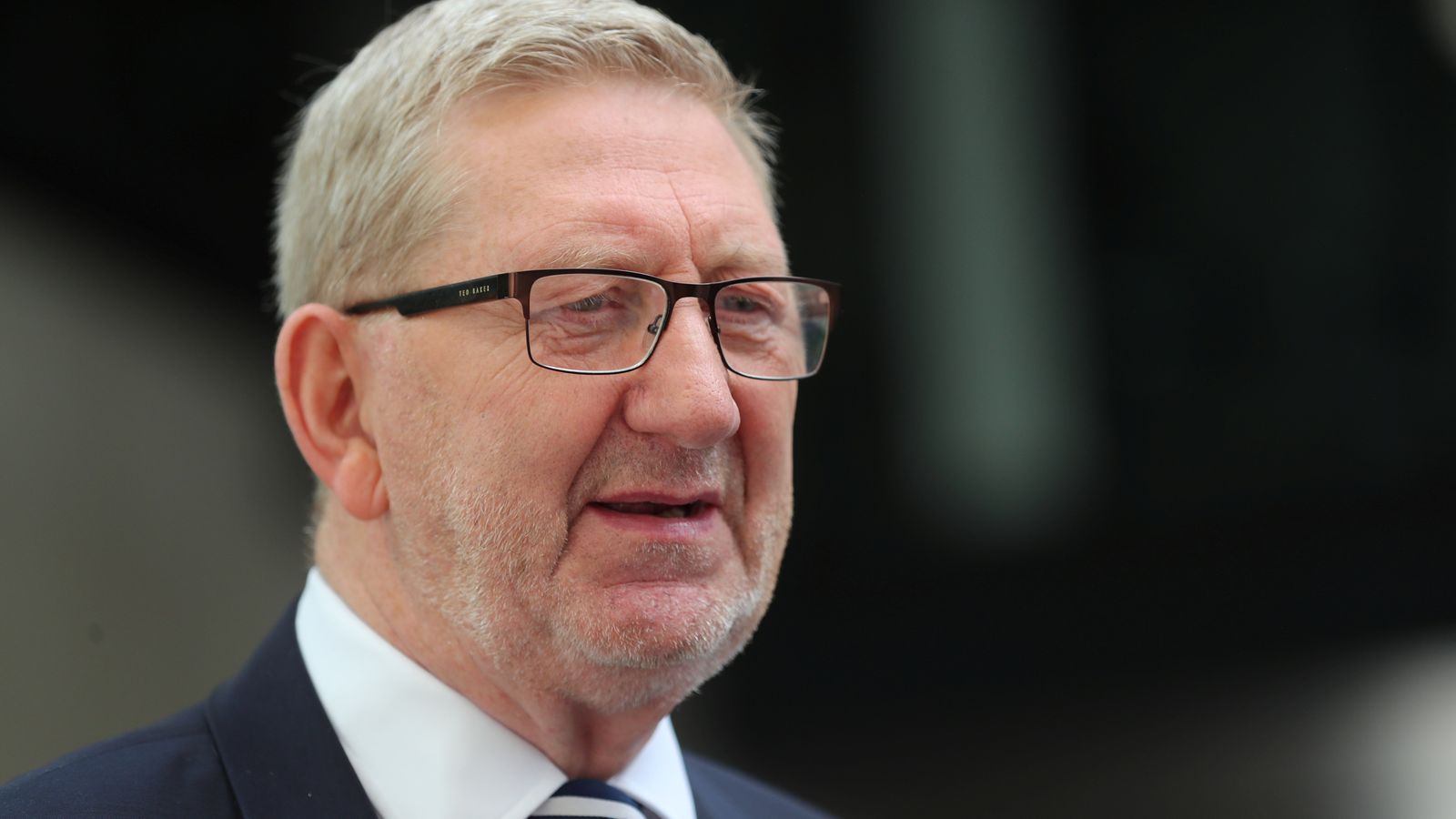