The 2022-23 NHL season will get underway in a few days, and it comes a ton of intrigue.

For the first time in three seasons, the Tampa Bay Lightning aren’t the reigning Stanley Cup champions. The Eastern Conference juggernauts were dethroned by the Colorado Avalanche this past June. The Lightning certainly are still one of the top teams that the East has to offer, but the conference may be deeper than it’s been in quite some time with several teams making key improvements.

Here’s a breakdown of the eastern divisions as we enter the 2022-23 campaign.

Lightning’s path to Final is harder

The Lightning have been the standard bearer in the Eastern Conference for the past three seasons. But it’s quite possible that Tampa Bay takes a step back during the 2022-23 season.

First of all, the Lightning will enter the upcoming season as the third-oldest team in all of the NHL. This is a franchise that has relied on its veterans time and time again, but could age finally catch up with them? It’s entirely within the realm of possiblities. Over the summer, the Lightning were up against the salary cap, so the team was forced to make some extremely tough decisions. One of which was let winger Ondrej Palat walk in free agency and cash in on a big pay day with the New Jersey Devils. Palat has been one of the more steady secondary offensive producers for the Lightning throughout their dynamic three-year Cup runs.

The Lightning also were forced to trade veteran defenseman Ryan McDonagh to the Nashville Predators in order to shed salary. Now, Tampa Bay does have the likes of Ian Cole, Haydn Fleury and Phillippe Myers on its roster to replace McDonagh, but it’s hard to imagine any of those three having the impact that McDonagh did on the blue line.

Obviously, this is still a team that features star forwards like Steven Stamkos and Nikita Kucherov, a 2022 Norris Trophy finalist in Victor Hedman, and one of the sport’s top goaltenders in Andrei Vasilevskiy. With that in mind, a Stanley Cup run is never out of the question. It just may be a little bit more difficult than it has been in previous years.

Did the Panthers improve enough?

The Florida Panthers dominated the NHL landscape during the 2021-22 regular season as they captured the Presidents’ trophy with a league-best 122 points. But even with that kind of success, the season could be classified as somewhat of a failure considering that Florida was swept by the Lightning in the second round.

Following the early exit, the Panthers made a blockbuster trade by acquiring star winger Matthew Tkachuk from the Calgary Flames in exchange for winger Jonathan Huberdeau, defenseman MacKenzie Weegar, center Cole Schwindt and a first round pick. Tkachuk quickly signed an eight-year, $76 million contract extension with the franchise.

The biggest question has to be: did the Panthers actually improve their roster by replacing Huberdeau with Tkachuk? Time will tell, but Tkachuk will have lofty expectations placed on his shoulders, especially after Huberdeau produced a 115-point campaign a season ago.

Big question mark in net for the Maple Leafs

It remained the same song and dance last season for the Maple Leafs. They were eliminated in the opening round of the playoffs for the sixth consecutive season. And that happened after star center Auston Matthews put together a regular season for the ages in which he tallied 60 goals and showed that he’s one of the league’s premier players.

One of Toronto’s main issues was its goaltending play. In the offseason, Jack Campbell left town to sign with the Edmonton Oilers. Following Campbell’s departure, the team signed Ilya Samsonov and acquired Matt Murray from the Ottawa Senators to help fill the void in net. At one time, Samsonov was believed to be the goaltender of the future for the Washington Capitals while Matt Murray was thought to be the franchise netminder for the Pittsburgh Penguins. Both are now looking for a fresh start and the Maple Leafs are hoping to capture lightning in a bottle with at least one of them.

Maybe one of these two options end up shining bright for the Maple Leafs this season, but right now, it’s a huge question mark for a franchise that has Stanley Cup aspirations.

It’s fair to say that there was no team more active than the Senators — who have missed the Stanley Cup Playoffs in five consecutive seasons — over the summer. Leading up to the 2022 NHL Draft, Ottawa acquired star winger Alex DeBrincat from the Chicago Blackhawks in exchange for the No. 7 and No. 39 picks in the 2022 Draft in addition to a 2023 third round pick.

Ottawa followed the acquisition of DeBrincat up by signing veteran winger Claude Giroux to a three-year, $19.5 million contract in free agency. Giroux had split time between the Philadelphia Flyers and Florida Panthers last season after being traded to the Panthers at the trade deadline.

The additions of DeBrincat and Giroux should provide a much-needed scoring punch for a Senators that ranked 26th in the league last year with just 2.7 goals-per-game. DeBrincat and Giroux will likely skate on the team’s second line with 2020 first round pick Tim Stutzle centering them.

It’ll be a tough road to get back to the postseason for the Senators considering how deep the East is. However, Ottawa is well-equipped for the task with the offensive firepower that they’ve added into the fold.

Do the Hurricanes have enough pieces?

The Carolina Hurricanes were expected to make a deep Stanley Cup playoff run during the 2021-22 campaign, but an injury to goaltender Frederik Andersen leading up to the postseason derailed those hopes. Following a second round elimination at the hands of the New York Rangers, the Hurricanes pushed their chips to the center of the table. The franchise went out and added a pair of veteran pieces in the form of star winger Max Pacioretty and star defenseman Brent Burns.

While that sounds great on paper, Pacioretty suffered a torn Achilles just weeks after joining the Hurricanes and will miss the majority of the 2022-23 season. On top of that, the Hurricanes also lost second-line center Vincent Trocheck to the Rangers in free agency. That second line is currently where Carolina has the biggest hole to fill when it comes to scoring depth. It’s possible that it comes in the form of Jesperi Kotkaniemi or Martin Necas, but the duo combined for just 26 goals last season.

The addition of Burns is a huge upgrade over Tony DeAngelo, who was traded to the Philadelphia Flyers. Burns gives the Hurricanes the right-handed shot that they need in their top pairing and he should slot in nicely next to Jacob Slavin. As one of the top puck-moving defensemen in the sport, Burns could pay huge dividends for Carolina even if he isn’t quite the player that he used to be.

The Rangers placed themselves among the elite teams in the NHL as they reached the Eastern Conference Final last season. This was a group that defeated the likes of the Pittsburgh Penguins and Hurricanes before being eliminated by the Lightning in a very entertaining six-game series.

Arguably the biggest takeaway from the 2021-22 season was seeing Igor Shesterkin develop into an elite goaltender before our very eyes. The 26-year-old star won the Vezina Trophy as the NHL’s top goalie as he posted a 36-13-4 record in addition to a league-best 2.07 goals-against-average and .935 save percentage.

The Rangers also saw Chris Kreider have a 52-goal season, which included a superhuman 26 power-play tallies. While it’s not likely that Kreider will find the back of the net quite that many times, he is playing on a line with Mika Zibanejad, so anything is possible.

New York’s forward group is a lot deeper after signing former Hurricanes center Vincent Trocheck to a seven-year, $39.375 million contract in free agency. Trocheck will serve as the team’s second-line center and likely skate with Artemi Panarin and 2018 first round pick Vitali Kravtsov.

Do Penguins have another run left in them?

Over the last 15 years, the Penguins have counted on a core that consisted of Sidney Crosby, Evgeni Malkin and Kris Letang. It appeared as though that group may be splitting up with Malkin and Letang slated to be unrestricted free agents this past summer.

In addition, Pittsburgh beefed up their blue line by adding Jeff Petry and Jan Rutta. The Penguins allowed the fifth-fewest goals in the league during the 2021-22 season, so making their defense even stronger is a big deal. Letang’s contract is certainly a risk given its length, but he is coming off of one of the best seasons of his entire career.

While sometimes it’s harmful for a franchise to be nostalgic, these Penguins are still performing at a very high level and managed to stay fairly healthy a season ago. If that continues, another run at the Stanley Cup certainly isn’t out of the question.

Gaudreau looks to lead Blue Jackets back to postseason

It wasn’t shocking that superstar winger Johnny Gaudreau wanted to test free agency this summer. What was shocking was the fact that he landed with the Columbus Blue Jackets.

It wasn’t a destination that many even considered for the six-time All-Star before he signed a seven-year, $68.25 million contract to join the Blue Jackets after spending the first nine seasons of his career with the Calgary Flames. During that time, Gaudreau scored 210 goals and recorded 399 assists in 602 career games. Gaudreau also finished fourth in the Hart Trophy voting in two of the past four seasons, which is awarded to the league MVP.

Considering all that he’s accomplished up to this point, the 29-year-old star definitely has the potential to lead the Blue Jackets back to the Stanley Cup Playoffs for the first time in three seasons in this new chapter.

Gaudreau gets the opportunity to play alongside Patrik Laine, who signed a four-year, $34.8 million contract extension to remain in Columbus this summer. Laine is arguably the most gifted scorer Gaudreau has ever played with. Laine has a lethal shot and can score from just about anywhere on the ice. With a terrific passer like Gaudreau playing on the same line, getting back to scoring 30-40 goals is definitely a possibility for Laine and playing together should benefit both Gaudreau and Laine. 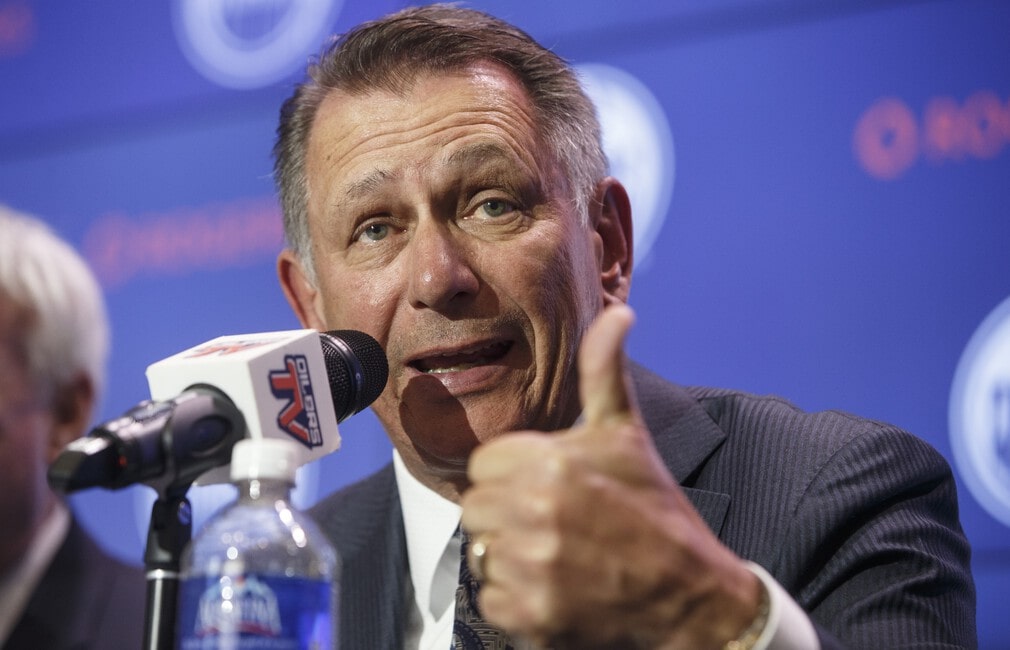 Big Trade With Canadiens Off The Table For Oilers… For Now 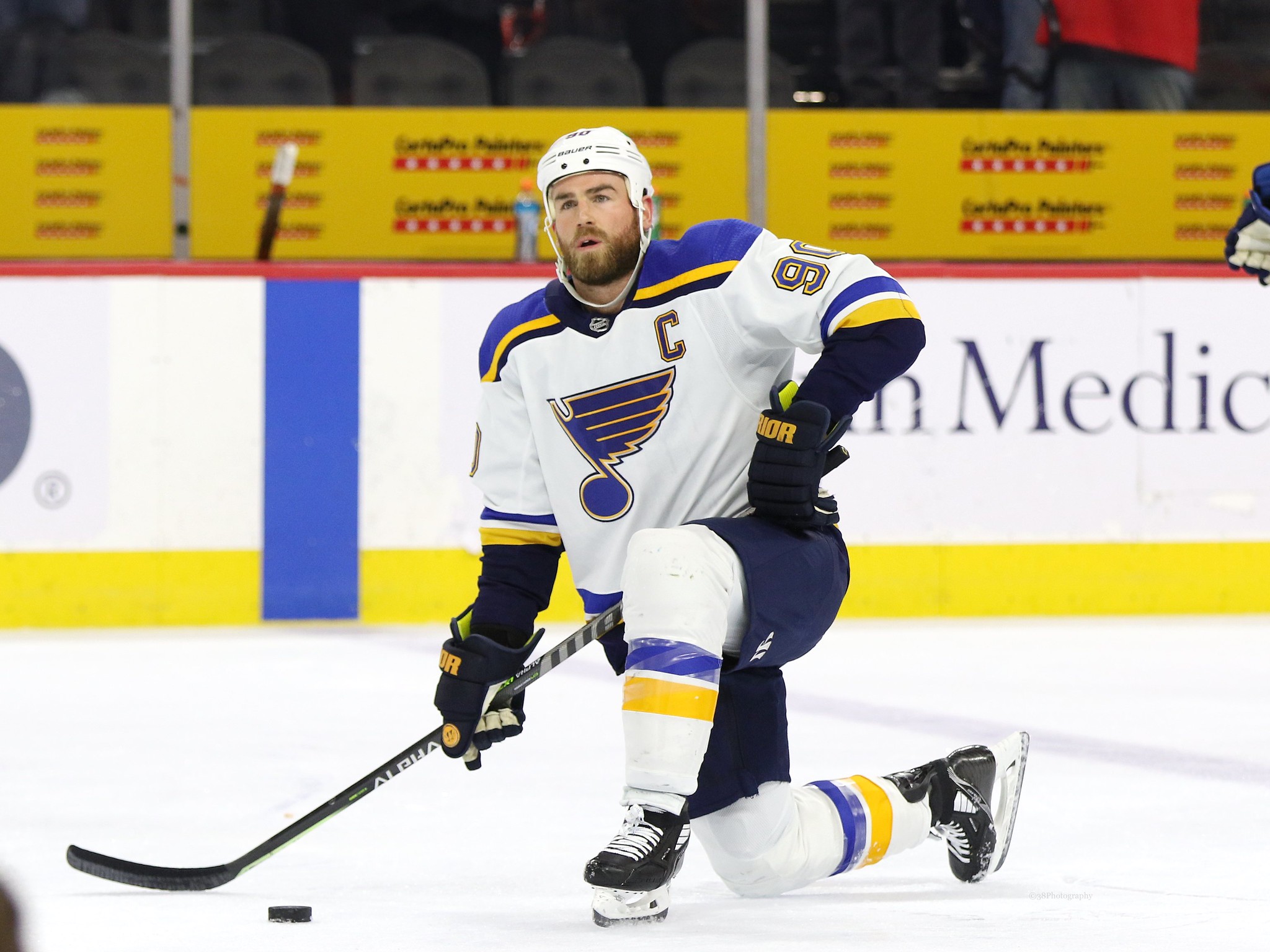