David Poile has had a long career in the NHL, including stints as the Atlanta/Calgary Flames assistant general manager, 15 years as the Washington Capitals general manager from 1982-1997, and has been the Nashville Predators only general manager since their inception into the league in 1998. Over his time in the league, he has become the all-time winningest GM with 1,416 wins. While with the Predators, he has managed 12 playoff appearances, two division titles, and one Stanley Cup appearance in 2017 – quite the impressive resume.

During his career, Poile has been known to be a wheeler and dealer and that certainly did not change when coming over to Nashville. There were dozens of trades that Poile has made that I scoured through that were win-win situations for both clubs involved in the trade. However, he has made numerous trades that were franchise-changing deals while others had the look to be prodigious but in hindsight did not come to fruition. Of these trades, I will break down the three best that had the greatest effect on the franchise and the three worst that have set the franchise back.

The Steal of the Century

On April 3, 2013, the Predators acquired Filip Forsberg from the Capitals for forwards Martin Erat and Michael Latta. Yes, you read that correctly. This was possibly the most lopsided trade in modern hockey history. At the time of the trade, Forsberg was ranked as the 21st-best prospect according to The Hockey News and was just drafted 11th overall the year prior.

Martin Erat was the core piece going back to the Capitals and was a productive player for the Predators in years past. He was at the time second in goals (163), assists (318) and points (481) in franchise history. When he went over to the Capitals, he was playing on the fourth-line most nights and he only had 2 goals and 27 points in 62 games before moving on to Arizona Coyotes. Meanwhile, Forsberg has turned into one of the league’s most prolific scorers with 165 goals over his first six full seasons and is a franchise cornerstone. Kudos to Poile for pulling off this deal as it changed the course of the Predators franchise.

After becoming the Predators GM, Poile was ready to get to work and his first move was to acquire a cornerstone defenseman, Kimmo Timonen. Directly before the 1998 Expansion Draft, Timonen was dealt to the Predators for future considerations. Even though Timonen was not a highly-rated prospect after being drafted in the 10th round of the 1993 NHL Draft, he turned out to be one of the best defensemen in franchise history.

He did not make an immediate impact, but he ended his eight-year stint with the Predators with five-straight 40-plus point seasons and was a dynamic threat on the power play. He was amongst point and power-play point leaders in the NHL during that stretch. He also held franchise records in games played and points before Shea Weber came to be the next defensive staple for the organization.

In most trade piece articles, you will only see player-for-player or player-for-pick trades being highlighted, but pick-for-pick trades are just as meaningful. GMs just don’t trade away picks to move up in the draft if they do not have a player in mind to draft. That was no different on June 21, 2008, when Poile traded away Nashville’s 46th and 76th picks in the draft to move up eight spots in order to draft Roman Josi with the 38th pick.

Many have looked back on this draft and accentuated how the Predators traded away their 15th overall pick to the Ottawa Senators to move back three spots to draft goalie Chet Pickard, and they missed out on Erik Karlsson, whom the Senators eventually drafted with that pick.

However, Poile certainly made up for that missed opportunity for drafting arguably the best offensive defenseman in the NHL today. Josi is one of the most dominant defensemen in the league with his creative passing ability, blistering shot, and uncanny ability to find open ice in the offensive zone that leads to scoring chances. Over his nine seasons with the Predators, he has accumulated 413 points including five 50-point seasons. There is no doubt that the annual Norris Trophy finalist should earn the award during his career.

The Swapping of Stars?

On Jan. 6, 2016, the Predators acquired Ryan Johansen from the Columbus Blue Jackets for budding superstar Seth Jones. Full discretion: I had been a huge Johansen fan before this trade. He was just coming off two straight 60-point seasons with the Blue Jackets and showed the ability to put the puck in the back of the net. At the time of the trade, this seemed to be a win-win move for both clubs. The Predators were in dire need of a true No. 1 center and the Blue Jackets needed that cornerstone offensive-minded defenseman.

Since the trade, Johansen has been productive. There is no questioning that as he has 249 points in four-and-a-half seasons with the Predators, but he did not continue the scoring touch that he had while in Columbus during his first few seasons. Since coming over in 2016 he has not topped the 15-goal mark and there has been a massive decrease in his shot output.

He averaged 210 shots in the prior two-and-a-half seasons in Columbus while only averaging 137 shots in Nashville. The Predators traded for a true No. 1 center and rewarded Johansen with a massive eight-year, $64 million contract extension. What they received (or got stuck with) is an overpaid, timid yet creative at times, second-line center that is forced into the first-line role. As for Jones, he has blossomed into a dominant force on the Columbus blue line. This trade had the look of being a win-win trade for both clubs, but now, it is clear that the Blue Jackets have won this trade.

After the Johansen/Jones swap, the Predators made another attempt to find depth at the centerman position. On Nov. 5, 2017, they acquired Kyle Turris in a three-way trade with the Colorado Avalanche and Senators. The Avalanche acquired defenseman Samuel Girard, forward Vladislav Kamenev, and a second-round pick from the Predators while the Senators acquired Matt Duchene (whom the Predators signed over the 2019 offseason in free agency).

At the time of the trade, Turris was a legitimate second-line centerman who had the proven ability to score goals and make creative plays in the offensive zone. He was a former third-overall pick by the then-Phoenix Coyotes and was a proven leader in the locker room who had the ability to produce 50-plus point seasons.

Since coming over to the Predators, he has had one solid year (42 points in the 2017-18 season) but he has proven to be no more than a third-line center in the last two seasons totaling no more than 9 goals or 31 points in either season. On top of that, directly after acquiring him, he was signed to a six-year, $36 million contract. This is a huge cap hit ($6 million) that the Predators are forced to live with. Turris and Johansen will take up nearly 16 percent of the Predators’ cap room for the next three seasons before Turris’ contract expires. Meanwhile, Girard has blossomed into a cost-controlled asset for the Avalanche on the blue line and even outscored Turris these past two seasons.

As I mentioned previously, during the 2008 NHL Draft, Poile traded away the 15th overall pick to the Senators to move back to the 18th pick while also picking up a third-round pick. Even though Poile made up for this trade by selecting Josi with the 38th overall pick, Erik Karlsson would have been available for the Predators to draft. They ended up selecting goalie Chet Pickard, who never saw action in the NHL.

Honestly, Poile and his staff draft and develop defensemen like I have never seen before. He is one of the all-time greats. There is always an abundance of depth at the blue line in Nashville. It is not realistic to have the likes of Roman Josi, Ryan Ellis, Seth Jones, and Shea Weber on the roster at once when they are up for contract extensions. However, you can never have too many prospects and the Predators missed out on one of this generation’s all-time great offensive defenseman in Karlsson. 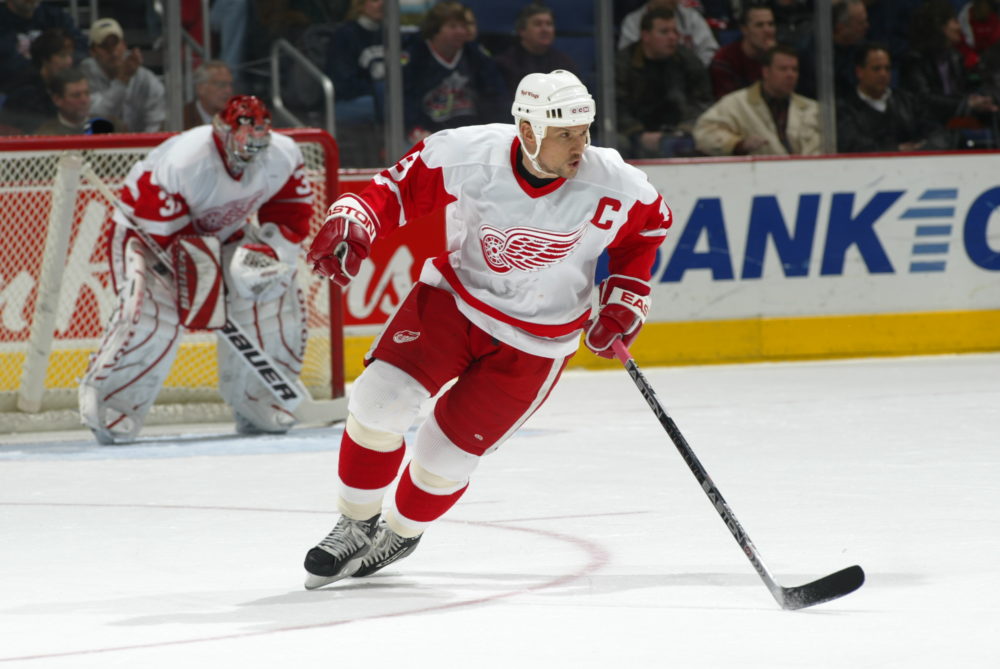