The 2021 NHL Entry Draft was exciting for teams around the league as each organization had a chance to fill its cupboards with more promising prospects. That includes the Minnesota Wild, who walked out of this year’s draft with seven new prospects.

The Wild had two first-round picks at this year’s draft, selecting Lulea HF goaltender Jesper Wallstedt at No. 20 and Winnipeg Ice defenseman Carson Lambos at No. 26. With both players being late first-round selections, this marks just the sixth NHL draft where Minnesota selected at Pick No. 20 or later. While Wallstedt and Lambos both have shown a lot of potential, not all of the Wild’s picks in the 20s have turned out well in the past. Some of those prospects did go on to do great things, while others fizzled out before their NHL career could even get off of the ground. Obviously, there’s no guarantee that either of Minnesota’s first-rounders this year will boom or bust, but it’s still interesting to look back and see what happened to past prospects drafted around the same area.

Here’s a look at the Wild’s history when it comes to drafting at pick No. 20 or later in the first round.

Following their first playoff appearances, the Wild entered the 2003 NHL Entry Draft with the 20th-overall pick in the first round. They chose to use it on the Brampton Battalion’s Brent Burns, who was actually a winger at the time. Needless to say, nobody could’ve foreseen the type of player he eventually became.

Burns was moved over to defense when he joined the Wild for the 2003-04 NHL season. His rookie season wasn’t too impressive as he had just six points in 36 games, but the potential was there. He spent the 2004-05 lockout with the Houston Aeros in the American Hockey League (AHL), growing more accustomed to his new role with each passing game. Once the NHL returned for the following season, Burns remained with the Wild and never saw time in the AHL again. He continued to improve with the puck, showcasing some offensive flair as he totaled at least 15 goals twice before the end of 2011. However, Minnesota had other plans for him as Burns was traded to the San Jose Sharks in exchange for Devin Setoguchi, Charlie Coyle and a 2011 first-round pick (Zack Phillips) during the 2011 NHL Entry Draft.

It was with San Jose that Burns reached his true offensive potential. In fact, since the beginning of 2014, only Erik Karlsson has had more points (462) than Burns’ 435. There was even a stretch between 2014 and 2019 where he had five straight campaigns that saw him score anywhere between 60 to 83 points. Not many defensemen have been able to dominate today’s NHL as Burns has in the past, even if he’s not exactly that player anymore. Still, he was one of the Wild’s picks in the 20s that went on to become something special, even if it wasn’t with Minnesota in the end.

Five years after selecting Burns, the Wild returned to drafting in the 20s in 2008. This time, they left the draft with Ottawa 67’s defenseman Tyler Cuma at No. 23. The young blueliner was coming off of a season that saw him put up 32 points in 59 games and Minnesota had high hopes that he’d turn into something special. Unfortunately, a knee injury in the 2008-09 Ontario Hockey League (OHL) season seemed to have halted any momentum that he was building.

Cuma made his professional debut with the Aeros in the 2010-11 season. However, he only played in 31 games due to him suffering another knee injury. He managed to play in 73 games in the following season, registering just six assists during that span. The Wild even called him up for a game, but he failed to impress and was never called up to play in the NHL again. Cuma sat in the minors for two more seasons before taking his career overseas where he still plays to this day. He’ll be playing for the Dornbirn Bulldogs in Austria next season and while it’s good that his ice hockey career is still ongoing, it’s a shame that he will forever be seen as one of the biggest first-round busts in Wild history.

With the first-round pick that they received from the Sharks in the Burns trade, the Wild selected Zack Phillips 28th overall at the 2011 NHL Entry Draft. The Saint John Sea Dogs center was coming off of a campaign that saw him record 38 goals and 57 assists (95 points) in 67 games. He was also a crucial part of the Sea Dogs winning the Memorial Cup and Quebec Major Junior Hockey League (QMJHL) Championship that year, which only added to the high hopes that Minnesota had for him.

After winning another QMJHL Championship in 2012, Phillips made his jump to the professional level in the 2012-13 season, putting up 27 points in 71 games with the Aeros. He remained in the AHL as the Wild’s affiliate moved to Iowa, but Phillips didn’t show that much improvement. After tallying 48 points across 125 games with Iowa, the Wild traded Phillips to the Boston Bruins in March 2015 in exchange for Jared Knight. Considering how neither player played a single NHL game for their respective new team, the deal was a wash for both sides. Phillips’ career continued as he spent time bouncing around the AHL, ECHL and various European leagues. Like Cuma, he holds the moniker of being one of the Wild’s biggest first-round disappointments as he failed to live up to the hype.

After putting up 32 points in 25 games with Farjestads Jr. in 2014-15, the Wild selected Swedish center Joel Eriksson Ek with pick No. 20 in 2015. While it was clear that he had some potential somewhere in him, it took him a while to earn an everyday spot with Minnesota. His first three North American seasons were split between the NHL and AHL where he scored 37 points in 148 games over that span.

However, it was in the 2019-20 season that Eriksson Ek finally earned his spot. He showed flashes of being a top-6 forward, potting eight goals and adding 29 assists in 62 games. His production increased in 2020-21 with a 30-point effort in 56 games, this time scoring a career-high 19 goals. While the Wild didn’t make it too far in the playoffs, the team still awarded Eriksson Ek with an eight-year, $42 million contract extension, which proves that the team expects him to be a major part of their organization for years to come. At 24 years old, he still has a lot of time to grow and become a legitimate No. 1 center. If Eriksson Ek can combine his goal-scoring ability from last season with his playmaking from 2019-20, there’s no reason why he can’t help the Wild find even more success going forward.

The Wild’s most recent time drafting in the 20s before this year was when they selected Swedish defenseman Filip Johansson back in 2018. The young blueliner has spent the last two seasons playing with Leksands IF in the Swedish Hockey League, which is fairly impressive considering how he’s just 21 years old. He was never expected to blow people away with offense, but having just 15 points in 85 games over the last two seasons may leave some desiring more. Johansson also faced issues when it came to being the occasional healthy scratch for Leksands and the fact that the Wild have yet to sign him to an entry-level deal has people wondering what the organization thinks his future with Minnesota looks like. Still, as mentioned before, Johansson is only 21 years old and a lot of defensemen don’t mature until later on in their careers. Only time will tell if he’s remembered in the same light as Burns or Cuma down the line.

Through five prior instances of drafting in the late-first round, the Wild have had their fair share of success and horror stories. In fact, it looks like the team’s selections in that range either boomed or busted with no in-between. Obviously, it’s too early to say which side Wallstedt and Lambos will be a part of. That may not even be decided until another 10 years down the line with how careers work sometimes. Regardless, a lot of things can happen to affect a player’s development, whether that be injuries or other circumstances, but the fact of the matter is that the Wild left the 2021 NHL Entry with two promising first-round prospects and that’s a lot for fans to be excited about.

As a lifelong hockey fan and recent Master of Journalism graduate, it’s always been my dream to write about the sport. That’s why you can find me here on THW covering the Minnesota Wild! You can find previous bylines on the Ottawa Citizen, Capital Current and various sports betting websites. 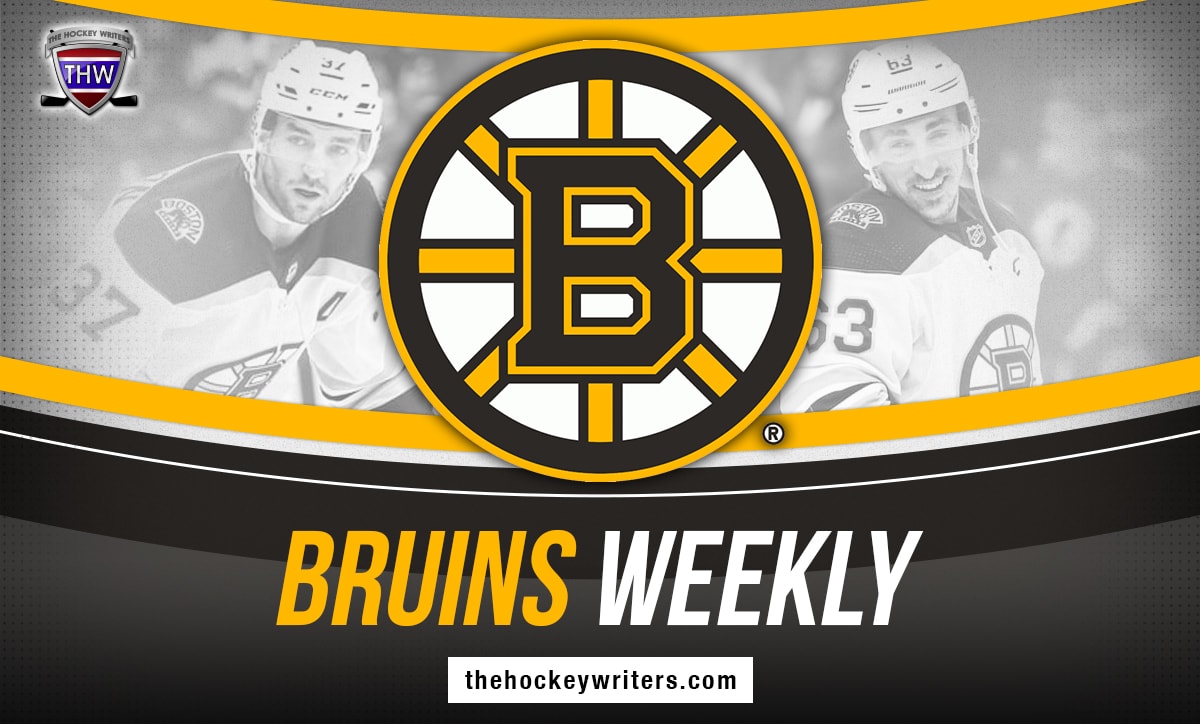 Red Wings Wednesday Weekly: The Boys Are Back in Town 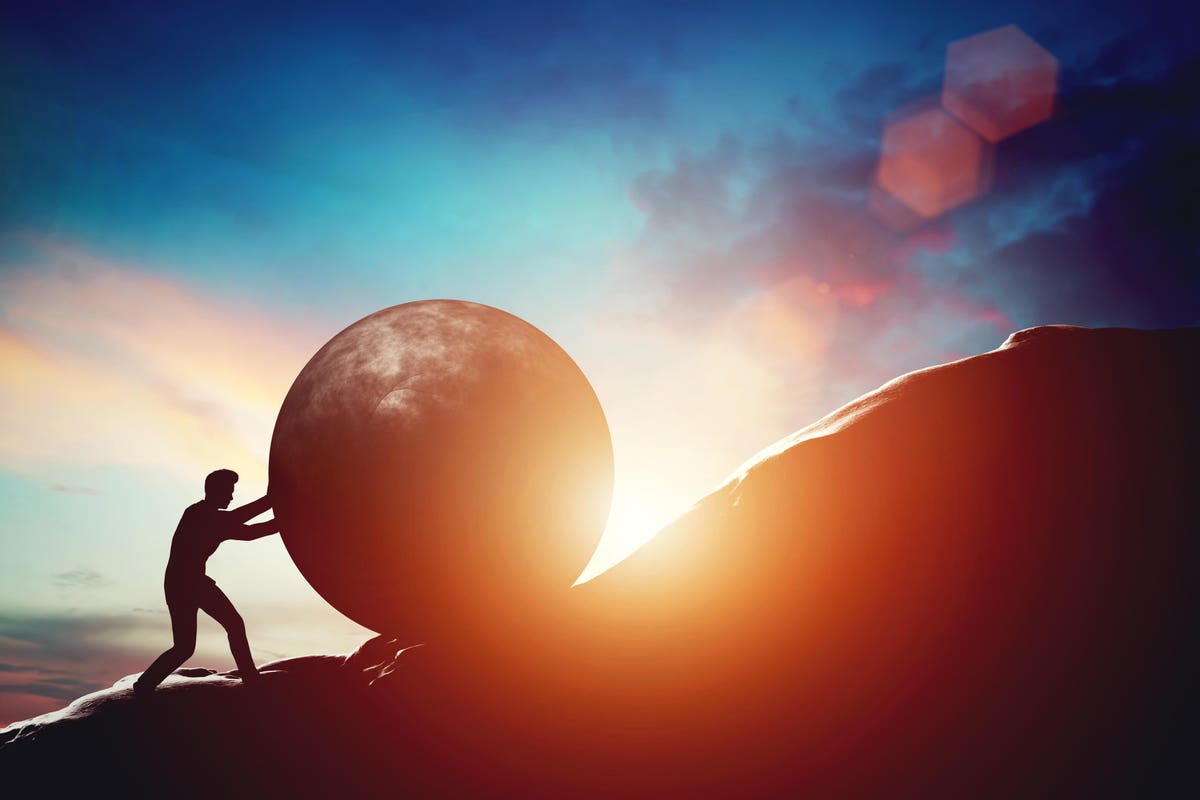 How To Negotiate In Tough Times
26 seconds ago