Brad Lambert is creating an issue for the Winnipeg Jets. It’s a good problem, but one nonetheless. The dilemma?

What do they do with him?

When they drafted the 6-foot-1, right-handed forward with the 30th pick in the 2022 NHL Entry Draft, there was no mention from the Jets that he’d be in their lineup this fall. There was plenty of public opinion and debate as to where he should start the 2022-23 season, but no talk of him starting the year in the NHL.

Lambert Is Turning Heads at Camp

That has changed. With only 15 forwards left in camp, the Jets have only two more cuts to make, and the 18-year-old Finn remains in camp still impressing the coaches.

What he does, we can’t teach. You can’t teach what that kid does with speed. It’s unreal how fast he is. We’ll teach him how to play the game and understand the game a little better. That will be our job, but some of the things he does, that’s just natural and it’s beautiful to watch when he gets going.

Mike McIntyre of the Winnipeg Free Press wrote, “Lambert has opened plenty of eyes, and maybe dropped a few jaws, in the two pre-season games in which he’s appeared so far. He followed up last Thursday’s one goal, one assist debut in Montreal with another strong outing Saturday against Edmonton. A highlight-reel assist was wiped off on an offside challenge, and his three overtime shifts were worth the price of admission.” (from “Big Bad Brad has speed to kill”, Winnipeg Free Press, 3/10/22)

Lambert Was Expected to Play Elsewhere

Throughout the summer, the debate surrounding Lambert was whether the Jets should assign him to the Manitoba Moose of the American Hockey League (AHL), or send him west to spend a year in junior hockey with the Seattle Thunderbirds of the Western Hockey League (WHL). Both seemed viable and logical options.

Related: Jets Get a Potential Draft Gem In Brad Lambert

Two seasons ago, Lambert was seen as a top-three prospect with some mention of possibly being the first-overall pick. Since then, in his two seasons with JYP in Finland’s Liiga, he struggled offensively and significantly dropped his stock in the prospect pool prior to the July draft. But as he explained, he was never too concerned.

“I said all along it might not be the best thing for the short run in terms of putting up a bunch of numbers, but it will help my overall game in terms of my readiness for the next level to play men’s hockey. Back in Europe it’s a really defensive league and you need to be responsible in both ends. I think that helped me quite a bit.”

Compound that with the disastrous World Junior Championship this past August where, as a member of Team Finland, he was exiled to the press box as a healthy scratch for the semi-final and championship games. Lambert scored a goal in the team’s first game, then was held pointless from that point on. Not exactly what you would expect from someone on the brink of making his NHL debut.

The real issue for Lambert, or any 18-year-old trying to make the jump to the NHL, is the speed of the game. Yes, he has speed and can absolutely fly on the ice. But keeping up to the pace of the game in the NHL is not an adjustment everyone his age can make. “Obviously it’s a faster pace than I’ve played at before. Everyone’s going hard all the time. You really gotta skate, especially in our system.”

#NHLJets Bowness says Brad Lambert’s potential spot on opening night has yet to be determined. Bowness says Lambert’s pace (speed) is NHL level but his unknown factors will be elevating to regular season intensity and quickness of decision-making. @TSN_Edge

It’s still premature to pencil Lambert into the Jets’ lineup at this point. He has impressed the coaching staff and those with a keen eye on the team, but the Jets have to determine what would be the best situation for his development.

The Jets have the option to send him to the Manitoba Moose, their AHL affiliate. They could keep a close eye on his development and assess his ability to play against other professional players. Their other option would be to send him to Seattle giving him a chance to light it up in the WHL against players his own age. I think they will keep him…but for no more than nine games. Under the collective agreement, a player on an entry-level contract can skate in nine games before teams must decide whether to send him to the AHL or junior hockey and delay the start of their contract to the following season.

Regardless of his fate, the Jets organization as a whole have been thrilled with what they have seen from Lambert so far. He will definitely find himself in a Jets uniform, if not now, absolutely in the future. The question remains, what do they do with him prior to opening night?

Keith Forsyth is a freelance writer and sports junkie from rural Manitoba who is covering the Winnipeg Jets for The Hockey Writers.  Keith loves all sports and is a huge fan of the NFL (Skol Vikings… if you know, you know) and the Montreal Expos (they’re coming back… you watch!). He recently retired from the education world teaching high school, where his greatest passion was coaching young athletes.  He brings that same logical, behind the bench type of approach to you as he delivers an insightful look into the NHL and specifically the Jets.  For interview requests or content info, follow Keith on Twitter or his social media accounts.  They appear under his photo on articles like this one. The Cavaliers will cool the Lakers off, plus other best bets for Tuesday 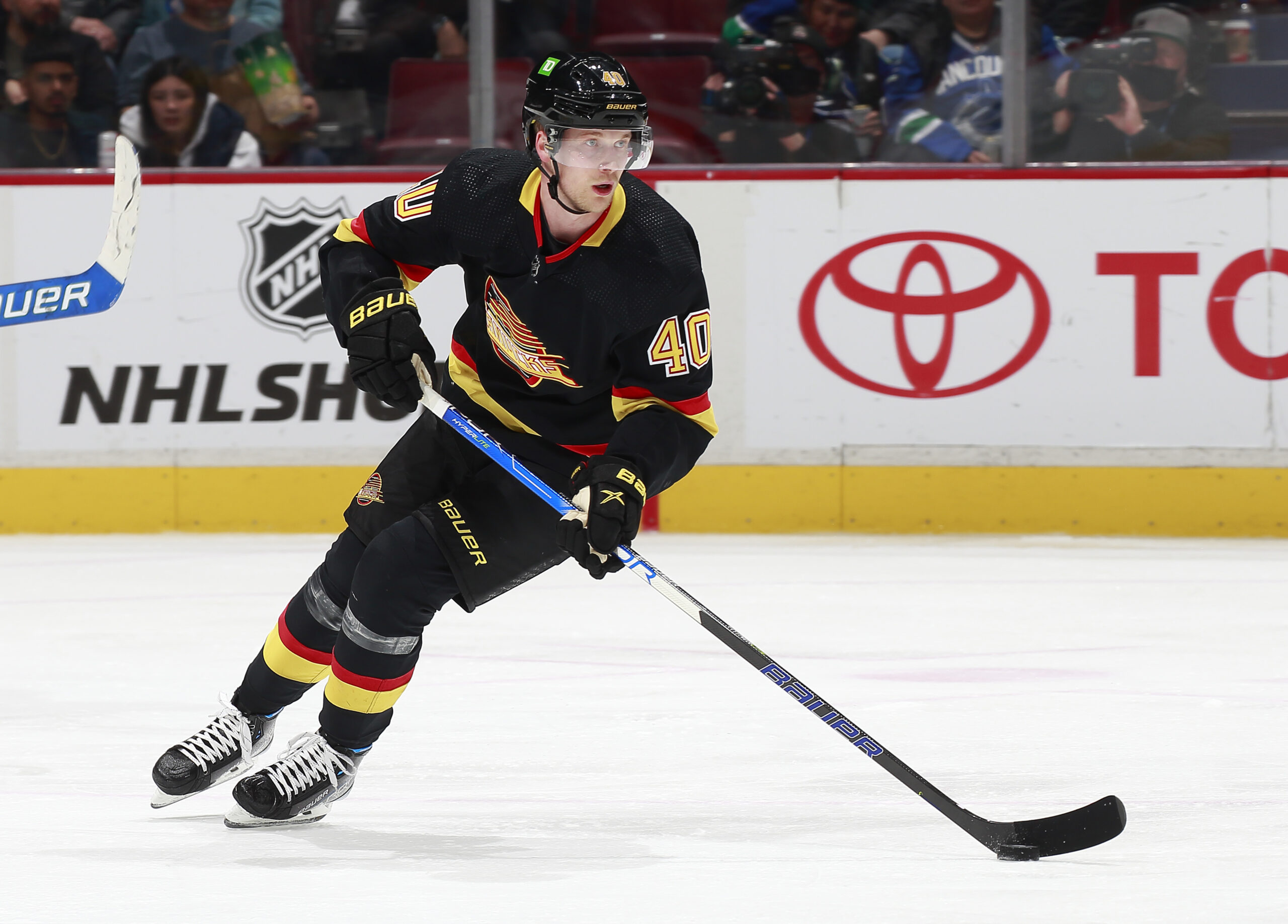