With the Montreal Canadiens being flush with young talent (players under the age of 24) in their NHL roster as well as in the American Hockey League, this list is dominated by them. With that said, because the Canadiens have had 28 draft picks since the 2020 NHL Entry Draft and could use their 11 picks in the 2023 draft to add to that pool, there will be many more graduating to the NHL club in the coming season. This list of current prospects will rank the top five Canadiens’ prospects during the first quarter of the season.

There need to be some criteria to explain the basics of who was selected and why:

Based on that, this top-five list still holds much promise for the future, and the 2022 draft class dominates this list of prospects. While none are expected to become franchise players, most have NHL player written all over them. One or two may become impactful additions to the Canadiens’ roster in a few seasons, which is when fans will expect general manager (GM) Kent Hughes will have built the franchise back into a Stanley Cup contender.

The 2020 second-round pick has picked up offensively where he left off last season with the Acadie Bathurst Titans of the Quebec Major Junior Hockey League (QMJHL). He scored 100 points last season and is on pace for 108 points this season, leading his team in points by a large margin.

A 2021 second-round pick, Oliver Kapanen has made huge strides over his rookie season in Liiga, Finland’s top professional league. Last season, he had only two points in 16 games, but this season, he has five goals and 11 points in 23 games played with his club team, KalPa. To add to this, his five points in five games internationally with Finland’s under-20 national team in the Three Nations Cup, a warmup tournament ahead of the 2023 World Junior Championships (WJC), where Kapanen is expected to play a big role at center for the defending silver medal team looking for revenge.

A fifth-round selection in the 2021 NHL Entry Draft, outside of the local media touting a francophone player getting selected by the Canadiens out of the QMJHL, there wasn’t much fanfare when Joshua Roy’s name was called. His slide from being the first overall pick in the QMJHL draft to a fifth-rounder at the NHL level seemed to have motivated him, as he’s made impressive leaps in development since then.

So far, during the 2022-23 season, Roy has 12 goals and 32 points in 19 games played, a pace of 109 points. That looks like a very good D+2. However, it is a dip in production from his D+1 season, where he led the QMJHL in scoring. The difference this season is that he has added an improved defensive posture. He’s also changed his offensive style from a shoot-first player to that of a capable playmaker, diversifying his offensive options and making him a more complete player and one that is ready to make the jump to the professional ranks next season.

At 19, he is still eligible to play in the under-20 WJC. It is also highly likely he will play in the 2023 edition of the tournament as he is a returnee, having won a gold medal with the 2022 team in August, where he scored three goals and eight points while playing a checking role.

Like Roy, Sean Farrell is a D+2, and this 21-year-old sophomore forward has picked up where he left off as a freshman. He has elite hockey IQ with excellent playmaking ability. Farrell’s production so far this season, four goals and 10 points in seven games played, puts him on pace to surpass his production from last season, where he was doing well enough for Team USA to add him to their Olympics and World Championships lineups.

What is more reassuring is that his production has continued while he has added a defensive aspect to his game. Farrell has been added to Harvard’s penalty-killing unit. And his compete level in all three zones has only amplified his hockey IQ, as his work ethic has given him the ability to play at a higher pace than last season.

Filip Mesar made his presence felt the moment he began his OHL career. His transition in moving from playing professionally in Europe to playing in the Ontario Hockey League (OHL) has been seamless. Even though more offense could be expected of the 2022 first-round pick, he’s been impressive in his play with the Kitchener Rangers. In 12 games played, he has six goals and 14 points, placing him fourth on the team in scoring.

While his two-way play has helped the Rangers become far more competitive, they are still hovering at the bottom of the OHL standings but are at least now knocking on the door of a playoff spot.

Lane Hutson has been on everyone’s radar since his draft year when he was a defenseman with a more than point-per-game (P/G) season. While the 18-year-old defender was just added at the recent 2022 draft, his play so far this season has been nothing less than elite at the NCAA level. The freshman and current Hockey East Defenseman of the Month was also named Hockey East Rookie of the Week for the second time so far this season. Hutson has put his impressive footwork to good use, using his mobility and edgework to generate space to maneuver and speed to defend.

Hutson has been clutch offensively, scoring at a 1.09 P/G pace in his first 11 games played. What adds some hope to the fanbase is that he does well in comparison to another undersized offensive defenseman in Adam Fox. As a freshman, Fox had a 1.18 P/G with Harvard University, which is in a weaker NCAA conference.

At the start of the Canadiens’ 2022 NHL training camp, not much was expected from Owen Beck, the Habs’ 2022 second-round pick. Yet, he put in the work and earned himself an entry-level contract before being returned to the Mississauga Steelheads, where he assumed a leadership role as an assistant captain. So far this season, the 18-year-old center has 14 goals and 25 points in 17 games played, which puts him at the head of his team’s scoring, all while continuing his torrid pace as a faceoff specialist, winning over 60 percent of his draws like he had last season.

Beck has retained his torrid pace, and his style of two-way play is reminiscent of that of Canadiens captain Nick Suzuki. Beck’s 1.47 P/G pace this season is close (but still less than) to that of Suzuki’s 1.56 P/G in his D+1 season. But to be compared to Suzuki in style of play should make fans excited to see what comes next.

That does it for this week’s edition of the Canadiens Prospects Report. Stay tuned, as each week we will provide updates on some of the young prospects making their way up the Habs’ depth chart.

Blain is a regular contributor as a THW Writer. For over 7 years he has been a part time journalist and podcaster covering the NHL, the Montreal Canadiens and its affiliates. He has made appearances on various television and radio stations as well as podcasts to discuss the Canadiens, and the NHL. Blain has taken the lessons on integrity, ethics, values and honesty that he has learned as a 29 year veteran of the Canadian Armed Forces and applied them to his work as a journalist with the goal to be a trusted source of information and entertainment. 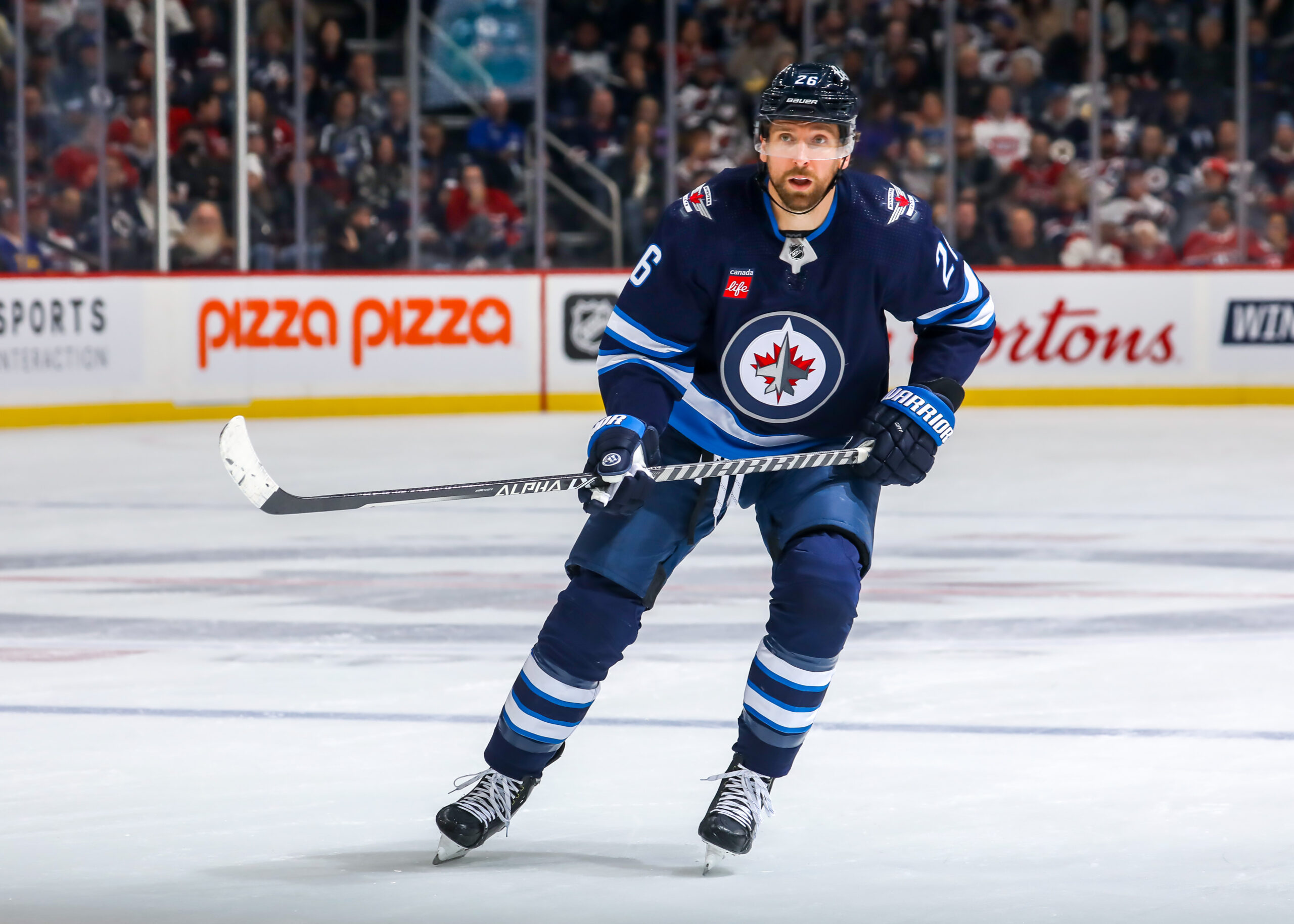