The Buffalo Sabres are well on their way to tying the longest playoff drought in NHL history, as they are positioned to miss for the 10th straight season. During most of the drought seasons, however, there were certain positives the team and its fans could take from them and use as a reason to be optimistic for the future. Over the past two seasons, though, much of what made the Sabres an exciting team to watch – say, Jack Eichel’s top-end talent and Jeff Skinner’s goal-scoring prowess – had all but dried up.

After the firing of head coach Ralph Krueger last week, fans had reason once again to hope for real change, and rethinking the Sabres’ forward lines was going to be one way to make that happen. As it turns out, even without Eichel in the lineup, Skinner and young center Casey Mittelstadt make a pretty good pair.

Skinner, who from the outside looked to be in Krueger’s doghouse for the better part of his tenure behind the Sabres bench, is finally getting the opportunity under interim head coach Don Granato to thrive in a goal scorer’s role, one that suits him just fine. Mittelstadt, who was on a one-way track to being called a “bust” before this season, is finally showing tangible progress and making his case as a complete NHL player. Keeping the two of them together might be just what the Sabres need to produce some offense and provide a spark for this roster once again.

Mittelstadt was the Sabres’ first-round pick in 2017, selected at eight overall ahead of players such as Nick Suzuki, Erik Brannstrom, and Kailer Yamamoto. The 22-year-old has struggled to earn his spot in the Sabres lineup since being drafted, despite there being ample opportunity to at least crack the third or fourth line and to get his NHL game going. That made deciding what to do with him upon his entry-level contract expiring all the more difficult. But when the team signed him to a one-year deal worth $874,125 in December of 2020, it was clear: he was on a “prove it” deal.

Mittelstadt has played more than well enough this season to earn another contract, despite failing to score a big number of points. In 15 games played this season, Mittelstadt has one goal, four assists, and five points, with two of those points coming on the power play. The forward, who has spent much of his time on the third line this season, has racked up 14 shots and a 7.1 shooting percentage (S%). None of those markers might seem all too impressive, but in a season that has seen the Sabres win just six of their first 30 games and embark on a historic losing streak that is now at 14 games, Mittelstadt actually deserves some praise for his play this year.

In his last five games, Mittelstadt has earned over 15 minutes time on ice (TOI) three times, registering a high of 17:26 TOI a few games ago. While his S% is down markedly from his career S% this season, so is every other player’s on the Sabres. And, it remains at a respectable 10.3 S% on his career. That’s a relatively decent place to be as a young center.

Mittelstadt has registered 44 points in 129 career NHL games and looks stronger, faster, and more confident this season than he ever has before. A restricted free agent (RFA) after this season is up, he is probably on his way to signing a bridge deal, much like teammate Sam Reinhart’s two-year, $3.65 million per year contract he signed in 2018. In all respects, I think Mittelstadt has at least earned another “prove it” deal, one that carries low risk and high reward.

Skinner became one of the biggest culprits for the Sabres’ shortcomings this season, as he went scoreless for the majority of this season until finally scoring his first goal. His lack of production was a major cause for concern, as he is playing in just the second year of an eight-year, $72 million contract he signed in June of 2019, carrying a $9 million AAV through the 2026-27 season. Skinner is being paid to score goals, and if he wants to show he was worth that contract, he had better start scoring goals again.

Skinner is less than two seasons removed from scoring 40 goals for the Sabres, playing alongside none other than Eichel in the 2018-19 season. That season, Skinner’s first with the Sabres, was with former head coach Phil Housley, however, and once he was gone, Krueger did not give Skinner the opportunity to play on Eichel’s line consistently, save for a couple of games here and there. In the 2019-20 season, he scored just 14 goals and 23 points in 59 games and has scored just three goals and one assist for four points so far in the 2020-21 season. He was also a healthy scratch for three games, a decision by Krueger that contributed to his firing, to be sure.

Much like every other player in a Sabres jersey this season, Skinner is shooting at his worst S% of his career, with just a 5.3 S% on the season. That is less than half his career S% of 10.8. For a player with 261 career goals, three goals through 27 games simply are not good enough, no matter who your linemates are. But it certainly does help when you have a skilled center, which is why it’s been a breath of fresh air to see Skinner skating alongside the youthful and improving Mittelstadt.

Skinner looks to be heating up now, scoring twice in his last three games and recording six shots on goal in the Sabres’ last game against the New York Rangers. He had 16:55 TOI in the most recent contest, up from the about 12:00 TOI he was averaging earlier in the season. It would appear as if more minutes with a better center equals better production.

With Eichel Out, Skinner & Mittelstadt Could Step Up Big Time

Eichel is out for an extended period of time with an upper-body injury, so any chance of him and Skinner reigniting their magic this season can effectively be ruled out and will have to wait until at least next season. That’s why it makes all the more sense to keep Skinner and Mittelstadt together and let them build that chemistry that we’ve seen glimpses of during this Sabres losing streak. It has been one of the only high points in the last month, and they’ve earned the right to more playing time in all situations.

Mittelstadt’s career-high in points is 25, which came back in the 2018-19 season when he played 77 games. I have a feeling he has much more to offer and has just scratched the surface of his potential this season. He made a commitment to getting stronger and faster and bided his time in the AHL with the Rochester Americans to do so. He’s earned his shot, and he should get the chance to keep proving he can play at the NHL level and be a productive center for the Sabres in a top-six role.

Skinner is finally starting to round the corner and reignite his game, something Sabres fans have been itching to see for over a year now. He is finally looking like the exciting goal scorer we saw two seasons ago, and should he stay that way, he can help be a part of the solution for this team’s turnaround.

With Eichel out, Skinner and Mittelstadt can lead the charge of injecting some energy into the lineup, and maybe even stay together once Eichel returns, and in the case that Taylor Hall re-signs with the Sabres. For the time being, they are an exciting duo to watch, and it’s refreshing to see a couple of players on the Sabres finally build some chemistry and look like they enjoy playing with and for each other out on the ice.

Brandon is a Buffalo Sabres Contributor for THW, and Co-Host of THW’s ‘Sabres Scoop,’ who received his Master of Science in Sport Administration from Canisius College in Buffalo, NY, and founded his website, Seltytending, in 2017. He is an avid hockey writer and podcaster with prior work experience in the OJHL, NWHL, and NCAA. Twitter: @BSalts15 2021 Selke Award Finalists: Who Should Take Home the Trophy? European Union adds the U.S. to its safe travel list
3 mins ago

The Low Probability of Startup Success- and why you should still do it!
7 mins ago 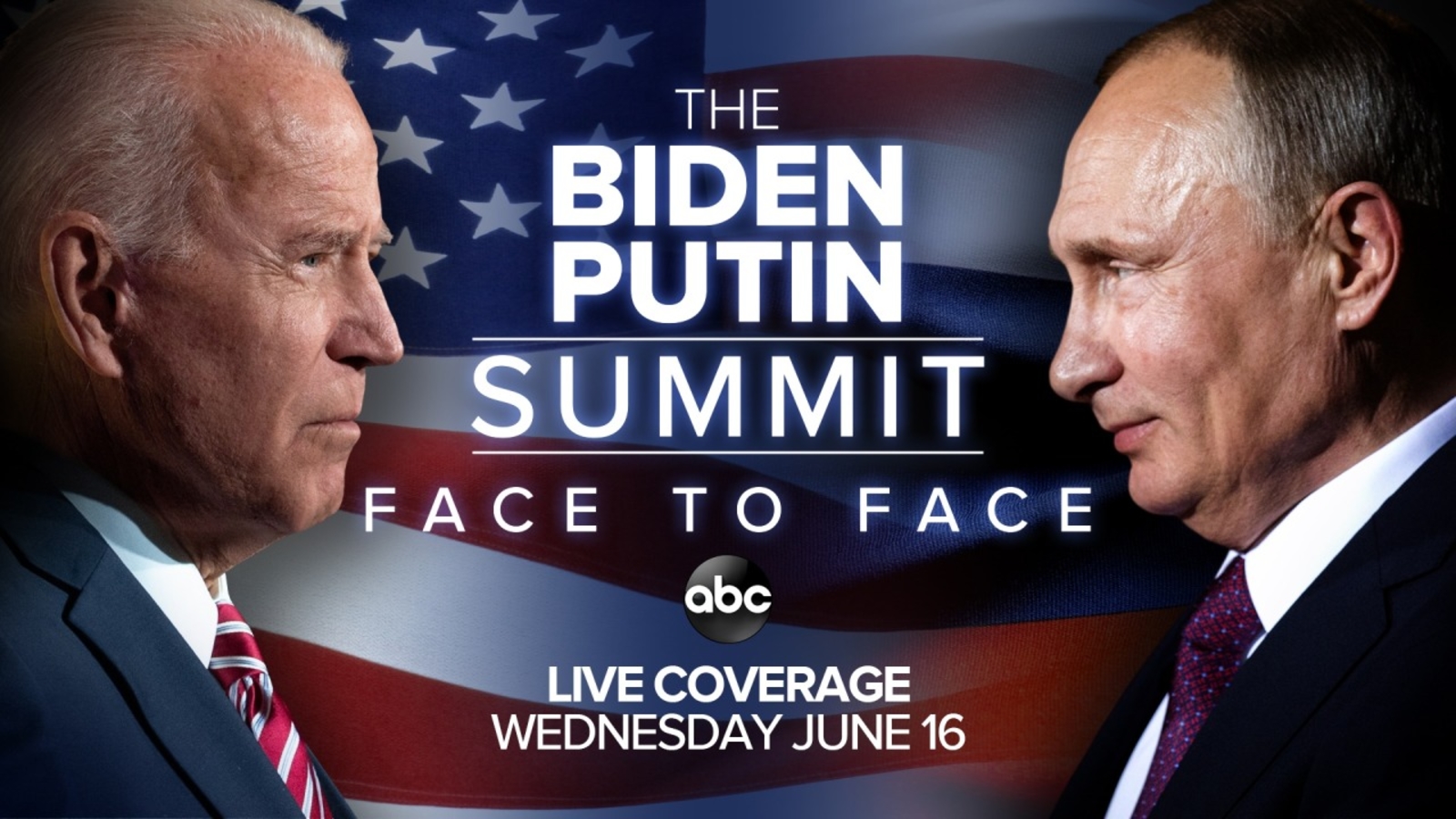