If the 2020 NHL Draft taught us anything, it is that size will reign supreme when there is uncertainty for a draft class. In that class, a number of big-bodied power forwards were selected higher than expected, as teams fell back on the old habit of selecting players who already had NHL size while worrying about developing their all-around game for the future.

This applies to prospect Andre Gasseau because he is one of those prospects with an NHL-caliber frame as a 17-year-old, clocking in at 6-foot-4 and over 200 lbs. Along with this frame, he also brings a smart, 200-foot game, where he is able to contribute in both the offensive and defensive zones.

Throughout the 2020-21 season, the Los Angeles native has been playing for the U.S. National U18 team, playing with some of the top talents in the league. In 42 games, he has posted 12 goals and 27 points, which are solid totals given his skillset.

After he completes this season, Gasseau is committed to playing hockey for Boston College (BC), meaning he will continue cutting his teeth by playing with one of the top collegiate programs in the country. This bodes well for him, as it will give him the time and structure to work through some of the flaws in his game, potentially allowing him to round out his gameplay before making the jump to the AHL and eventually the NHL.

So, while he may not be seen as one of the top players available at the 2021 draft, there is a lot to like when you look at Gasseau. He has a great all-around toolkit and could be in the perfect situation to fully develop it over the next four to five years.

As previously mentioned, size talks on draft night. While on paper Gasseau projects to be a mid-tier selection, likely someone you would expect to see go off the board around the fourth round, it’s also not a stretch to say he could go far sooner than that.

Given what we saw last year with big-bodied forwards, I wouldn’t be surprised to see Gasseau hear his name called as soon as the early third round. However, it would also make sense if he slipped to the early fourth given some of the questions around where he is at right now, but given his size and potential, I can’t see him falling much past the mid-fourth round.

He’s not a big-time scorer and isn’t ranked among the better centers in this draft class, but Gasseau screams NHL center in so many ways. He has the perfect frame for a pivot (6-foot-4, 202 pounds), but he’s one of the better 200-foot centers available…

Having strong puck control also makes him very effective on transition, being able to protect the puck well from opponents. He does struggle with the puck in high traffic areas and will need to make improvements to be able to get into high danger areas more consistently

For a young player with a big body, improving his skating will be of the utmost importance for Gasseau to reach his full potential. Right now it is passable but will need to continue developing before he will be able to crack the NHL.

Also, Gasseau needs to work on his shot, which is decent but has room to improve into a more complete and dangerous element of his game.

When you look at his toolkit and intangibles, Gasseau has everything to become a solid NHL forward, even if that is only in a bottom-six role. He could provide a team with a great depth option that uses his size to throw off opponents, while playing tough in front of the net, and even taking on consistent time on the penalty kill.

Now, it is difficult to say whether or not the bottom six will be his ceiling or his floor. Depending on how he develops at BC, he could round out his game with more offensive upside and become a second-line power forward, or he may just settle in as a solid all-around bottom-six player.

There really isn’t a lot of risks in selecting a player like Gasseau, assuming he is taken in the mid-rounds of the draft. Since he is already committed to BC for 2021-22, you know that he has a few years ahead of him to grow his game while playing against top opponents in his age group. If he is able to fill out his frame and develop a more consistent toolkit in college, then he may be ready to make the jump to a bottom-six NHL role immediately out of college. 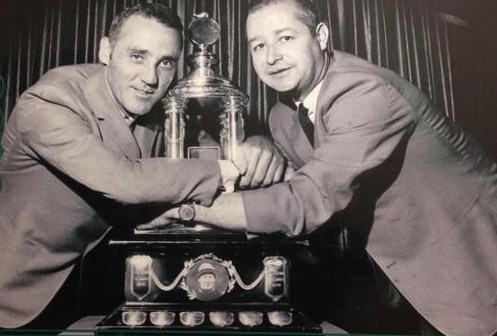 Teacher survey project: Teachers reflect on returning to school this spring
2 mins ago 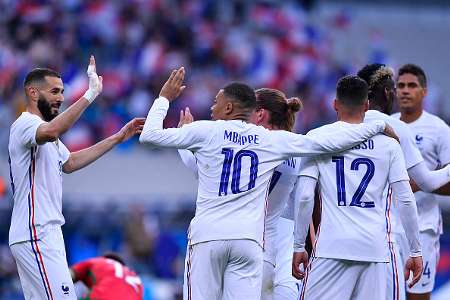 Euro 2020: Christian Eriksen in ‘good mood’ as he recovers after cardiac arrest – reports
13 mins ago

‘No more room for excuses from England’
14 mins ago