The Nashville Predators acquired Finnish forward Mikael Granlund at the 2019 Trade Deadline. Much is known about his on-ice abilities: he’s a great playmaker who can make defensemen look silly and rarely takes penalties. What many don’t know about him is that he’s an interesting person, and his story should be known by hockey fans everywhere. Here are seven intriguing things about Granlund’s life, both on and off the ice.

Mikael may be the better known of the two, but his younger brother, Markus, also plays in the NHL. Just under 14 months separates the brothers, and the two were drafted one year apart – Mikael in the first round of the 2010 Draft and Markus in the second round in 2011. The Minnesota Wild took Mikael while the Calgary Flames drafted Markus. Markus spent parts of three seasons with the Flames before they traded him to the Vancouver Canucks on Feb. 22, 2016. He played with the Canucks through 2018-19 and was a restricted free agent at season’s end. For his NHL career he had played in 301 regular-season games with 55 goals and 97 points, including 12 goals and 22 points in 2018-19.

2. Made Senior Debut on 17th Birthday

On Feb. 26, 2009, Mikael turned 17. He still had a year before the Wild called his name at the draft. Most hockey players are in some form of a junior league at that time – perhaps the USHL or high school in the United States, or the CHL or a Junior-A league in Canada. And for Granlund, most of his 2008-09 season was spent in the same manner, with Kärpät U20 of Finland’s Jr. A SM-Liiga, the nation’s top junior league.

However, on his birthday, Kärpät promoted him to their senior team in the Liiga, the nation’s top men’s league. He immediately centered the team’s top line between veterans Vesa Viitakoski and Jonas Andersson. That’s a level of trust and confidence not experienced by many 17-year-old hockey players. Granlund only played two games in the Liiga that season, but it set him up for a productive draft season and the success that followed.

The biggest reason for him only playing two games with Kärpät in 2008-09 was due to a contract dispute that occurred between Granlund and the team. It was started when he declared that the contract he signed was illegal because no compensation was defined, specifically equipment. It was also alleged that the team changed the date of his insurance application without his permission.

It led to Granlund and his agent suing the team, and in the meantime he signed a contract with HIFK, also of the Liiga, for the 2009-10 season. The situation resulted in the team admitting that they had made mistakes, but they were made out of good faith. However, that did little to remedy the situation, as Granlund played the 2009-10, 2010-11, and 2011-12 seasons with HIFK and never returned to Kärpät.

In 2011, a 19-year-old Granlund had the opportunity to represent Finland at the senior level for the first time in his career, doing so at the 2011 World Championships in Slovakia. In the semifinal game against Russia, he scored one of the most memorable goals you’ll ever see. Deemed the ‘Lacrosse Goal,’ he skated the puck behind Russia’s net off an offensive zone faceoff.  Instead of going for a traditional wrap-around attempt, he lifted the puck on his backhand side of his stick and swatted it into the net, catching the Russian goaltender off-guard.

The play went to review but ultimately stood. It propelled Finland to a 3-0 victory and a spot in the gold medal game. They eventually won that game over Sweden 6-1 and captured a gold medal for just the second time in tournament history. Granlund finished second on the team with nine points, but it was the ‘Lacrosse Goal’ that will forever stand out.

Granlund’s goal was so important to the Finnish people that he was honored in some pretty unique ways. One such way was with an audio recording called “Taivas Varjele!,” which translates to “Good Heavens” in English. It was that exclamation that Finnish hockey commentator Antero Mertaranta made in response to Granlund’s goal. The recording took sections of the broadcast from that game and remixed them into a single. “Taivas Varjele” was so popular in Finland that it shot all the way to number two on the Finnish Singles Chart and number one on the Finnish Download Chart, both in its first week.

Another unique way his goal was commemorated was with a national stamp. Itella, the government-run national mail service, designed the stamp to show the moment the puck is entering the net, stunning the goaltender. The stamps were available for purchase, and they were quite a hit, selling out by mid-afternoon on the day of their release. When you consider that in the United States commemorative stamps are typically reserved for iconic people with career achievements, Granlund’s goal being worthy of a stamp conveys how important it was to his fellow Finns.

The 2011 World Championships was not Granlund’s only opportunity to represent Finland at the tournament. He also participated at the 2012, 2013, 2016, and 2018 installments. In his most recent time representing his nation (2018), he captained Finland. It was his second time doing so, having captained the nation’s U20 team at the 2012 World Junior Championships, but it was his first, and so far only, time captaining the senior squad. Although it was Granlund’s first experience as captain of the senior team, Finland’s national coach Lauri Marjamaki quickly picked Granlund as his captain once it was known he was available:

“I can’t really explain it, but I was so sure of it,” he said. “He shows an example every day is very important to our team. I like his style and how he plays. He’s behaved so good and he’s such a good captain. I am sure he will succeed in this tournament.” Marjamaki on picking Granlund as captain.

Individually, Granlund had a great tournament, with nine points in eight games, but Finland struggled with only a fifth-place finish.

7. Traded to Nashville While Fiance Was in Labor

As I mentioned at the top, the Predators acquired Granlund at the 2019 Trade Deadline, sending Kevin Fiala back the other way. That in and of itself isn’t a big deal, players are traded all the time. What made this trade interesting is that at the time of the deadline Granlund and his fiance were expecting their first child. In fact, when Wild general manager Paul Fenton agreed to the trade on Feb. 25, Granlund’s fiance was in labor at hospital. When Fenton was able to make contact with Granlund, the two talked about fatherhood for over five minutes before the trade was brought up.

Following the trade, Granlund didn’t immediately join the Predators, and didn’t play in the first game after the deal. When he did join the team, they were on the road, so neither he nor his family headed for Nashville for some time. Luckily, the road trip took him through Minnesota, and he was able to spend time with them then. Following the road trip, his family joined him in Nashville. It may not have been the most relaxing time, but everything worked out in interesting fashion. Even more incredible, Granlund’s fiance delivered their son on the 26th, sharing a birthday with his father.

More Than a Reserved Player

When on the ice, Granlund may appear to be a reserved, typical Finnish hockey player. However, off the ice, he’s quite interesting. Predators fans have been gifted with several players whose lives are highly interesting. And one of the newest Predators just happens to be one of the most interesting. Hope you enjoyed this brief insight into Granlund’s life. Stay tuned for more in ‘Seven Things’ series.

My name is Kyle, and although I’m from Pennsylvania and grew up a Penguins fan, I cover the Predators here at The Hockey Writers. And while I would consider myself a Predators fan, I really enjoy watching all hockey and try to always take an objective approach to things. In addition to covering the Preds, I write hockey history and some statistical analysis pieces as well as book reviews. 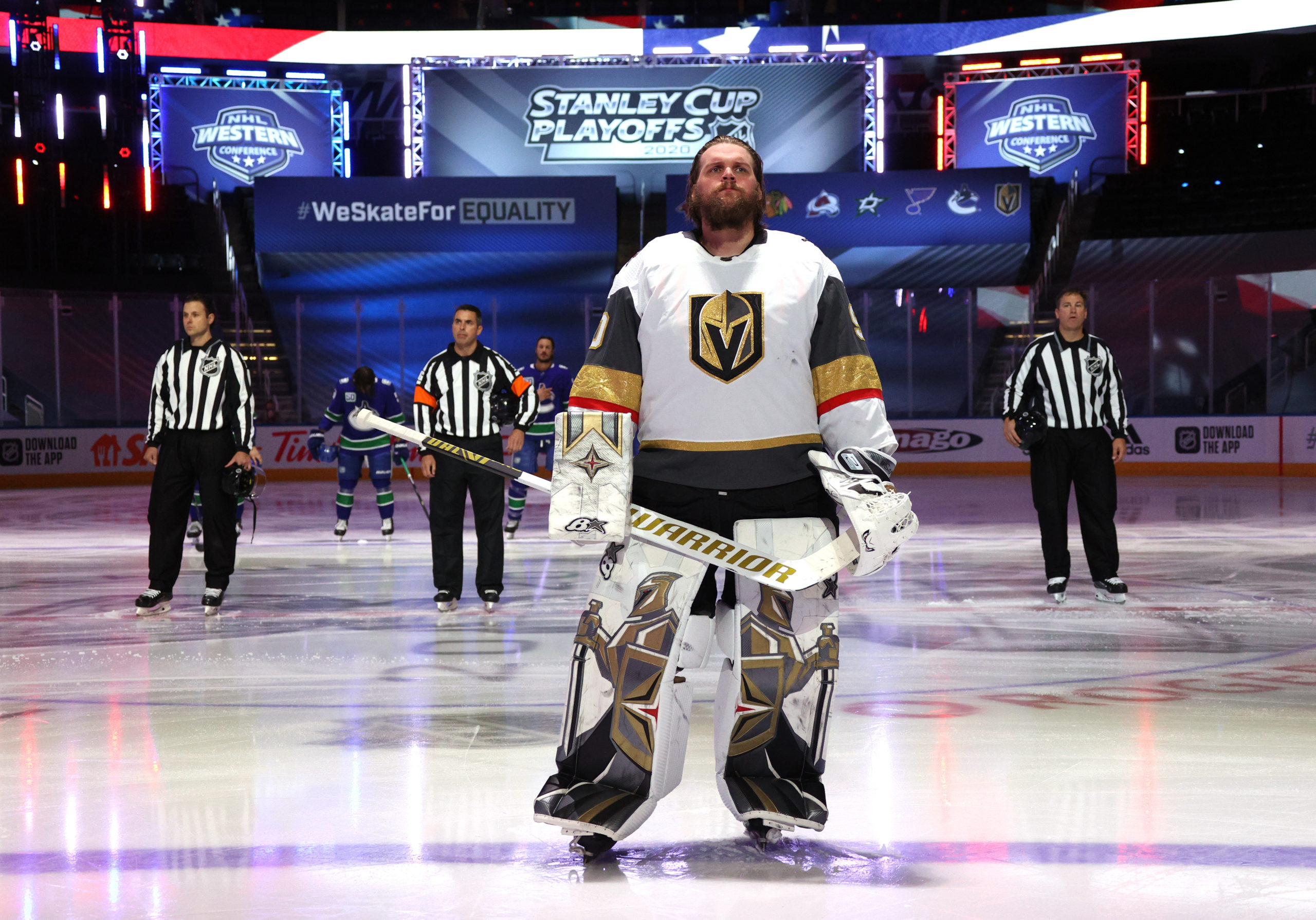 Some destinations are shutting out unvaccinated travelers. Here are a few
6 mins ago

6 tips for safe sightseeing
8 mins ago