The Anaheim Ducks kick off their preseason on Sunday afternoon at the Tucson Convention Center against the Arizona Coyotes. With 64 players invited to camp, there are storylines aplenty and still many decisions to make in terms of sorting out the starting lineup and building team chemistry and identity.

The buzz surrounding the team this year is a step forward as fans are sensing the tides changing after an unsavory campaign in 2021-22. Here are five storylines for the Ducks ahead of their preseason debut.

Who Stands in for Sam Carrick?

When Anaheim announced their preseason roster back on Sept. 21, they revealed Sam Carrick’s hip procedure back in May was successful. The 30-year-old centerman has spent the better part of 10 seasons tearing up the American Hockey League (AHL) as the captain of the San Diego Gulls before nabbing a bottom-six role and putting up a career-high 19 points (11G, 8A) in 64 games with the Ducks last season.

Carrick signed a two-year extension over the offseason, making him a likely candidate to return to the lineup once he’s eligible in November. But who will occupy his place until then? Chase De Leo, who also signed a two-year deal back in July, could slot in on the fourth line. You’d expect good compete from De Leo, as this could be his last chance to crack an NHL roster.

Similarly, the Ducks will be looking to Max Jones to rebound after nearly a calendar year without any competitive play. Jones is returning to the lineup after missing nearly all of last season with a torn pectoral muscle – it’ll be up to him to prove he can live up to the hype that surrounds a former first-round pick. The Carrick injury gives Jones a better chance to hold down a bottom-six spot on the opening day roster.

Gibson Is Gearing Up for New Season

You’ve got to wonder if John Gibson is a fan of Tom Cruise and the new ‘Top Gun’ movie:

The Ducks goaltender had his new helmet showcased on social media this week and one can’t help but feel it’s an appropriate style considering he could take the Ducks to new heights this year.

Alas, “it takes a lot more than fancy flying” to win at the NHL level. Sweet new bucket, though.

Bringing Mason McTavish Into the Fold

One of the biggest questions plaguing my mind this week is where the Ducks will insert Mason McTavish into the lineup. The third-overall pick from the 2021 NHL Entry Draft is a guaranteed lock to crack the opening day roster, but where he fits in is still up for debate.

He’s the kind of player who will immediately make the players around him better. With a hard-working attitude and a killer release, it would not come to anyone’s surprise if McTavish was in the conversation for the Calder Trophy this season.

The Ducks brought in Ryan Strome in the offseason, giving them the ability to work their rookie centerman up and down the lineup as they see fit. With an arsenal of skills at his disposal, McTavish will likely be tried in a variety of positions and paired with an assortment of wingers to see who he meshes with best.

It would be a huge vote of confidence from head coach Dallas Eakins if he were to begin the season anchoring the third line. Though, speculation flying around the league says he could find himself as a second-line winger with Strome up the middle. Initial chemistry will dictate how everything shakes out.

In an article last week by Eric Stephens of The Athletic, McTavish had an interesting take on where he thought he would fit in the lineup. “But the decision is left to Verbeek and Anaheim head coach Dallas Eakins. The Ducks had him develop as a center last season but went out and signed veteran Ryan Strome to complement Zegras and have Isac Lundestrom as their third-line pivot. It is possible that McTavish will make the team as a left wing as he did last fall. To that potential scene playing out, McTavish simply said, ‘I don’t care’” (from ‘Stephens: Anaheim Ducks’ Mason McTavish, after ‘magical’ play, ready for NHL breakthrough’, TheAthleticNHL, 9/19/22).

Another player who will likely be placed under the microscope this preseason is the 2019 first-round pick (29th overall) of the Ducks – left winger, Brayden Tracey.

The 21-year-old scored two goals in three games as part of the 2022 Rookie Showcase, which was held in San Jose over the Sept. 16-19 weekend. In an interview over the summer, Tracey’s message to Ducks fans was to “be ready.” An ominous, but promising sign the best has yet to come for the former Moose Jaw Warrior.

As an 18-year-old, the Calgary, Alberta native tore up the Western Hockey League, scoring 81 points (36G, 45A) in 66 games with the Warriors in 2018-19. He’s not played in one place consistently since the lockdown and could benefit from a bit of consistency. That said, another season in the AHL may do him some good.

Tracey will likely get a long look this preseason as the Ducks appear most vulnerable on the left side of the ice. If he has a good camp, he’s got a shot at making this wide-open bottom six.

There’s one big question looming over the heads of every Ducks fan coast to coast. Who will emerge and take over the vacant captaincy? There may not be any sense of urgency from the team to put a ‘C’ on the chest of one of their players, but one must wonder whether Trevor Zegras will assume the role at some point in the year. Verbeek has been adamant that he’s not going to negotiate with his pending restricted free agents until after the season to avoid distraction.

However, Zegras is already the face of the NHL video game franchise, as he’s plastered on the cover of the EA Sports NHL 2023 title alongside women’s hockey star, Sarah Nurse. His jersey sales have skyrocketed ever since he wowed the crowd with his creative skillset and his super shootout performance at the 2022 All-Star Game.

The Ducks could make Zegras the face of their franchise this year to capitalize on all the hype surrounding the young player. It would also give fans a sense of relief knowing the future of the franchise would be coming into shape in an orderly fashion.

Keep these storylines and more in mind ahead of Anaheim’s season opener against the Seattle Kraken on Oct. 12.

Freelance sports journalist. Contributor for the Anaheim Ducks team at The Hockey Writers. 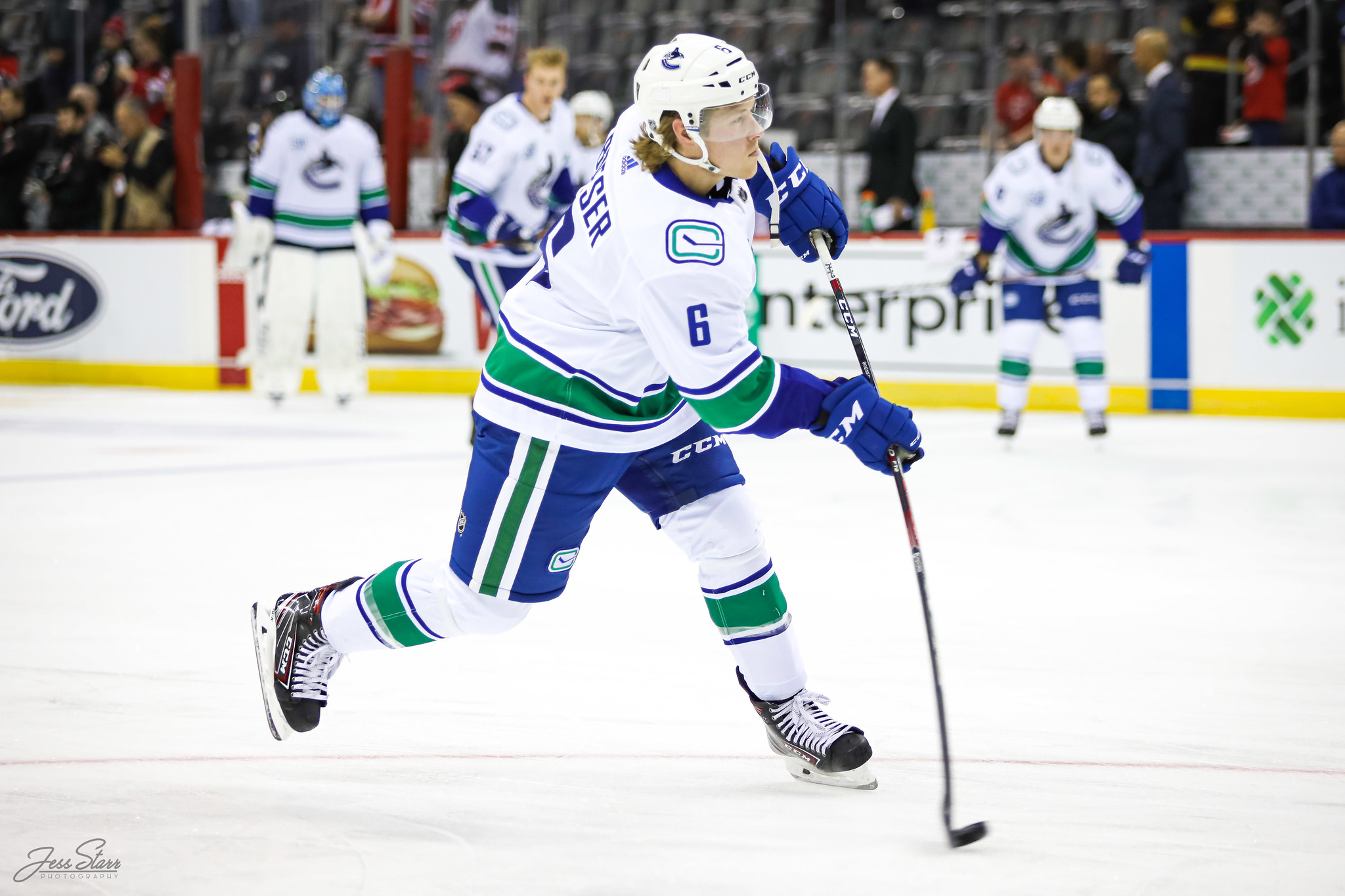 Lesser For Boeser: Why Canucks Won’t Get Good Return In Trade

Oilers Leaders Need to Stand Up for Puljujarvi