After a breakout rookie season, expectations were high for Deebo Samuel’s fantasy football value coming into his sophomore season. Unfortunately, a foot injury put Samuel on the sidelines for the first few weeks of the season. Now that he is healthy and returning to practice this week, his return is right around the corner. What does his upcoming season debut look like and what is his value in fantasy football? Let’s take a closer look.

After being a second-round draft pick for the San Francisco 49ers last season, Samuel came into his rookie season with high expectations. He was a big playmaker in college but had constantly struggled with staying healthy. He was able to overcome those issues and only miss one game in 2019 while being featured early and often in the 49ers offense.

It was only in Week 2 where he would have five receptions for 86 yards and a touchdown. He would see at least five targets in three of his first seven games before really getting going in the second half of the season. From Week 9 through the end of the season, Samuel would have at least 50 yards from scrimmage in all but one game. That would include four games with 100+ yards from scrimmage as he was not only a big receiving threat but a very capable ball-carrier as well (122 yards rushing over the final eight games of the season).

Related | What’s next for the 49ers and other injury-riddled teams?

In regard to Deebo Samuel’s fantasy football value, he was one of the highest-scoring wide receivers during the second half of last season. From Week 9 until the end of the regular season, Samuel was the seventh highest-scoring wide receiver in half point-per-reception (PPR) leagues. So even in a run-heavy offense, Samuel was able to be fantasy gold for those who grabbed him their leagues. It also showed that despite being a rookie, he was also trusted to have a big role in what would be one of the best teams in the NFL.

As mentioned, not only was Samuel a big-play threat with a 14.1 yards-per-reception mark, he also made the most of his opportunities. As a ball-carrier, Samuel averaged a remarkable 11.4 yards per rushing attempt. This led to him blowing his expected fantasy football point total out of the water.

Despite being a threat every time he had the ball in his hands, Samuel didn’t grade as well in terms of consistency score. He would finish just inside the top-50 at the wide receiver position in 2019 with a score of 3.08, which was good for 49th best. Part of that can be blamed upon how reliant the 49ers were on their run game because of how dominant their defense was at limiting opposing offenses. But despite his low consistency score, Deebo Samuel’s fantasy football value was still very much in play during the 2019 season.

The 49ers have struggled at wide receiver without Samuel

With Emmanuel Sanders departing in free agency coupled with Samuel’s injury, the 49ers had a much different looking wide receiver group coming into this season. The team would draft Brandon Aiyuk in the first round but he had dealt with his own injury to start the season.

In the first three games of the season, 49ers wide receivers accumulated only 301 yards receiving and one total touchdown (a rushing touchdown by Aiyuk in Week 3) with only three receivers seeing more than one target (Aiyuk, Kendrick Bourne, and Trent Taylor). Aiyuk would provide by far the best single-game fantasy performance with 101 scrimmage yards and one touchdown this past weekend.

Outside of Aiyuk’s strong Week 3 performance, the 49ers have struggled to get production from their wide receiver position. To put it in perspective, their running backs have combined for more receiving yards (320) and receiving touchdowns (three) thus far.

Jordan Reed, who was forced to start in star tight end George Kittle’s place, has scored more touchdowns (two) by himself than the entire wide receiver group. So Samuel’s presence has sorely been missed and he will be a welcome addition once he does return.

With Samuel expected to return to practice on Wednesday, he is on track to be ready for Week 5 if not this coming weekend for Week 4. Coming off a major injury, Samuel is expected to be eased into action.

So we may not see him get his full complement of snaps/offensive touches until around midseason. But after that, he has the chance to be a second-half star for the 49ers, and Deebo Samuel fantasy football owners lucky enough to have him on their roster.

His return should line up with other injured stars making their way back on the field as well. Jimmy Garoppolo is dealing with a multi-week ankle injury while Kittle is dealing with his own knee injury. Plus Raheem Mostert and Tevin Coleman could also be back as well. So the 49ers may have the majority of their starting offense back on the field and healthy by the halfway point of the 2020 season.

With all of the season-ending injuries they’ve suffered on defense this year, their offense will be even more relied upon to carry them for another Super Bowl run.

The defense being down multiple key players such as Nick Bosa and Solomon Thomas for the rest of the season are huge blows to one of the best units in football. So while the 49ers offense was able to rely heavily upon their run game with the defense stifling opposing offenses, Garoppolo and the offense will be needed to do more once he and the other key players return. This also means Samuel is fully expected to assume his number one wide receiver duties once he is back.

As we saw over the second half of last season, Samuel was a multi-faceted weapon used all over the field. That led to Samuel having a much higher floor than other wide receivers because of his usage in the run game. Despite Aiyuk having a similar role in Week 3, he will slide back into the second or third wide receiver spot and have a similar role to Sanders last season albeit a bit more rushing upside.

When fully healthy, Samuel is fully capable of being a weekly WR2 in fantasy football leagues with WR1 upside. He won’t necessarily be a “must start” as soon as he returns, but he very well could be by midseason.

After holding opponents to 20 points or under in nine of 16 games last season, the 49ers defense is going to struggle to maintain that pace this season. Thus, Garoppolo and the offense will likely need to pass the ball more than the 478 times (fourth-lowest in the league) they did last season.

That is good news for Samuel, especially considering he may be needed more in the running game with injuries to Mostert, Coleman and now Jerick McKinnon. So he can expect to maintain one of the highest target shares on the team as the first or second option in the passing game plus also having the added bonus of potential carries as well.

While Samuel may not be 100% until midseason, make no mistake about what he brings to the table. Head coach Kyle Shanahan was creative about getting the ball in Samuel’s hands and will have no issues doing that again once Samuel returns.

He’s a dynamic offense threat and it very much translates to fantasy football. If he is still on your league’s waiver wire, make him a priority addition with an eye towards the second half of the season. He could end up being a league-winner for many. Xiaomi Mi 12 to get new LPDDR5X RAM, Snapdragon 898 chip and more
4 seconds ago 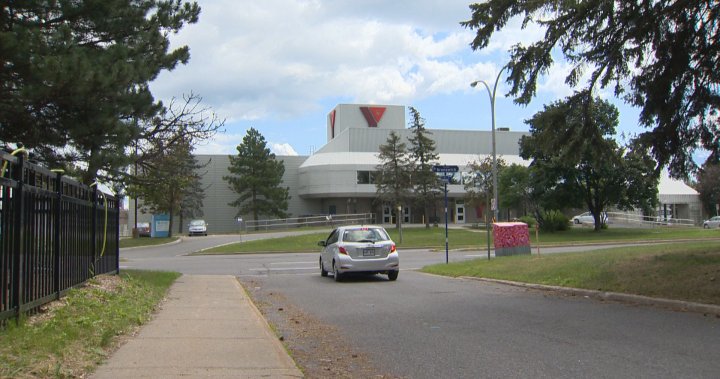 Another step toward universal preschool in California?
6 mins ago

Another step toward universal preschool in California?