There are two types of sports fans in the world — those who cheer for dynasties and those who cheer for the fall of dynasties. Similarly, Tom Brady provokes two primary responses from sports fans. Some revel in his continued success and glory in his accomplishments. Others feel that rooting for Brady is like rooting for a billionaire to win the lottery. Brady is on his way to his 10th Super Bowl as the Tampa Bay Buccaneers prepare to host (host!) Super Bowl LV at Raymond James Stadium in Tampa after their 31-26 of the Green Bay Packers in the NFC Championship Game.

NFL Recap isn’t here to tell you how to feel about it. Furthermore, Recap is in no hurry to write another column about Brady’s legacy of excellence because we have an excellent legacy of writing an endless series of such columns over the last 20 years.

Related | Who is playing in the Super Bowl in 2021? NFL Playoff results from Conference Championship games

Instead, let’s look back at Brady’s remarkable 2020 postseason run (including Sunday’s wobbly second half). We’ll take a moment for some reflection and emotional honesty. And finally, we’ll contextualize Brady’s 2020 season, on and off the field, in a slightly different way than you might expect.

Immortal Brady played the first half of Sunday’s NFC Championship, going 13 of 22 (with a few dropped passes), 202 yards, 2 touchdowns, and several pinpoint teardrops. One of those teardrops included a 39-yarder against a napping Packers’ secondary to Scotty Miller in the final seconds before halftime to give the Buccaneers a 21-10 lead.

Mortal, creaky, 43-year-old Brady played the second half, throwing 3 interceptions (two of them ugly) as the Packers mounted a comeback. As Brady has often done during the long third act of his career, he relied on his defense to pick up the slack.

Shaq Barrett and Jason Pierre-Paul finished the game with 5 combined sacks of Aaron Rodgers. The Buccaneers’ defense kept the Packers from capitalizing on Brady’s final 2 interceptions and kept them out of the end zone in the fourth quarter of the NFC Championship Game.

Brady has completed just 55% of his passes for 7 touchdowns and 3 interceptions in the 2020 postseason. However, he’s now led the Buccaneers past the tough Washington Football Team and New Orleans Saints defenses. He capped off a grueling three-game road trip that ended on an icy afternoon at Lambeau Field in the NFC Championship Game to get the Buccaneers to the Super Bowl.

It was much grittier than the annual coronation ceremonies for Brady that we have gotten used to. And in that respect, despite the numbers, it was even more impressive.

Tom Brady fatigue is only natural

I can remember writing about Brady on a beige box of a desktop computer with a 3.5-inch floppy drive and a dial-up modem. I can remember watching him replace Drew Bledsoe early in the 2001 season on a low-def tube television.

Recap was at the Deflategate game against the Indianapolis Colts in Foxborough and covered Brady’s New England Patriots on-site at three Super Bowls. From the era when international-media lovelies would throw themselves at him during “Media Day” through Ron Gronkowski’s first retirement, I have seen it all and covered it all. From the championships to the scandals to the late-era relationship dramas.

And frankly, I’m sick as hell of Tom Brady.

You may feel the same way. If you are under 35, you may not even remember a world without Brady. Brady was your father’s favorite (or most loathed) quarterback, and now he’s yours, too. He’s The Simpsons reruns on a cable channel, Bruce Springsteen on DadRawk 102.9 FM.

Yes, he’s great. Yes, he’s important. But yes, it’s annoying to have to keep genuflecting before his altar after two decades and counting. He won an NFC Championship Game instead of an AFC one. OK, we get it.

Brady fatigue can also be mixed with appreciating Brady’s greatness

There’s nothing wrong with a little Brady fatigue. The symptoms include a little resentment, a slight craving to see young stars take the stage without Mister Living Legend hogging the spotlight, a mild headache when Troy Aikman blames Brady’s mistakes on his receivers’ inability to leap 20 feet for errant passes, and an uncontrollable urge to slap someone silly when they insist that you appreciate all of this historical greatness that you will someday tell your grandkids about.

Please note — your grandkids will think you are lame for not remembering any of the great first-generation Overwatch League legends.

Being sick to death of Brady’s self-satisfied but undeniably handsome face doesn’t make you history’s greatest monster or most monstrous ingrate. There’s also nothing wrong with finding a way to appreciate all that Brady greatness. Especially in a year when Brady, in his role as a transcendent sports superstar, was one of the few constants we could turn to in the worst of times.

The year that is 2020 fell upon the world like a heavy stage curtain in front of a flopping comedian in mid-March.

First, the NBA pulled its players off the court. Then the NCAA basketball tournaments were canceled. Soon, there was a terrifying silence across the sports cable tier, the talk-radio airwaves, and the blogosphere. In those frightening days, one person kept the lights on in my industry and gave fans some sports-flavored C-rations to chew upon.

Brady, whose signing with the Buccaneers, offered hope for the dawn of a dramatic new NFL era. One in which the world no longer revolved around the New England Patriots. Little did we know his new team would advance beyond the NFC Championship Game.

Then, on a Sunday afternoon in May when “live sports” still meant soccer from Latveria and table tennis from Madripoor Island, a quartet of living legends hit the links — Brady, Peyton Manning, Tiger Woods, and Phil Mickelson. For a few hours, for the first time in two months, there was a live American sporting event on television.

The last year has been so tumultuous that it’s easy to forget how it felt to once again watch something besides a replay of the 2014 Stanley Cup Finals. That silly charity tournament offered a moment of hope for the return of a semblance of normal life. Something we are still hoping for months later.

Now that you remember that little round of golf, you surely remember Brady’s ridiculous shot. It typified everything that’s both inspiring and irritating about Brady. The mixture of exceptional athleticism and inestimable luck, the sense that gravity itself sometimes tilts in his favor, and that he has come to expect it. Love it or hate it, Brady’s shot was our only sports highlight for much of the spring. Heaven knows we needed it.

Brady leading the Buccaneers to Super Bowl LV is only fitting

So it’s fitting that the 2020 NFL season will end with Brady. It’s reassuring to see him out there, a constant through a time of tragedy and turmoil—a familiar face and storyline in a year of unfamiliarity. Rooting for him in Super Bowl LV with the Buccaneers will be a thrill for some. Rooting against him will be rewarding for others. Either way, the Super Bowl will look and sound blissfully normal with Brady there.

However you feel about Brady, don’t take him for granted. Because 2020 is a reminder that absolutely nothing in life is a guarantee. However, Brady in the Super Bowl comes pretty close. 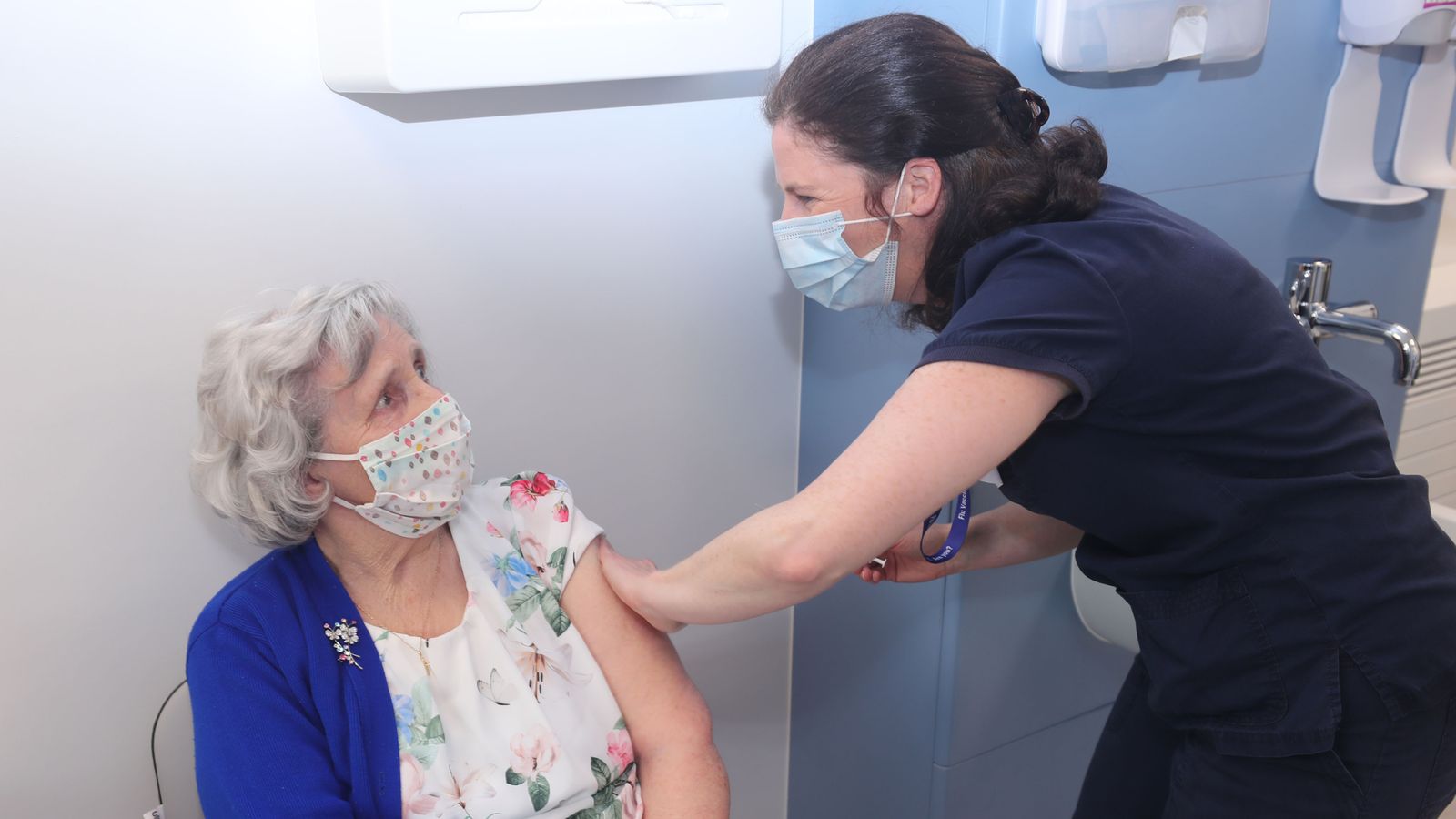 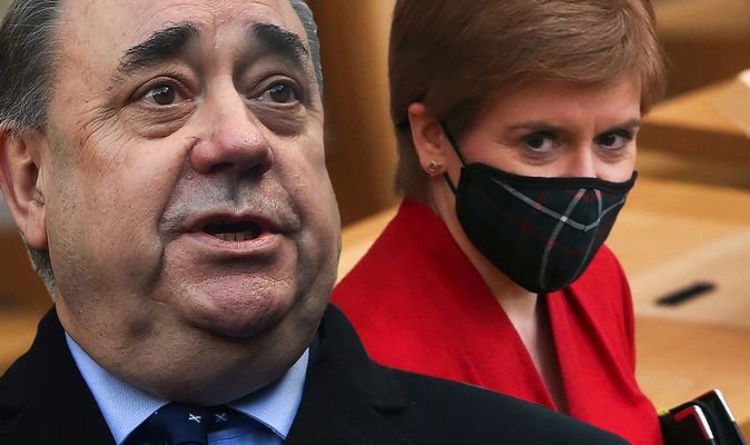