Yes, it’s currently still the month of August. No, we have no idea what’s going to happen or where we’re going with the college football season. Please think of this Cowboys 7 round 2021 NFL mock draft as an admittance of what the team currently needs to address on the roster and what they’ll most likely need to address come April. More than anything, this is an exercise to get fans of the Dallas Cowboys acquainted with some of the fine folks that could be wearing a star on their helmet in 2021.

The game has changed in recent years. No longer are the archetypes of safeties split between the bigger, thicker, and more physically strong safety and the more fragile, rangy free safety. With modern defenses requiring more versatility than ever, the position, and those that play it, are forced to adapt. Enter, Longhorns safety Caden Sterns.

Sterns is listed 6-foot-1 and 207 pounds, and if that is correct, the Cowboys could have a really intriguing future on their hands.  Sterns doesn’t appear anywhere near physically maxed out. Despite being one of the “bigger” safety prospects, his frame still appears lean throughout, providing a saliva-inducing level of excitement regarding his physical potential.

This selection would keep Sterns in his home state of Texas, where he has remained so far in his football career. What is interesting about his path to the University of Texas is that he never once actually intended to sign down in Austin.

When the top 20 overall recruit was considering schools, the Longhorns were coming off a 5-7 season and hardly resembled the team he grew up loving. To make the matter even more complicated, he actually grew up with a bit of resentment towards the school after they failed to offer his older brother a scholarship a few years prior. If it weren’t for his mother urging him to reconsider, Sterns would have ended up at LSU.

What does Sterns bring on the field?

Sterns has a bit of everything on the field. One of the most interesting positive traits is how cerebral he is on the back end for Texas. Far too often Longhorns prospects, and defenders, in particular, are underdeveloped in this area. Sterns remains assignment sound consistently and does so while not sacrificing his natural instincts.

As I stated in my article on Caden Sterns:

“The most impressive part of his game may be his peripheral vision. He’s able to pedal and flow and then somehow catch a receiver crossing from backside into an unoccupied zone, which he’ll attempt to close on to make up for a blown coverage elsewhere.”

He’s not a bad run defender either. He plays more than physical enough against ball carriers, and his form as a tackler is solid. However, he won’t be mistaken for Kam Chancellor. If he adds a bit more power and mass to his frame, he could more effectively and more violently take on blockers and become one of the more impressive safeties in the entire league.

Whilst we’re on the subject of versatility, become acquainted with the somewhat positionless but valuable Kary Vincent. First and foremost, this young man can absolutely scoot. He is the “makes fast people look not fast” player in the draft. Vincent once recorded a 10.07 in the 100-meter dash while at LSU, which is over .5 seconds faster than Henry Ruggs III, whose 10.58 was a 6A Alabama record.

He’s on the smaller side of the scale as a player, but his physical skill set will allow him to line up all over the field and shouldn’t preclude him from getting reps as an outside corner given his leaping ability. Although he shouldn’t and won’t be asked to cover tight ends at the next level, having a player that can be your starter in the slot vs. 11 personnel and can scoot back to a traditional safety role in heavier personnel groupings allows for some creativity from a team-building perspective.

Vincent still needs to sharpen his technique as a pure cornerback, which is common for young players with his elevated level of speed and agility. He needs to learn not to simply rely on his athleticism to keep him on the hip of receivers but to remain patient in his pedal and react to what his assignment is giving him. If he can do that, he could be a fun chess piece for Mike Nolan, Maurice Linguist, and Al Harris.

Oh, how the mighty have fallen. Prior to the 2019 season, Adebo was my personal CB1 heading into it. His high points as a cornerback prospect were right up there with the elite of the elite. The way he attacked the football in the air was mesmerizing. His physicality against the run was intoxicating. His physical profile as a cornerback was exciting, and then 2019 happened. Now, he gets drafted in the third round of this 7 round 2021 NFL mock draft. With the Pac-12 not playing football in 2020, it’s difficult to see a path to improving his draft stock markedly.

After setting a school record for passes defensed in 2018 with an astounding 24, Adebo fell flat in his junior campaign. That same aggressiveness that led him to high acclaim after his sophomore year became his Achilles heel in 2019.

What are the concerns with Adebo?

As I stated in my article on Adebo.

“He works so incredibly hard to mirror comeback and other stop routes that he spins his wheels in the transition and gets beat downfield. And there’s no worse sight than a cornerback pumping his arms after getting torched for 40+ yards. Davis got him that way twice in their matchup.”

Part of this is due to having some wandering eyes in man coverage. Now, as Cowboys fans, we all want cornerbacks who are able to find and attack the football down the field, but as a route progresses, those eyes should be locked onto his assignment and that alone.

The real reason why pick 91 appears to be his value is that he isn’t the most limber or nimble of cornerbacks. He is long-legged, and with those long legs comes a lot of traveling distance, which makes for some difficult transitions. This is not unlike current Cowboys rookie cornerback Trevon Diggs, who is also very much in that same mold.

What they also have in common is their physicality at the line. That is something that Al Harris, who was referred to as “Press God” by former defensive back Will Blackmon, will covet throughout the draft process. The fit in the Dallas scheme is what makes this a home run pick. Even with the poor 2019 tape, his style is a presumptive fit for what the Cowboys are looking to do at cornerback.

Okay, what are we even doing now? Can the Cowboys afford to just take defensive back after defensive back like this? Well, kind of. As of now, they have one-year deals on HaHa Clinton-Dix, Xavier Woods, Chidobe Awuzie, and Jourdan Lewis. The Cowboys are in a situation where they’ll want to replace them if they don’t perform well in 2020 and will struggle to pay them if they outperform expectations.

Secondly, Hufanga provides that same versatility we talked about earlier with Vincent in a different package. Instead of being the cornerback/safety hybrid, he’s the safety/linebacker hybrid. Ideally, this would allow the Cowboys to remain in their “base” defense with five defensive backs without sacrificing their run defense against heavier personnel groupings.

Hufanga’s lack of long speed and his role at USC will be the reason he doesn’t end up going higher in the draft, but he’s the type of player that will complement the Cowboys secondary well. He may even struggle downfield against the more athletic tight ends in the league, and his efforts as a deep safety aren’t overly inspiring, but finding a player that is all of those things wrapped in one isn’t bad in round four.

Hufanga is stout against the run. This would allow the Cowboys to play him in the box as a pseudo third linebacker and swing Vincent back to the safety spot if they’re looking to remain in their two-high shell. In addition, Hufanga can take on blocks, pursue the ball carrier, cover the tight end in line and drop back and be a positive zone defender. We’re just playing complimentary football here.

This one is for you, Joey Ickes! The son of Hall of Fame nominee fullback Lorenzo Neal has been on the radar for yours truly for a while now. Neal has an obvious NFL pedigree, is 320-plus pounds, and wears the number nine. What more could you possibly ask for? Bring the young man in and let him eat gaps and club offensive linemen’s shoulder pads to oblivion.

Additionally, he’s not a bad athlete for his size. He can occasionally surprise the offensive line on a slant, and his lateral mobility is a plus for a player of his stature. He is a player with some big-time splashes on his resume, who has shown the ability to punch out the football and his tough to move.

So why is someone like that available in round seven? Well, because he’s a tad too inconsistent. The big man’s pad level can be downright poor at times, and he’s too often found tumbling to the ground because of it. Also, a knee injury in 2019 that cost him his season and the lack of football in his conference could prove a lot to overcome, despite his flashes from 2018. 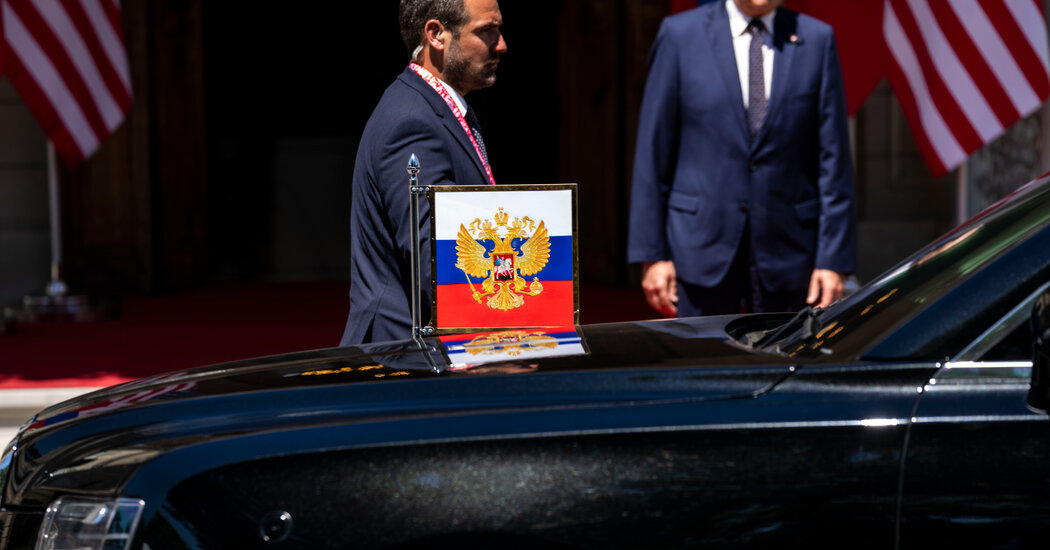 The E.U. says there’s ‘not much hope’ for any quick improvement to its own relations with Russia.
14 seconds ago 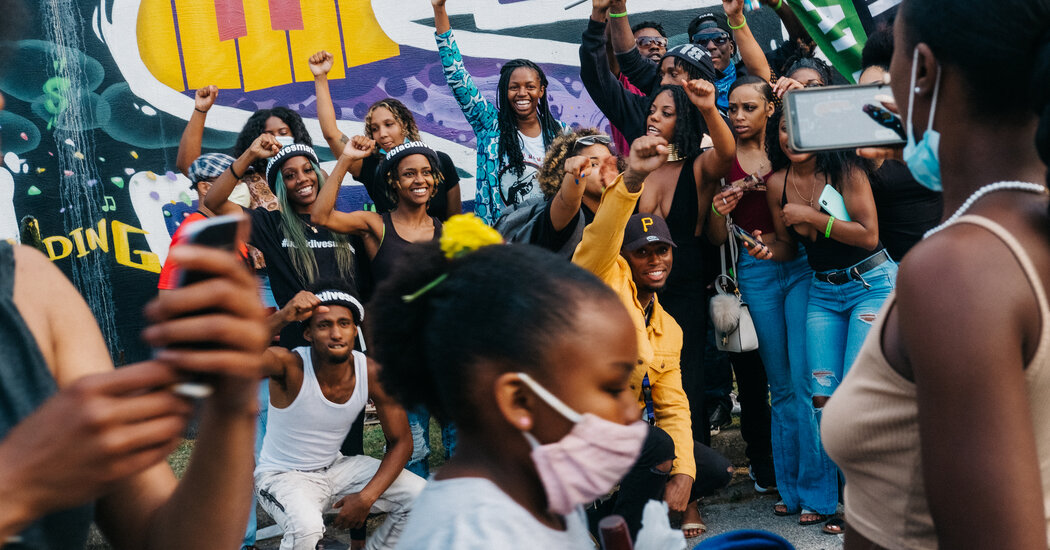 House Passes Bill to Make Juneteenth a Federal Holiday, Sending It to Biden
1 min ago