It’s been a turbulent season for the Atlanta Hawks, a team that entered the 2020-21 NBA season with expectations of a playoff run for the first time in years. A huge offseason, highlighted by the acquisitions of Bogdan Bogdanovic and Danilo Gallinari, had experts thinking Atlanta could host a first-round series in the playoffs. Point guard Trae Young was entering his third season in the league fresh off a sophomore campaign that earned him an All-Star appearance and solidified himself as one of the league’s premier shooters and scoring threats.

The pieces were all seemingly in place, but the winning wasn’t there. The Hawks started off an abysmal 14-20 before firing head coach Lloyd Pierce and making Nate McMillan the interim head coach. Something clicked, sparking an incredible run of 20 wins in their next 29 games. Young continued to excel on the court, but he suffered an ankle injury on April 21 that has limited him to cheering his team on from the sidelines. And even without their All-Star, Atlanta has managed to secure impressive wins against the Miami Heat and the Milwaukee Bucks.

In an exclusive interview with CBS Sports, Young discussed his injury and when he projects a return to the court, what changed for the Hawks that’s led to such a successful turnaround, whether the team has started to lay down the foundation for a championship contender, the latest details on his signature Adidas sneaker, how Kobe Bryant helped influence him and his latest project with BodyArmor, and more.

CBS Sports: How’s your recovery going and do you have an idea when you could be back on the court?

Trae Young: My recovery is going good, I’ve been feeling a lot better. The swelling has gone down a lot more so I should be back within the next couple of games.

CBS: Your team was playing really well and has continued to play well since you’ve been out. How excited are you to get back and keep that run going?

TY: It’s been like that all year! I mean, we’ve had guys out all year and we’ve been playing well recently with guys out, so it was no surprise that when I went out that guys would step up and win some games. I’m just excited to get back and keep winning.

CBS: The Hawks made a lot of big-time moves in the offseason. You guys had some hype but started off slow. What’s been the difference that’s allowed you all to turn it around and be so successful?

TY: I think the mentality of our team has changed. We understood that we just needed to win more games. After the All-Star Game, we’ve just really been a different team. Everyone’s been focused more on making sure we always find ways to win games.

CBS: Do you think the Hawks have the right pieces in place to make a championship run sooner rather than later?

TY: I don’t know. I haven’t been to the playoffs yet. This is my third year so I don’t know what a championship team looks like. I’ve had some teammates that have been a part of that, but I don’t necessarily know quite yet what it’s like. Hopefully it is a championship foundation type of team already, but I couldn’t really answer that right now.

CBS: What are your goals personally and for the team for the rest of the season?

TY: Right now we’re in a good spot of being in the playoffs and maybe even hosting it, so when I get back that’s just where I’m going to continue to focus on. And not just get there, we want to be able to be ready to get there and win some rounds and win some games. I think that’s the mental approach — not being OK with just getting to the playoffs, but being ready to win in the playoffs.

CBS: You’re the only player in the league to average over 25 points and nine assists in each of the last two seasons. What does that say about your game and the work you put behind the scenes?

TY: I think it shows that I belong in this league. For me it’s all been all about winning, and I just know that I’d get the recognition when the winning happened. I know everything else is there but it’s just the winning. I don’t really care about the individual numbers.

CBS: You’re going to be the first player from the 2018 draft class with a signature shoe. You’ve teased the Trae Young 1; when do you anticipate being able to lace them up on the court for the first time and how do you think you’ll feel in that moment?

TY: I’m excited to be able to show everybody what the shoe is going to look like. It’s basically finished now. We just finished it. I’m very excited to show everyone what it is. Hopefully, I can wear it … there’s a chance … you know what, I don’t even want to say it. It’s supposed to be a surprise. I can’t just tell you! I almost leaked it to you … what am I doing?

CBS: With your own Adidas signature, you’re joining James Harden, Damian Lillard, Derrick Rose and Donovan Mitchell as the only signature athletes on that roster — MVPs, All-Stars and now you’re part of that next generation. How would you describe that group of names including yourself?

TY: It’s a blessing to be a part of that group. D-Rose is a legend! He’s the one that really made it cool for the four of us to really like Adidas and their shoes. It’s really cool to be a part of this group. Seeing what James and Dame have done with Adidas and now me and Don being that younger group, that next generation with our signatures is really cool. To have my own, it’s just special.

CBS: Before signing with BodyArmor, how much were you influenced by the fact that Kobe Bryant was such a prominent figure with the company before his passing?

TY: It was a pretty big factor for sure. One of our last conversations was actually about BodyArmor. It definitely means a lot more. It’s special.

CBS: Your pinned tweet on Twitter is about Kobe. You talk about the lessons he’s passed down to you. What’s one lesson that he passed down that you carry with you?

TY: Just to continue to be a role model. To understand that I have people looking up to me so I always need to carry myself a certain way. His daughter [Gianna] was an example of that. That’s what he told me. So I just want to continue to be a great role model throughout my career. It’s more than just basketball.

CBS: Now you’re part of a really cool campaign with BodyArmor. You’re going to be featured in a spot with all these HUGE names (Naomi Osaka, Mookie Betts, Baker Mayfield, Carlos Vela, Sabrina Ionescu). Tell me a little about the role BodyArmor plays for you and how it feels that so many of the world’s best athletes vouch for it?

TY: It’s special to be a part of this team, this group. This commercial is going to be amazing. Being able to partner with BodyArmor and come out with something special like this and to be able to do it with a group like this is great. I’m lucky to be a part of it. 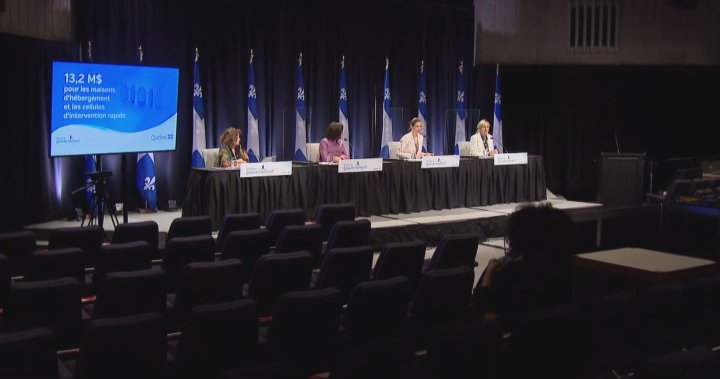 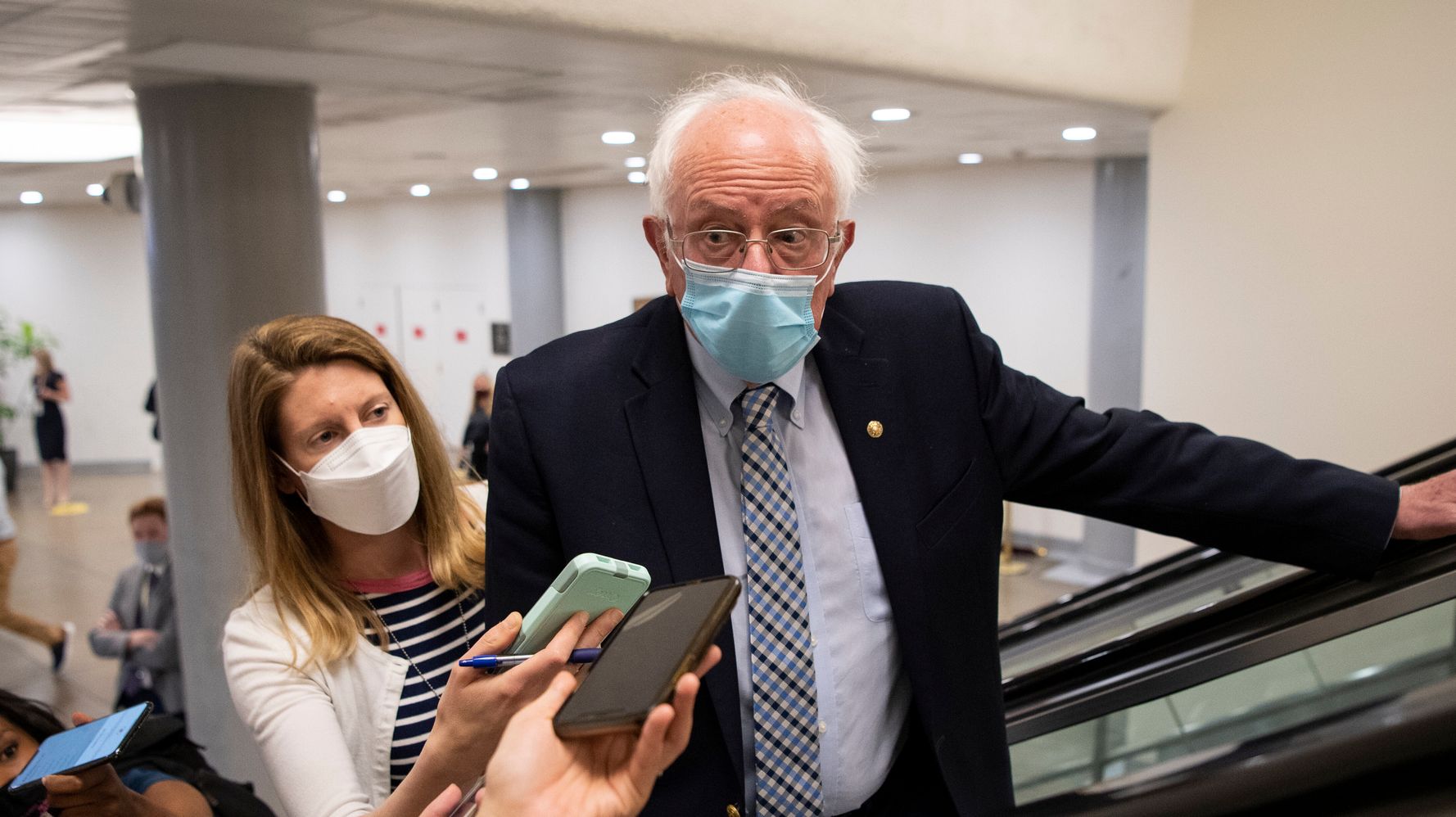 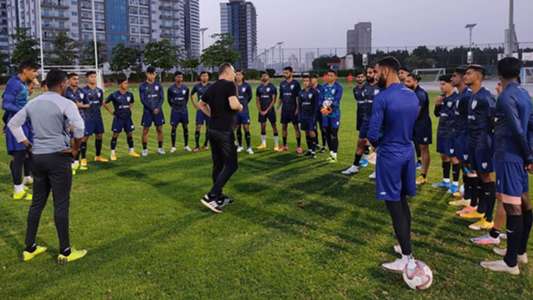 Indian team to leave for Qatar next week, no hard-quarantine to follow
14 mins ago