Tuesday brought the news that the Tennessee Titans had shut down facilities this week after several players and personnel tested positive for COVID-19, and Wednesday brings news of our first NFL postponement. The league announced that this weekend’s scheduled game between the Titans and Pittsburgh Steelers has been postponed. Sunday’s scheduled game between the Houston Texans and Minnesota Vikings, who played the Titans on Sunday, is still currently a go.

As for the postponed game, it might not be postponed for long. The NFL released an official statement saying that the game is likely to be played on Monday or Tuesday. So, could we be getting another Monday Night Football doubleheader? Or maybe the debut of Tuesday Night Football, pushing the NFL further toward its ultimate goal of having games seven days a week?

I’m going to talk to my bosses about that. While I’m gone, catch up on these stories:

Lakers vs. Heat, 9 p.m. | TV: ABC
The Pick: Lakers -4.5 (-110): If you’re a fan of storylines, this NBA Finals has plenty of them for you. We have LeBron James going against the Miami Heat, a team he won his first two NBA titles with. Then there’s Pat Riley, who helped bring LeBron and those titles to Miami (as well as a third before LeBron), going against the Lakers — the same Lakers he was once at the helm of during the Showtime days when Magic Johnson and company won four NBA titles (as well as three other Finals appearances).

The Lakers enter this as heavy favorites, and rightfully so. Nobody expected the Heat to get this far when the NBA resumed in Orlando, while everybody’s been expecting the Lakers to be here all season. But how will things look in Game 1? Historically, betting against LeBron isn’t a bad idea. James’ teams are only 19-28-2 ATS in the NBA Finals. While that’s worrisome, I still like the Lakers a lot here. While Bam Adebayo is a great player, I don’t think the Heat have enough size to contend with the Lakers. Plus, Anthony Davis can pull Adebayo away from the rim on the defensive end. For the opener, I’ll be on the Lakers, and you should be too.

Key Trend: The Game 1 favorite has covered 13 of the last 15 times in the NBA Finals.

Looking to last another week in your Survivor Pool?: The first three NFL weeks have crushed the hopes and dreams of many in their survivor pools, but SportsLine’s Mike Tierney is still standing and has a pick you should consider for Week 4.

Yankees at Indians, 7:08 p.m | TV: ESPN
The Pick: Under 8 (+100) — Last night we took the over, and my editor called me crazy for it. Well, that thing cashed before the end of the fifth inning. So why are we on the under tonight? Well, last night’s total was too low. Not even I was expecting the overall explosion of runs we saw in Game 1. Things will bounce back the other way tonight, and this total strikes me as being a little too high. It’s a limited sample size, but Cleveland starter Carlos Carrasco has solid numbers against current Yankees, and Masahiro Tanaka hasn’t been half-bad against the Indians himself. This game will look more like the kind of playoff baseball we’ve all come to expect instead of the Home Run Derby that was Game 1.

Key Trend: The under is 5-2 in the last seven Yankees playoff games.

Cardinals at Padres, 5:08 p.m | TV: ESPN2
The Pick: Cardinals (+148) — We’re just getting a reasonable price on the dog here. You probably don’t know a lot about Cardinals starter Kwang-Hyun Kim, but neither do the Padres. Kim made seven starts for the Cardinals this season and has a 1.62 ERA despite low strikeout numbers. This is because he gets a lot of groundballs, which will help neutralize a lot of San Diego’s power. Plus, nobody on the Padres has seen Kim before. San Diego’s offense has a wOBA of .347 against righties, which ranks fifth in MLB. Against lefties like Kim, it drops to .327. I’ll take my chances on the Cardinals here, as San Diego’s Chris Paddack gets plenty of strikeouts, but also allows a lot of flyballs and hard contact.

Key Trend: St. Louis is 9-2 in its last 11 games against a right-handed starter.

Brewers at Dodgers, 10:08 p.m | TV: ESPN
The Pick: Under 8 (-120) — It’s not often we see bullpen games in the opening game of a playoff series, but that’s the approach Milwaukee is taking with Brent Suter. Suter started four games for the Brewers this season, but never pitched more than four innings in any of them. Milwaukee will throw its entire bullpen at one of the best offenses in baseball tonight, and that will help limit the scoring. Then there’s Walker Buehler, who will limit the damage a Brewers offense that has a wOBA of .298 against righties (tied for 26th in MLB) can do. All that and Dodger Stadium at night, when the ball doesn’t travel as well, means we’re on the under.

🔒 SportsLine Pick of the Day: The SportsLine Projection Model is heavily favoring one side of the Cardinals vs. Padres Wild-Card Round game. SportsLine subscribers can get picks for that game, and for every other MLB game today, here.

Anthony Davis ($14.5K FD/$12K DK) — Listen, LeBron James might be the NBA’s name and face, but Anthony Davis is the best player on this Lakers team. It’s not a coincidence that the Lakers went from missing the playoffs last year to reaching the Finals after adding A.D., and you want him in your lineups.

Alex Caruso ($7K FD/$3K DK) — You’re going to need a cheap option to stuff into your lineup if you want to fit AD and other studs, and you want the guy who looks like every annoying dude you’ve ever gone against at the YMCA. Caruso should meet his price with ease, and might even get you some extra value.

SportsLine’s team of DFS insiders has you covered for daily fantasy sports. Mike McClure has won almost $2 million playing DFS and is one of the top MLB DFS experts anywhere. Check out his MLB picks here, and be sure to see what he’s picking for NBA DFS here too. Use SportsLine’s all-new DFS Optimizer to get optimal NFL DFS picks from 10,000 simulations.

Chief Mike Sack: The face and voice of Mi’kmaq lobster fishing that is met with ire and violence
4 seconds ago

Chief Mike Sack: The face and voice of Mi’kmaq lobster fishing that is met with ire and violence 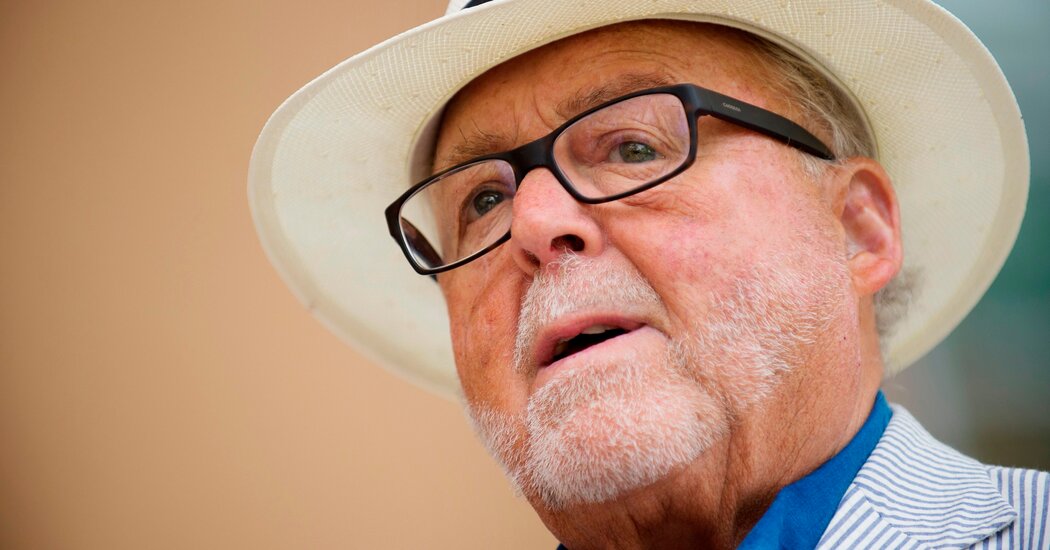 Peter Secchia, Confidant of Ford and Bush, Dies at 83
1 min ago

Peter Secchia, Confidant of Ford and Bush, Dies at 83 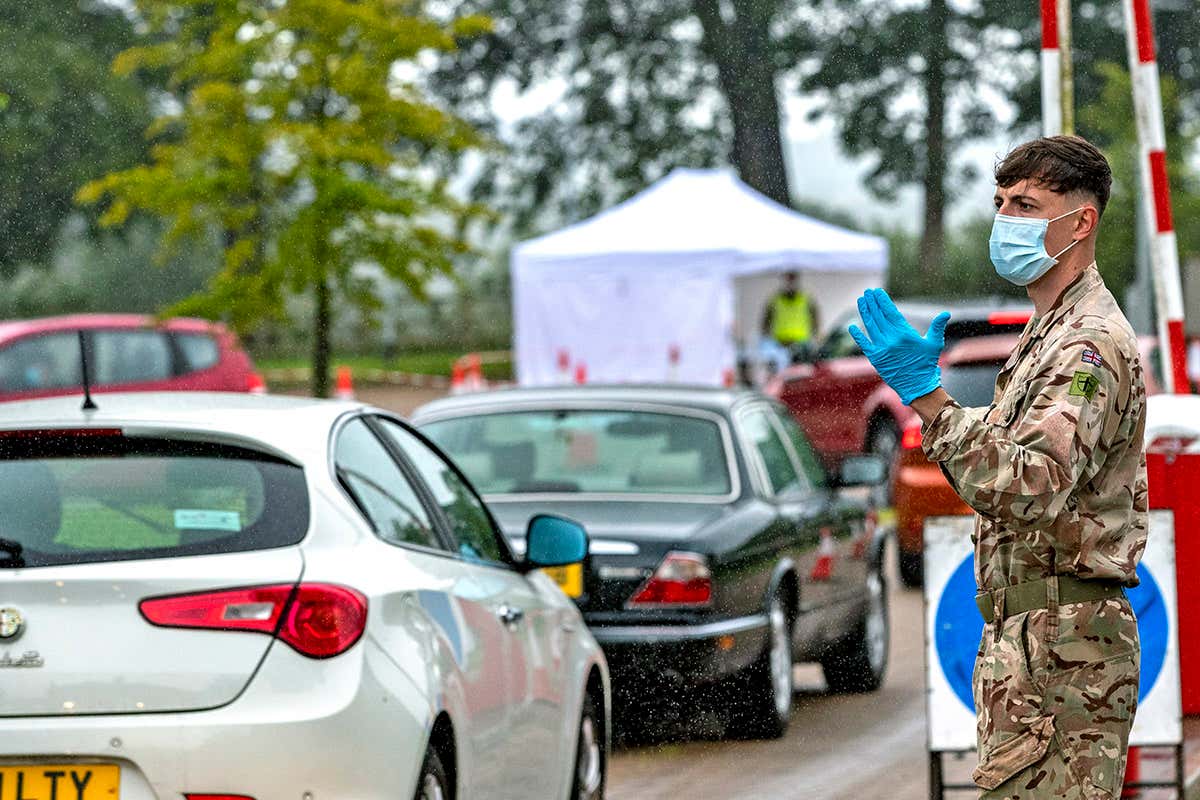 15 Teacher-Owned Businesses We Love
4 mins ago