Jonathan Feigen @Jonathan_Feigen
Green and Martin buckets so perhaps the Rockets are not counting on Alperen Sengun scoring 120. – 8:54 PM

Kelly Iko @KellyIko
This might get lost in the two games the Warriors and Rockets have had already, but Jabari Smith Jr. has done a solid job whenever switched onto Steph. – 8:51 PM

Monte Poole @MontePooleNBCS
Warriors race out to 15-2 lead over Rockets on 6-of-6 shooting in first 3 minutes.
All starters have scored except that Curry dude – 8:46 PM

Kelly Iko @KellyIko
Blistering 15-2 start for the Warriors. Both of these teams played last night. One doesn’t look like it. – 8:45 PM

Dalton Johnson @DaltonJ_Johnson
pretty perfect start for the Warriors so far
Warriors up 15-2, timeout Rockets
Warriors are a perfect 6-for-6 from the field and 3-for-3 from deep – 8:45 PM

Madeline Kenney @madkenney
The Warriors make their first six shots tonight, including three from deep. They’re up 15-2 with just under nine minutes left in the first. – 8:44 PM

Dalton Johnson @DaltonJ_Johnson
Draymond Green drains his first 3-point attempt of the night
Hey, you should read this 😉 nbcsports.com/bayarea/warrio… – 8:42 PM

CJ Holmes @CjHolmes22
Draymond Green’s first make of the night is a 3-pointer from the right corner. He’s feeling himself. – 8:42 PM 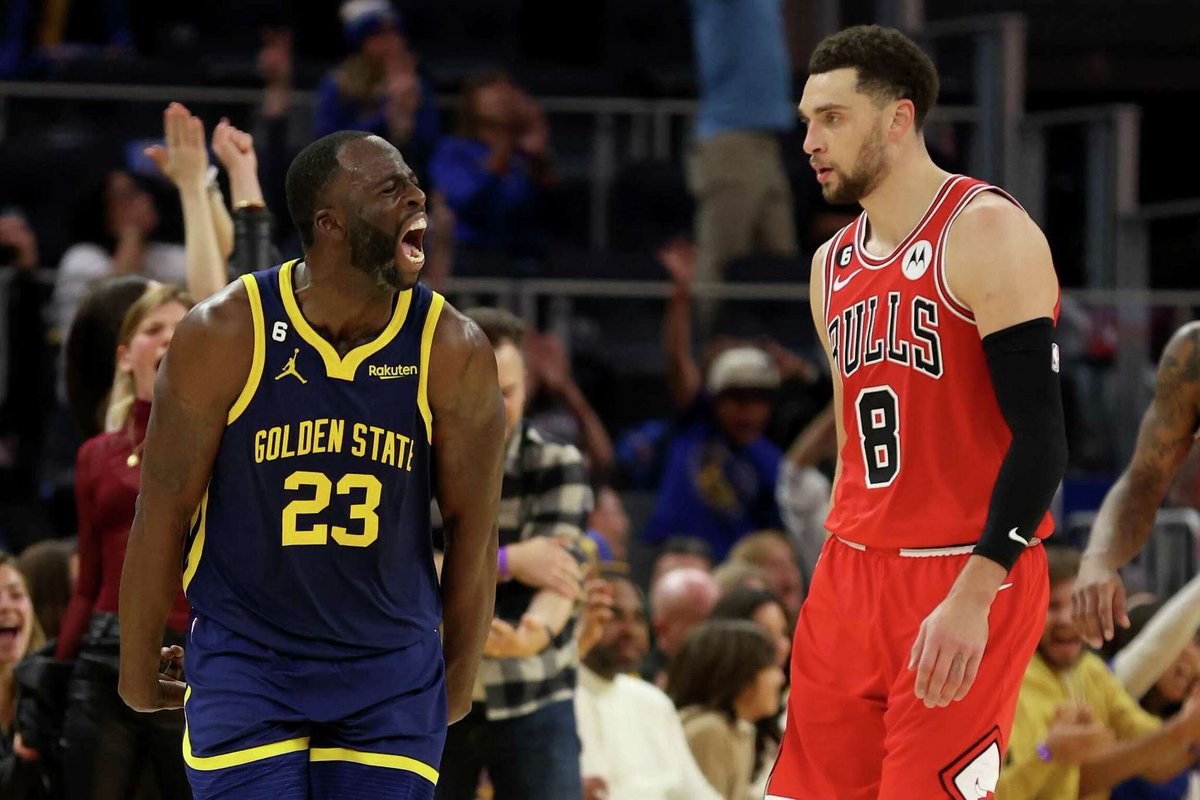 Madeline Kenney @madkenney
The Warriors expect Klay Thompson to play both nights of back-to-backs later this season, according to Steve Kerr. mercurynews.com/2022/12/03/wil… – 8:29 PM 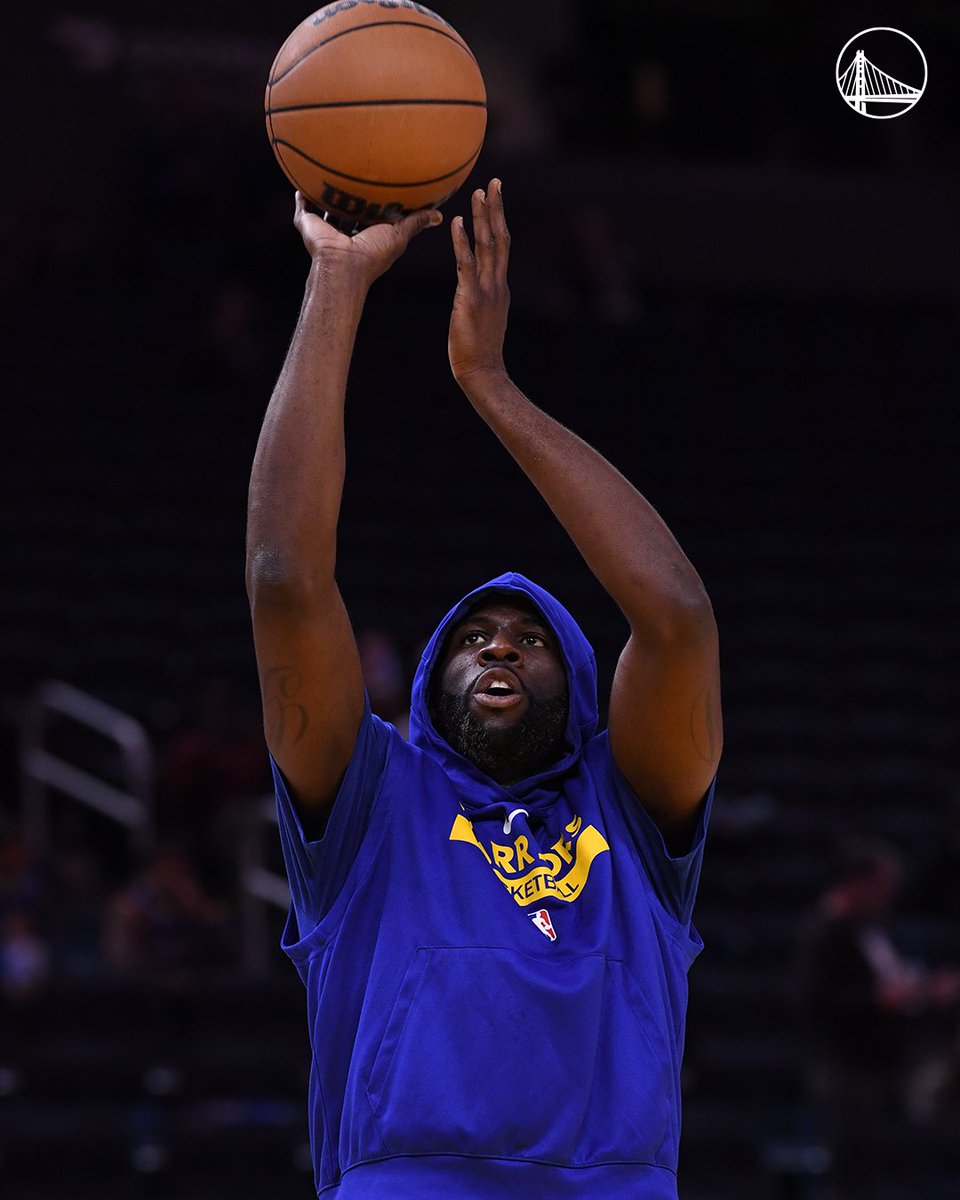 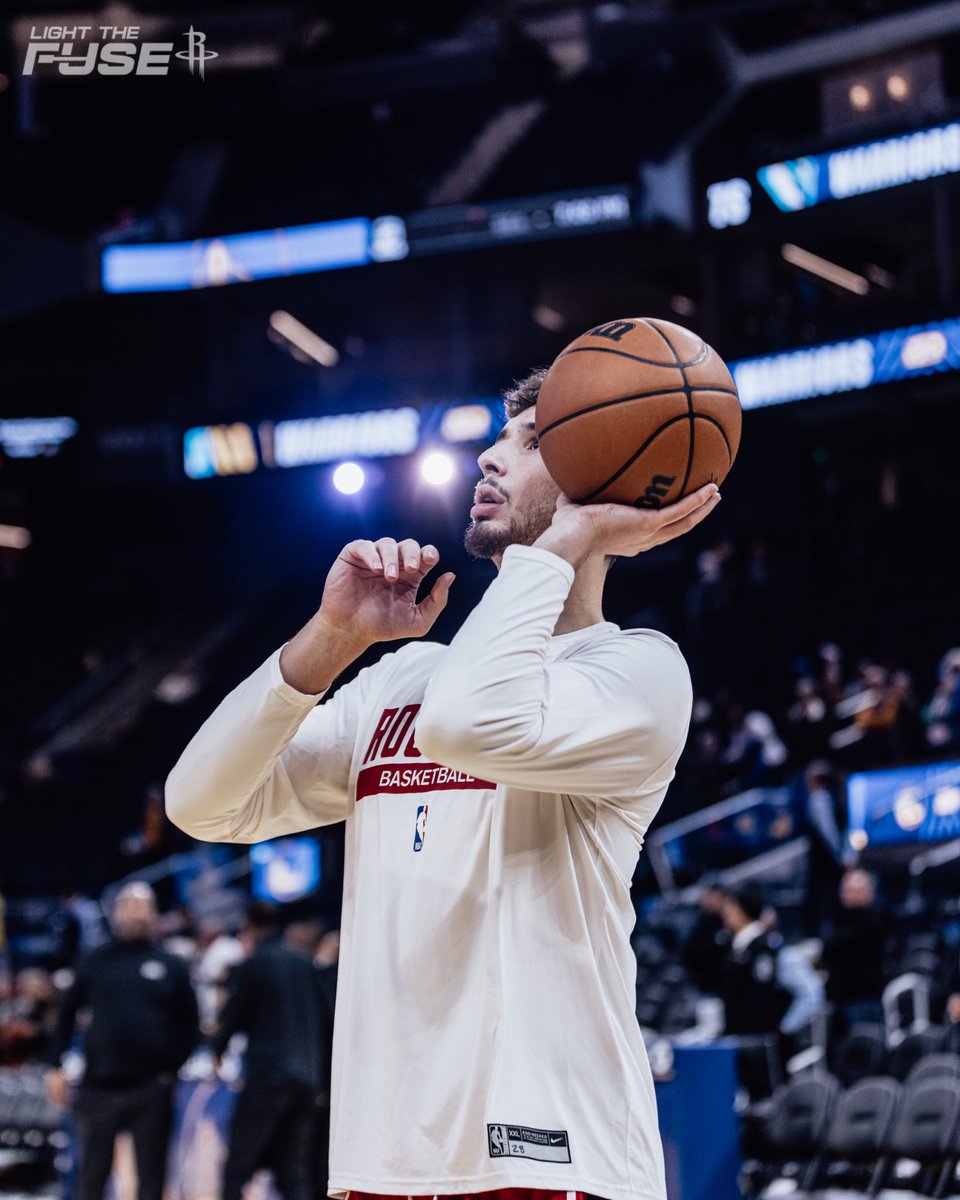 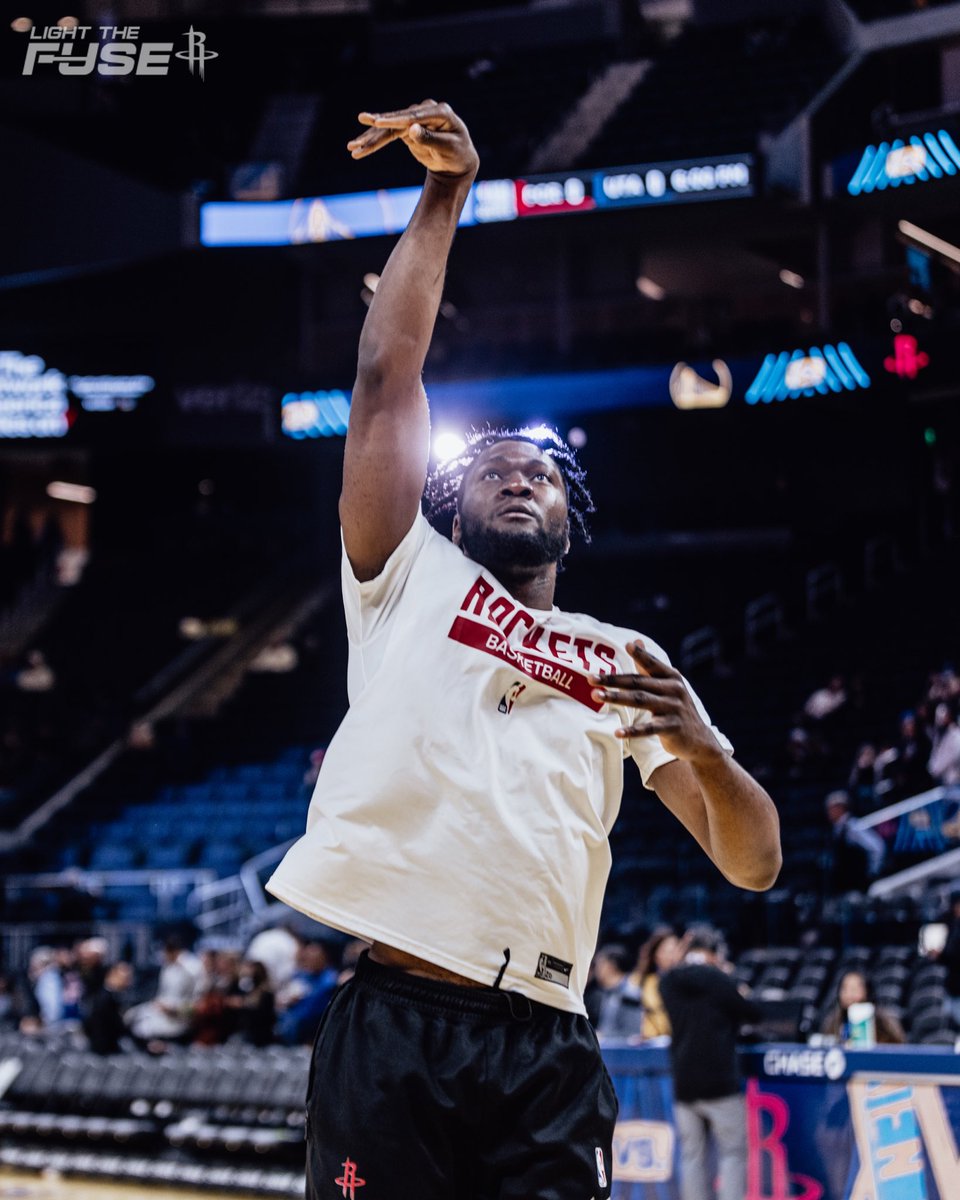 Golden State Warriors @warriors
Add it to the résumé. 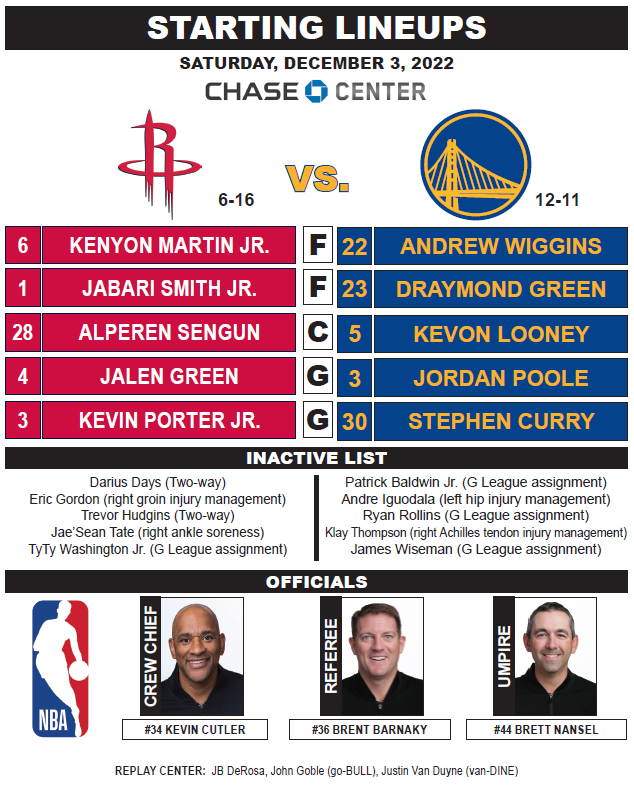 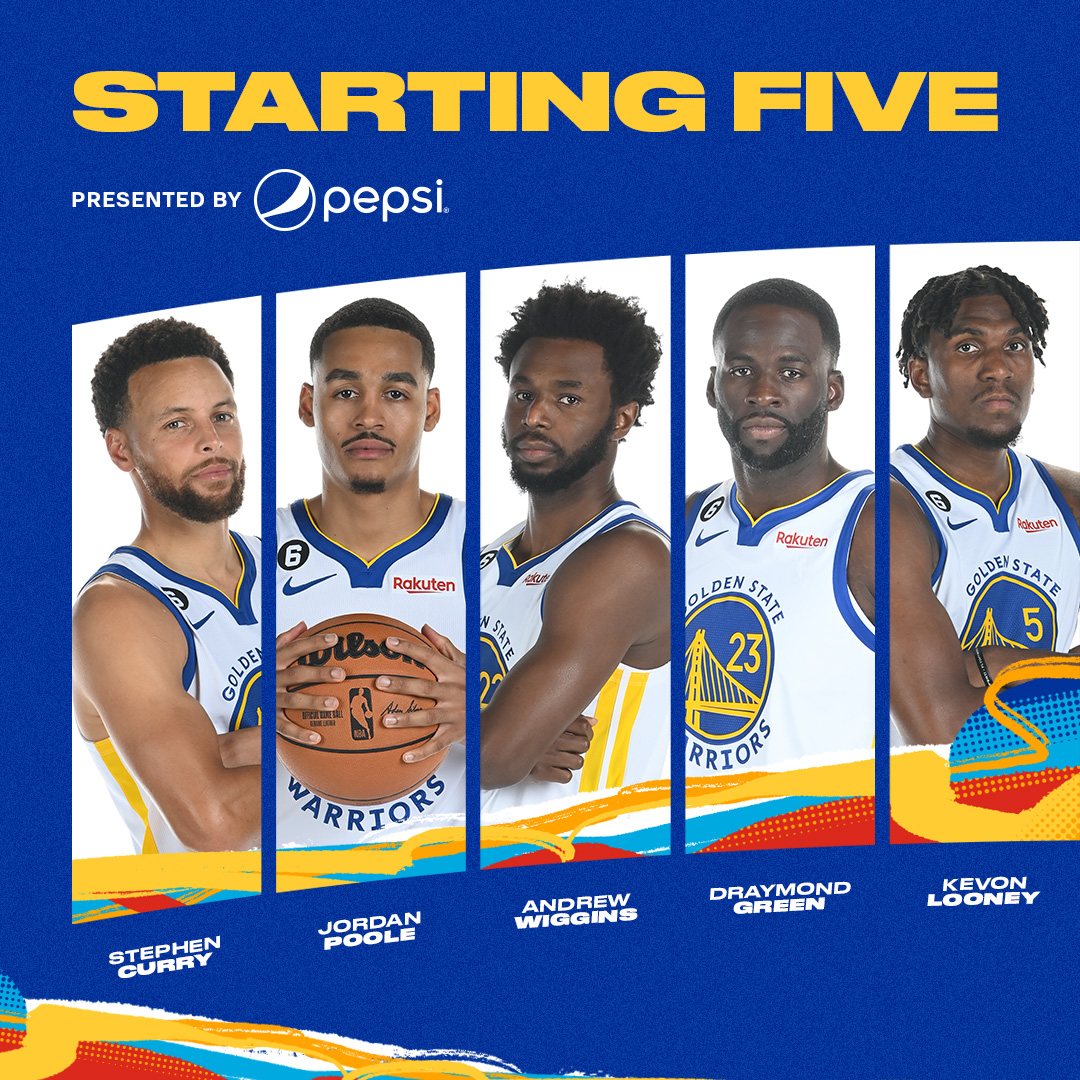 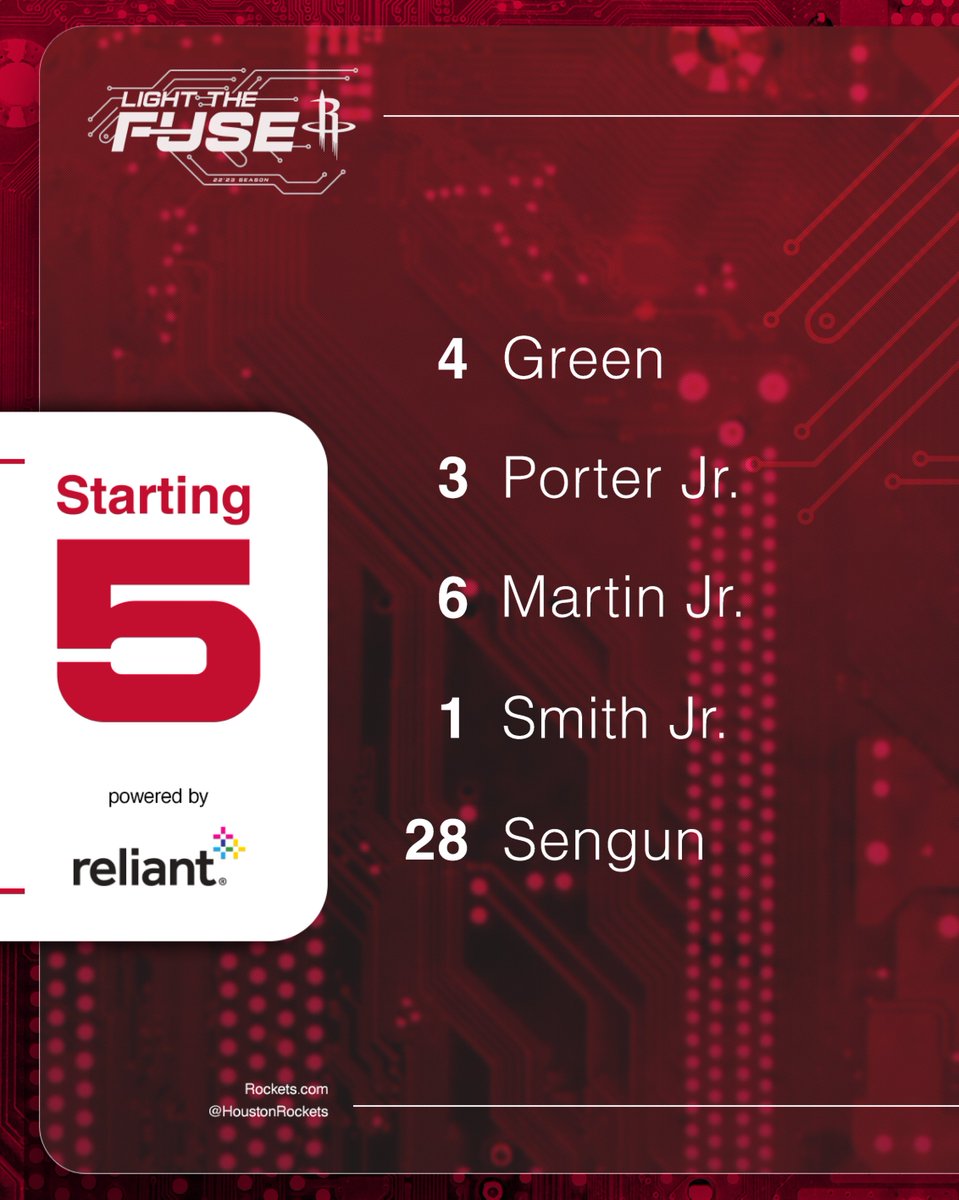 Houston Rockets @HoustonRockets
DJ Bobi coming to an arena near you! 🎧 pic.twitter.com/2iBqWydlgT – 7:53 PM 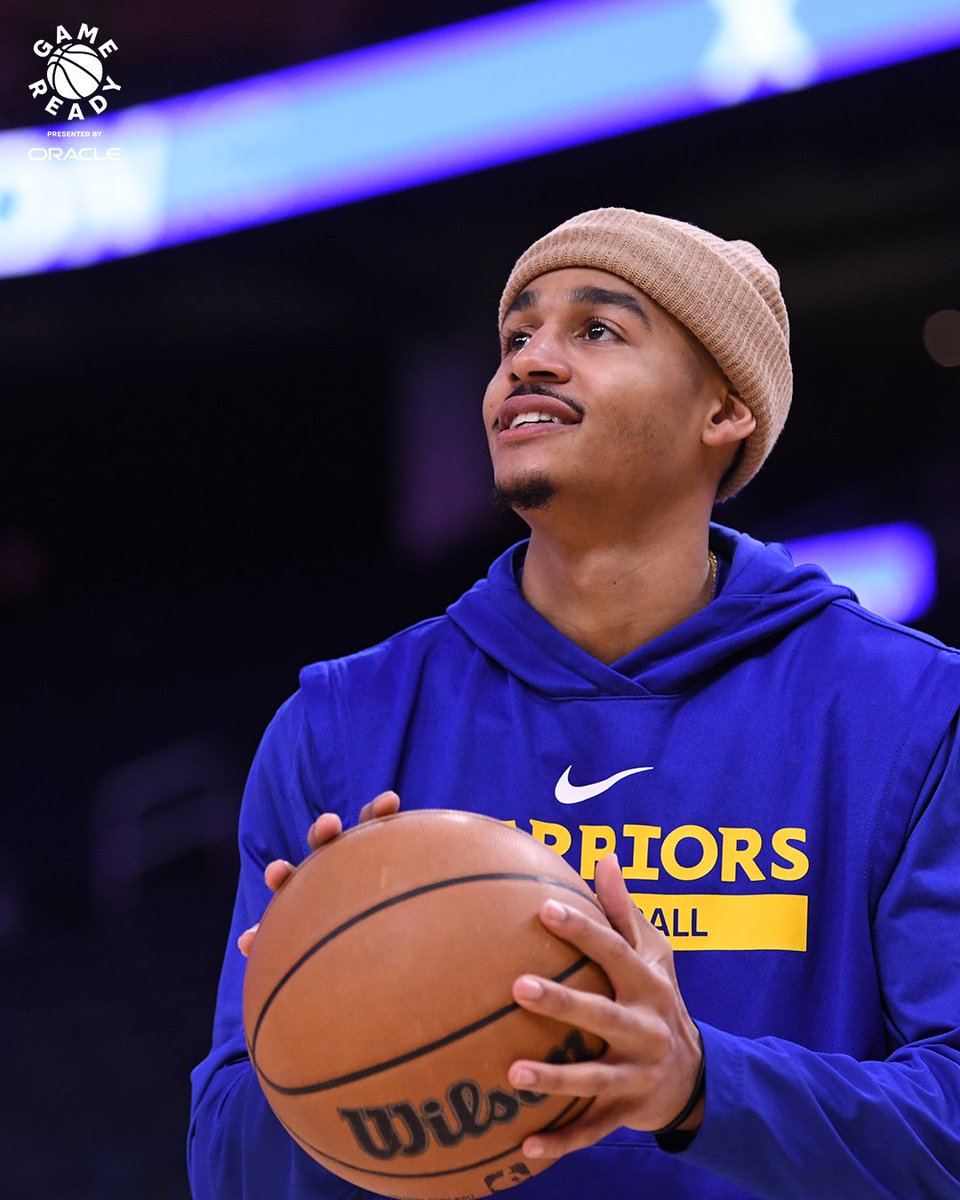 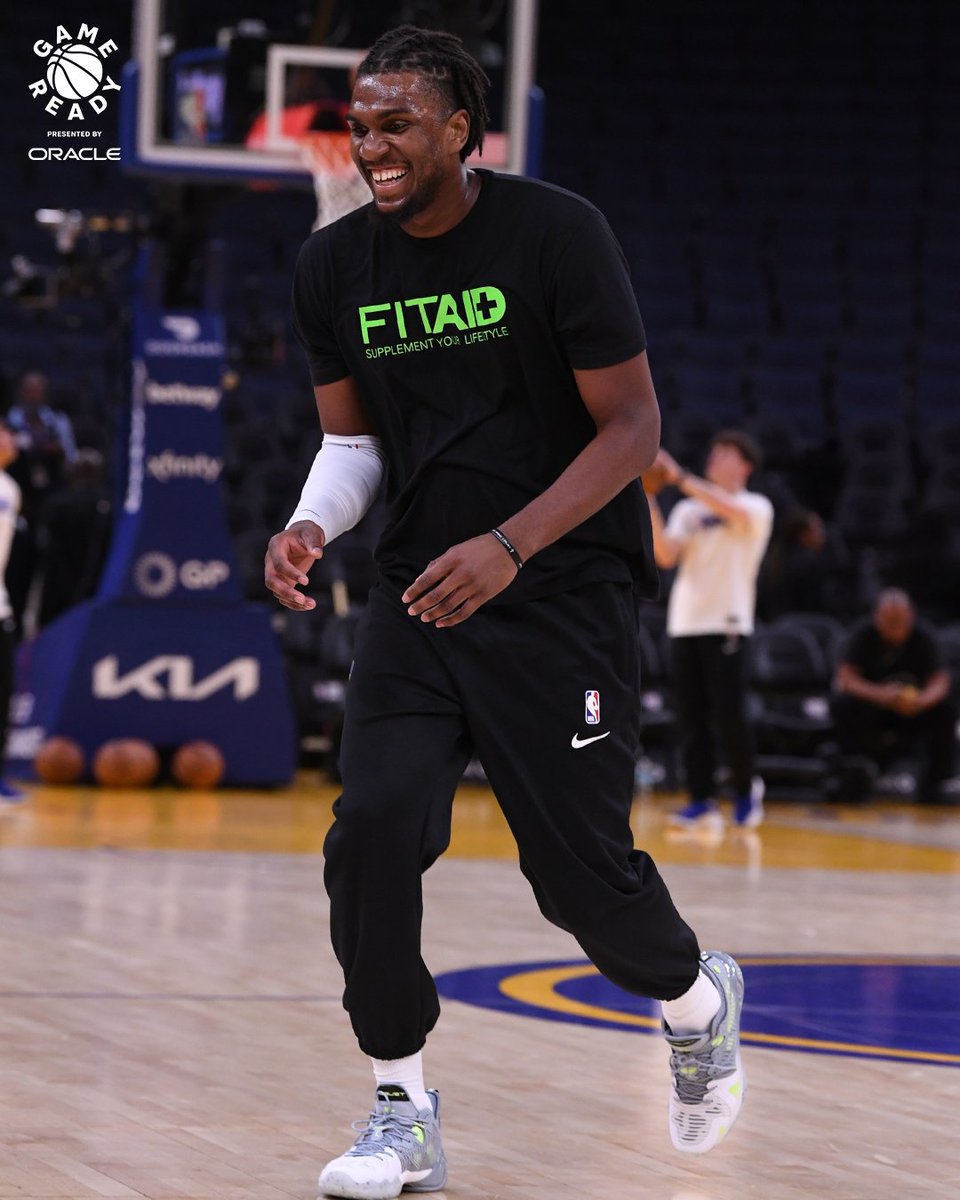 Madeline Kenney @madkenney
Steve Kerr says he thinks Klay Thompson could be cleared at some point this season to play in both ends of back-to-backs. He’s going through a simulation run today to see how his body responds. – 6:54 PM 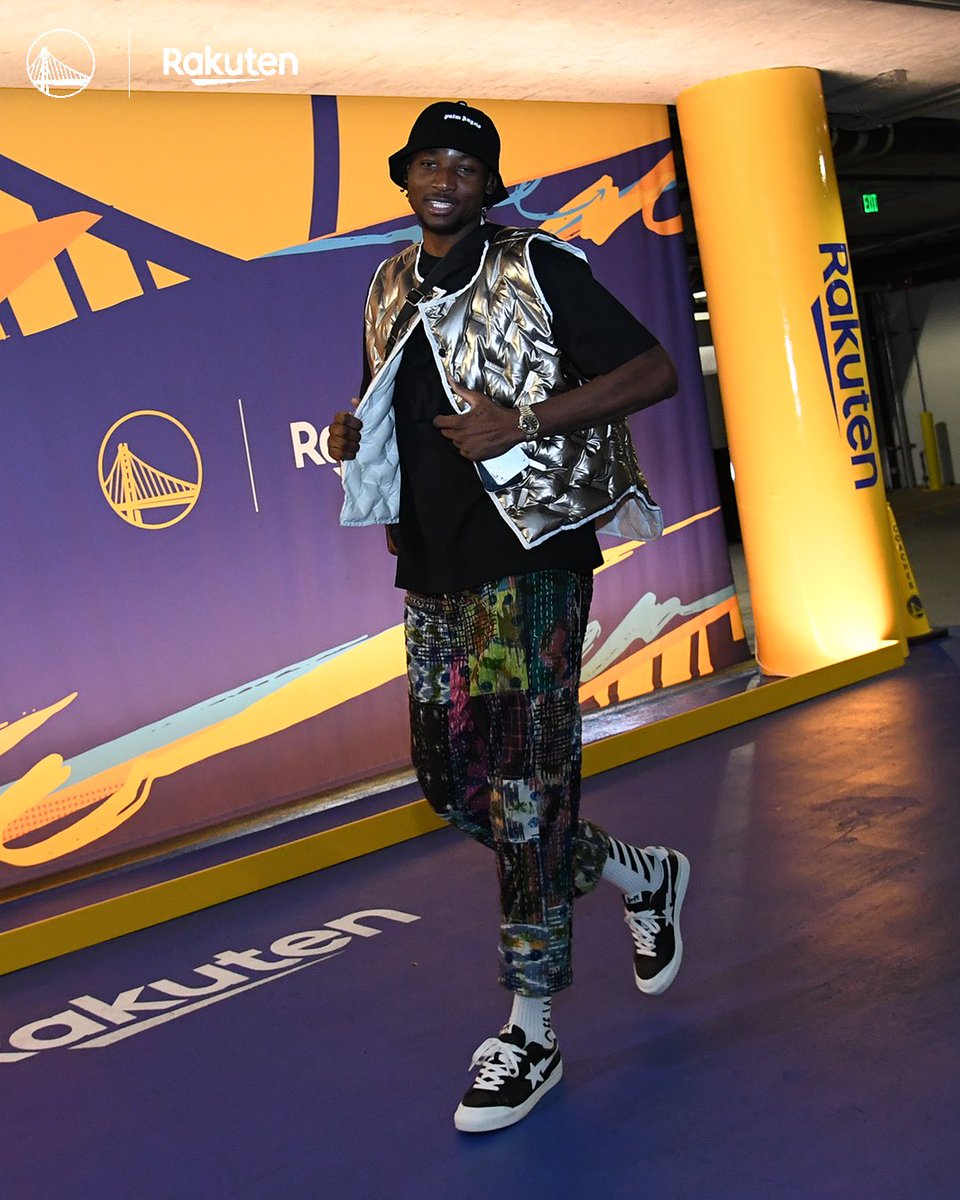 Monte Poole @MontePooleNBCS
Klay Thompson is out today (back to back) but Warriors coach Steve Kerr says there probably ‘will come a time when he plays back-to-backs’ later this season. The hope is that he’ll be cleared in the coming months – 6:49 PM

Dalton Johnson @DaltonJ_Johnson
Steve Kerr on the plan with Klay Thompson: “The hope is that he will play back-to-backs later this year.”
Klay walked by us in full gear on the way to the court and is going through a tough workout right now with Rick Celebrini – 6:48 PM

CJ Holmes @CjHolmes22
Steve Kerr says the “hope” is that Klay Thompson will eventually play in back-to-backs this year. Right now the Warriors are just being cautious with him. – 6:48 PM

Kendra Andrews @kendra__andrews
As expected, Jordan Poole will start in place of Klay Thompson tonight. Kerr says Thompson resting on one end of back-to-backs isn’t a new reality for him. The plan is for him to play in both some point this season. – 6:48 PM 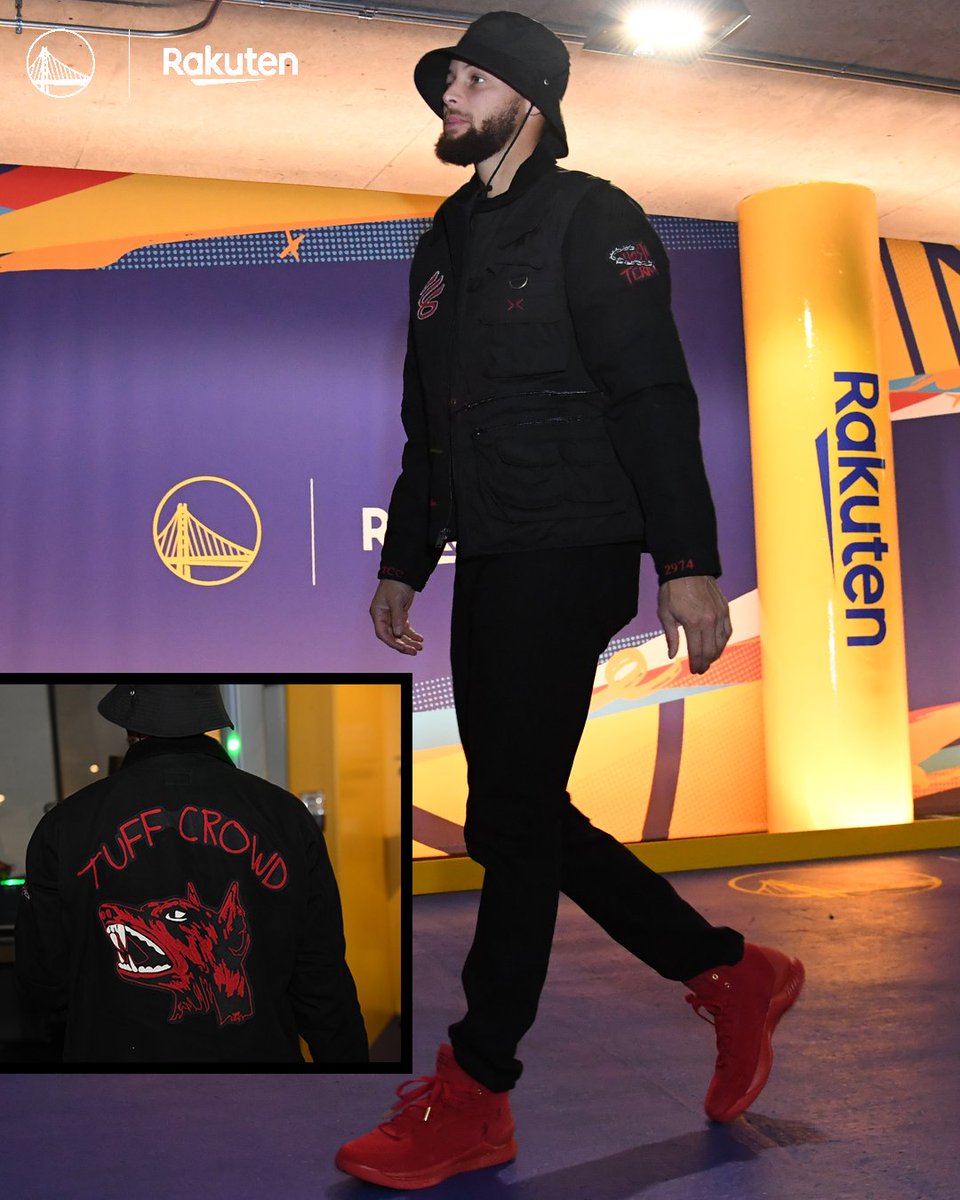 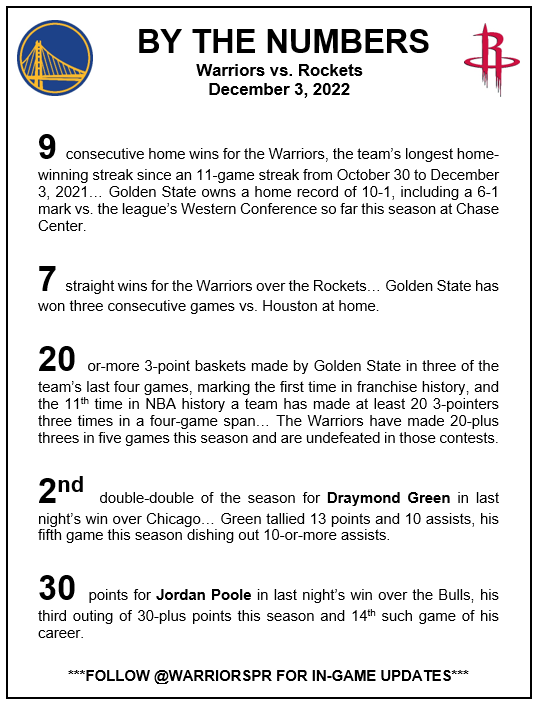 Gery Woelfel @GeryWoelfel
Hepburn is channeling his inner Steph Curry. Just putting the Badgers on his back with his lights out shooting. – 5:14 PM

Dalton Johnson @DaltonJ_Johnson
Same plan as usual. Klay Thompson is out tonight on the second of a back-to-back
He and Andre Iguodala are the lone Warriors on the injury report – 4:37 PM

Kendra Andrews @kendra__andrews
Klay Thompson is OUT tonight against the Rockets on the second night of the back-to-back. He has yet to play in both games of a back-to-back, and earlier in the season Kerr said he may not all season.
All other starters are active. This is the team’s first home back-to-back. – 4:37 PM

Madeline Kenney @madkenney
As expected, Klay Thompson is out tonight against the Rockets. Rest of the starters are available. – 4:35 PM

Anthony Slater @anthonyVslater
Klay Thompson is resting tonight against the Rockets. Still yet to play both sides of a back-to-back since return. No one else on the Warriors is sitting. – 4:34 PM 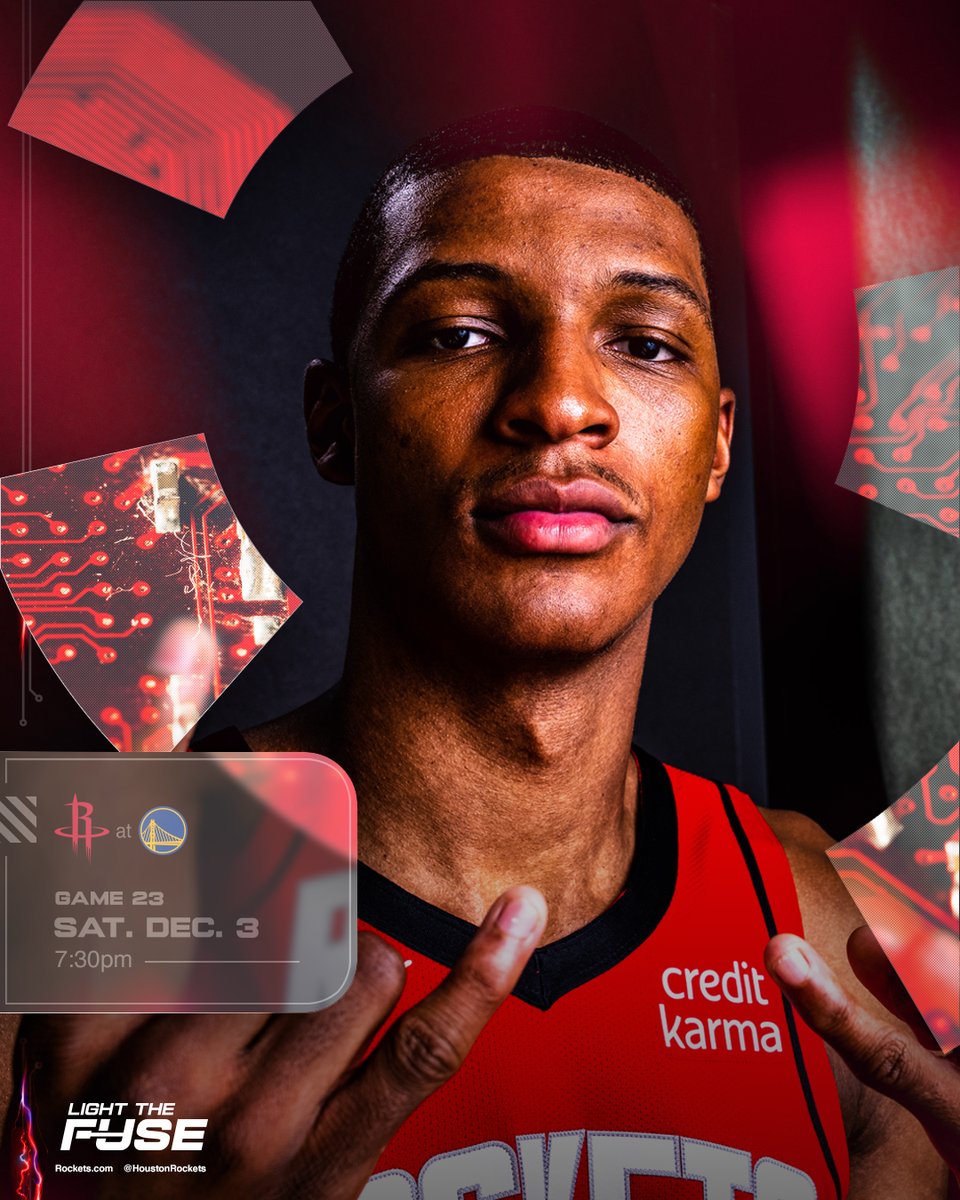 Law Murray @LawMurrayTheNU
Mike Brown has been head coach or assistant on teams with teams that had Tim Duncan, LeBron James, Kobe Bryant, Kyrie Irving, Kevin Durant, and Stephen Curry.
Asked Brown what stands out about this Sacramento Kings offense that is top-five through one month. pic.twitter.com/3ItQBJr4yJ – 3:36 PM

Justin Kubatko @jkubatko
📅 On this day in 2019, the @Houston Rockets James Harden scored 50 points in a loss to the Spurs, setting an NBA record by making 24 free throws without a miss.
He also recorded the lowest FG% in NBA history by a player in a 50-point game (29.7%).
More: open.substack.com/pub/statitudes… – 3:08 PM

Dalton Johnson @DaltonJ_Johnson
The Warriors are now 119-24 in the regular season when Draymond Green makes multiple 3-pointers 👀
He’s shooting 35.7% from deep this season, the second-best of his career nbcsports.com/bayarea/warrio… – 3:07 PM

Jonathan Feigen @Jonathan_Feigen
Just one missed call among the 33 calls or no calls in the last two minutes of Rockets-Suns last night. Ayton should have been called for a loose ball foul on Bruno Fernando when grabbing a rebound in closing seconds as the Suns were shooting for the win. official.nba.com/last-two-minut… – 2:54 PM Suns vs. Hawks: Start time, where to watch, what’s the latest