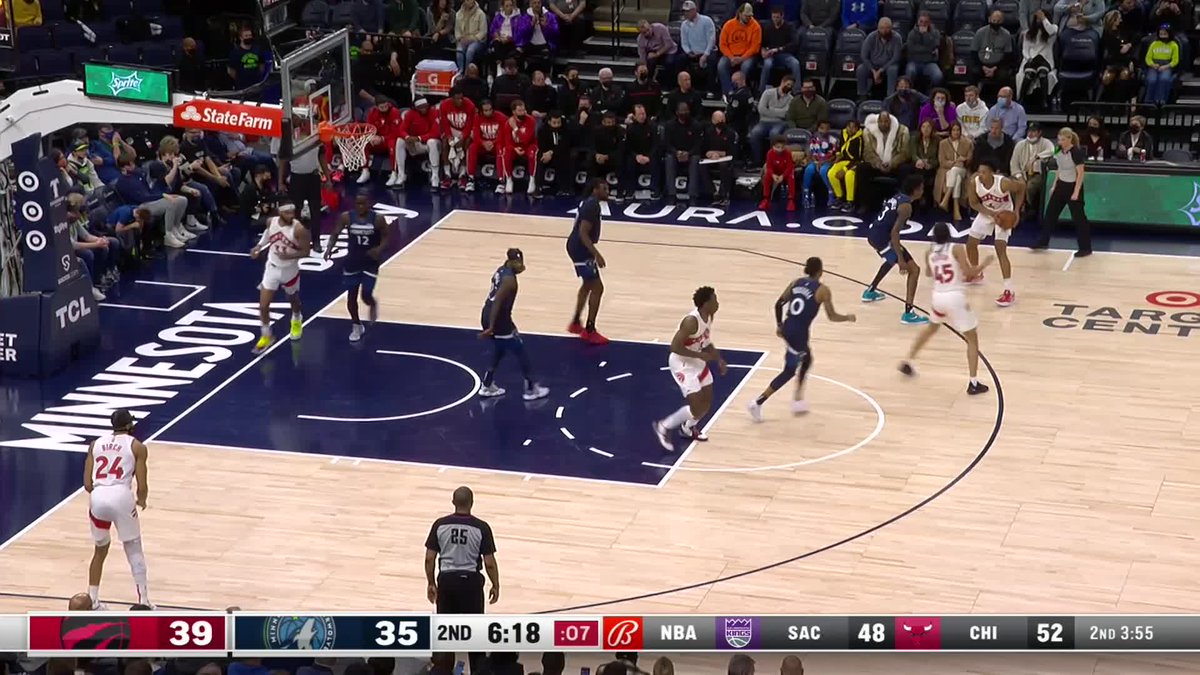 Doug Smith @SmithRaps
Timberwolves seem, I believe, are about to win a challenge – 8:53 PM 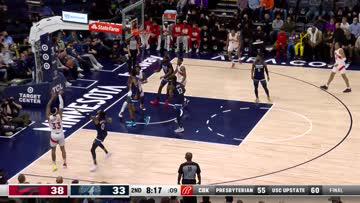 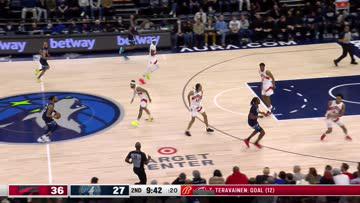 Doug Smith @SmithRaps
Raptors by 3 as their offence goes on hiatus for a bit – 8:48 PM 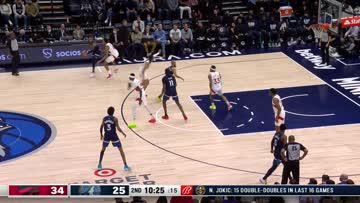 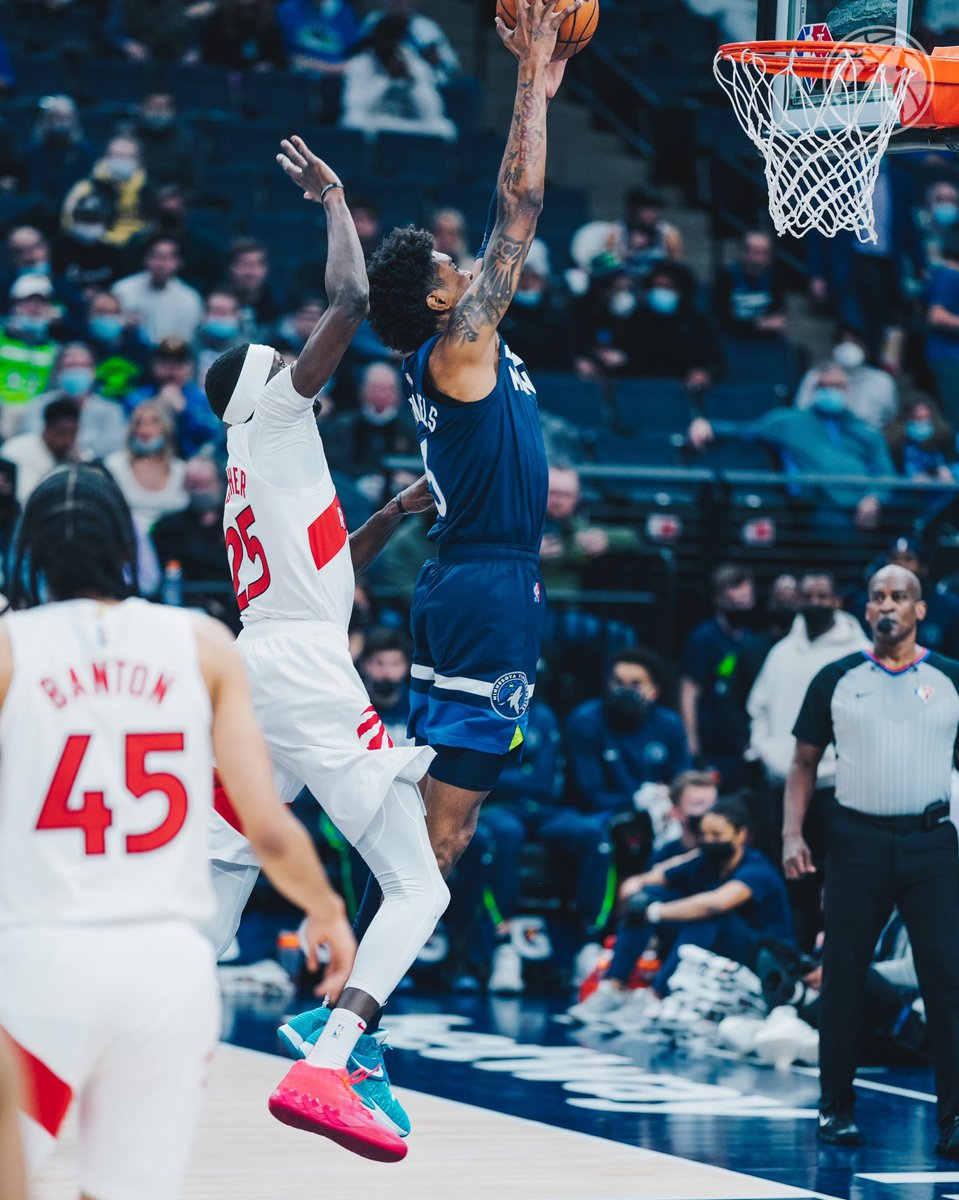 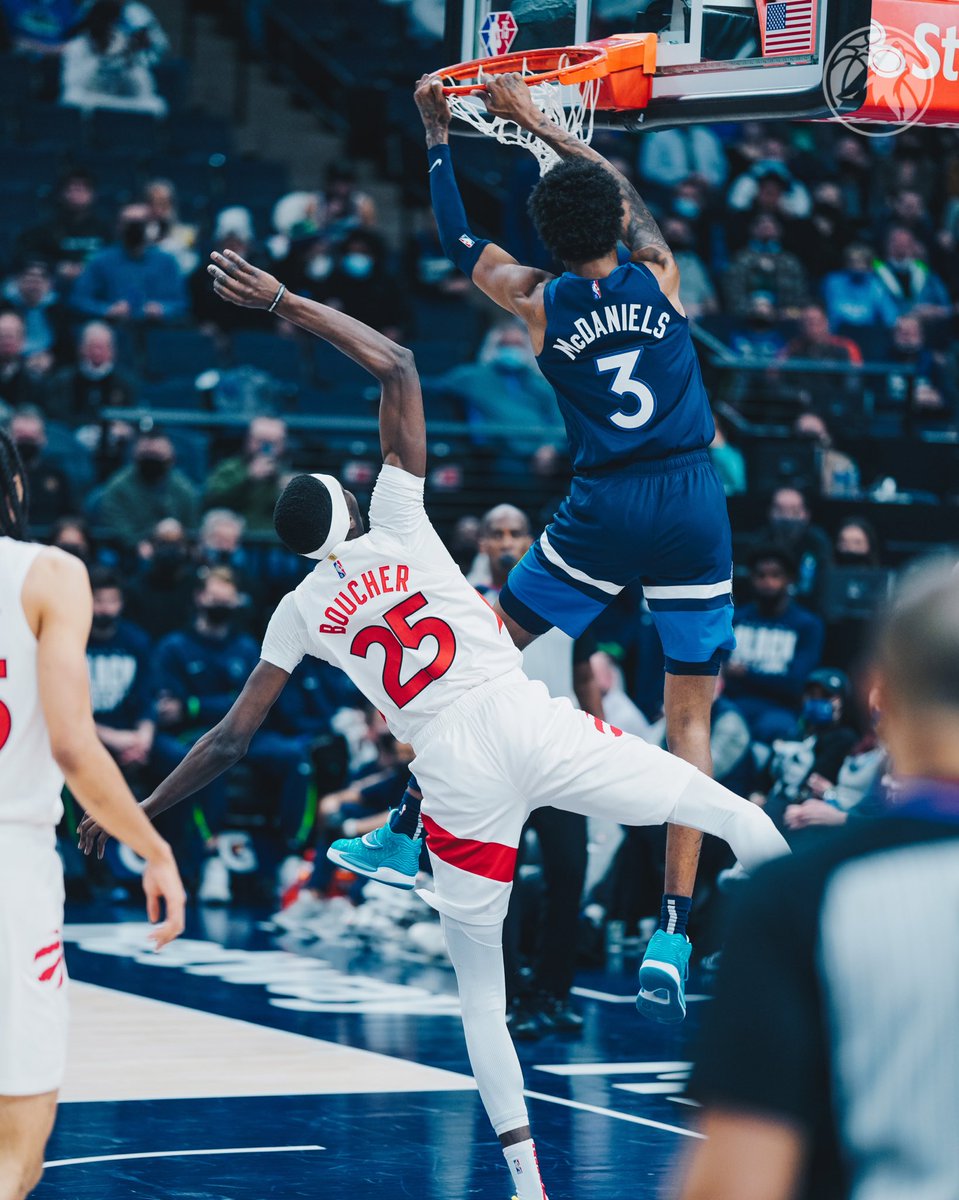 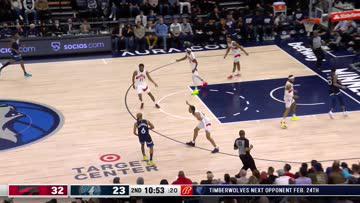 Doug Smith @SmithRaps
Timberwolves in a zone and that’s not generally something the Raptors thrive against
Even with VanVleet – 8:46 PM

Josh Lewenberg @JLew1050
Nice to see Banton getting some early run with FVV out. He’s been sneaky good recently. Happened to be the odd man out in NOLA with Young entering the rotation, but they missed his energy. Need to find a way to get him out there, even if it’s just for a few mins here and there. – 8:42 PM 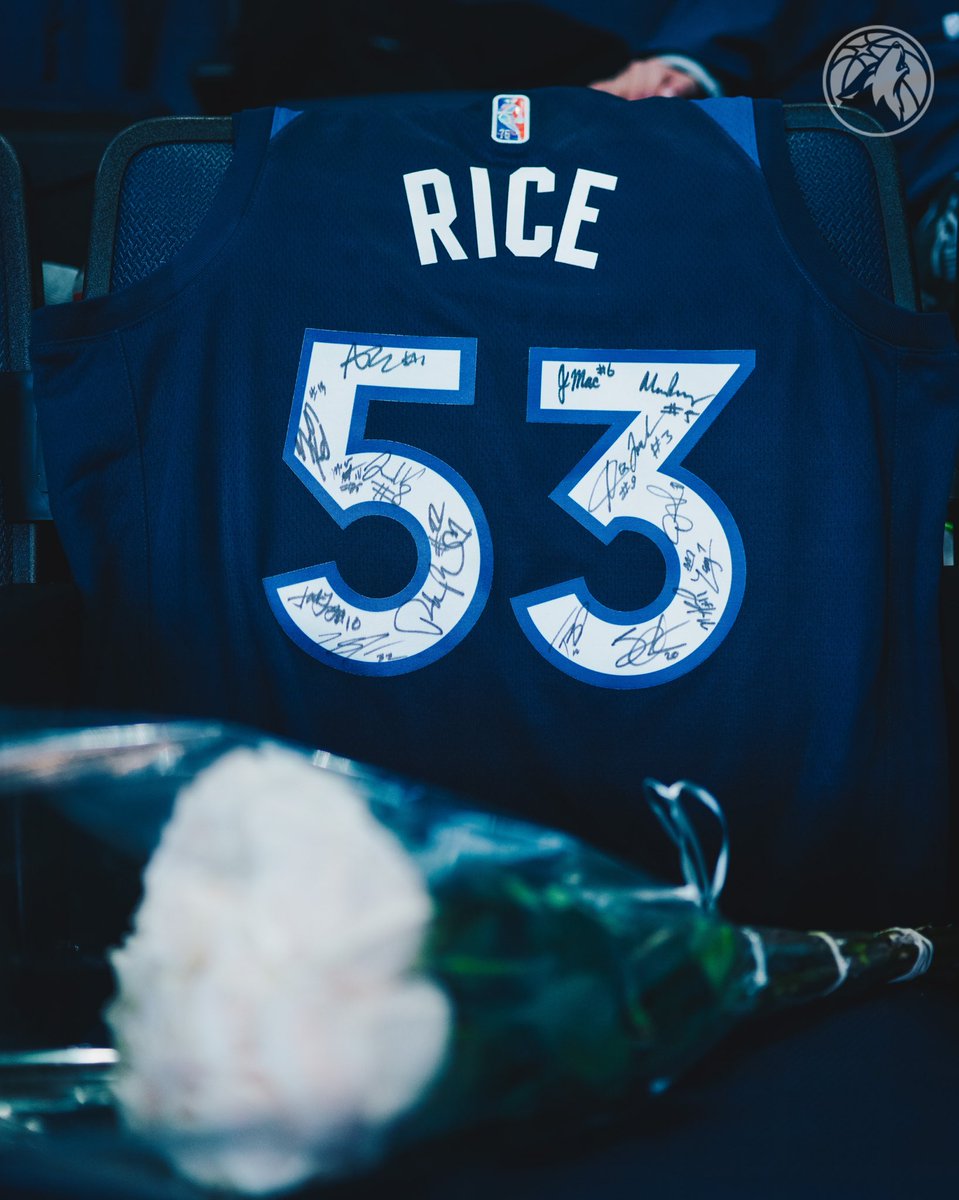 Josh Lewenberg @JLew1050
Some good stuff from Achiuwa early – the pass to Barnes a few minutes ago, and that last cut to get into the heart of Minnesota’s zone. – 8:35 PM

Josh Lewenberg @JLew1050
Trent and Barnes, who went 4-for-25 in New Orleans a couple days ago, hit 8 of their first 9 shots tonight. Question is: does Patrick Beverley get credited with an assist for each of ’em? – 8:31 PM 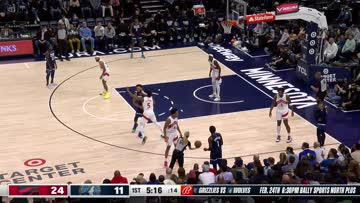 Eric Koreen @ekoreen
Judging on Gary Trent’s play, I’d like to request whatever Patrick Beverley said to him pre-game to be my morning alarm. – 8:25 PM 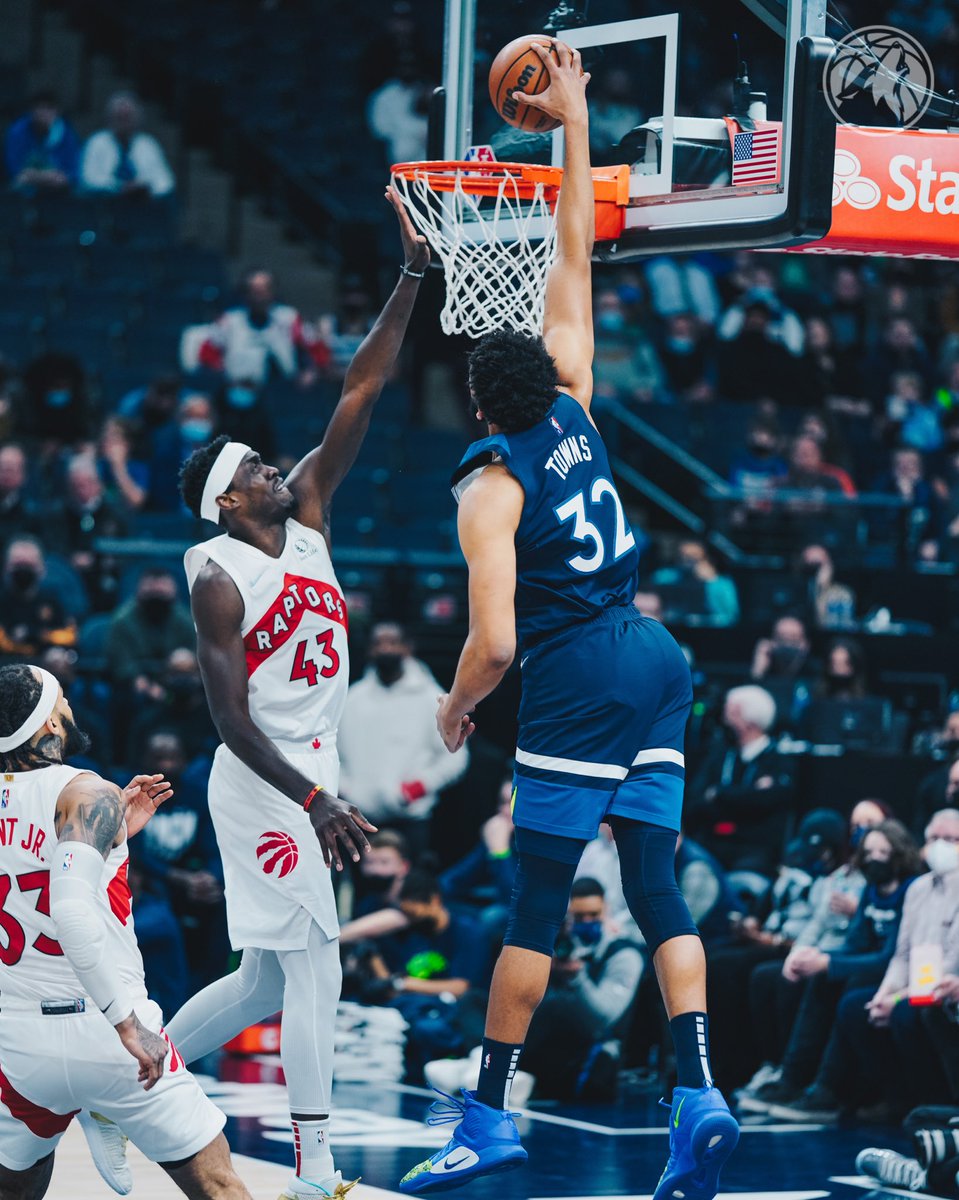 Minnesota Timberwolves @Timberwolves
KAT’S PICKING UP WHERE HE LEFT OFF pic.twitter.com/xhNIGqb7tY – 8:19 PM 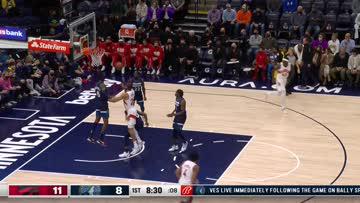 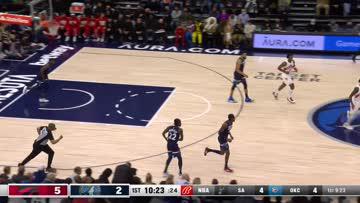 Josh Lewenberg @JLew1050
If Monday’s 30-point loss in New Orleans wasn’t enough to get the Raptors’ attention going into this one, Patrick Beverley certainly did. – 8:17 PM

Mike McGraw @McGrawDHSports
Kings are 2-1 with Sabonis in the lineup, had a dud against Brooklyn on Monday. Wins were against Min & Was. So far it looks like they’re tuned in for a bounce-back performance, have scored on first 5 possessions. #Bulls – 8:16 PM

Michael Grange @michaelgrange
I actually love Patrick Beverly, and am not surprised one bit that Gary Trent Jr. won’t have any of his BS. – 8:13 PM

Dane Moore @DaneMooreNBA
Patrick Beverley and Gary Trent Jr. just got a double technical before the tip off – 8:11 PM

Jon Krawczynski @JonKrawczynski
The game hasn’t even started and we already have double technicals on Gary Trent Jr and Patrick Beverley, jockeying before opening tip – 8:11 PM

Doug Smith @SmithRaps
We’ve got double Ts on Trent and Beverley before the tip!
This one might be fun – 8:11 PM

Christopher Hine @ChristopherHine
Double technicals before the game even starts on Trent Jr. and Beverley. – 8:11 PM 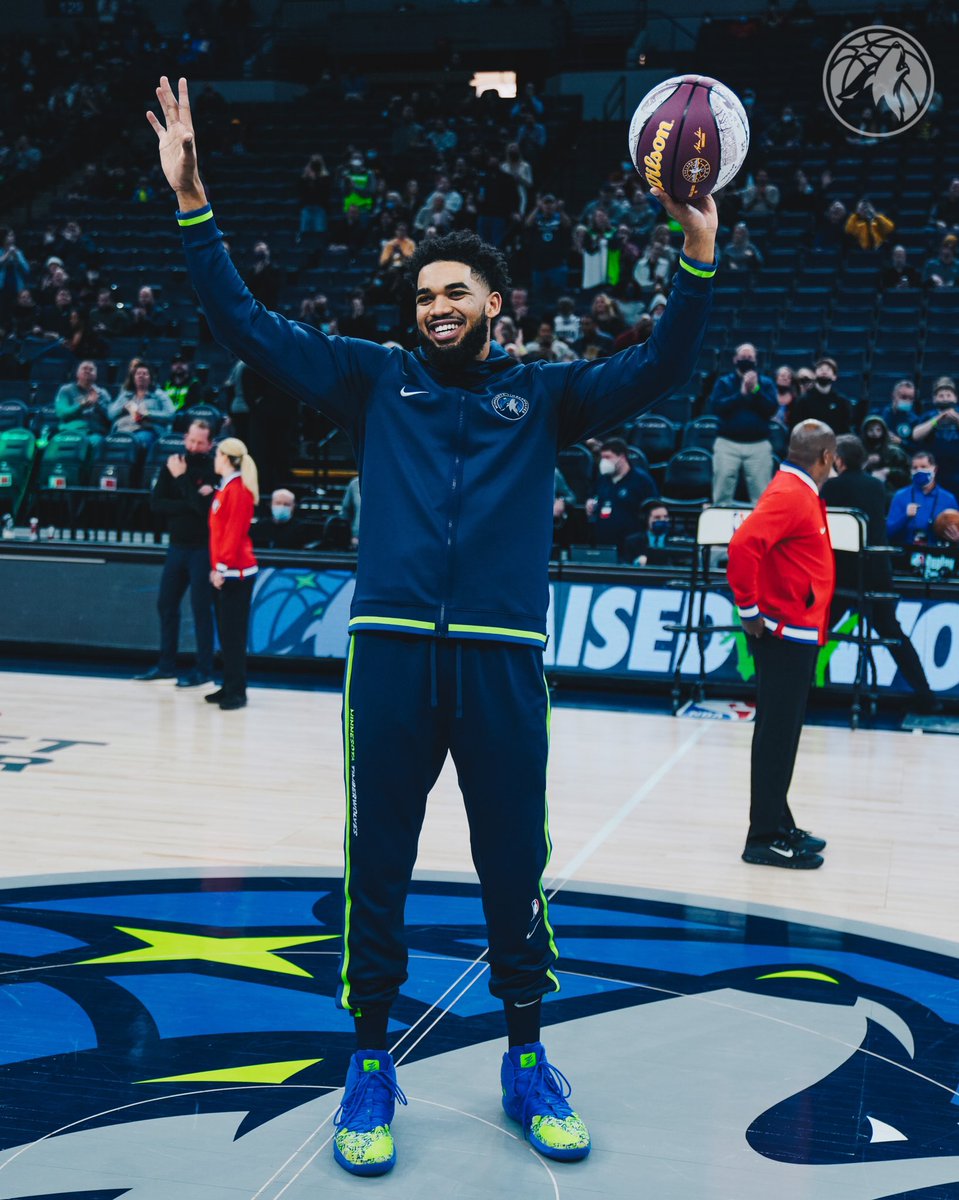 Jon Krawczynski @JonKrawczynski
Why is Anthony Edwards playing tonight with the sprained ankle just ahead of the All-Star break? Because it’s important to him. Because he knows these games matter. Because he wants in on the fight. – 8:07 PM 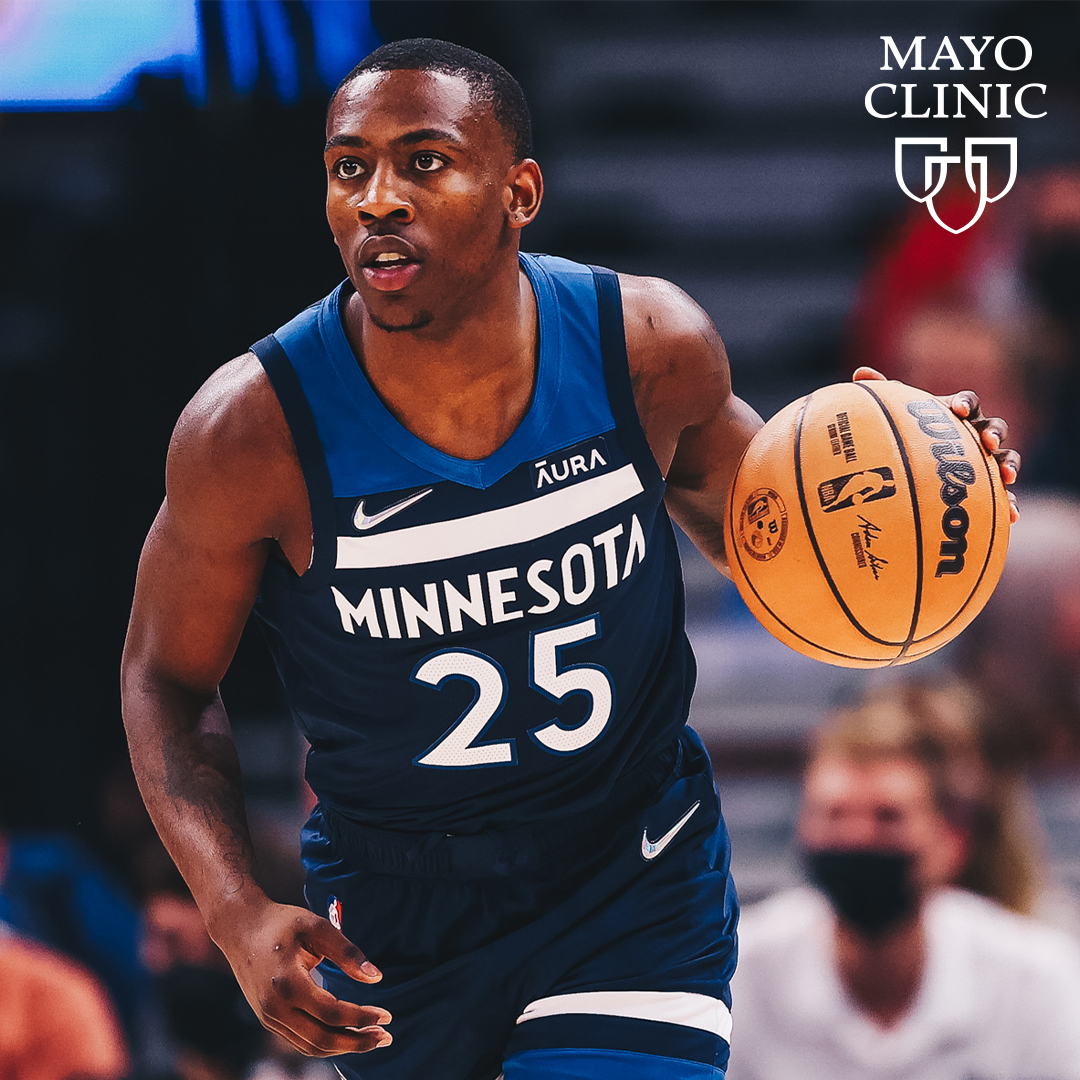 Doug Smith @SmithRaps
Raptors doing just what Nick said they’d do, start Birch along with Siakam, Barnes, Trent and Anunoby as the unofficial first half of the season winds down here in Minneapolis – 7:32 PM 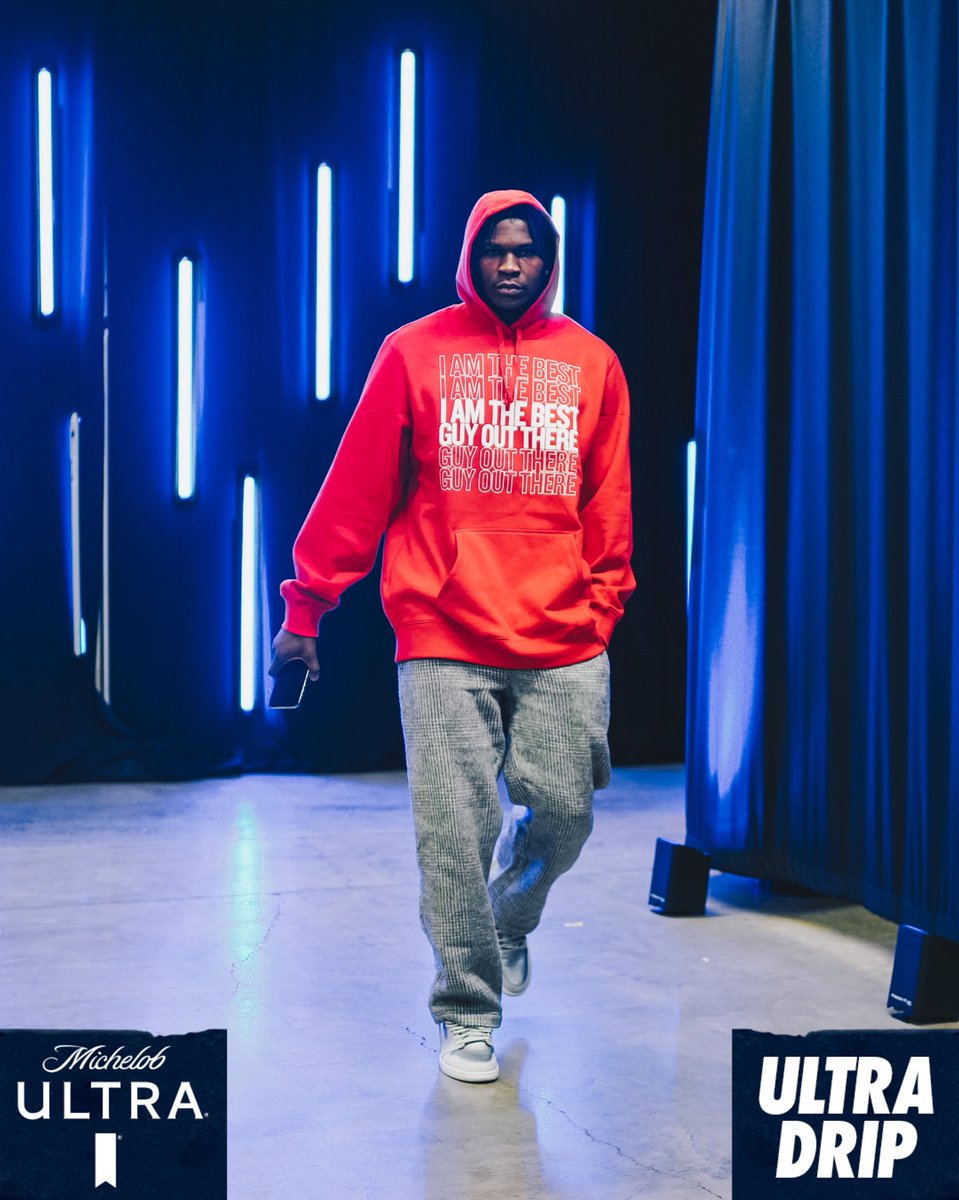 Dane Moore @DaneMooreNBA
My @PrizePicks for Wolves-Raptors
Give me all the rebounding overs. TOR + MIN are the two worst defensive rebounding teams in the league and both top-4 in offensive rebounding.
– Anunoby over 5.5 rebs
– Barnes over 6.5 rebs
– Trent Jr. over 2.5 rebs
– Vanderbilt over 8.5 rebs – 7:04 PM 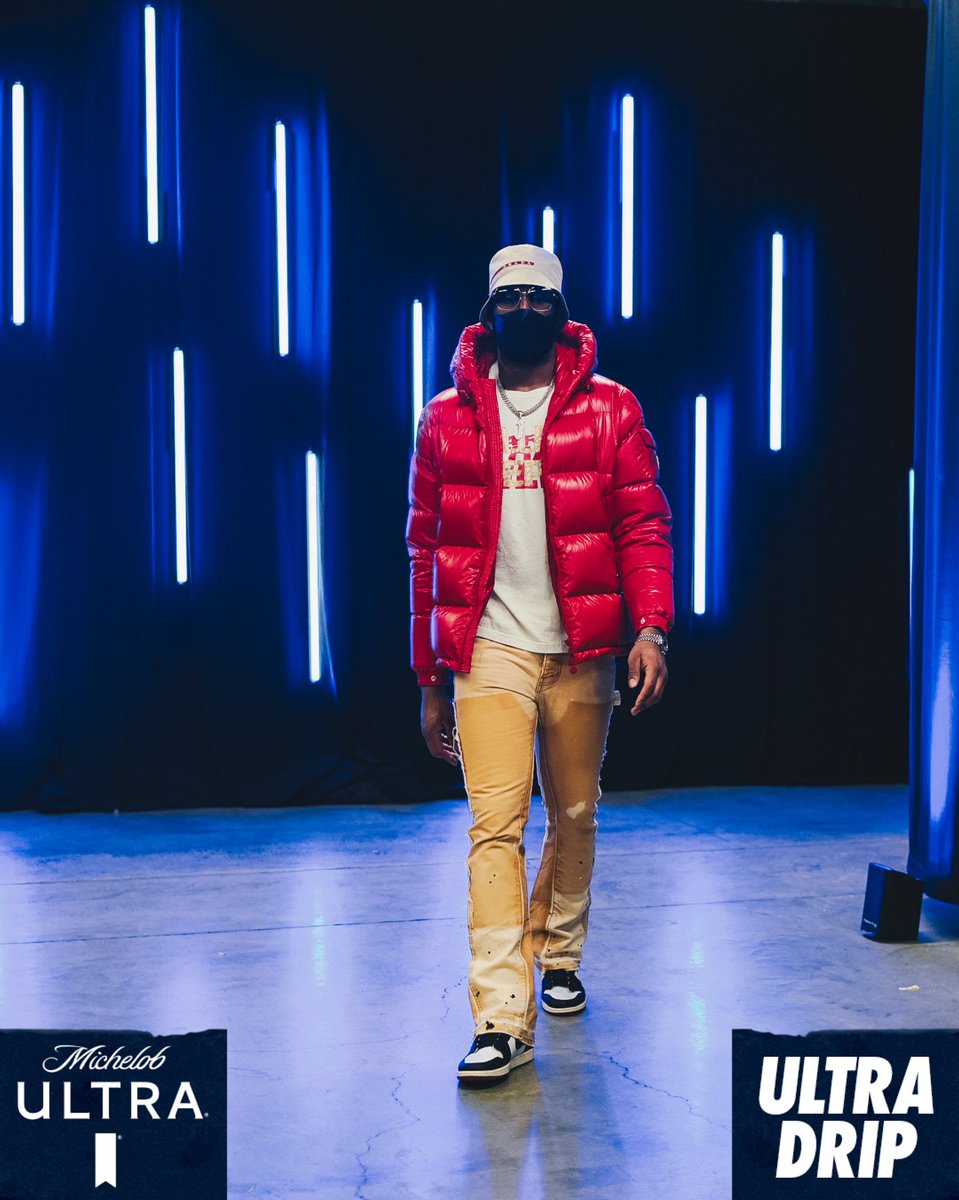 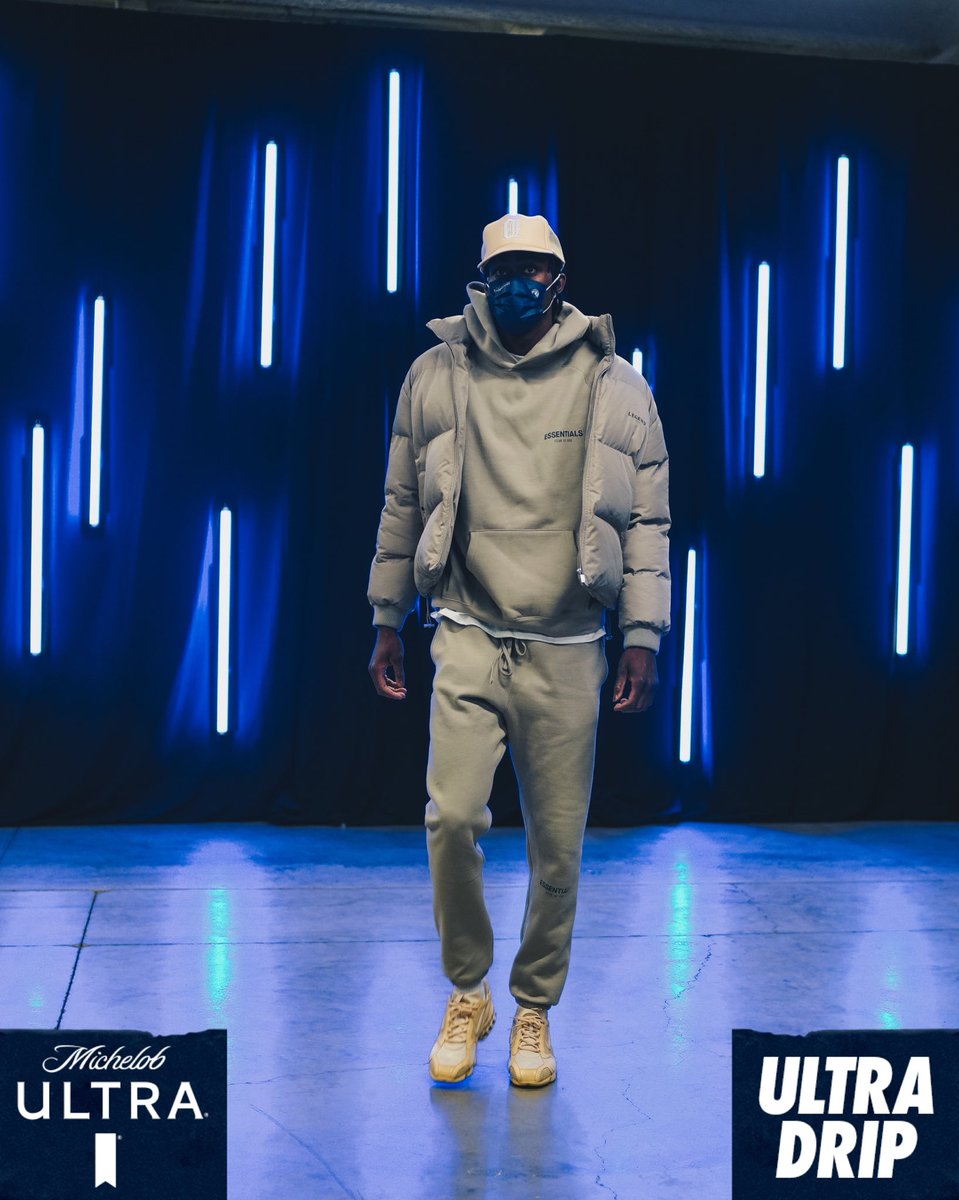 Josh Lewenberg @JLew1050
Nurse on his rotation vs NOLA: “I don’t know if I put much stock into anything we tried Monday as legitimate data.”
He anticipates trying some different things vs Minnesota tonight (especially without FVV), as they continue to work Thad Young in. – 6:53 PM

Dane Moore @DaneMooreNBA
Nick Nurse says Fred VanVleet is out tonight against the Timberwolves.
Nurse says they will go “bigger” in place of FVV, starting Khem Birch, so as to match up better with Karl-Anthony Towns. – 6:35 PM

Josh Lewenberg @JLew1050
Fred VanVleet is OUT tonight vs Minnesota, but MRI came back clean. Just a knee contusion. Birch will start in his place, with Siakam at the point. – 6:34 PM

Eric Koreen @ekoreen
“Freddy’s a stud. I love being around him. … Just watching the respect that Kyle Lowry had for him let’s you know how much he means to that team.” – Chris Finch on VanVleet – 6:25 PM

Darren Wolfson @DWolfsonKSTP
With #Raptors stud Gary Trent Jr. at Target Center tonight to play the #Timberwolves, fun to look back at stories I did on him when he was at Apple Valley HS. BTW, Nowell and Vanderbilt were teammates of his on the USA U16 team I reference: pic.twitter.com/NsQhV8rOih – 6:21 PM 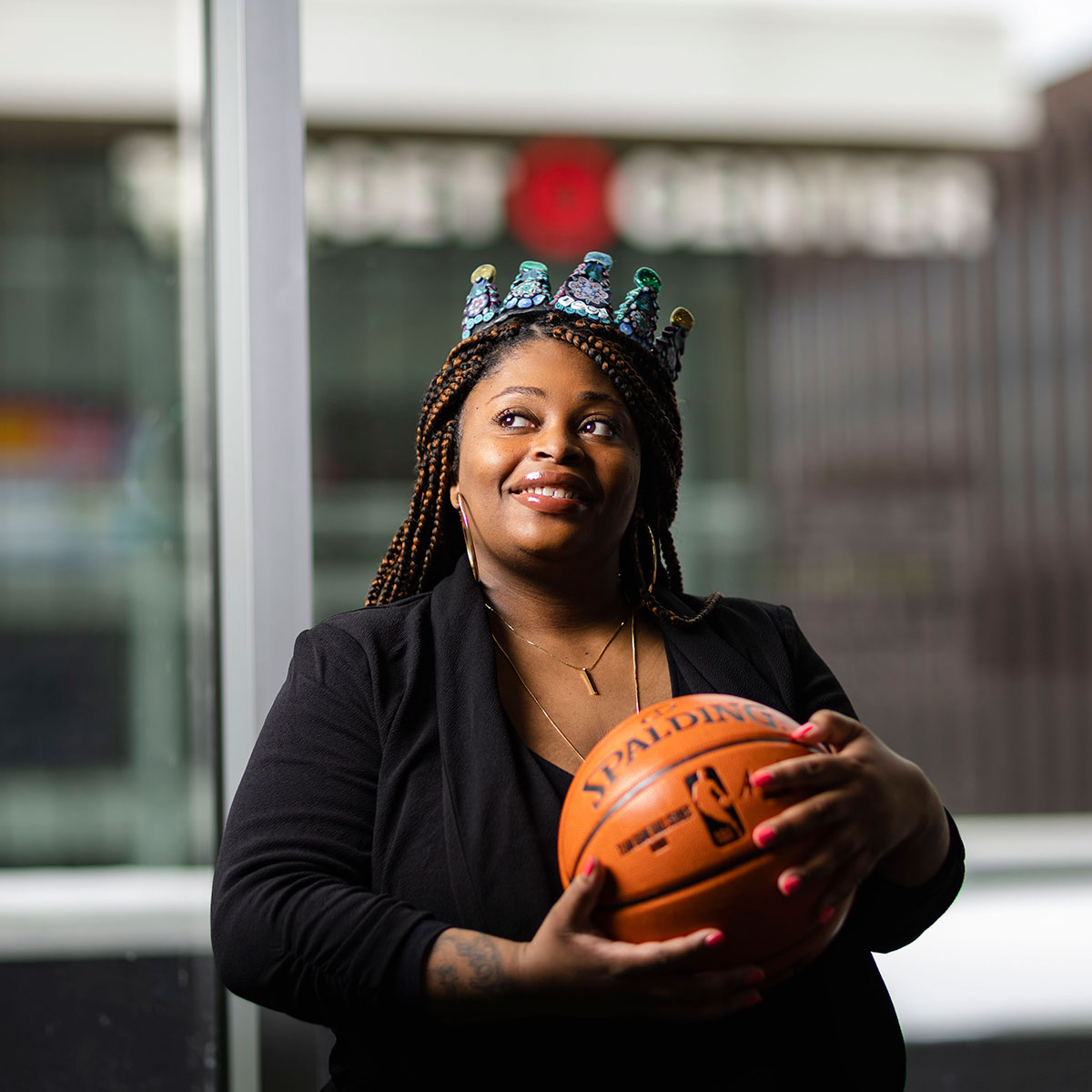 Minnesota Timberwolves @Timberwolves
The Hornets announcers didn’t want the ball in @Karl-Anthony Towns hands in OT…
They knew what was up 😂 pic.twitter.com/o9GAESKLv5 – 2:46 PM