Welcome back to NBA Star Power Index: A weekly gauge of the players getting the most buzz around the league. Inclusion on this list isn’t necessarily a good thing — it simply means you’re capturing the NBA world’s attention. This is also not a ranking. The players listed are in no particular order. This column will run every week throughout the regular season.

Anthony Davis made his return on Tuesday after a five-week absence nursing a sprained MCL, and his defense and mere presence made a noticeable impact on the Lakers, who defeated the Brooklyn Nets, sans Kevin Durant and Kyrie Irving, 106-96.

But once again, this game was all about LeBron James, who finished with 33 points, seven rebounds, six assists, three steals and two blocks on 14-of-21 shooting. Two of those steals came on back-to-back possessions midway through the fourth quarter as the Lakers took a game that was perhaps about to get interesting and stretched the lead to 15.

I love this answer LeBron gave with regard to how he’s blocking out all the noise around the Lakers and coming to work every day and night with a tunnel-vision focus on only what he can control.

I’ve been as dismissive of the Lakers’ seriousness as anyone. Russell Westbrook is too big an obstacle to overcome in my mind. But I still can’t all the way rule them out. There is just no way to count the Lakers out of any contender conversation if Anthony Davis can stay healthy and LeBron can keep playing like this.

A report from Bleacher Report’s Jake Fischer suggests Harden is already tiring of his time in Brooklyn. According to Fischer, Harden isn’t a fan of Steve Nash’s fluid rotations, nor of Kyrie Irving’s decision to continue missing home games by remaining unvaccinated. He also, reportedly, isn’t terribly fond of living in Brooklyn.

Harden has recently informed several confidants—including former teammates and coaches—of his interest in exploring other opportunities outside of Brooklyn this summer, league sources told Bleacher Report.

Harden has been vocal to Nets figures and close contacts alike about his frustrations regarding Kyrie Irving‘s part-time playing status. A recent injury to Kevin Durant has exacerbated the issue, leaving Harden to shoulder the majority of the offensive burden during Brooklyn home games.

His new city could also be an issue. According to multiple sources, Harden has not enjoyed living in Brooklyn, compared to his days as a central Houston magnate. Outside of the change in climate, the chasm between state taxes in New York versus Texas is quite obvious as well.

After Brooklyn’s home loss to the Lakers on Tuesday, Harden, who has notched 30-plus-point triple doubles in two of his last three games, Harden addressed the reports — of which he claims to be unaware — of his growing frustration, clarifying that it only stems from his desire to win.

“I don’t know about any reports,” Harden said. “Of course I’m frustrated because we’re not healthy, there’s a lot of inconsistencies for whatever reason: injuries, COVID, whatever you want to call it. But yeah, it’s frustrating. I think everyone in this organization is frustrated because we are better than what our record is, and we should be on the way up.”

“That’s all it is,” Harden continued. “I don’t know anything about any reports. If you didn’t hear it from me, I don’t talk to nobody. I have an agent. If you don’t hear it from me, then it’s reports, So I’m frustrated because I wanna win and I’m a competitor. It’s pretty simple.”

Meanwhile, the Sixers are reportedly ready to hold out on trading Ben Simmons in hopes that Harden becomes open to a relocation this summer. He’s a free agent and the Sixers almost certainly wouldn’t be able to create the cap space to sign him, making a sign-and-trade for Simmons the most plausible scenario, if it indeed gets that far.

Embiid continued his torrid run with 42 points and 14 rebounds in a win over the Pelicans on Tuesday. He has now scored at least 30 points in all but one game since Christmas, and that one he put up 25-13-6 in a win over Boston. This is not normal stuff.

Embiid is also one shy of tying Karl Malone’s record of five consecutive games with at least 35 points and 10 rebounds.

To that point, I still have Nikola Jokic as the leader, but Embiid (and Giannis, to be clear) can’t be far behind. He does it on both ends and from all scoring areas, and nobody has been better in money time. In games that are within five points with five or fewer minutes remaining, Embiid leads the league by a mile with 109 total clutch points on 53-percent shooting, including 50 percent from 3.

Tatum broke out of what has essentially been season-long shooting slump with 51 points, 10 rebounds and seven assists against the Wizards on Sunday. He followed that up with 36-6-4 in a 53-point win over the Kings on Tuesday. Over those two games, Tatum, who is shooting just 33 percent from deep this season and under 43 percent overall, knocked down 16 of 28 3-pointers.

It’s not often that a single player outscores the opposing team’s entire starting lineup by himself, but that’s what Tatum — who with Kevin Durant out for the All-Star Game could be the next front-court starter in line as the fourth-leading fan-vote getter in the East — did to Washington (51-45).

Young, who has the Hawks on a four-game win streak, was named Eastern Conference player of the week after averaging 31.7 points over his last three games. He’s also 18 for his last 36 from 3 and over 40 percent from deep for the month of January.

Also, do not talk trash to Trae. ‘Endeavour’: British Mysteries Series to End With Season 9 on PBS
3 seconds ago

‘Endeavour’: British Mysteries Series to End With Season 9 on PBS 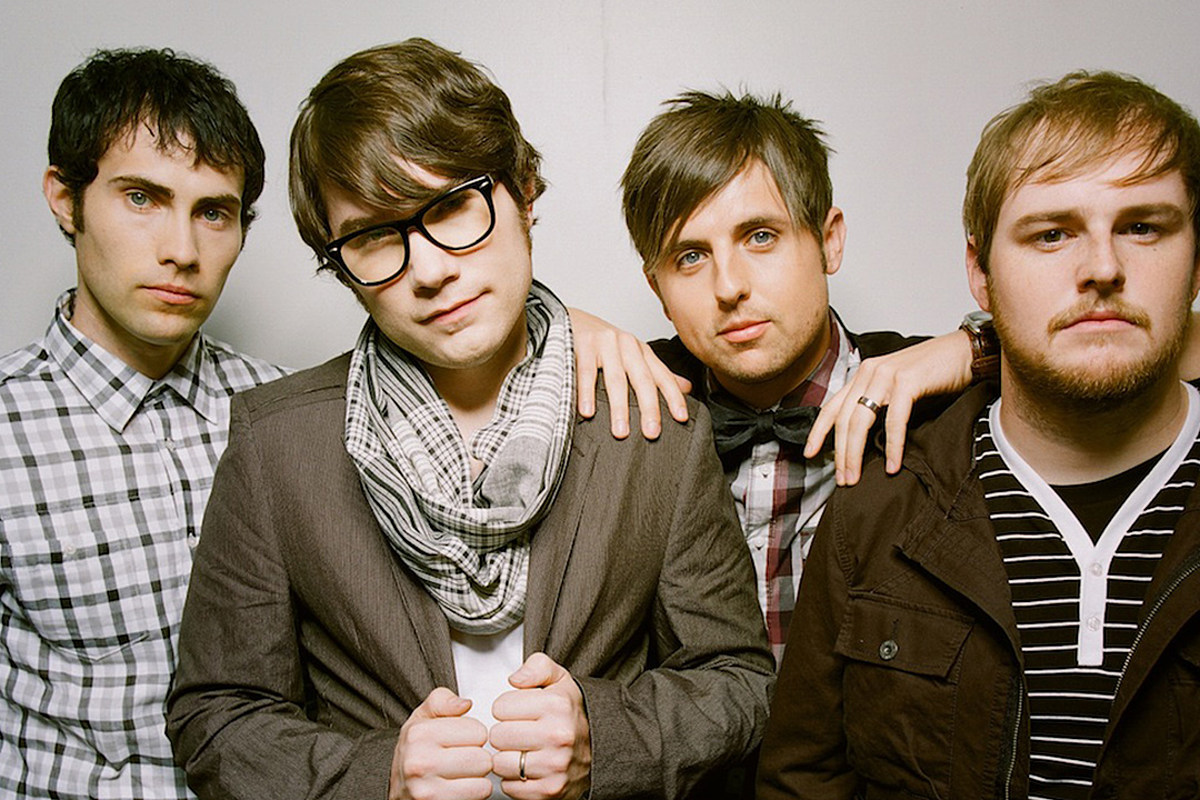 Hawthorne Heights to Curate Three ‘Is for Lovers’ Festivals 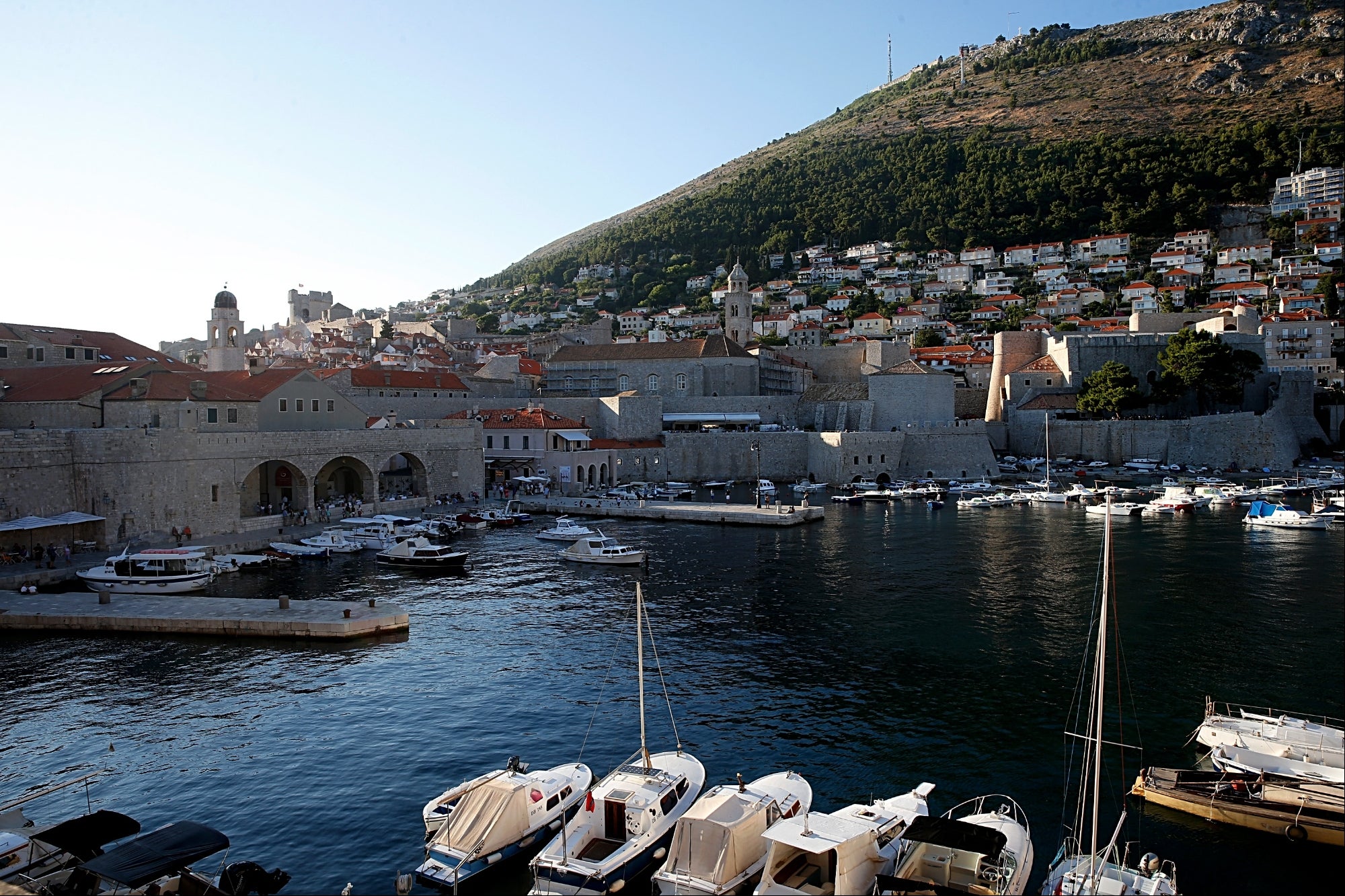 How My Home Country Fuels My Entrepreneurial Passion
3 mins ago

How My Home Country Fuels My Entrepreneurial Passion 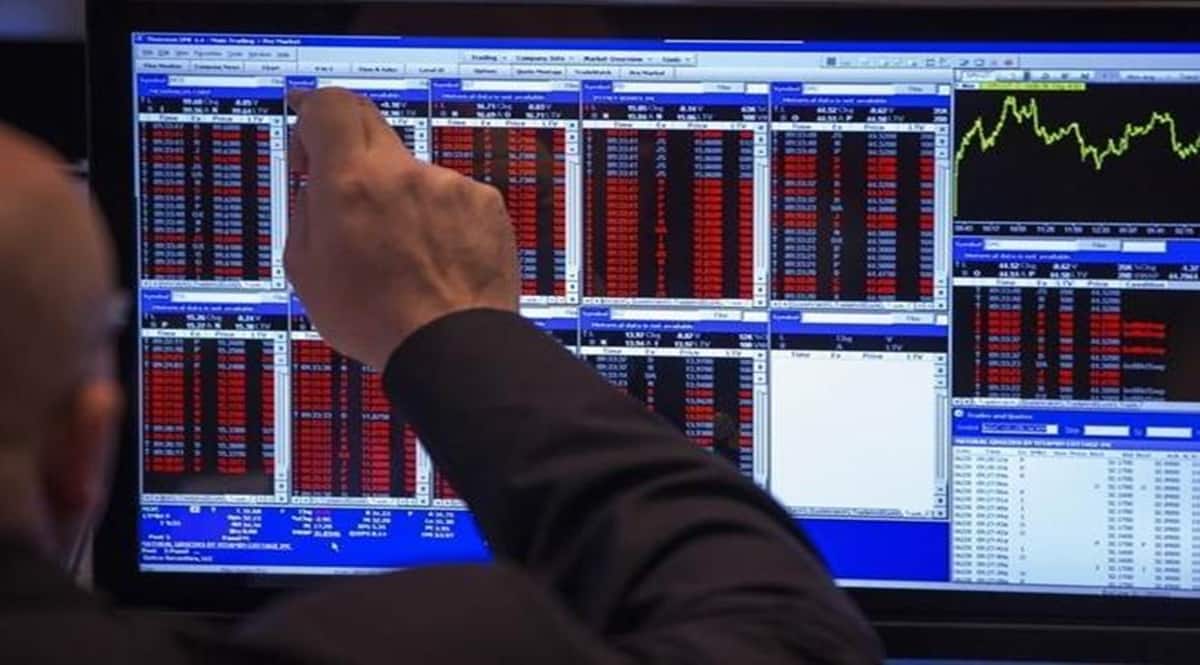 US Stocks: Wall Street bounces back on boost from banks, Apple after volatile week
5 mins ago 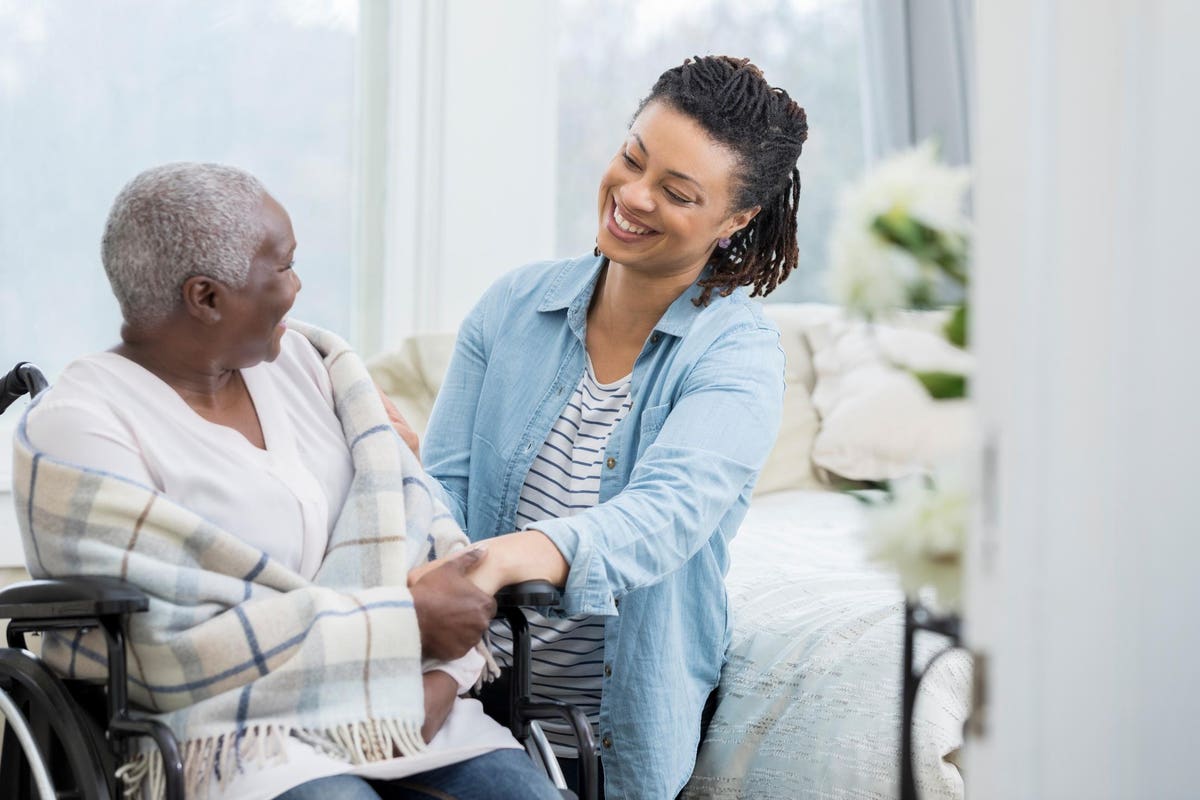 Families Must Provide More Medical Care At Home, But With Little Training
6 mins ago 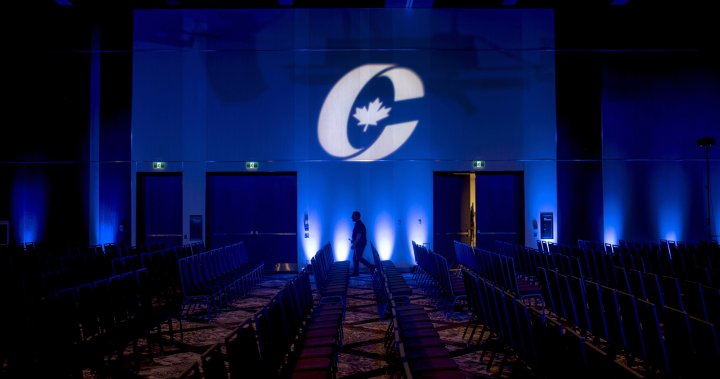 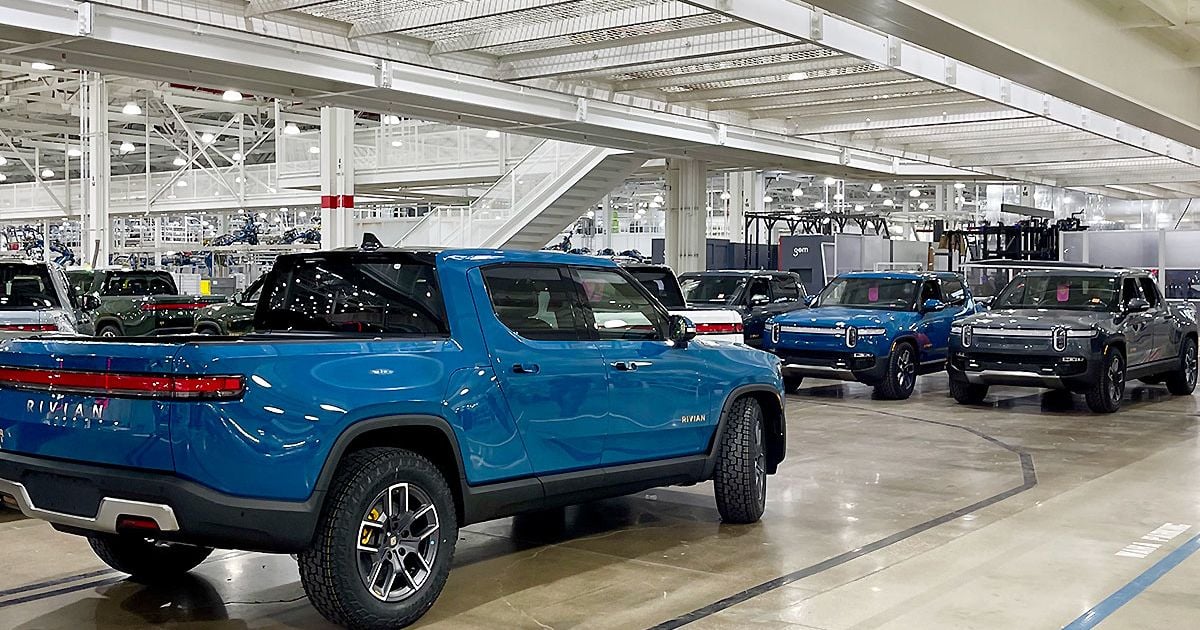