Marc Stein: Oklahoma City acquired the rights to Micic in the same December 2020 deal in which it landed Al Horford from Philadelphia. The Thunder indeed also acquired a future first-round pick (2025) in the same trade. I’m told there is already NBA interest in Vasilije Micic, 28, for next season.
Source: Twitter @TheSteinLine

Emiliano Carchia @Sportando
Back to back championship and back to back mvp for Vasilije Micic
sportando.basketball/en/back-to-bac… – 3:07 PM

Brandon Rahbar @BrandonRahbar
Future Thunder player/trade asset Vasilije Micic is now a back to back EuroLeague champion, back to back Finals MVP and a EuroLeague MVP.
Word is he finally wants to make the jump to the NBA.
Good timing for OKC with the NBA Draft in one month if the Thunder want to trade up. – 3:04 PM

Synergy Sports Tech @SynergySST
Vasilije Micic has shot an eFG% of 63% creating his own shot out of the pick and roll in the @EuroLeague this season.
#F4GLORY | #7DAYSMagicMoment – 1:52 PM 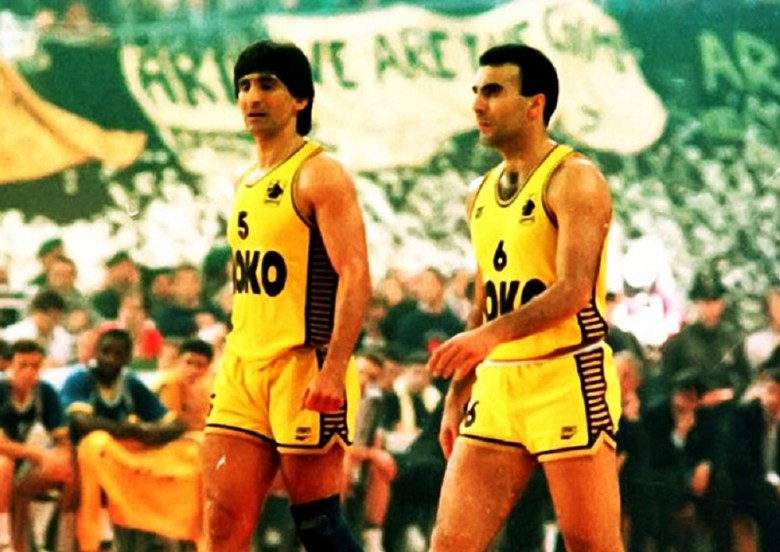 “This one still feels amazing. Not much changed since five minutes ago. Still, I am speechless,” Vasilije Micic said after receiving the trophy from Euroleague Legend Vassilis Spanoulis, “These achievements will stay with me for all my life, it will stay marked in my heart as long as I play basketball and afterward. This would be impossible without my teammates. Four amazing years together, two titles. Team results are more important.” -via EuroHoops.net / May 21, 2022
Donatas Urbonas: Vasilije Micic on the possibility to go to the NBA next season: “I’m in a situation where I have two more years of the contract no matter what happens. But of course, I like to look at all kinds of challenges. If this option comes out, I would be ready to risk.” -via Twitter @Urbodo / May 21, 2022
Vasilije Micic signed a three-year extension last summer and while his deal with Anadolu Efes includes NBA outs, the Serbian guard will only agree to move to the States if he gets the playing time there. Otherwise, he’s happy where he is. “Honestly, I have a desire to go to the NBA. But in a way, and I told that to the people from Oklahoma, to actually play there. I don’t see myself going there to tell my neighborhood friends that I was in the NBA and bring them back an OKC jersey. That doesn’t inspire me. I also came to Efes when they were at the bottom, and I had offers of some, perhaps, better-standing names,” Micic said on Mozzart’s “Na Ivici Terena” (On the Court Edge). -via EuroHoops.net / March 29, 2022