The Mavs now have to ask themselves: Is this team really good enough? Brunson and Dorian Finney-Smith will be unrestricted free agents, with big raises coming. The Brunson flight risk is real, sources say. The Mavs have no cap space to replace them.
Source: Zach Lowe @ ESPN

Callie Caplan @CallieCaplan
After Jalen Brunson pivoted around two Magic defenders to hit a jumper, Luka stood up from the bench and shouted across the court:
“Good double team, Mose!” – 7:42 PM

Callie Caplan @CallieCaplan
Jalen Brunson just went back to the locker room after a long chat on the bench with Dionne Calhoun.
He went down hard on his last offensive possession, but couldn’t quite tell what he was favoring or what was bothering him, though. – 7:23 PM

Fred Katz @FredKatz
You all submitted Knicks-related fake trades.
Here is what I thought of them — from Karl-Anthony Towns to Jalen Brunson, Myles Turner and more: https://t.co/7IiocYOyN6 pic.twitter.com/ew5w4gOiEw – 10:36 AM 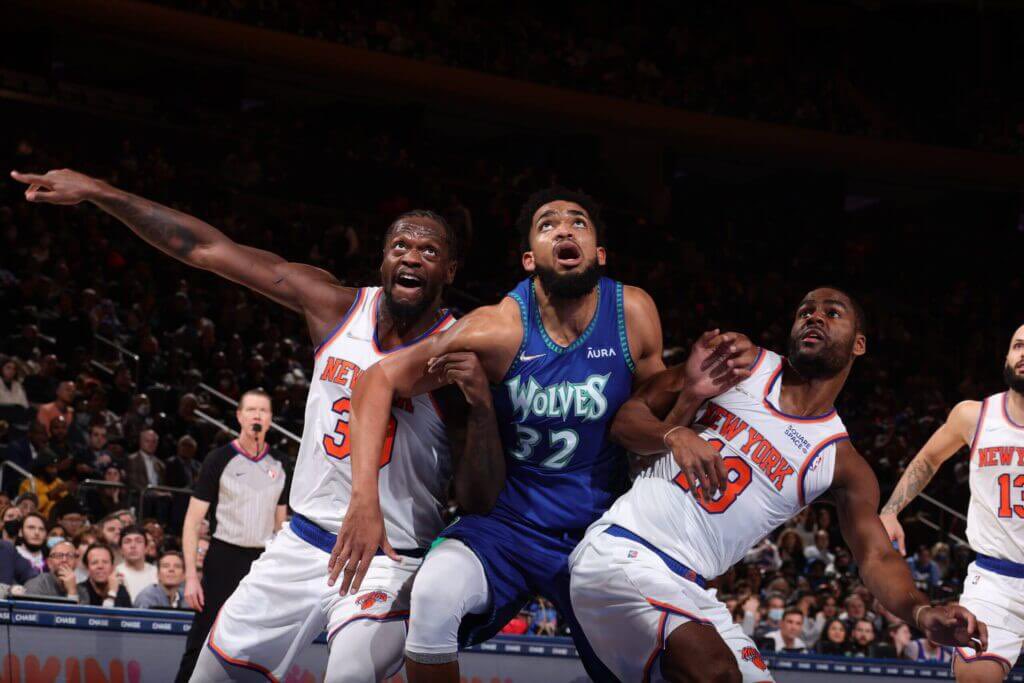 When asked about Jalen Brunson’s pending free agency and potential trade market, Begley stated the Knicks ‘have at least touched base’ with the Mavericks about Brunson. Begley also mentioned there’s at least one more team willing to make him an offer ‘north of $20 million’ in free agency. “Jalen Brunson, for many different reasons, has been on the Knick radar for a while now. He’s got plenty of connections to the Knicks. So I know the Knicks, at the very least, have touched based with Dallas on Brunson and I can’t tell you what it would take to pry Brunson from Dallas from a Knick perspective. I’m not sure on that. -via Sports Illustrated / January 28, 2022
But I do know he’s a highly sought after player and if he does hit unrestricted free agency, I can say pretty confidently there’s at least one other team prepared to give him an offer north of $20 million per year. So it’s an interesting situation with Dallas. Is Dallas prepared to pay him that kind of money? How do they see that salary fitting in with the rest of the money they will owe the rest of the players on the roster including obviously Luka Doncic?” -via Sports Illustrated / January 28, 2022
Scotto: I’ve heard Jalen Brunson has some admirers in Detroit. They have cap space and are a team to keep an eye on towards the summer. If Dallas is able to enter the mix for Jerami Grant and acquire him, don’t be surprised if either Brunson or Finney-Smith is involved in a trade package. If Dallas is going to part with either player, they’re going to want an asset that helps them win now. -via HoopsHype / January 26, 2022