Ryan Blackburn @NBABlackburn
Alright, Denver’s gotta do a better job of being diligent at the three-point line defensively, but the offense is generating good shots. – 9:18 PM

Vinny Benedetto @VBenedetto
Nuggets and Knicks are tied at 14 nearly five minutes into the game. Aaron Gordon (3-3 FG, 1-1 3PT) with seven of those points. Jokic with assists on three of Denver’s five buckets. Knicks start 4-7 from 3. – 9:18 PM 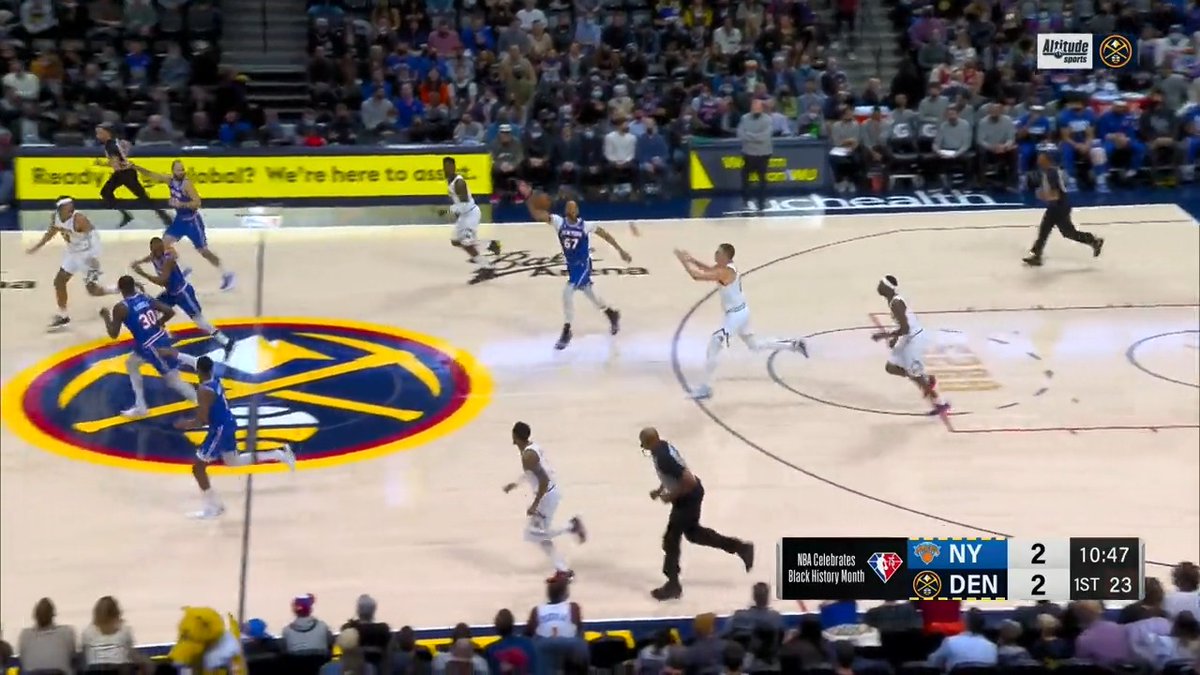 Steve Popper @StevePopper
Without Robinson or Noel the Knicks turn to Taj Gibson to start against Jokic and he’s a strong and smart defender…I can’t do it. No matter who was playing, he’s still Jokic. – 9:08 PM 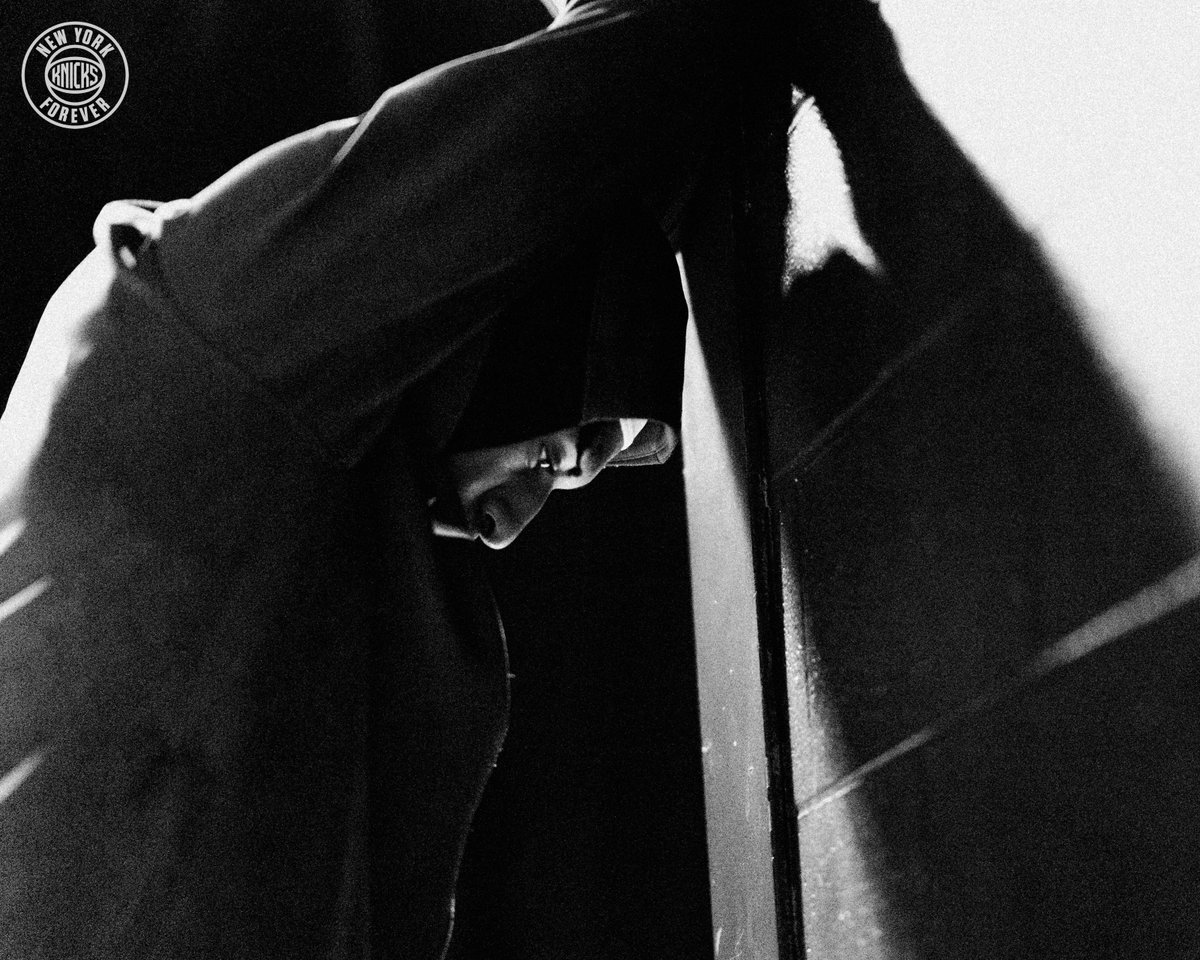 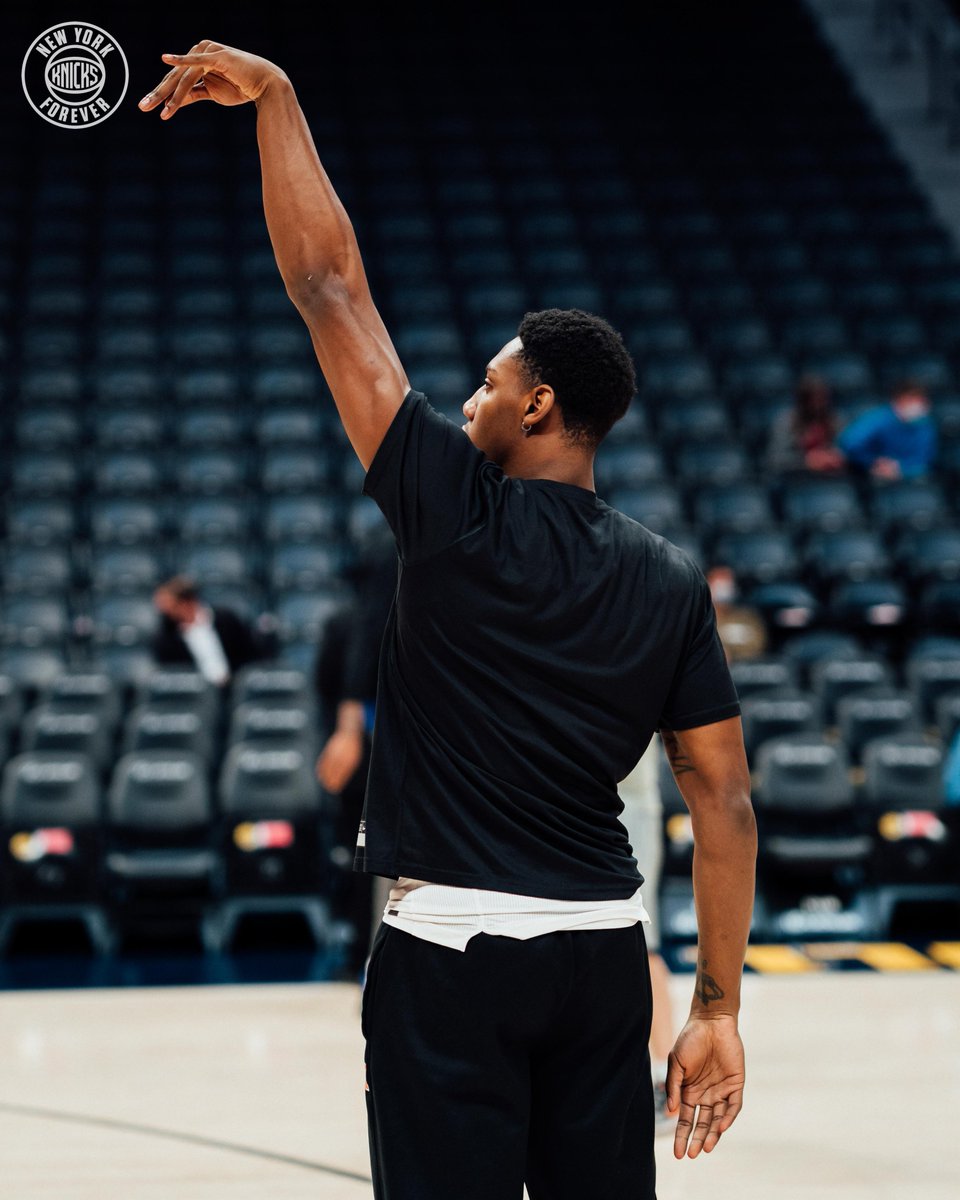 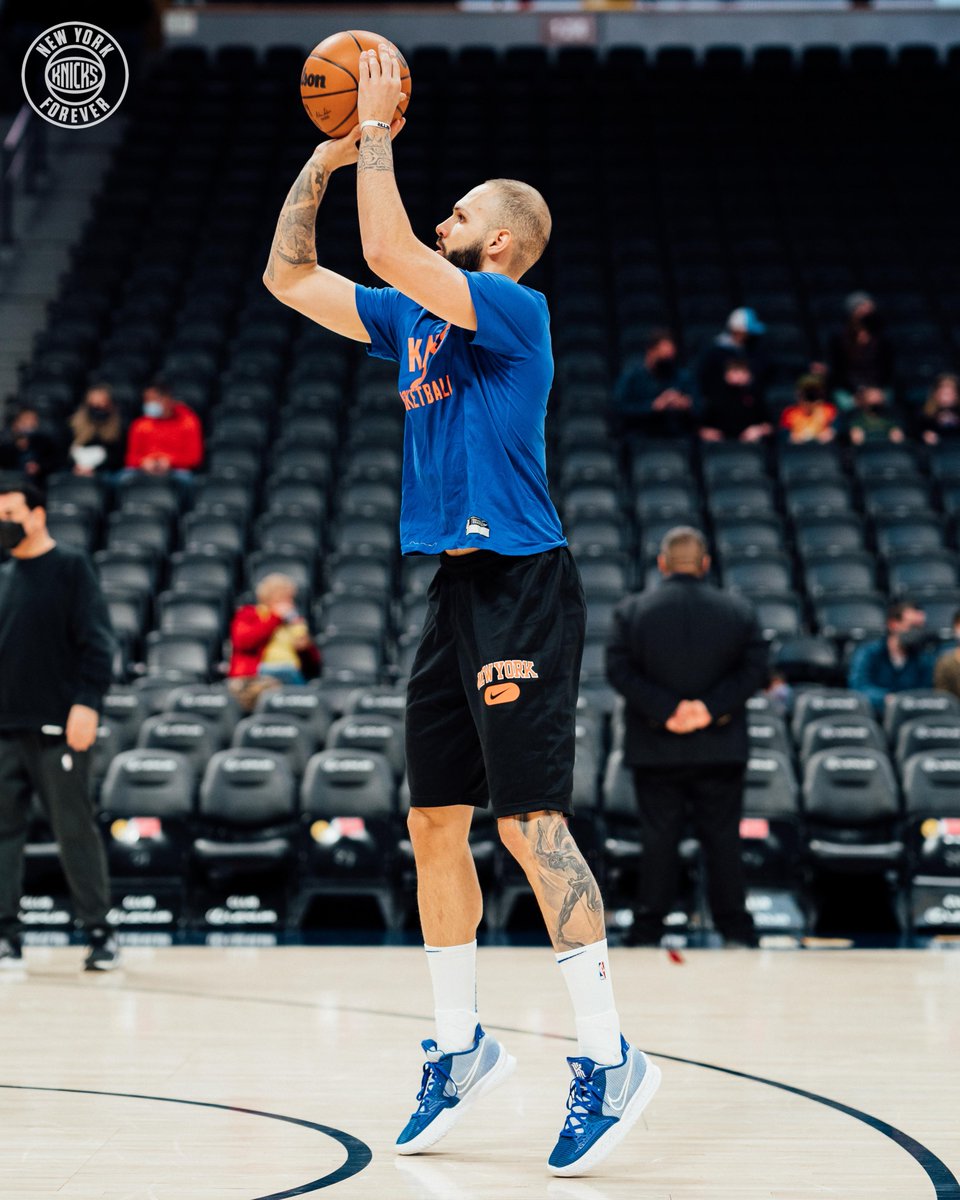 Ryan Blackburn @NBABlackburn
Not at the arena tonight, but I do plan on enjoying watching Nikola Jokić against the center-less Knicks on a back-to-back. – 8:42 PM

Katy Winge @katywinge
Nuggets Nation, you hear him all the time. Now watch him AND hear him on the @ChrisMarlowe cam.
He is all of us!!
pic.twitter.com/rn9EICvdzs – 8:42 PM 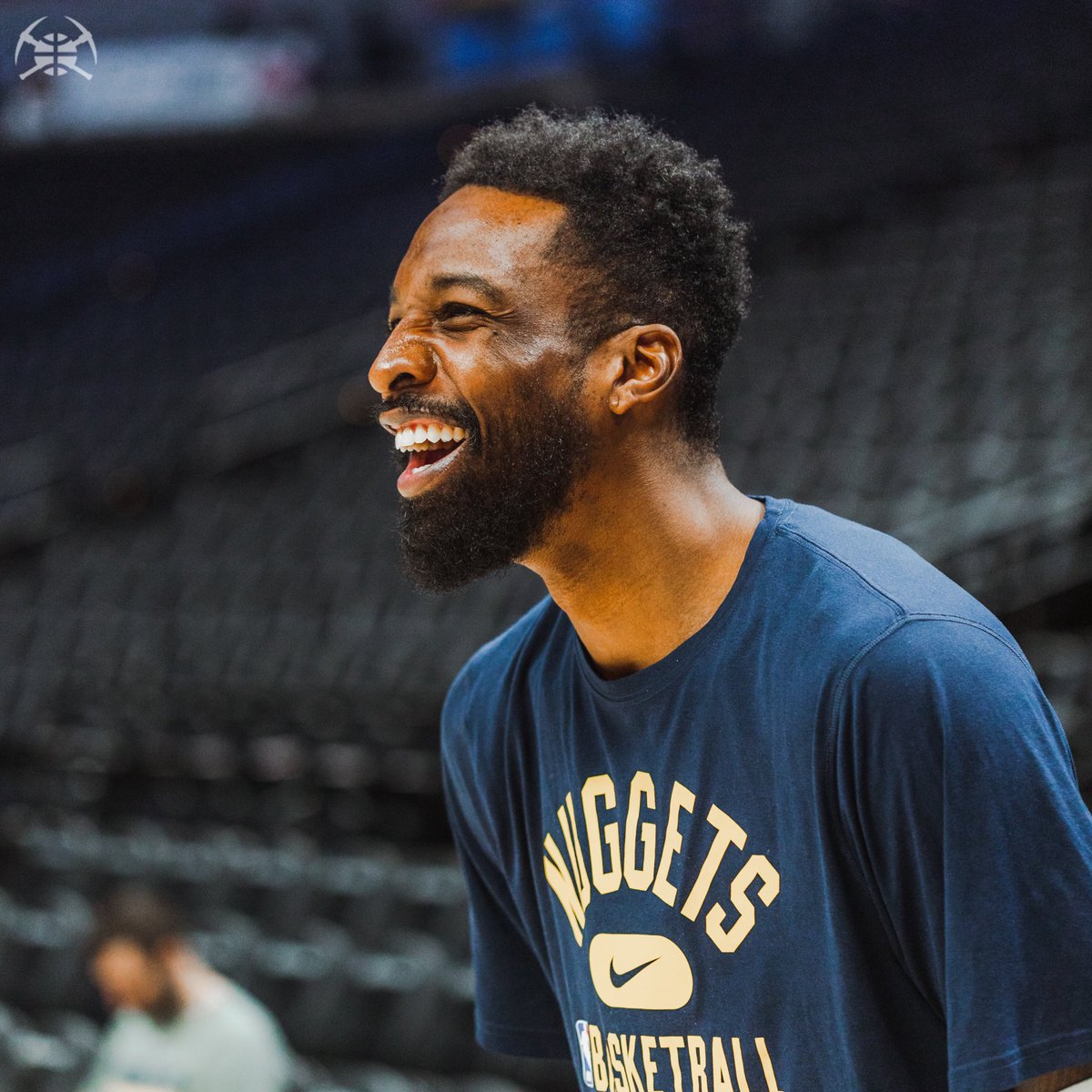 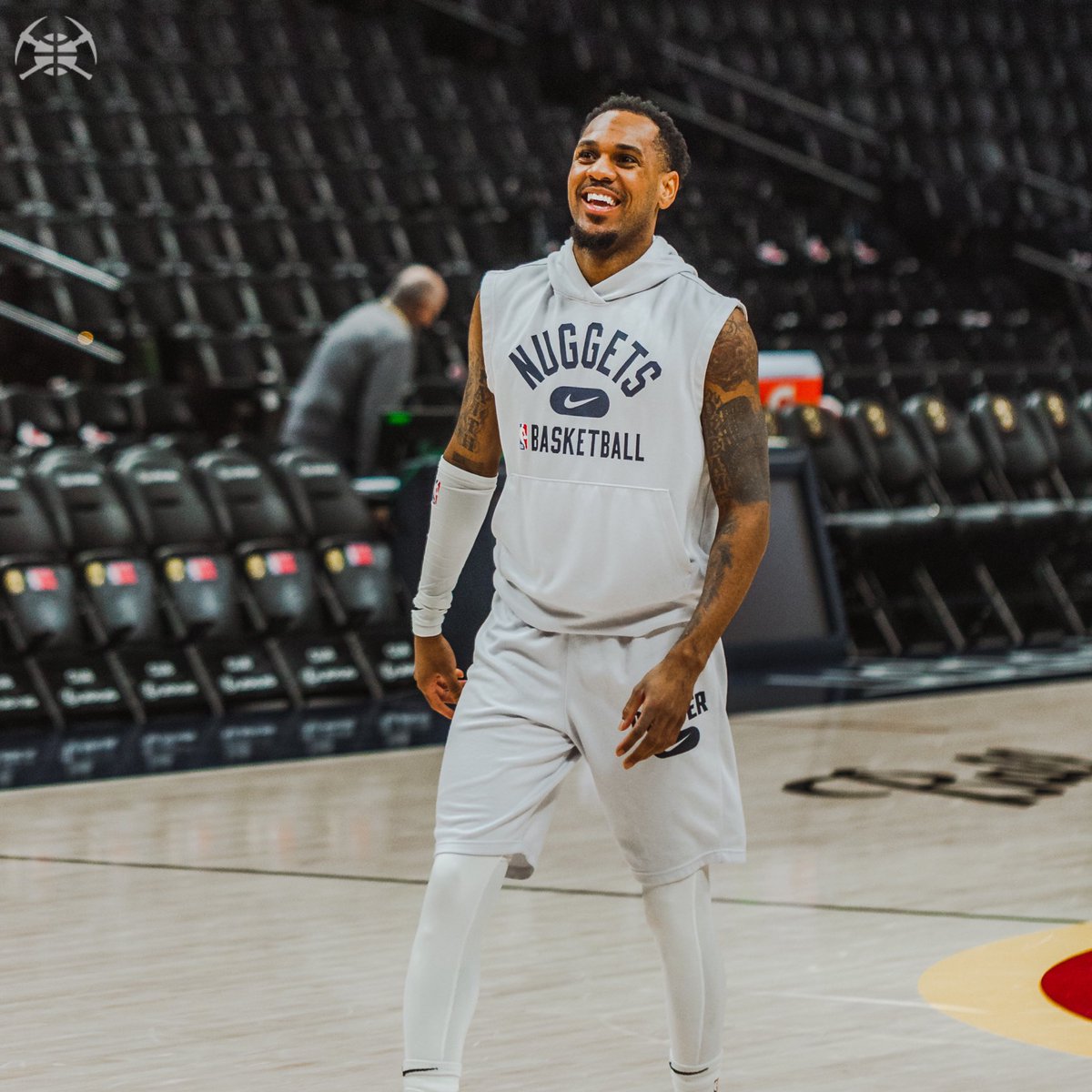 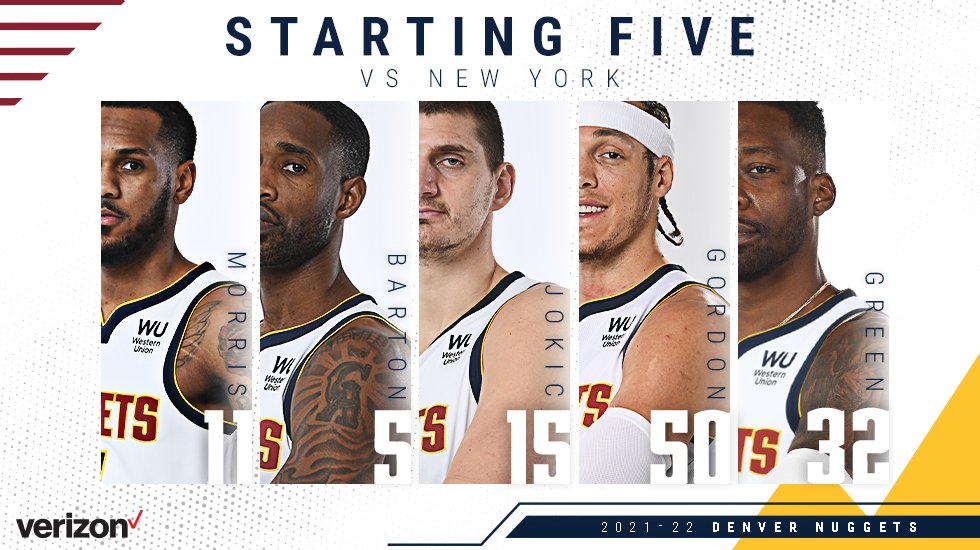 Kristian Winfield @Krisplashed
At least there’s this: New York’s own Benny the Butcher will perform at halftime tonight. – 8:29 PM

Dave McMenamin @mcten
Frank Vogel says that Carmelo Anthony (hamstring) and Dwight Howard (back) are out against the Bucks. LeBron James will play, and Vogel hopes to play him less than the 40 minutes that James played against the Knicks. – 8:19 PM

Kamenetzky Brothers @KamBrothers
Frank Vogel says LeBron is in, with a similar minutes plan against the Knicks (which was obviously abandoned with OT and such, but you get the point). Melo and Dwight are out. AK – 8:18 PM

Stefan Bondy @SBondyNYDN
Knicks don’t have Nerlens Noel and Mitchell Robinson (injuries) to face Nikola Jokic.
Nuggets coach Michael Malone: “We look to establish Nikola early anyways, but it’ll be even more of a heightened awareness for us tonight knowing they’re a little bit thin in their backcourt.” – 8:11 PM 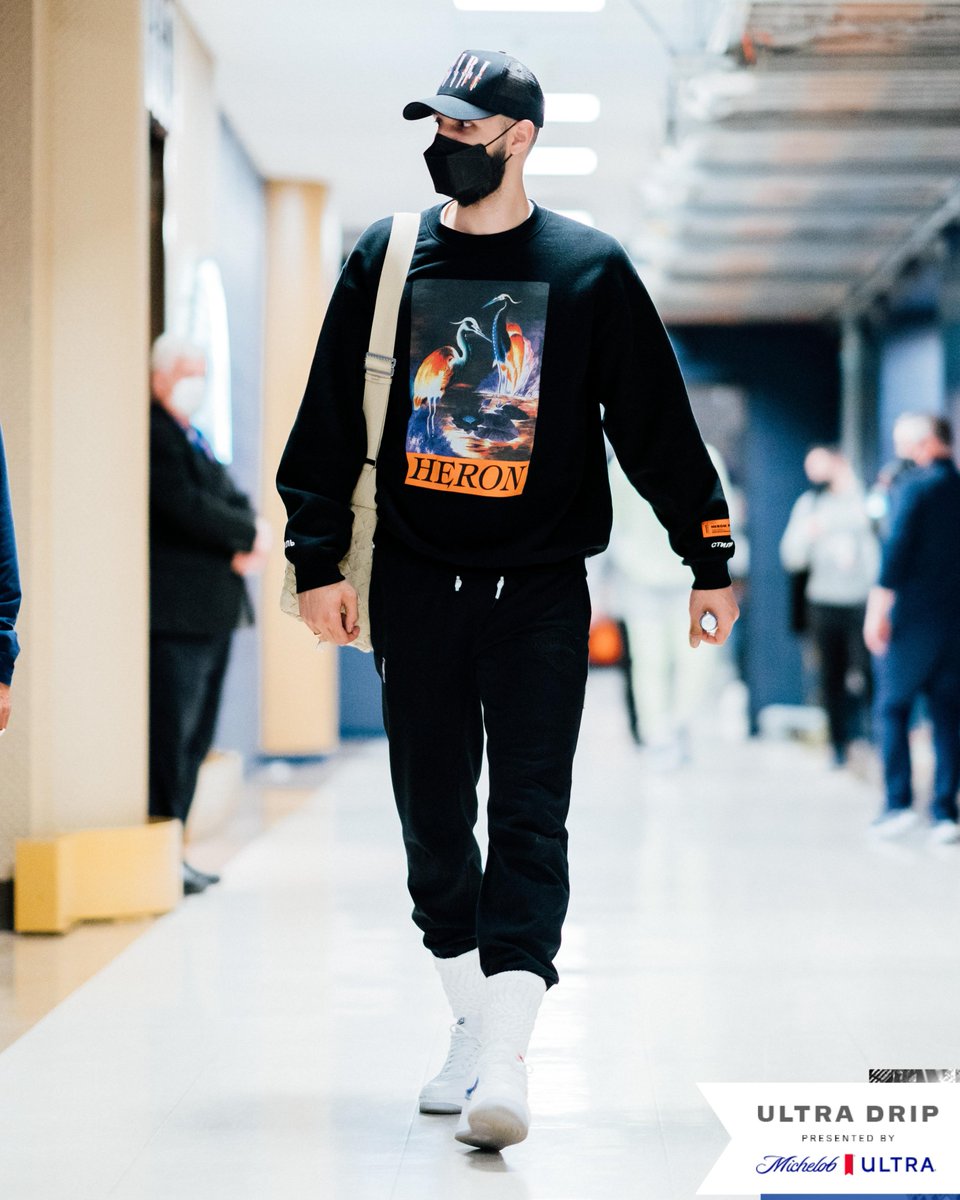 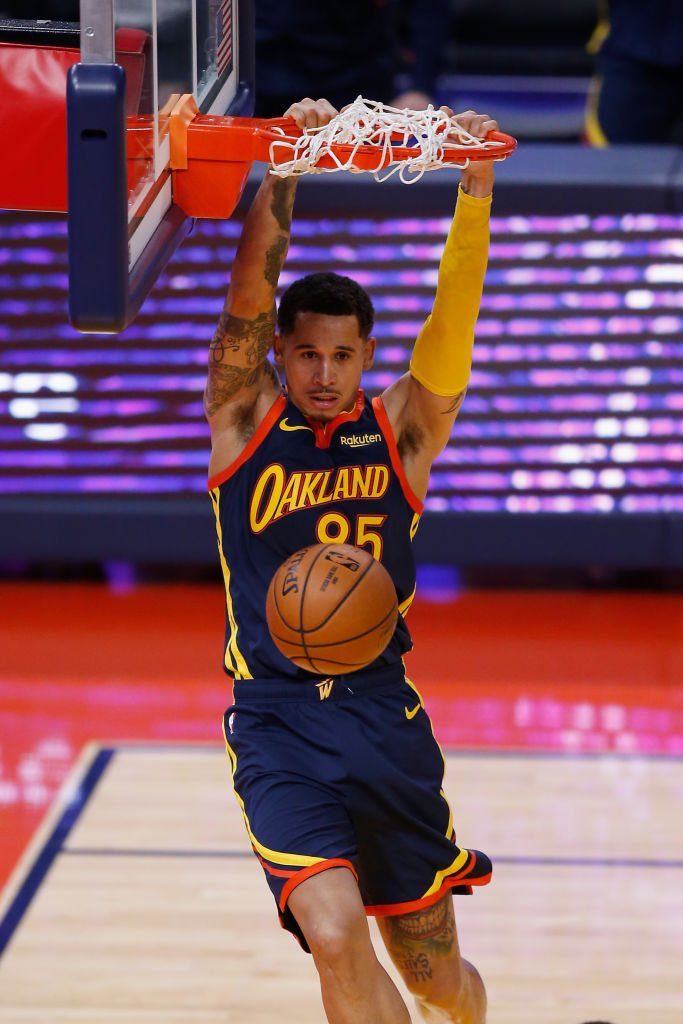 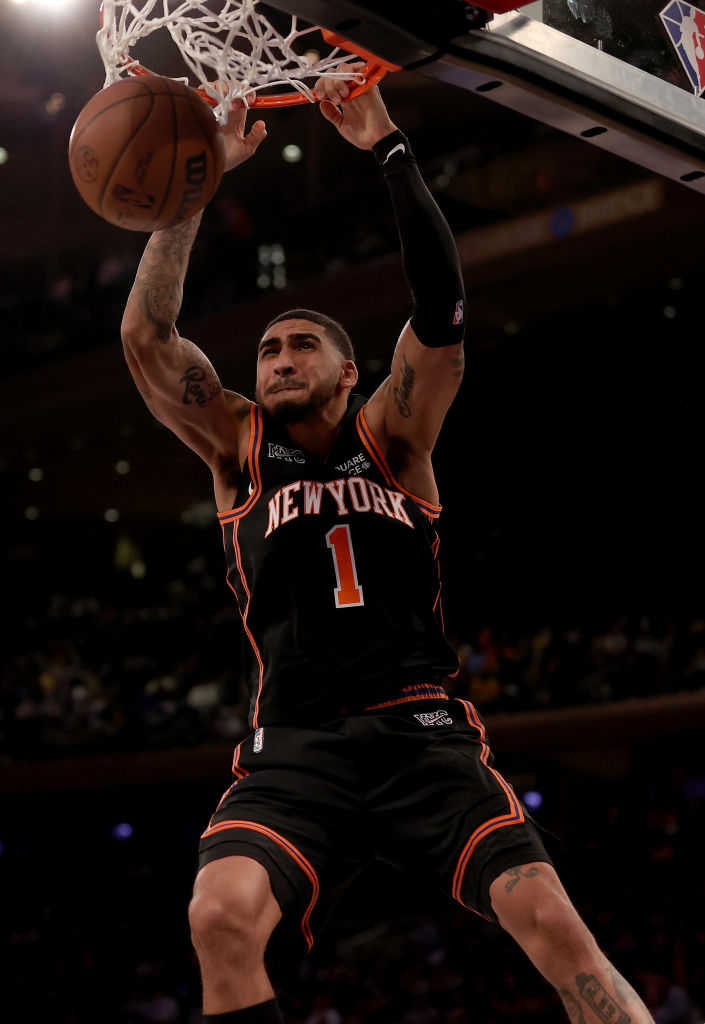 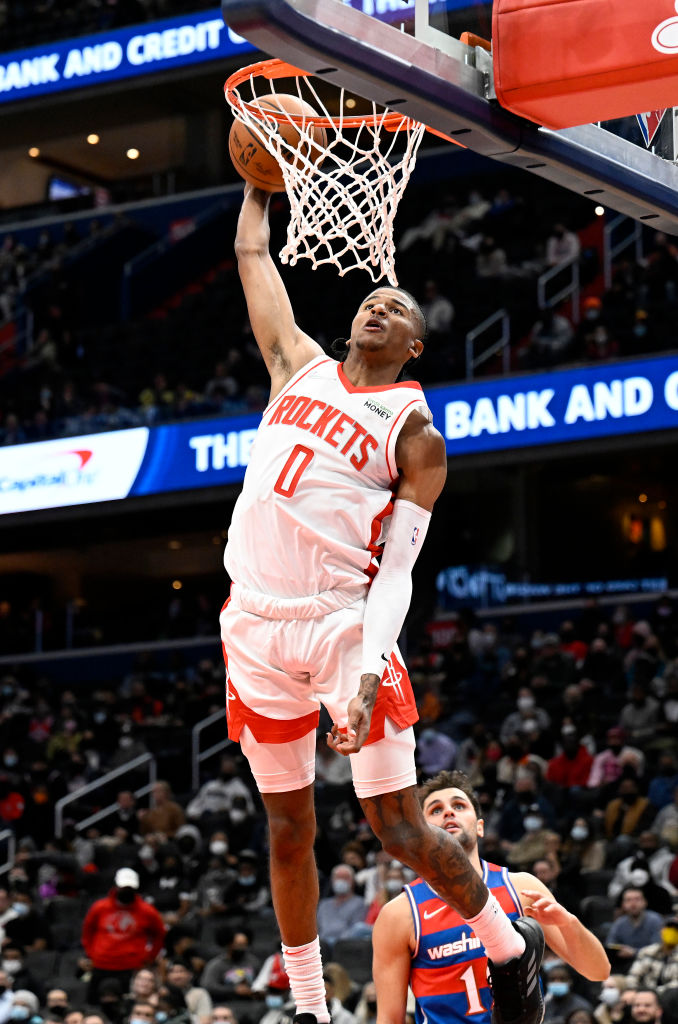 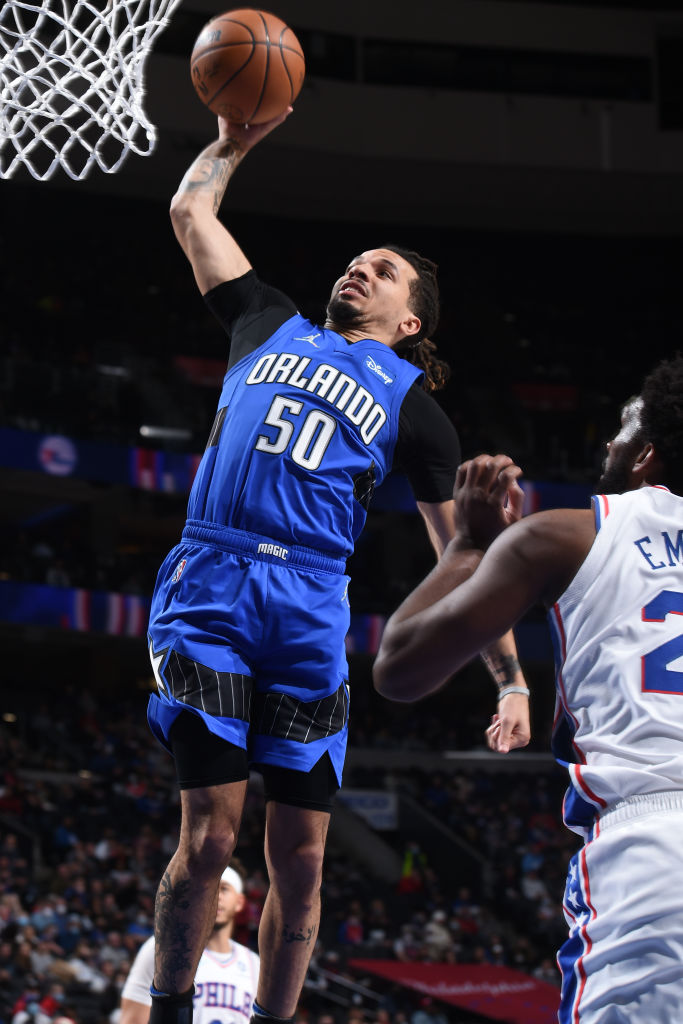 New York Knicks @nyknicks
Air Obi is cleared to take off for the @NBAAllStar Slam Dunk Contest.
LET’S GET IT. pic.twitter.com/rDvheJHxEn – 7:35 PM 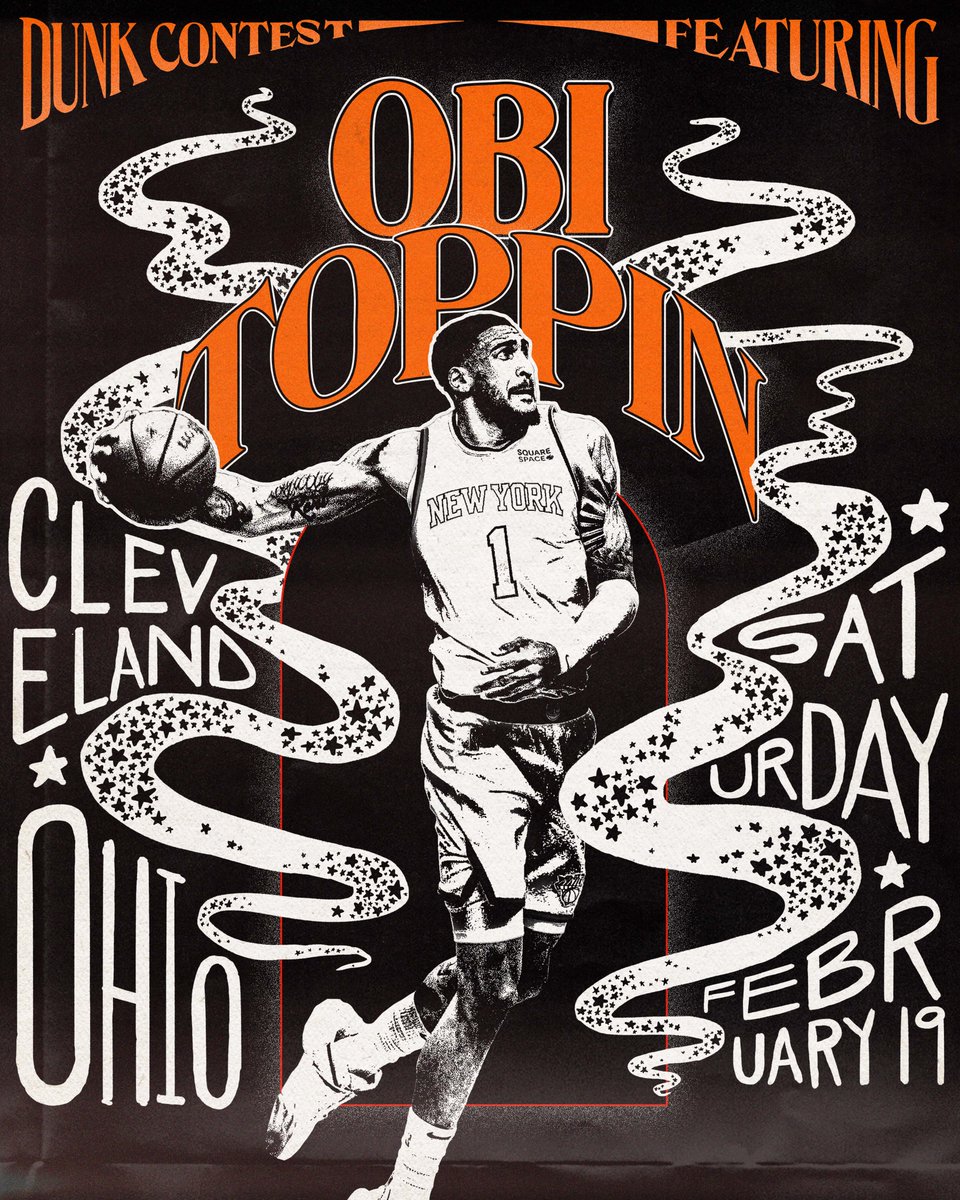 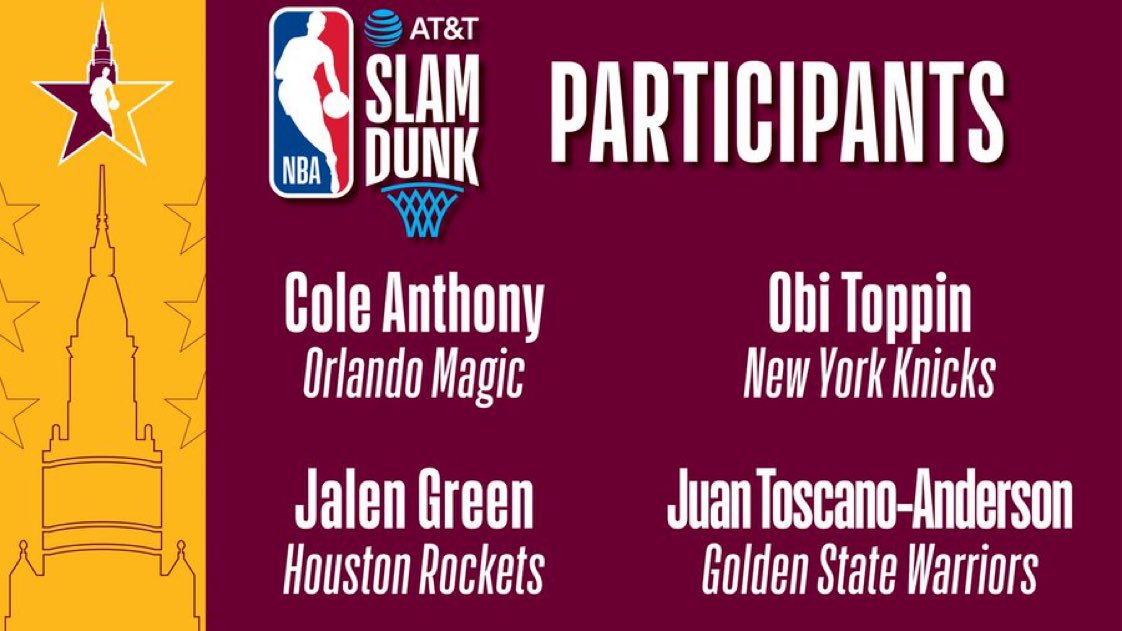 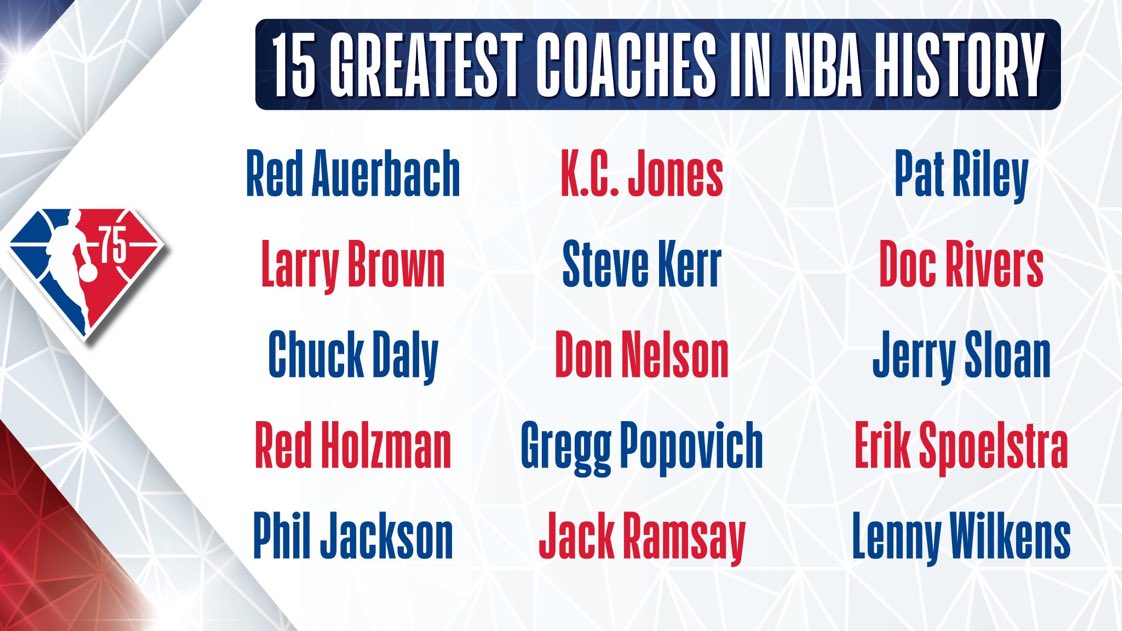 Marc Berman @NYPost_Berman
Nuggets HC Mike Malone acknowledges Knicks will be “thin” up front. “With no Nerlens and Mitchell, yes, we look to establish Nikola early anyways but it will be even more of a heightened awareness knowing they’re thin.” – 7:23 PM

Vinny Benedetto @VBenedetto
Highlights from Michael Malone’s pregame media availability:
– The Nuggets coach would like to see DeMarcus Cousins return to the team at some point, but roster flexibility ahead of Thursday’s trade deadline seemed to be the priority.
– Austin Rivers will not play tonight. – 7:23 PM

Michael Singer @msinger
Austin Rivers (hip) is out tonight, per Malone. Said they haven’t talked about shutting him down before the All-Star break. – 7:23 PM

Sean Grande @SeanGrandePBP
Although it feels like a lot more, tonight will be only the 3rd time the Nets will be without all of their Big 3 (Durant, Harden, Irving).
They lost by 7 to Orlando here December 18, and by 6 to Denver here January 26. – 6:59 PM

Tom Orsborn @tom_orsborn
In a Zoom presser tonight, Dejounte Murray served notice that he’s going to have some fun on the court on Feb. 20:
“I’m from Seattle. We are built for this. It’s all we do. Trust me…If you know about Seattle and the New York players, these are the games we are built for.” – 6:35 PM

Ryan Blackburn @NBABlackburn
The Nuggets have not signed DeMarcus Cousins yet. He is not on the roster for tonight’s game against the New York Knicks.
It can of course change going forward, but it will be very interesting to see how the Nuggets handle backup center. They’ve been rumored to want an upgrade. – 5:39 PM

Duvalier Johnson @DuvalierJohnson
Live-look at Nuggets fans that have held TIGHT to the Bradley Beal to Denver news for AWHILE now. pic.twitter.com/NkGicAsrmZ – 5:01 PM

Tommy Beer @TommyBeer
Assuming the Beal injury eliminates the Wizards from playoff contention, the final two spots in the play-in tournament may come down to Hornets, Wizards and Knicks.
Knicks currently trail 9th-place Charlotte by 3.5 games and the 10-seed Hawks by 1.5 games pic.twitter.com/b7tdw6C5dQ – 4:58 PM

StatMuse @statmuse
Points from post ups this season:
1. Joel Embiid, 377 points
2. Nikola Jokic, 235 points
The gap between Embiid and 2nd place is bigger than the gap between 2nd and 23rd. pic.twitter.com/8ABQb1xdPU – 4:55 PM 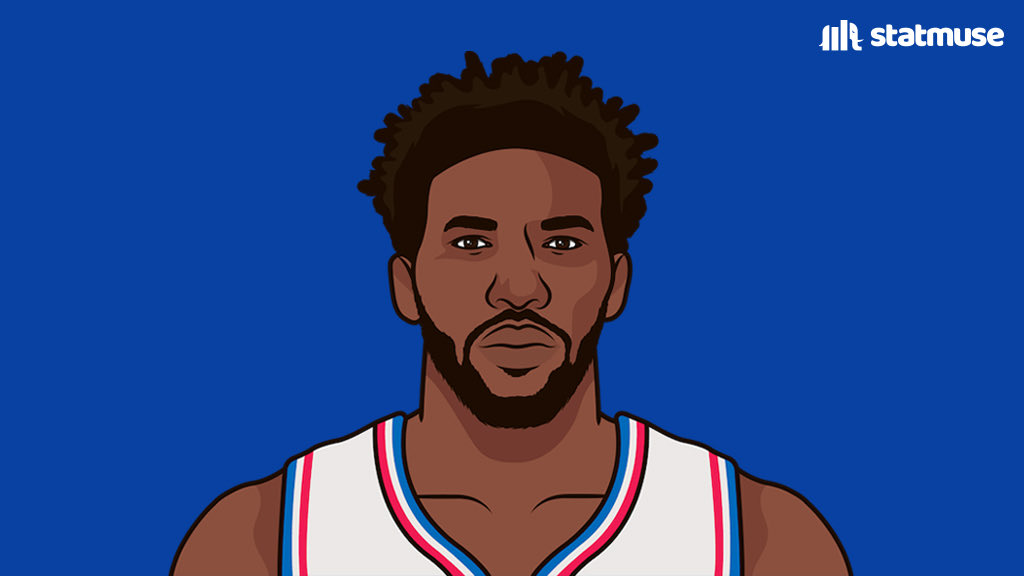 Marc Berman @NYPost_Berman
As #Kings remake their team, Harrison Barnes is for sale. And #Knicks have inquired as Fox falls off market #NBA nypost.com/2022/02/08/nba… – 4:40 PM

Mark Medina @MarkG_Medina
As always, @Shaun Powell with a quality read. This time on Julius Randle’s ups and downs with the Knicks this season on.nba.com/3rBsVi4 – 4:34 PM

Ryan Blackburn @NBABlackburn
I do think there’s a realistic chance that the Nuggets seriously pursue Gary Harris on the buyout market if it comes to that. About as realistic of a fit as any. – 4:31 PM

Barry Jackson @flasportsbuzz
NEW: A look at what Hurricanes are getting with their new coordinators Gattis and Steele: notes, nuggets, metrics, quotes, more: miamiherald.com/sports/spt-col… – 4:24 PM

Ryan Blackburn @NBABlackburn
I just had a dream that the Nuggets made a trade that was detailed down to the panic of missing it, Instagram stories, and the Slack chat assignments. Folks, I need help. – 3:53 PM

Kristian Winfield @Krisplashed
Eric Adams on NYC vax mandate: “We have to adhere to what we put out. … if the rules of you being employed means vaccinated and you’re not, that is a decision you’re making not a decision we’re making as a city. I say don’t quit on New York. Take your vaccine and booster shot.” – 3:48 PM

Anthony Slater @anthonyVslater
Klay Thompson will miss tomorrow’s game in Utah. He will play at home on Thursday against the Knicks. Warriors still won’t play him on both nights of a back-to-back. – 3:48 PM

Kendra Andrews @kendra__andrews
Klay Thompson will not play tomorrow against Utah, but he will be active against New York on Thursday.
Otto Porter Jr. will play in one of the two games, but Kerr hasn’t decided which game. – 3:48 PM

Connor Letourneau @Con_Chron
Klay Thompson will sit tomorrow, play vs. New York. Otto Porter Jr. will sit the back to back. – 3:48 PM

Marc Berman @NYPost_Berman
Mitchell Robinson (back) and Nerlens Noel (knee) out. Robinson after game was hobbling in hallway walking to a room with trainer in Utah. – 3:24 PM

Denver Nuggets @nuggets
We continue our celebration of #BlackHistoryMonth by highlighting our next locally black-owned business, @caahealth.
#Blackownedbusiness pic.twitter.com/Cz437O9xER – 3:12 PM 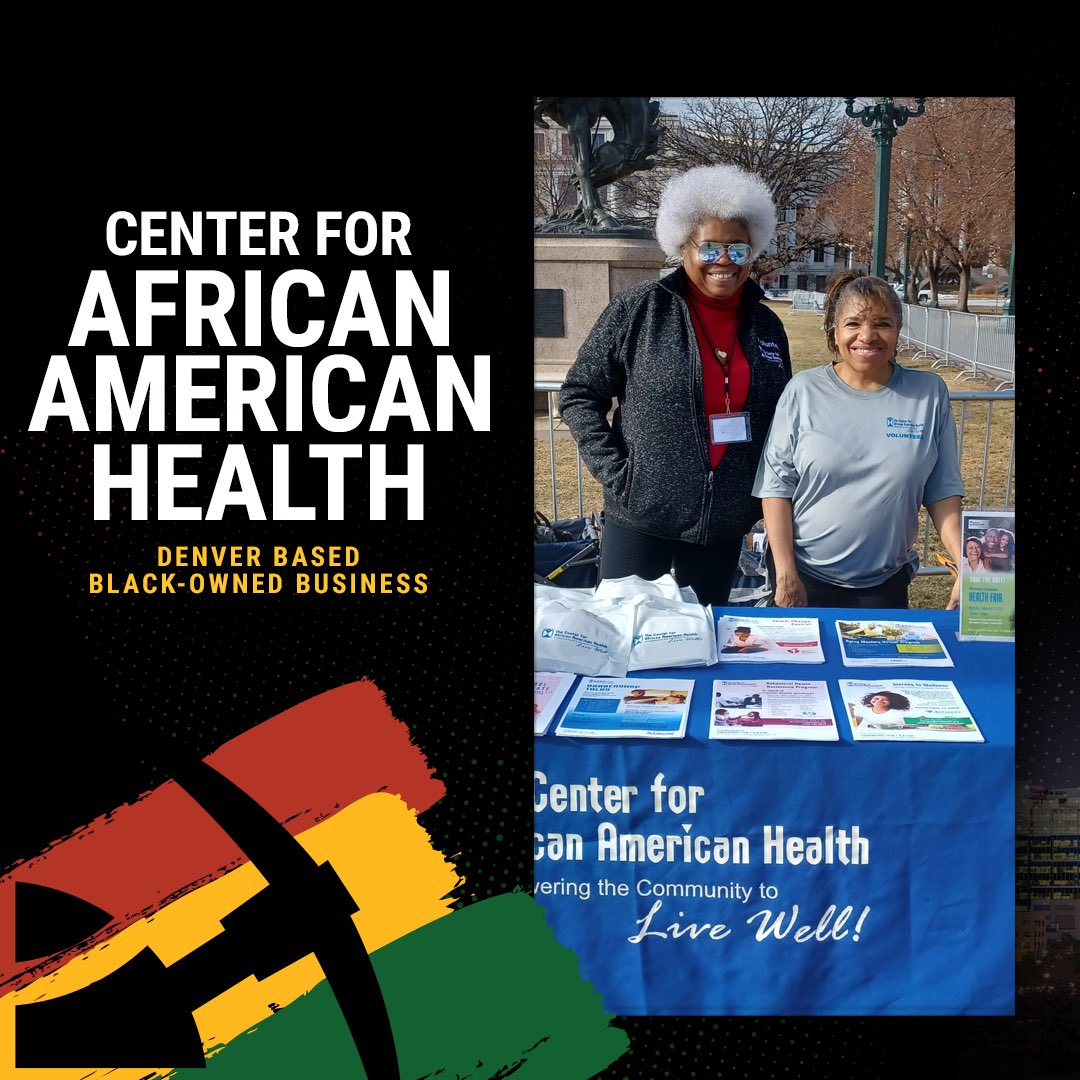 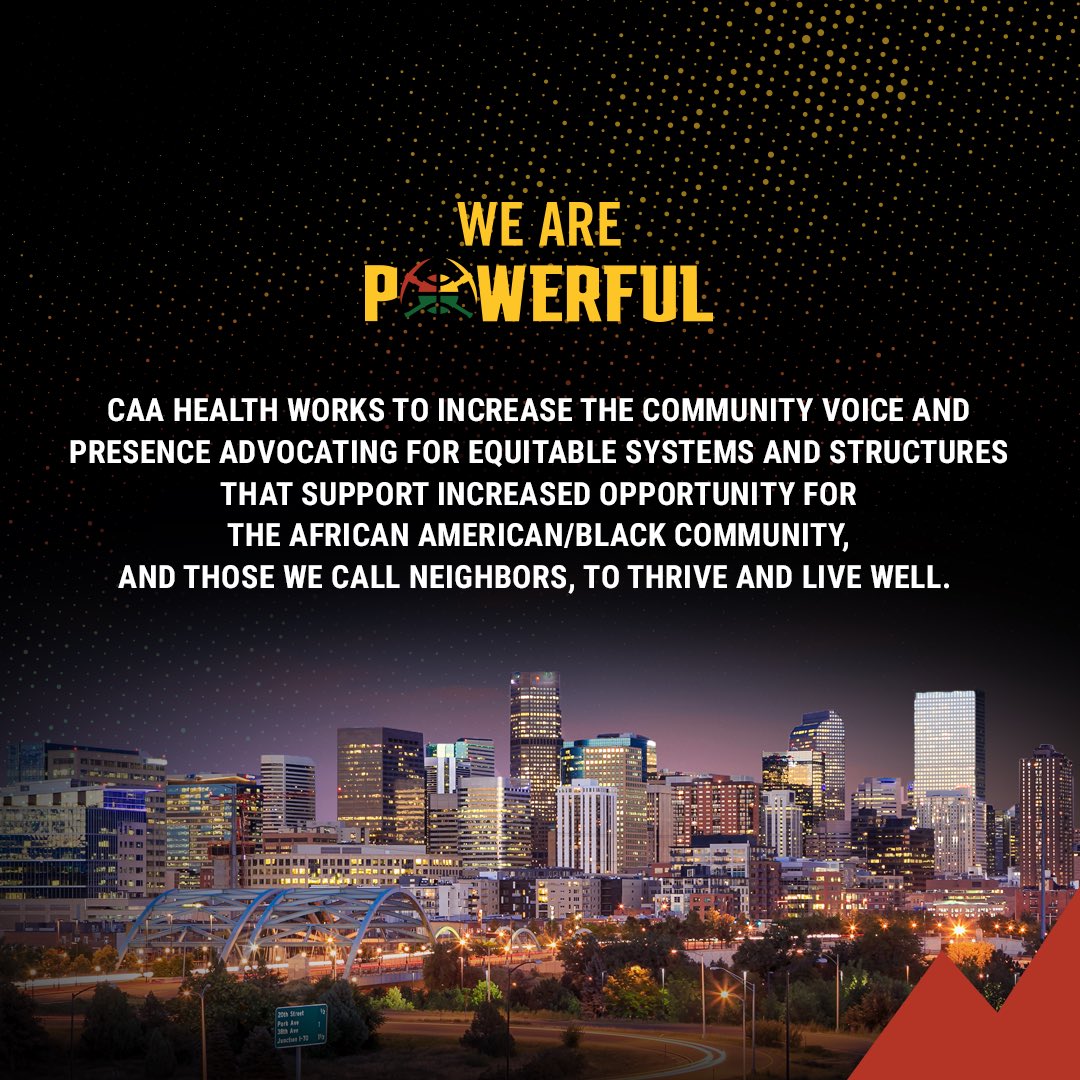