Bobby Manning @RealBobManning
Brown drives past Ball for a slam and the Celtics are on the board after a Brown 3PT miss and Tatum TOV. – 1:12 PM 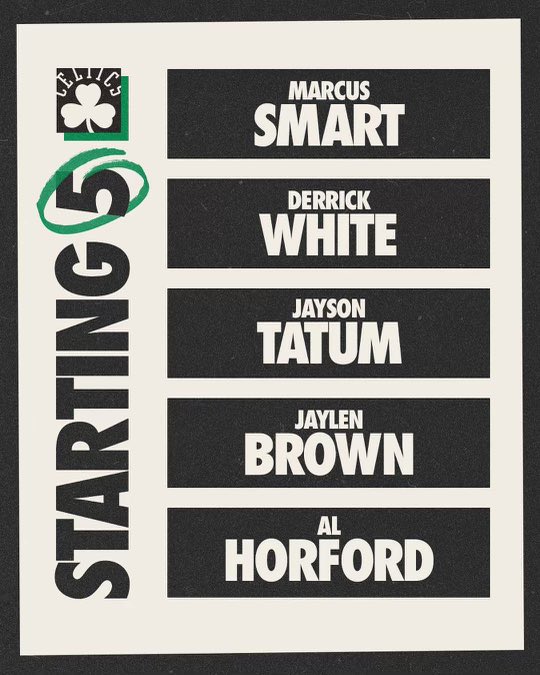 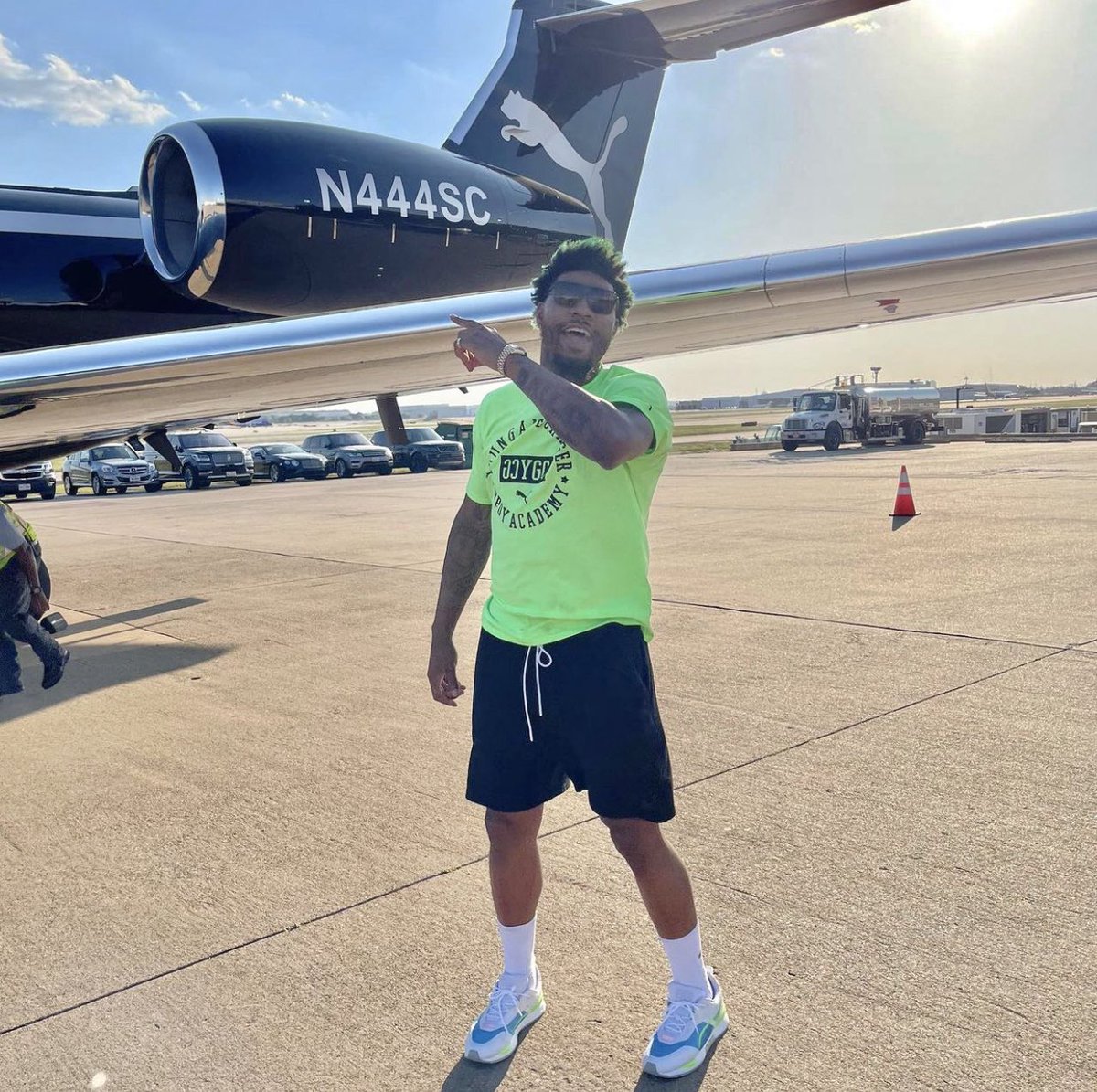 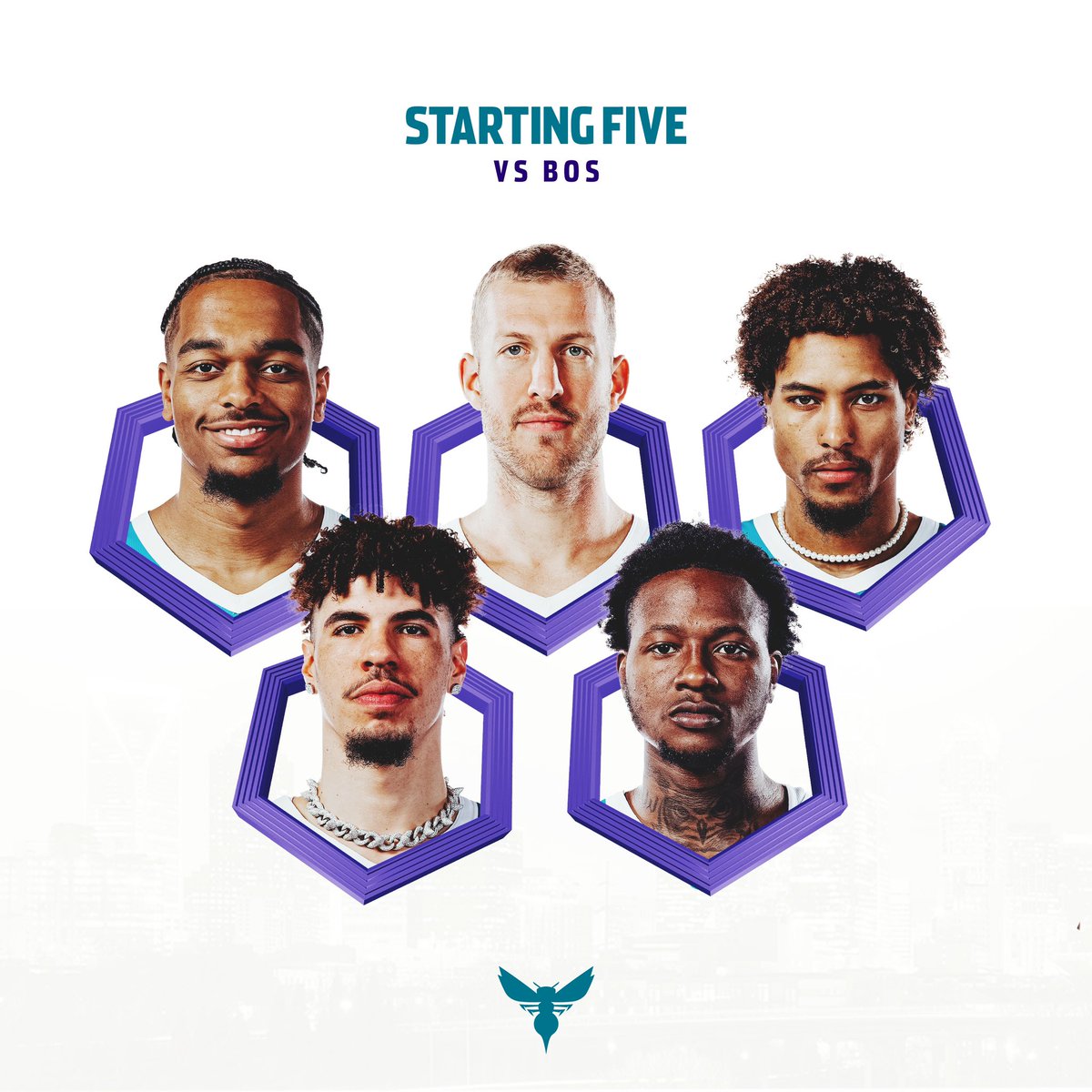 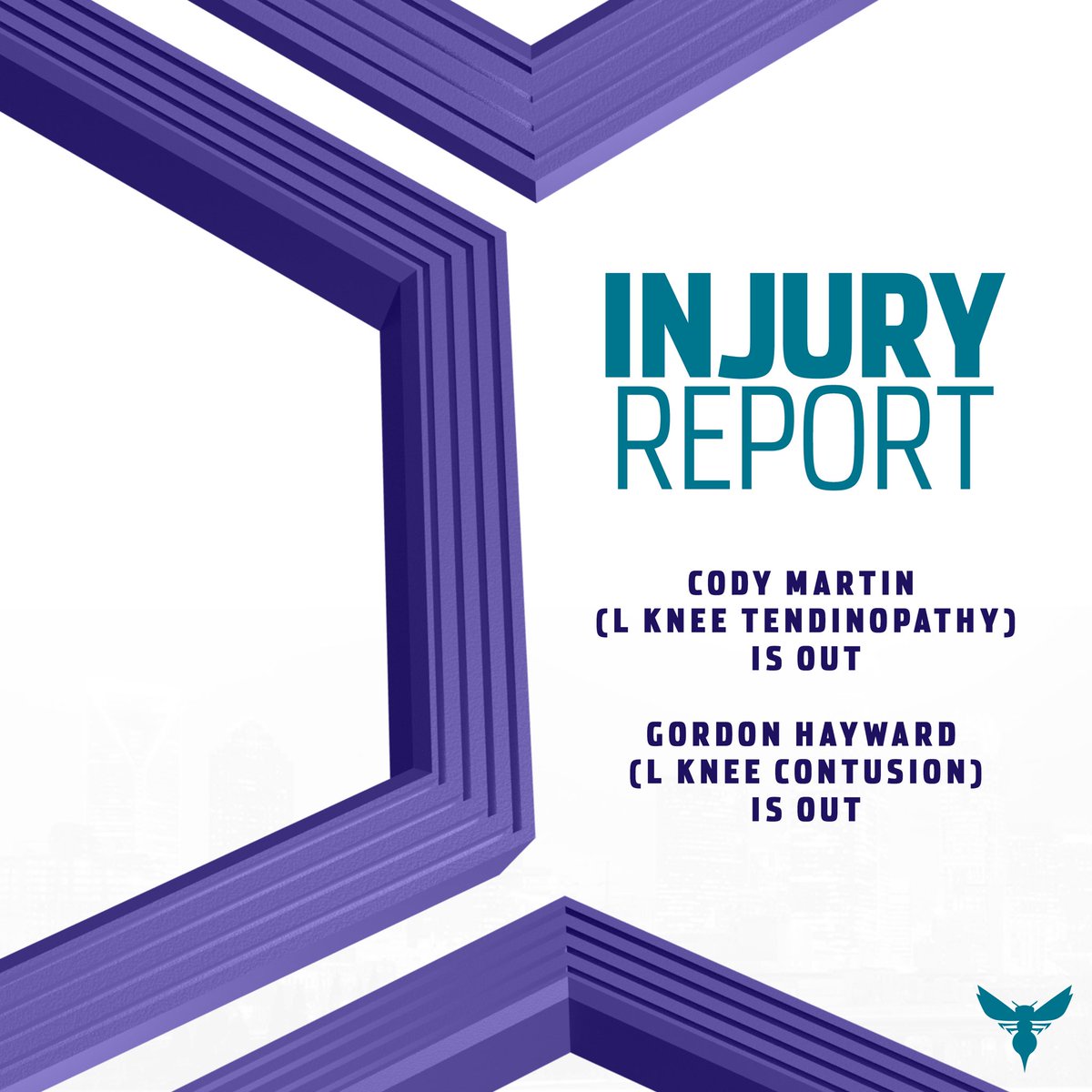 Bobby Manning @RealBobManning
Just caught up with Luke Kornet who said the swelling’s already down in his left ankle and he’s day-to-day. He turned it at practice on Thursday and is able to move around now. Said it was disappointing with the potential he could’ve been in the mix to start preseason games. – 12:00 PM

John Karalis @John_Karalis
Grant Williams working on shooting without dipping the ball. Trying to speed up that release pic.twitter.com/AK9MMnbZmI – 11:44 AM

Bobby Manning @RealBobManning
No Cody Martin (knee) or Gordon Hayward (knee) for the Hornets. – 11:33 AM

Sean Grande @SeanGrandePBP
No Gordon Hayward today for Charlotte…
…for the game with the Celtics at the Garden….
…this is the big game of the day, right? – 11:32 AM

Adam Himmelsbach @AdamHimmelsbach
No Gordon Hayward for the Hornets today. – 11:31 AM

Marc Stein @TheSteinLine
The Hornets have just ruled out Gordon Hayward (left knee contusion) for today’s preseason game against Boston.
More NBA from me: marcstein.Substack.com – 11:31 AM

Rod Boone @rodboone
Gordon Hayward (left knee contusion) has been added to the injury report and is out for today’s game against the Celtics. – 11:30 AM

Marc J. Spears @MarcJSpears
Hornets say forward Gordon Hayward (Knee Contusion) has been added to the injury report and is out for todays game. – 11:29 AM 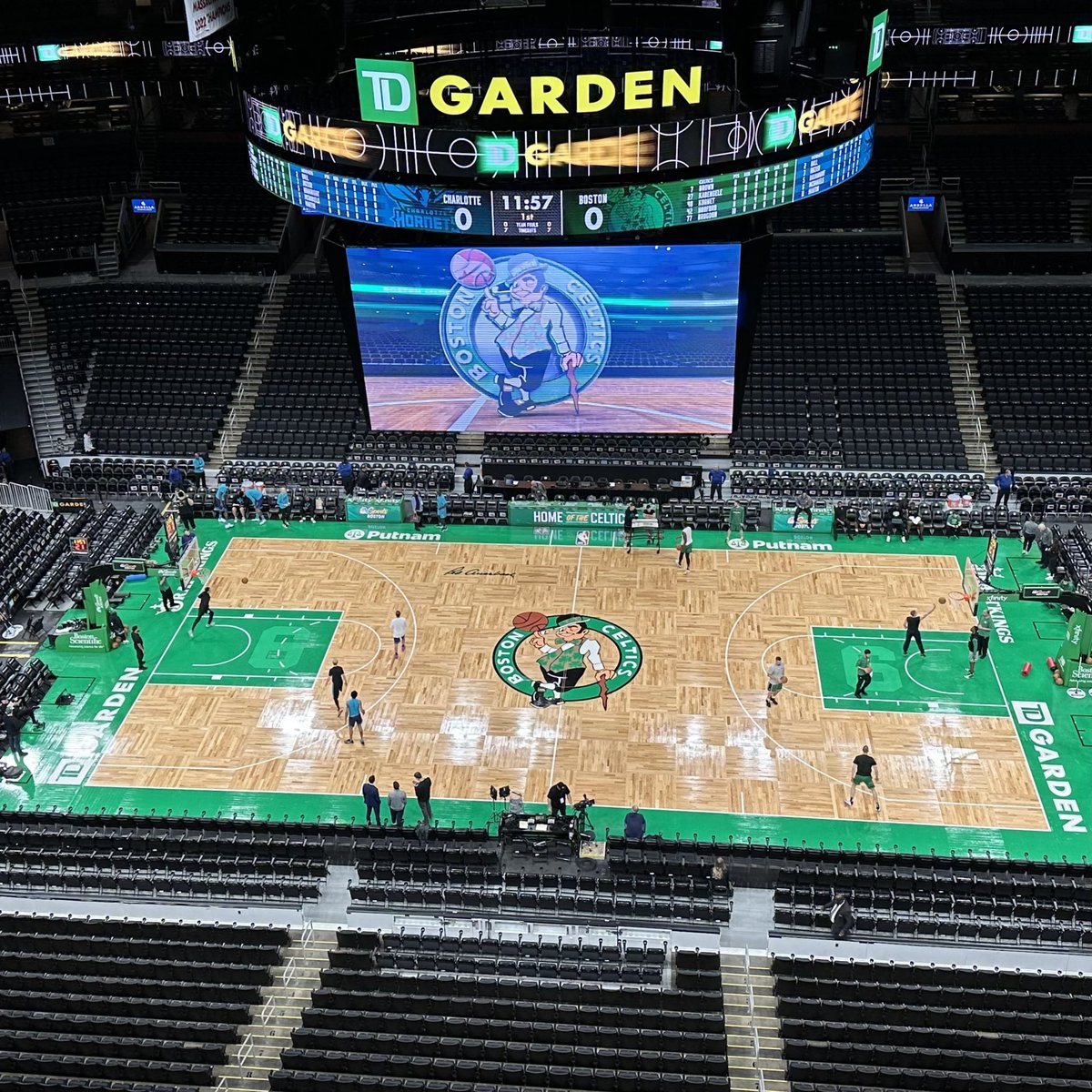 Bobby Manning @RealBobManning
Mazzulla doesn’t seem like the type of coach who’ll announce his starters pregame. Doesn’t have a minute projection for starters either. They’ll feel it out. Luke Kornet is out. – 11:26 AM

Keith Smith @KeithSmithNBA
With Blake Griffin being in the house, and wearing Celtics gear, I’m guessing the signing is now official, or will be soon. He won’t play this afternoon though. – 11:25 AM

John Karalis @John_Karalis
Joe Mazzulla says there’s no defined minutes limit for the starters. Says they’re looking to accomplish some things, and he’ll figure out how long to play guys based on how he and they feel.
Luke Kornet is out today – 11:19 AM

Boston Celtics @celtics
#NEBHInjuryReport Luke Kornet will not be available to play this afternoon. – 11:18 AM

Bobby Manning @RealBobManning
Celtics worked with more traditional defense in early practices, Mfiondu Kabengele told me this week. Teamed up with @AdamTaylorNBA to preview what Boston’s scheme could look like, at least for the preseason @CelticsBlog https://t.co/gnVtmdELRC pic.twitter.com/4g7DdAmYR2 – 11:03 AM 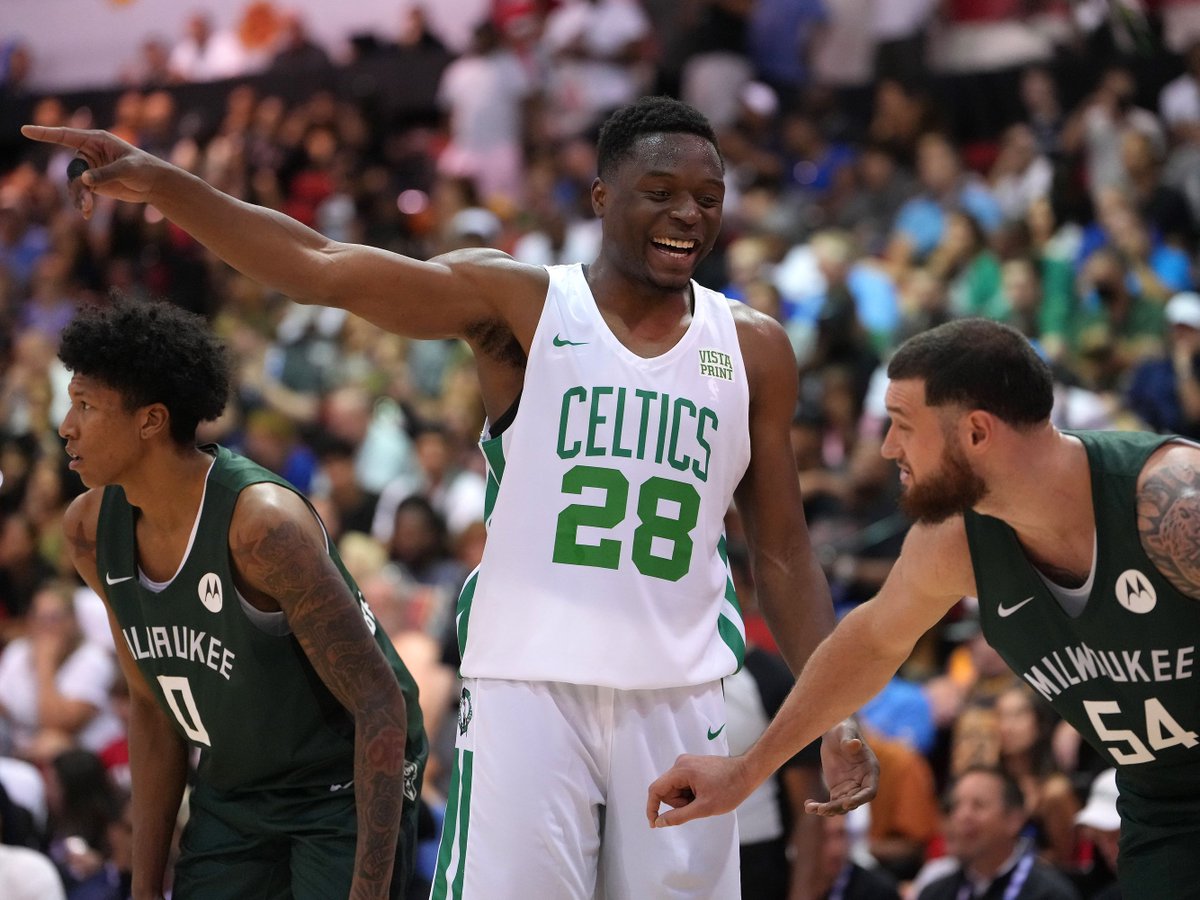 Bobby Manning @RealBobManning
2 stops from the Garden. #Celtics games are back! Follow along w/ the preseason opener vs. the #Hornets @CelticsCLNS. Tip off 1PM & we’ll be live on Post Game after – 10:53 AM

Charlotte Hornets @hornets
Study up for the first test of the preseason 📝 pic.twitter.com/g3DiqjD0E7 – 10:40 AM 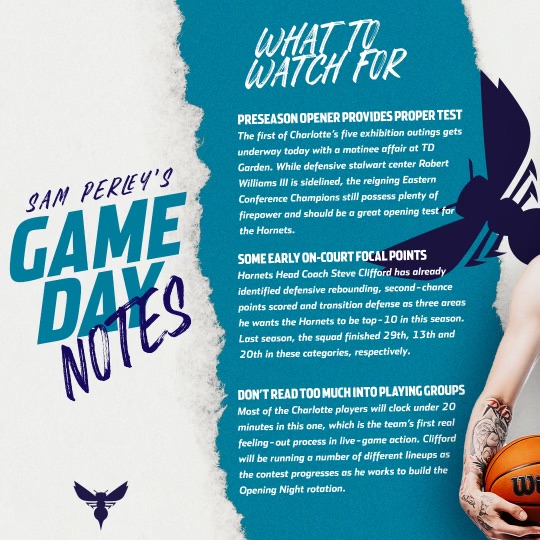 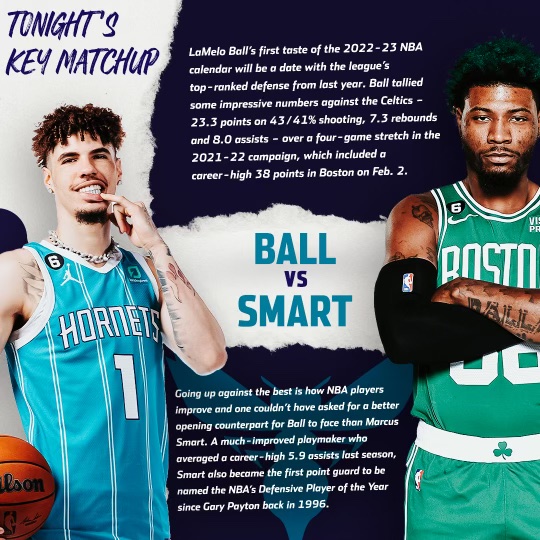 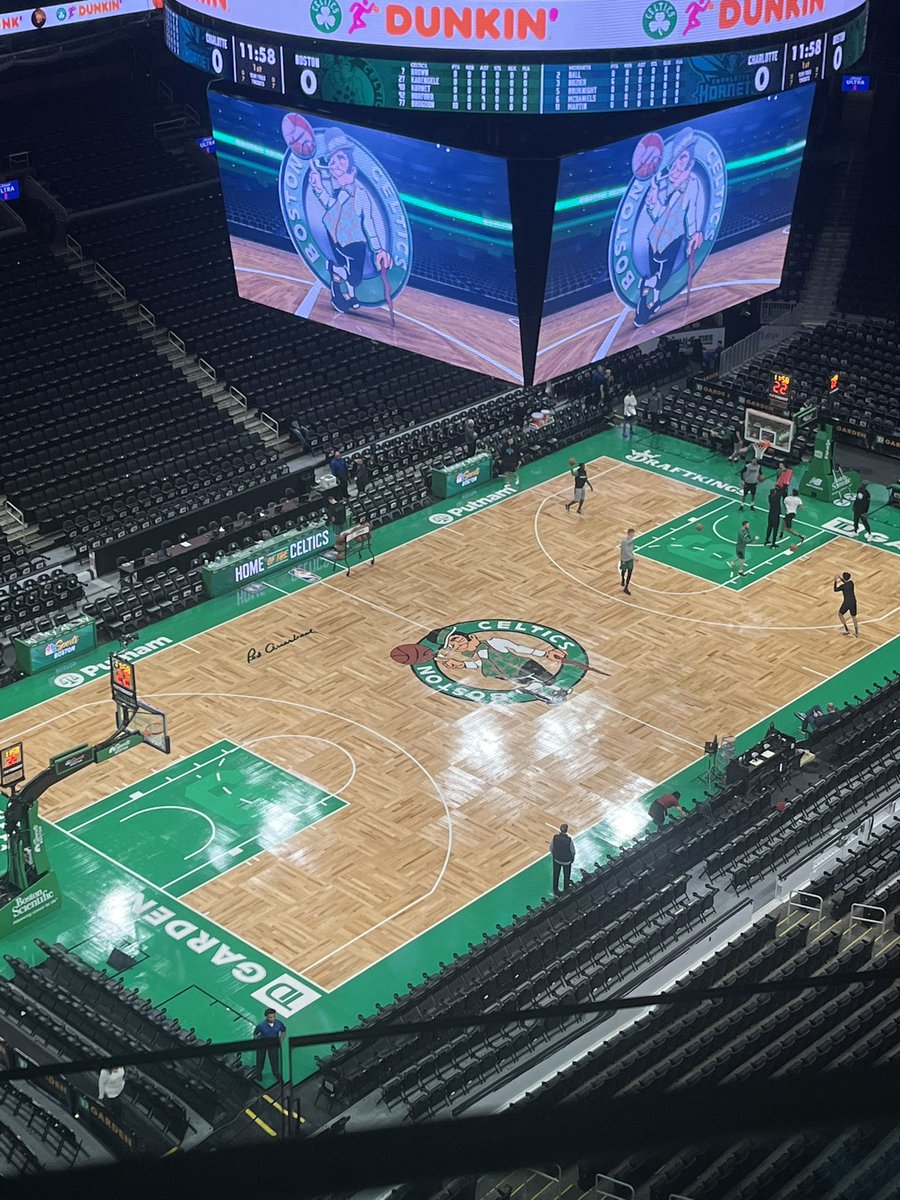 Keith Smith @KeithSmithNBA
Since many have asked: Takeaways will be back on @celticsblog this season! Starting with today, we’ll have Takeaways after each game Boston plays. The goal this year is to get them up quicker, so that you aren’t having to wait until mid-morning the next day. – 10:24 AM

Charlotte Hornets @hornets
We’ve been waiting to say this… IT’S GAME DAY. See you at 1pm 💥 pic.twitter.com/QGVpmGf5j1 – 9:00 AM 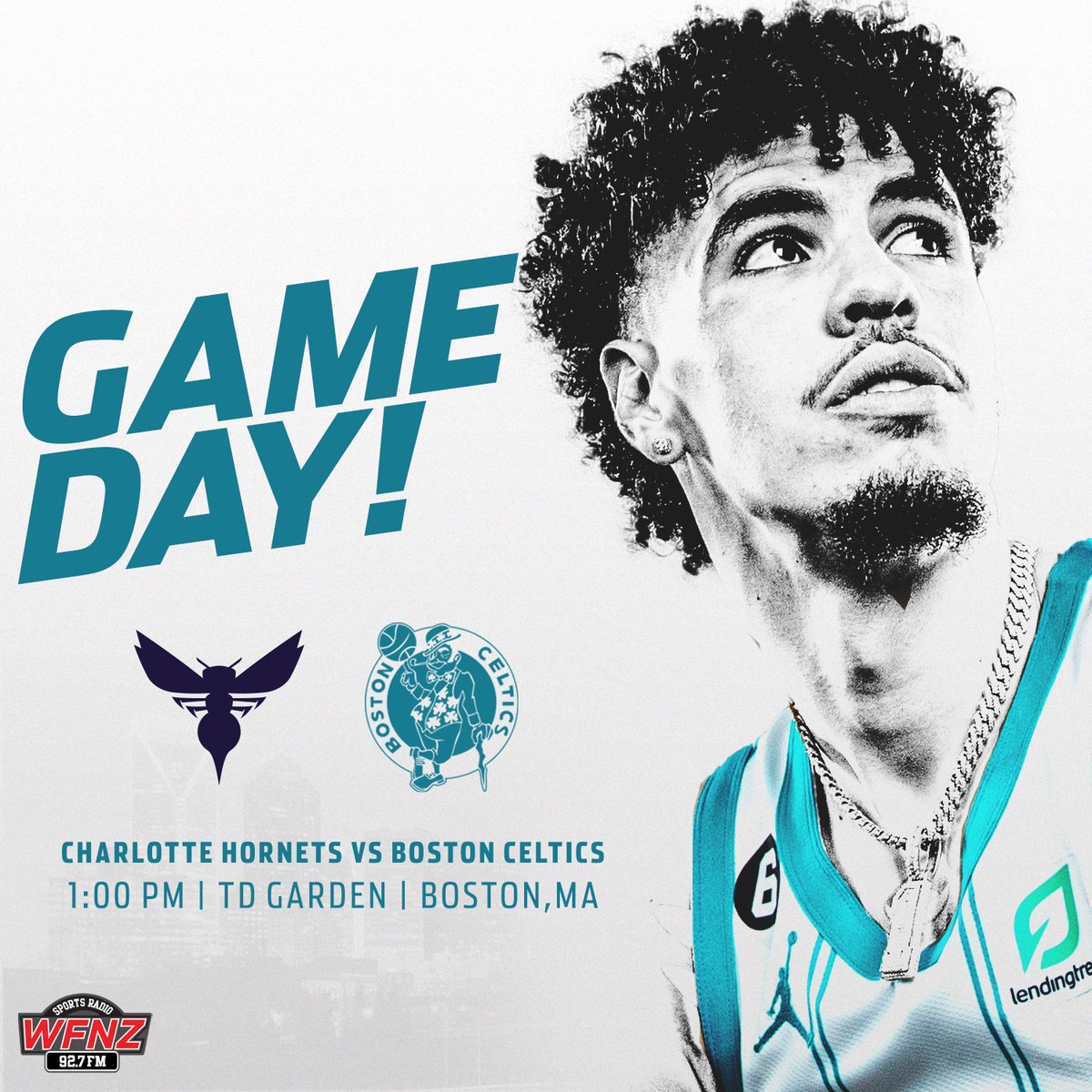 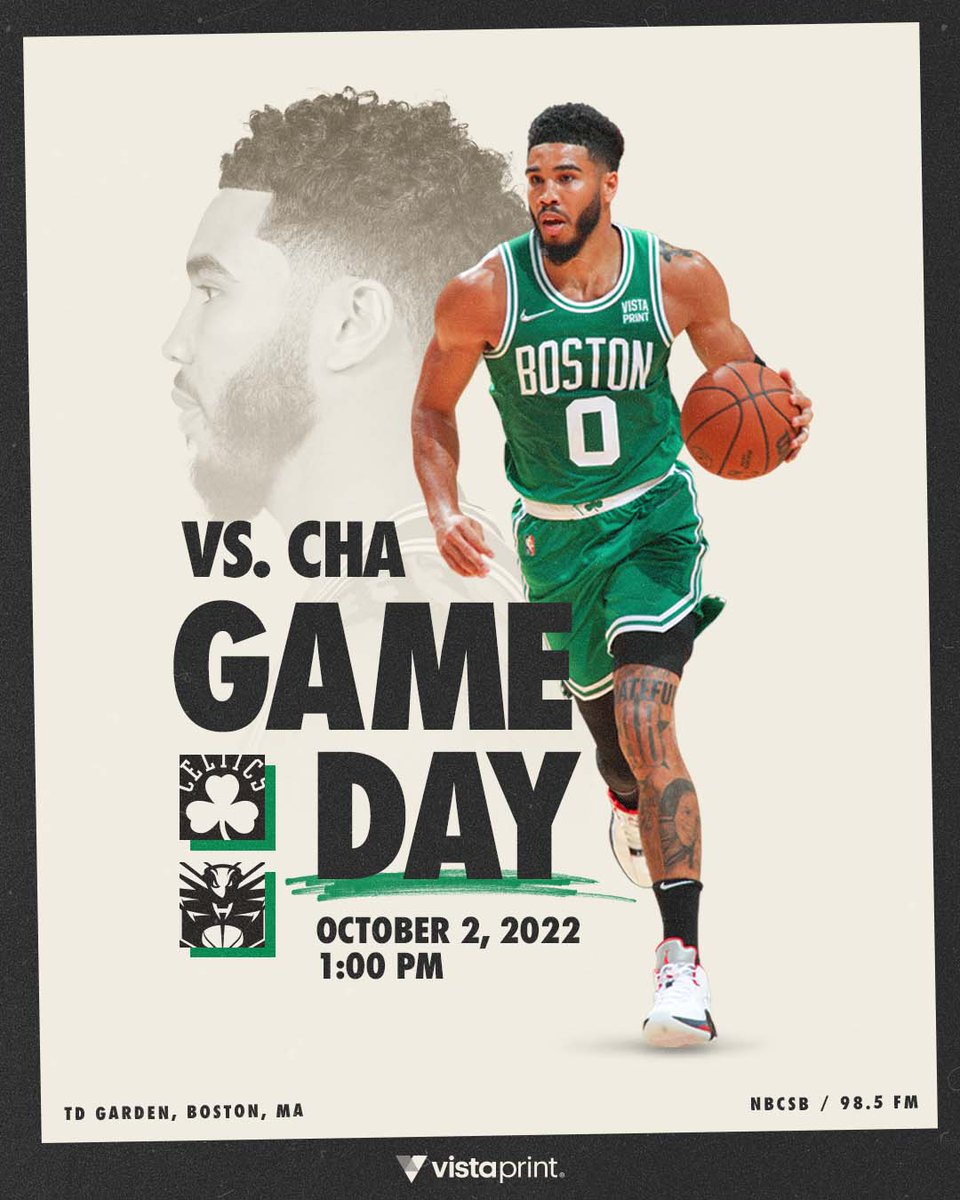 76ers’ offseason additions have been underwhelming; can they find rhythm before season goes from bad to worse?