Eric Koreen @ekoreen
Without VanVleet + Siakam, the Raptors have scored 2 points in 3:21. At least they’ve allowed the Hawks into the penalty, as well. – 8:13 PM

Doug Smith @SmithRaps
Some rather awful Raptors offence at the moment – 8:13 PM

Michael Grange @michaelgrange
Hawks should trade the Raptors some of their bench mob so Raptors have can have one. – 8:09 PM

Michael Grange @michaelgrange
39-28 Toronto over Atlanta after 1Q. Raptors are an offensive juggernaut. Or it could be the Hawks D. – 8:06 PM

Sam Vecenie @Sam_Vecenie
I really can’t recommend watching Pascal Siakam enough right now. He’s just an absolute monster. He made second-team All-NBA in 2020, and I legit think that his last six weeks are better than any run he had in that season. – 8:05 PM

Vivek Jacob @vivekmjacob
Pascal’s got 17 and going to the line for 2 more with 2:40 remaining in the first quarter. Absolutely having his way with Atlanta’s bigs.
(His career high is 44) – 7:58 PM

Josh Lewenberg @JLew1050
Both teams are in the 2nd night of a back-to-back. The Raptors are coming off an OT game, the Hawks a big win over the 1st-place Suns… So, naturally, they’re shooting a combined 15-for-22 to start. Don’t these guys ever get tired? – 7:49 PM

Aaron Rose @AaronBenRose
Scottie Barnes was taken one pick ahead of Cade Cunningham and three ahead of Jalen Green in the Rising Stars draft pic.twitter.com/xuzNXQspfF – 7:47 PM 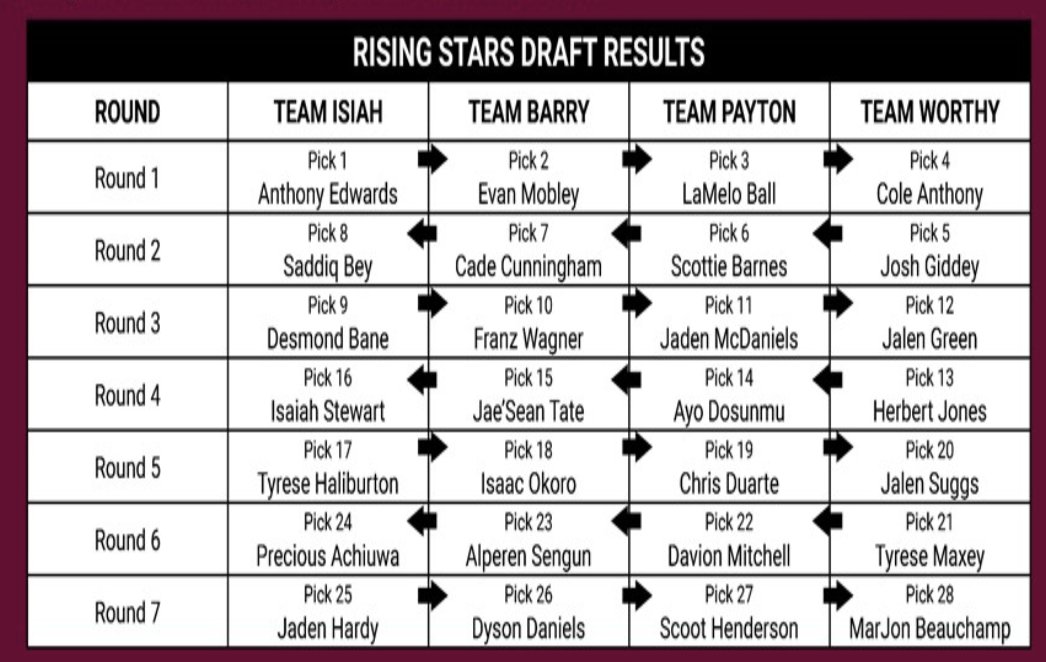 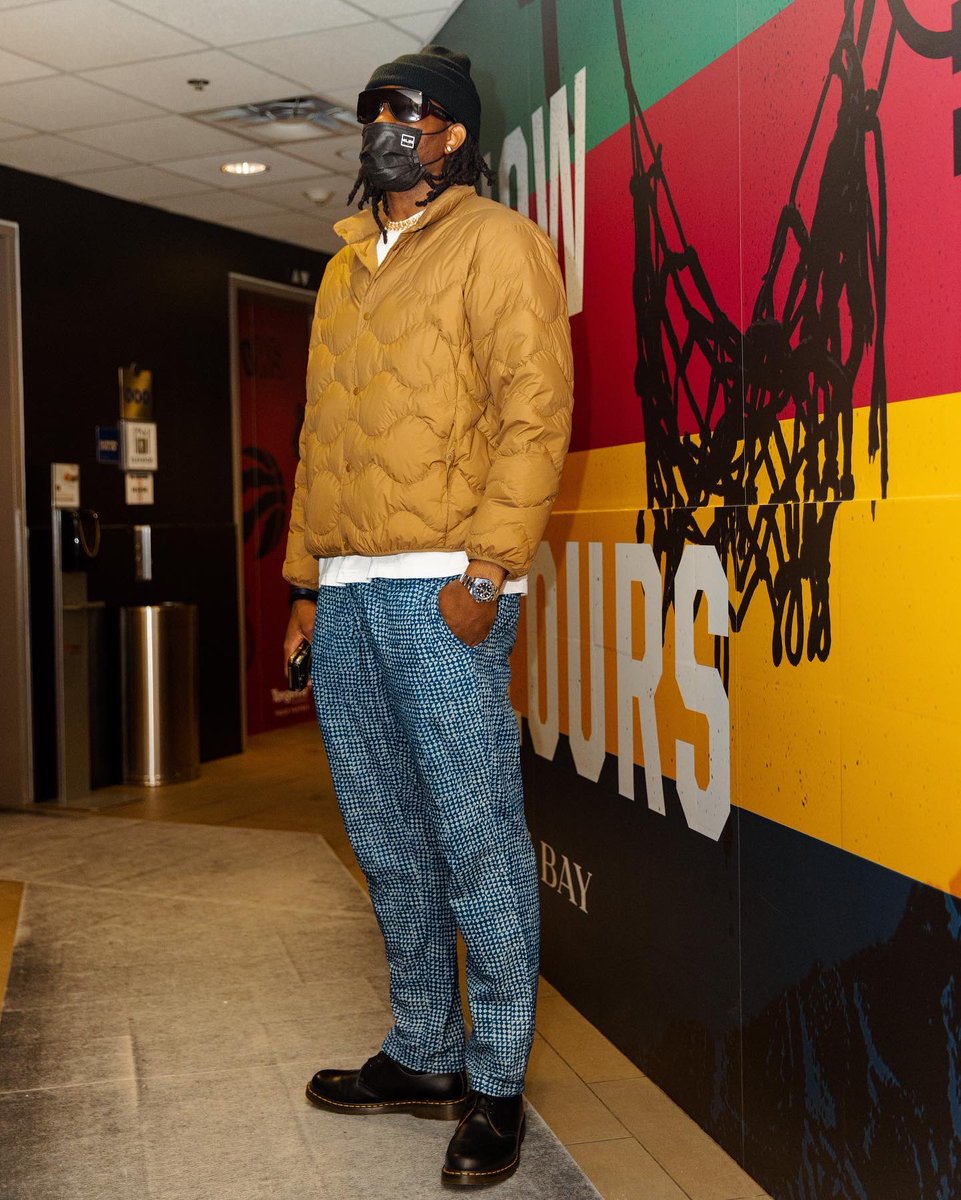 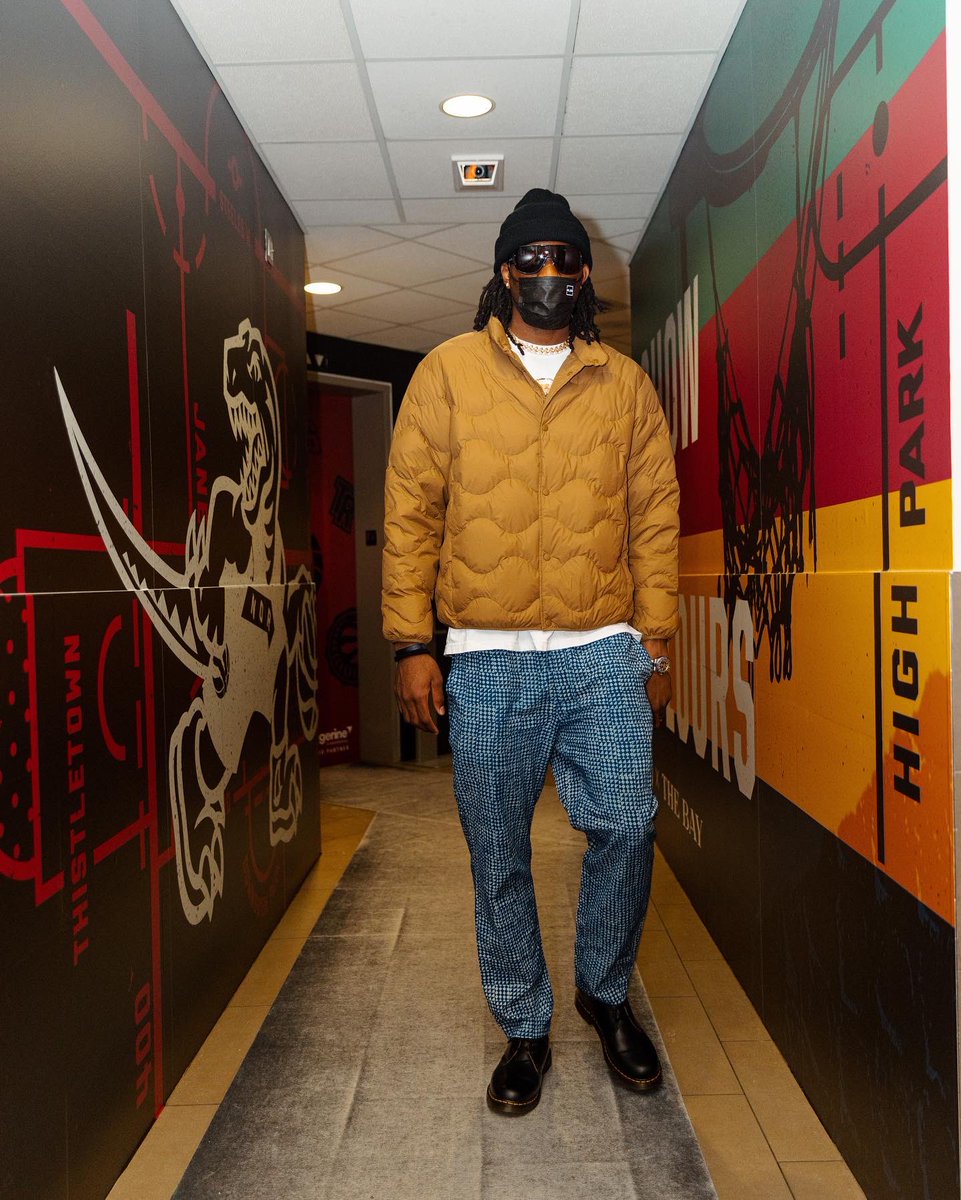 Eric Koreen @ekoreen
Collins is in and starts for Hawks, along with Young, Huerter, Capela and Hunter.
Usuals for Raps. – 7:12 PM 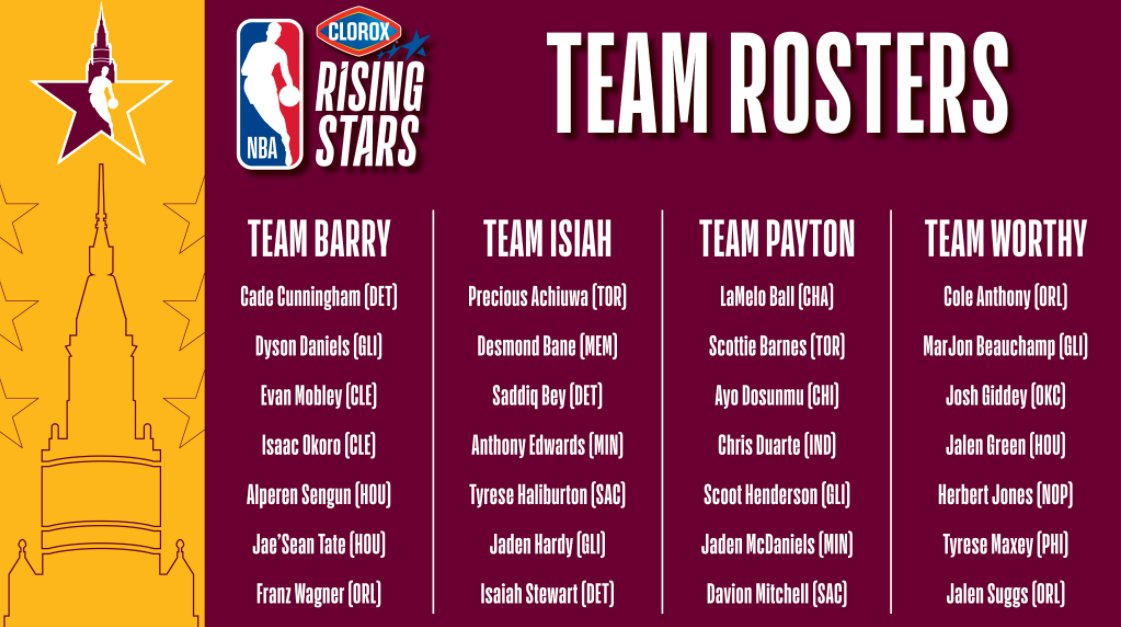 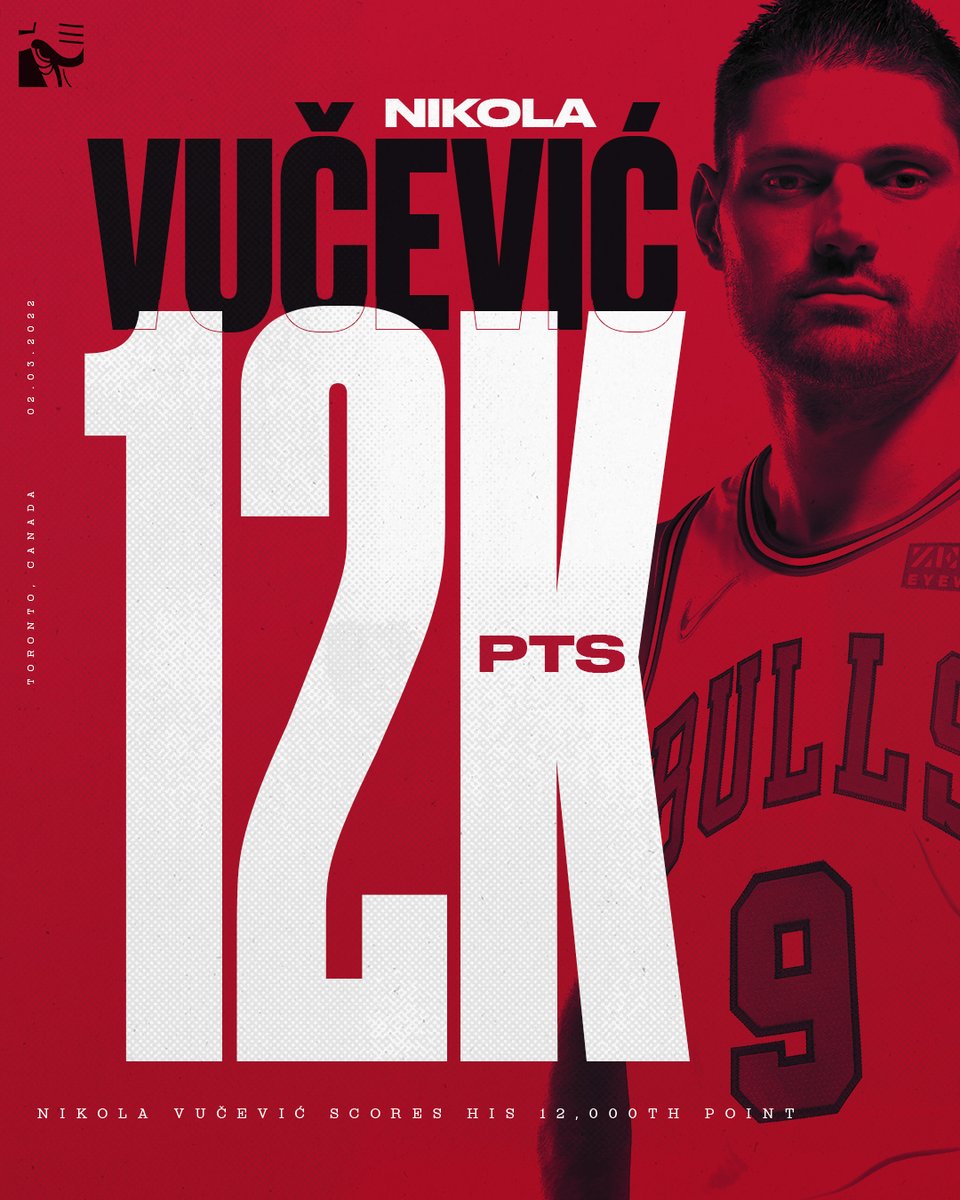 Chris Kirschner @ChrisKirschner
Nate McMillan didn’t give any indication on what the front court rotation will look like with Danilo Gallinari out for tonight’s game. – 6:08 PM

Eric Koreen @ekoreen
Gary Trent Jr. and Scottie Barnes will both play vs. Atlanta on Friday. They were both banged up a little late in Thursday’s game vs. Chicago. – 5:54 PM

Josh Lewenberg @JLew1050
Scottie Barnes and Gary Trent are both good to go vs Atlanta tonight after getting banged up late in last night’s OT win. – 5:51 PM

Scott Agness @ScottAgness
Tonight in Indy, Bulls are completing a challenging week with four games in fives days … including a Toronto/Indiana back-to-back where they lost in OT last night.
Bulls got to their hotel around 3:30am. – 5:35 PM 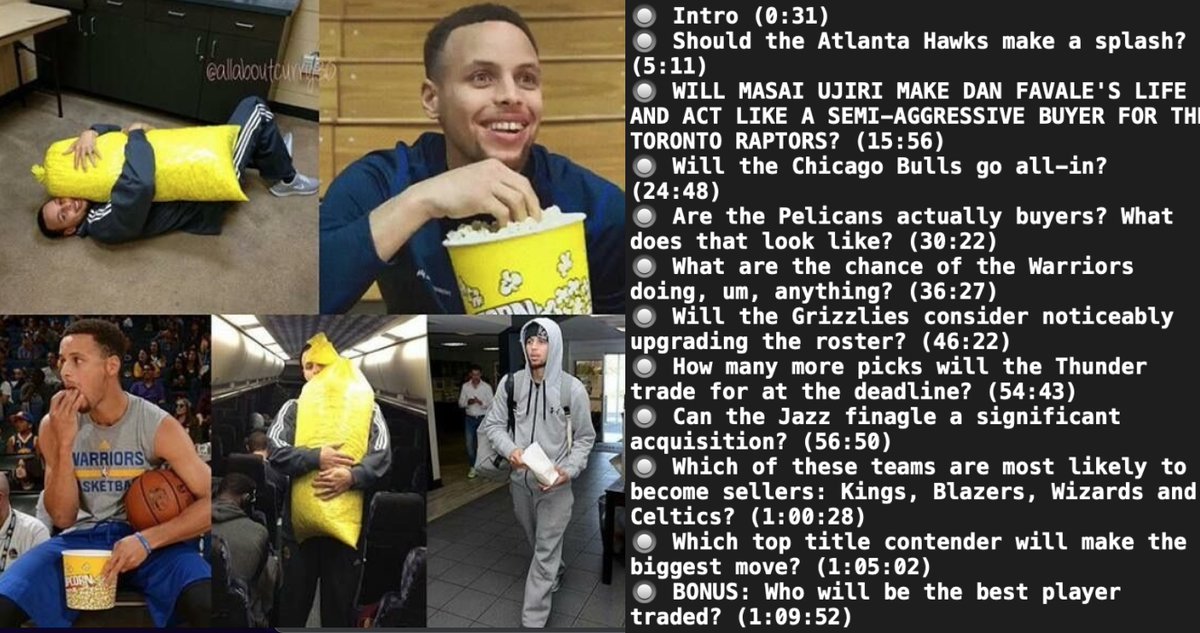 Jeremy Woo @JeremyWoo
Back at OTE Arena in Atlanta for another set of games tonight. Have gotten a good feel for the talent and the setup this week. Looking forward to continuing to track these guys’ progress – players are definitely making strides here. pic.twitter.com/e6eYkZLzDs – 5:14 PM 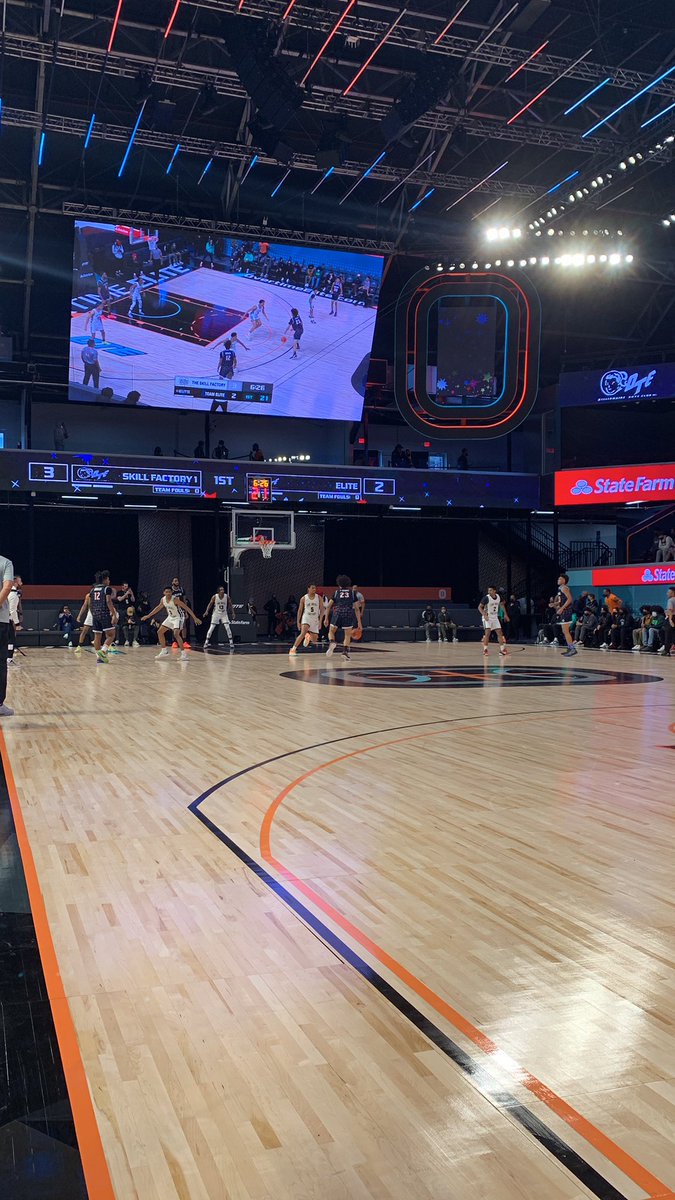 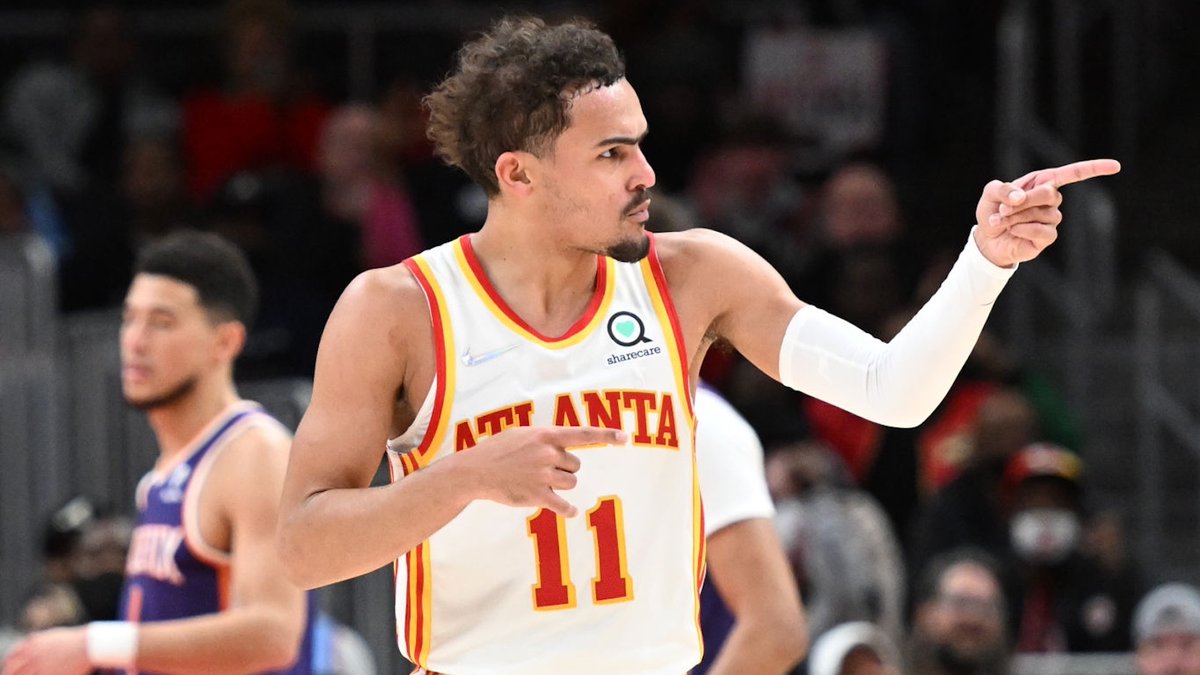 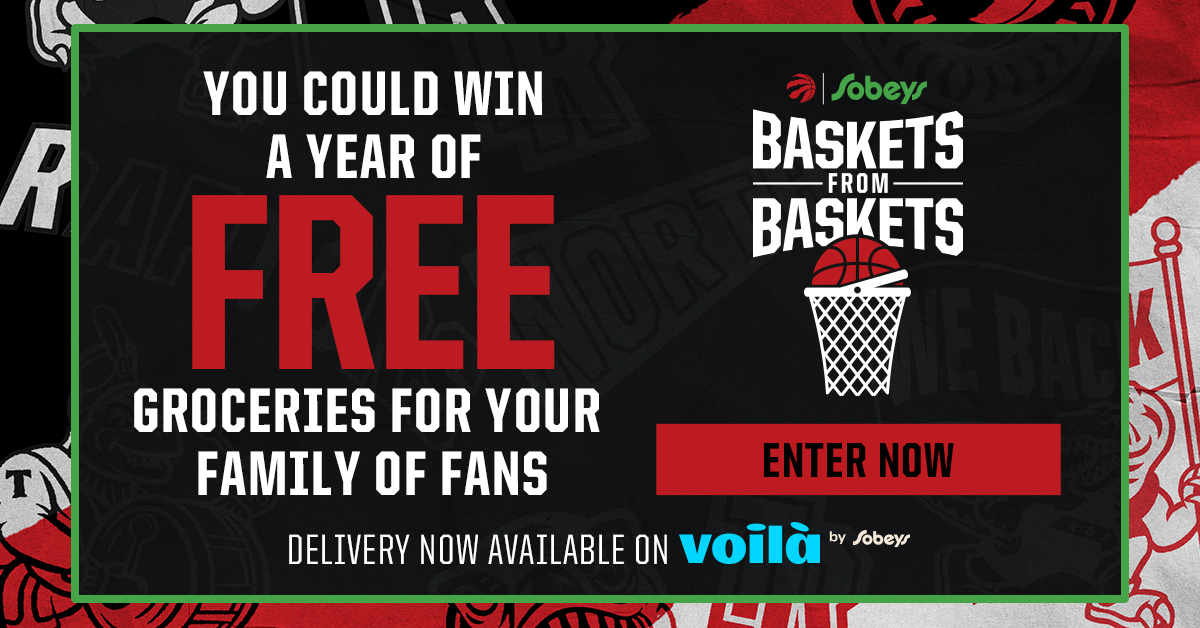 Chris Kirschner @ChrisKirschner
The Atlanta Hawks have been most engaged with the 76ers in recent weeks, according to sources. The sides have discussed a framework around John Collins, Bogdan Bogdanovic and draft compensation, those sources have said.
More from Shams 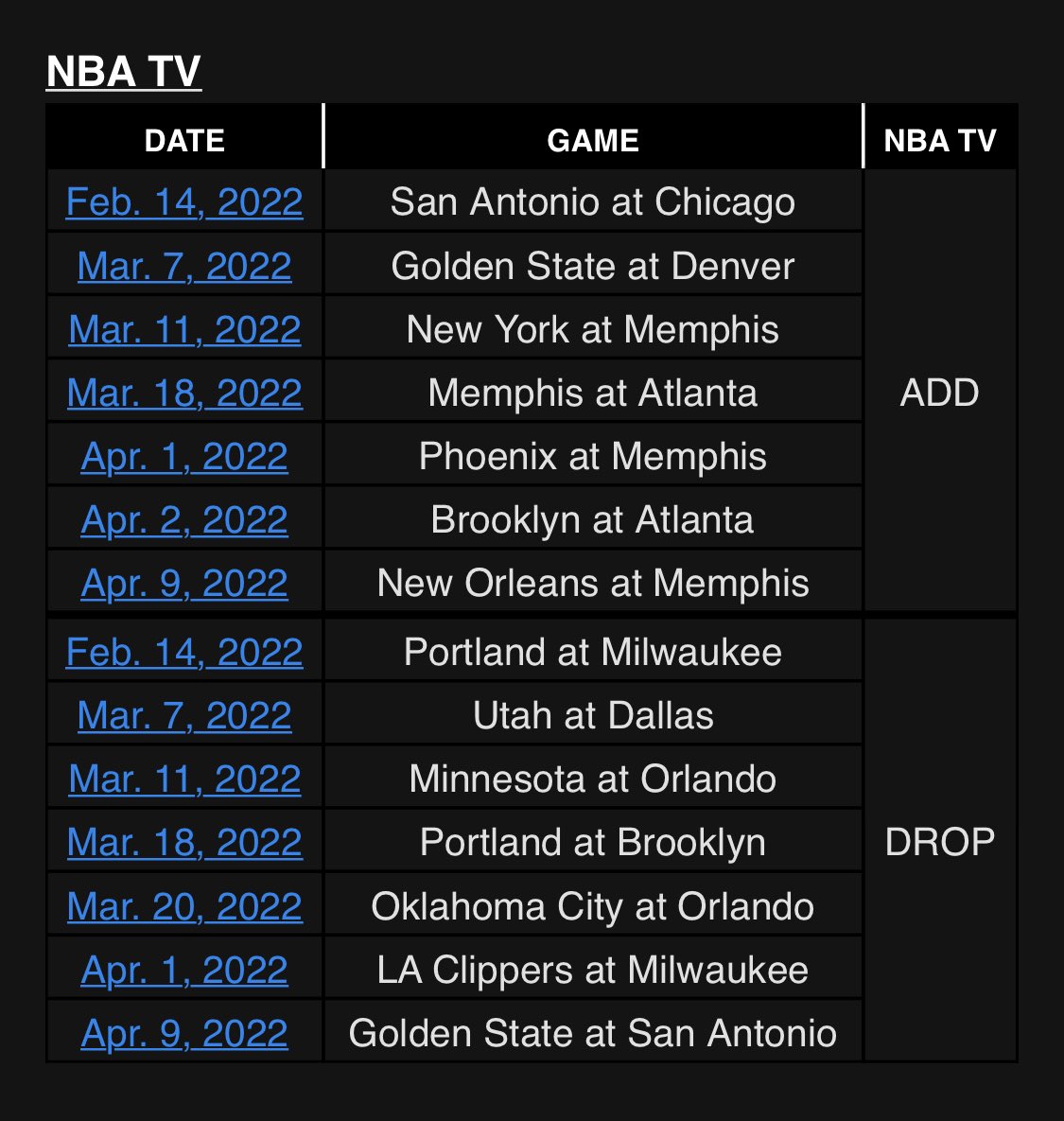 Brian Lewis @NYPost_Lewis
The #Nets’ Friday March 18 game vs. the #Trailblazers has been dropped by #NBA TV, but Brooklyn’s April 2 tilt at the #Hawks will be picked up. – 4:05 PM

Tony Jones @Tjonesonthenba
There was nobody in Portland’s front office who said “you know? We gave up Gary Trent Jr. for Norman, maybe we shouldn’t give him away for this bag of potato chips”
Nobody said that? – 3:32 PM

Mike Richman @mikegrich
Not exactly how it works but — The Blazers turned two first round picks and Gary Trent Jr into Eric Bledsoe’s partially guaranteed contract, Justice Winslow, Keon Johnson and a 2025 second round pick. – 2:58 PM

Ryan Wolstat @WolstatSun
What an awful deal for Portland and terrible asset management (granted, in retrospect and management has changed). Meanwhile, Clippers trying to put the championship Raptors back together. Problem is Kawhi and Serge aren’t healthy. – 2:46 PM

StatMuse @statmuse
Gary Trent Jr is averaging a career high 18.1 points this season.
He’s put up 29.5 PPG and 50 3P% on 11.3 attempts in his last 6 games.
The Blazers could’ve just kept him last season. Instead now they have Eric Bledsoe. pic.twitter.com/YXyMDM4vJh – 2:41 PM 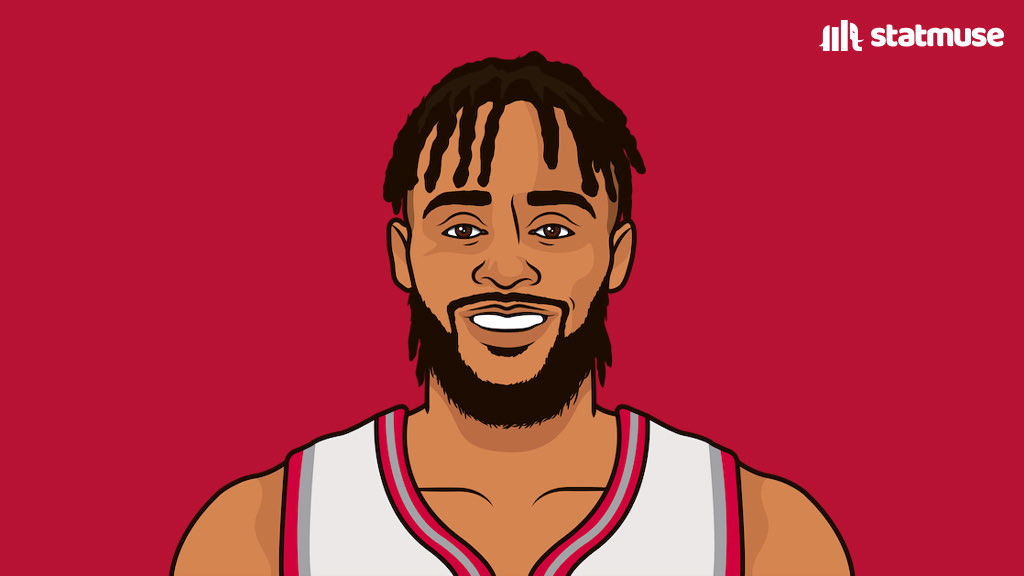 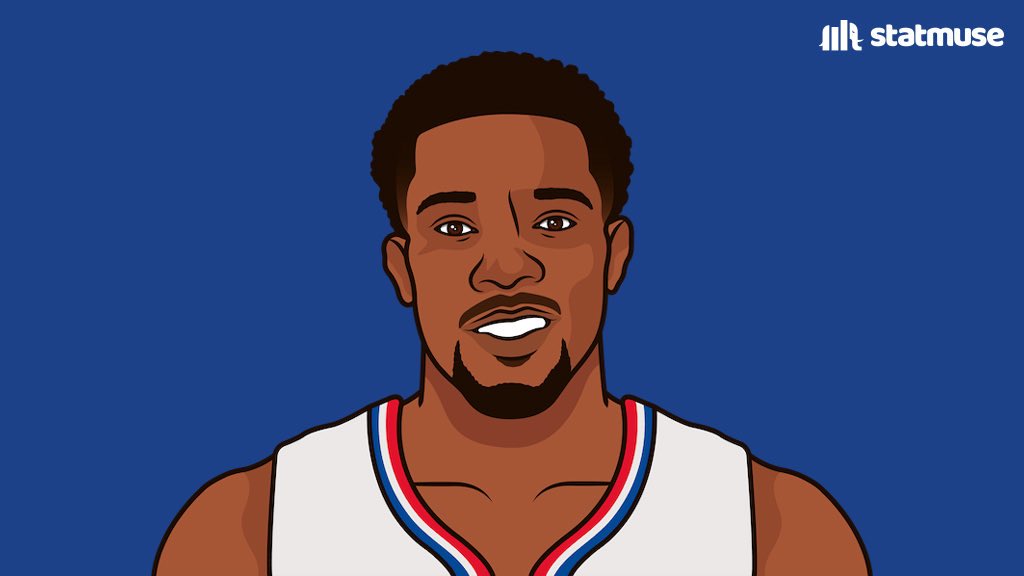 Chris Kirschner @ChrisKirschner
I am doing my yearly Hawks fan trade proposals story for Monday.
If you have trade proposals — big or small — send them here and I’ll choose the best ones to analyze.
I like this site the best for proposals: fanspo.com/nba/trade-mach… – 2:40 PM

Tommy Beer @TommyBeer
The Blazers traded two first-round picks and Trevor Ariza for Robert Covington.
The Blazers traded Gary Trent Jr. and Rodney Hood for Norman Powell.
And now all the Blazers have to show for those two trades is a Keon Johnson, J Winslow, a couple months of Eric Bledsoe.
Yikes – 2:38 PM 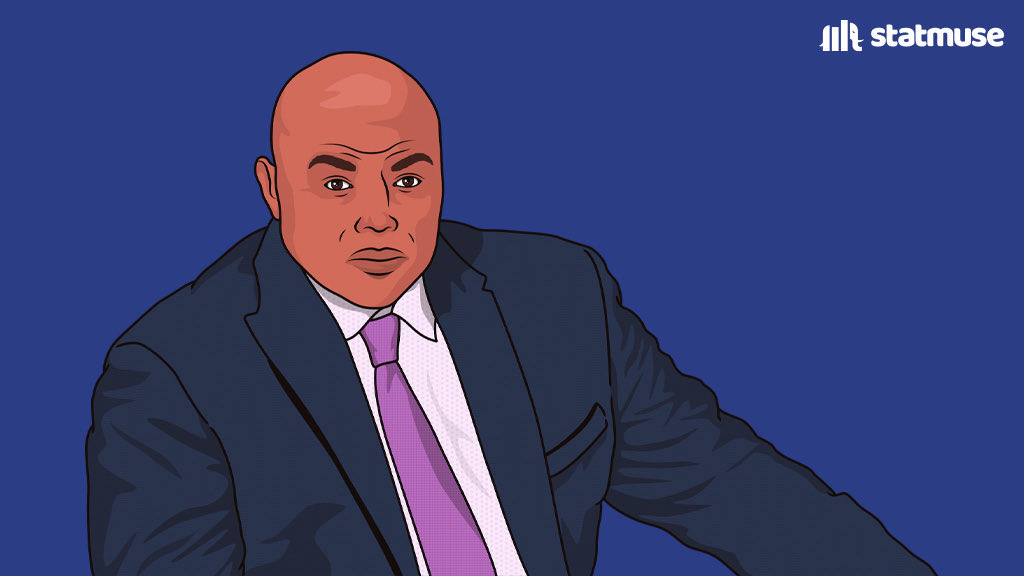 Kevin Chouinard @KLChouinard
Wrote about Trae’s gem last night and the season-long variety and intensity with which opponents have tried to hone in on him.
nba.com/hawks/trae-you… – 2:00 PM

Paul Garcia @PaulGarciaNBA
Last month Bleacher Report reported the Raptors & multiple teams were interested in Poeltl. The Spurs were seeking a strong return in a deal.
According to Marc Stein’s reporting, looks like that strong return is a 1st and a quality player.
CHI, TOR, numerous teams interested – 1:55 PM

Scott Agness @ScottAgness
Pacers have signed 6-8 forward Reggie Perry (@_R1bang_) to a 10-day contract via the hardship exception. Sabonis remains in protocols, though he’s expected to exit soon.
Playing for Raptors 905 in the G League, Perry averaged 18.7 points and 11 rebounds per game. – 1:45 PM

Mike Ganter @Mike_Ganter
John Collins (shoulder) and Lou Williams are questionable for tonight’s Raptors tilt. Danillo Gallineri is out. All Raps, save Dragic, are available. – 1:36 PM