Brady Hawk @BradyHawk305
Erik Spoelstra on Jimmy Butler’s late run:
“You can’t really describe what Jimmy is when he gets like that.” – 11:03 PM 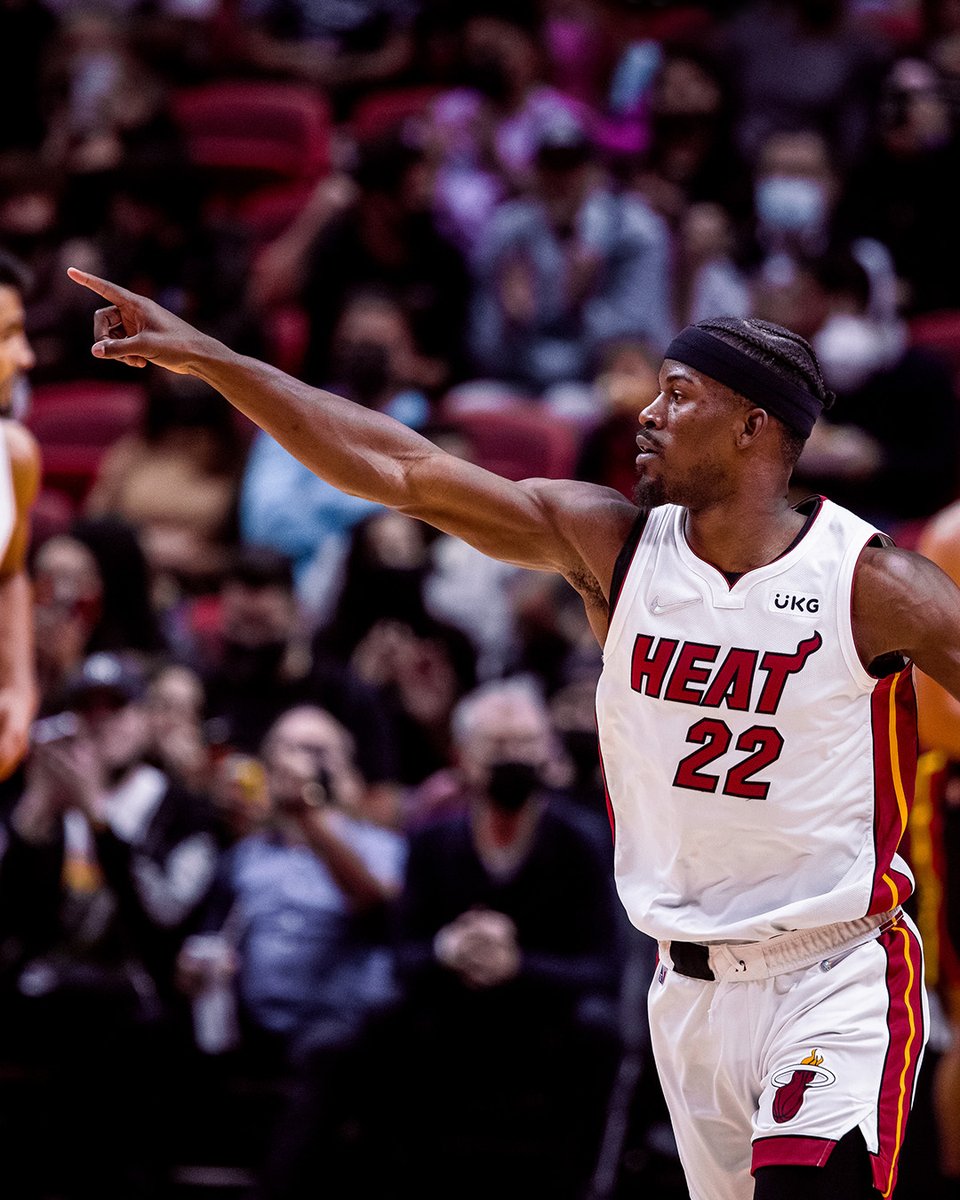 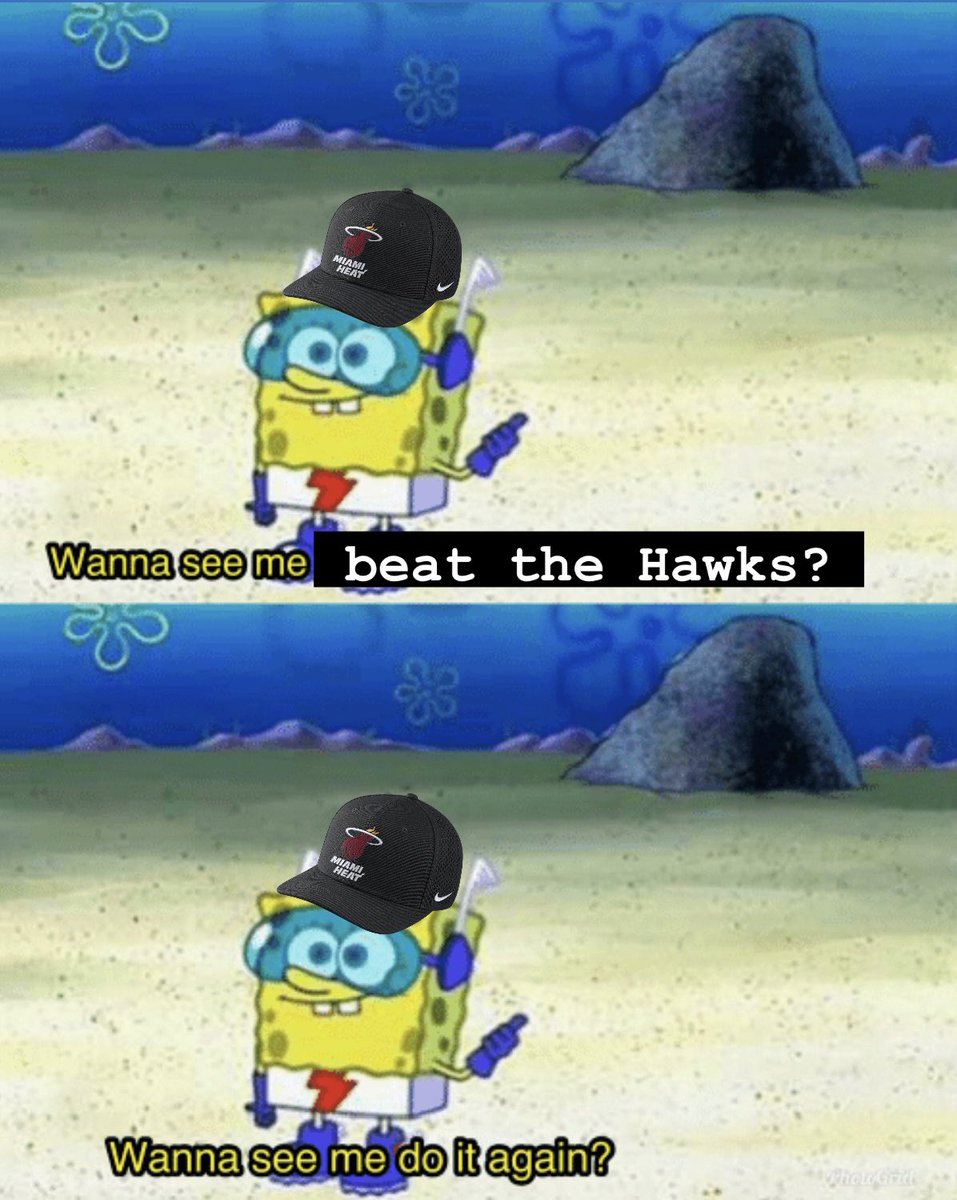 Surya Fernandez @SuryaHeatNBA
One of the more enjoyable Heat wins this season thanks to the defense down the stretch. Add Bam back to the mix and it’s going to be fun. – 10:46 PM 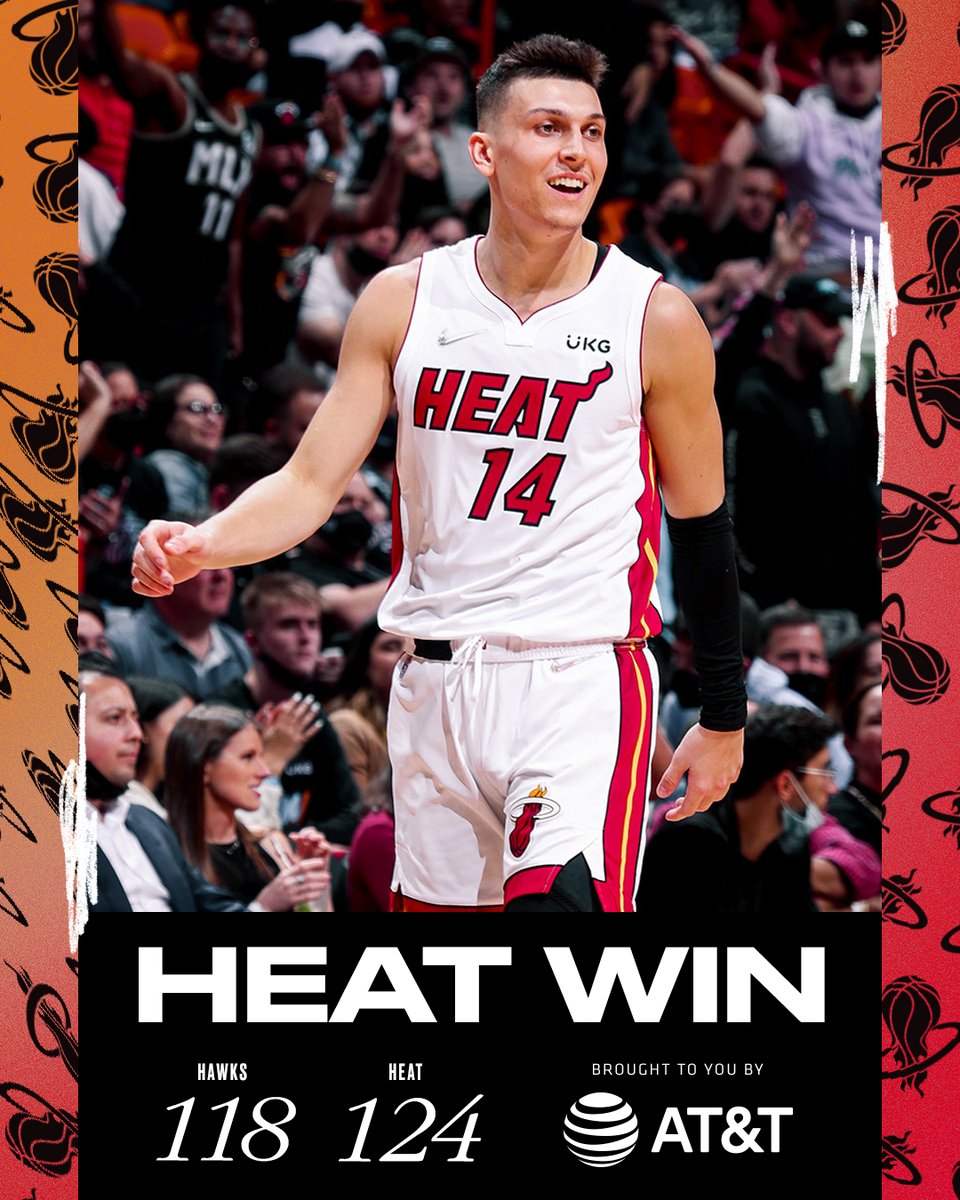 Anthony Chiang @Anthony_Chiang
The Heat is one game behind the top spot in the Eastern Conference. – 10:42 PM

Brady Hawk @BradyHawk305
Drake been going crazy for Tyler Herro this quarter court side
Keeps chirping at him – 10:10 PM

Chris Kirschner @ChrisKirschner
Onyeka Okongwu only has 5 points but his impact is incredible right now. – 10:06 PM

Ira Winderman @IraHeatBeat
Per Heat: Max Strus sustained a laceration under his right eye, he will return to tonight’s game vs the Hawks. – 10:01 PM 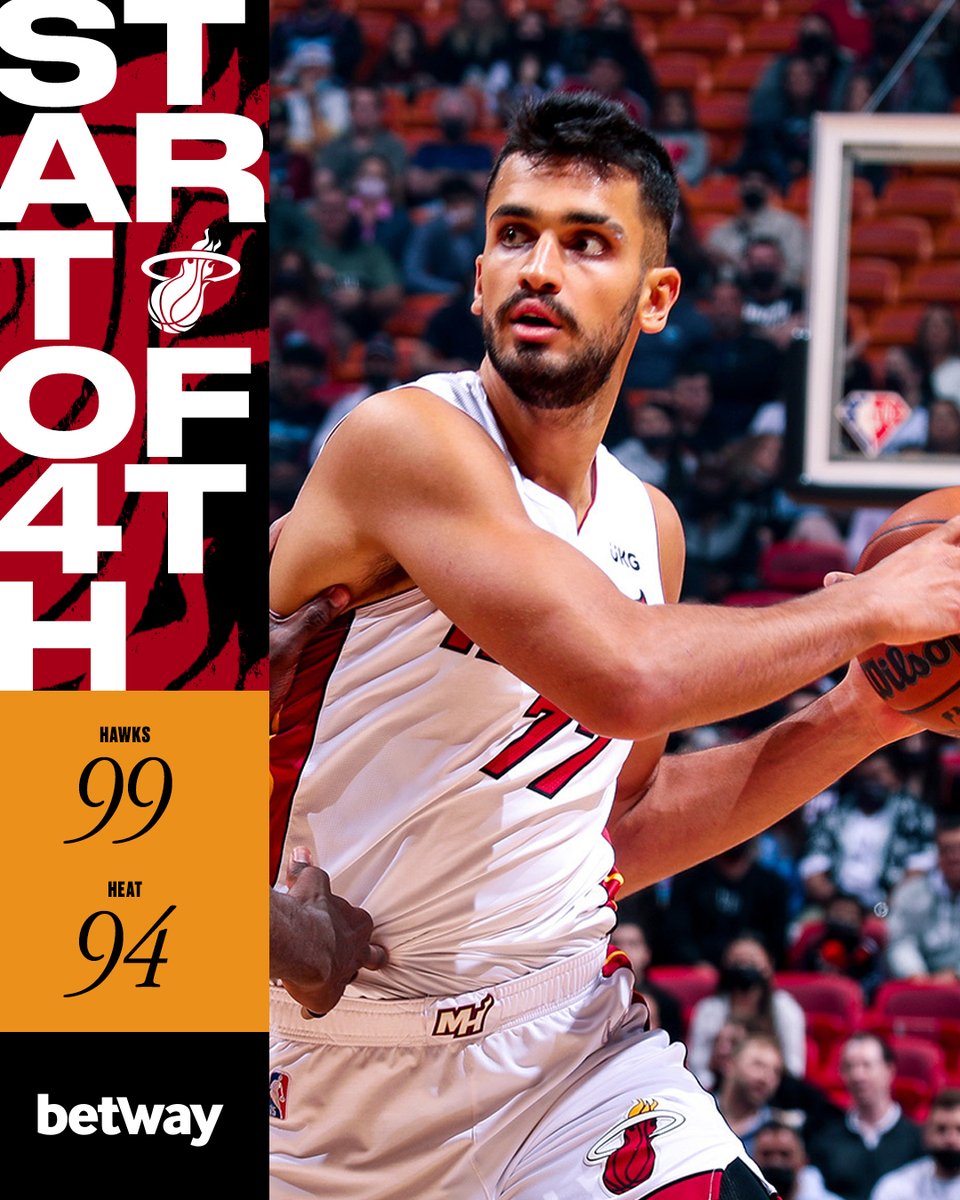 Miami Heat @MiamiHEAT
#ATLvsMIA INJURY UPDATE: Max Strus sustained a laceration under his right eye, he will return to tonight’s game vs the Hawks. – 9:55 PM 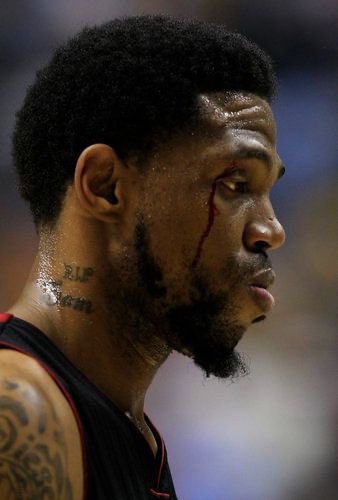 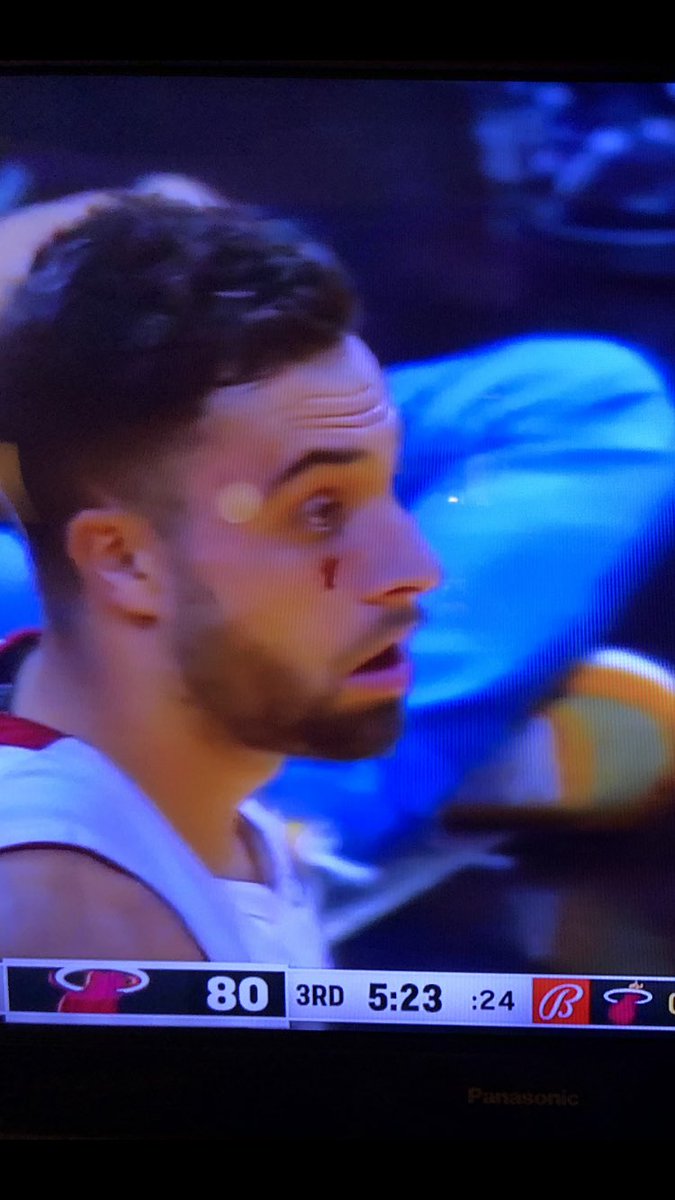 The Ringer @ringernba
💭 How far can the Grizzlies go?
💭 What’s next for the Hawks?
#TheAnswer with @ChrisRyan77 and @Seerat Sohi: open.spotify.com/episode/2zECFH… – 9:44 PM

Ira Winderman @IraHeatBeat
With Jimmy Butler making his first nine free throws, he has tied his career-best streak of 38 in a row. – 9:44 PM 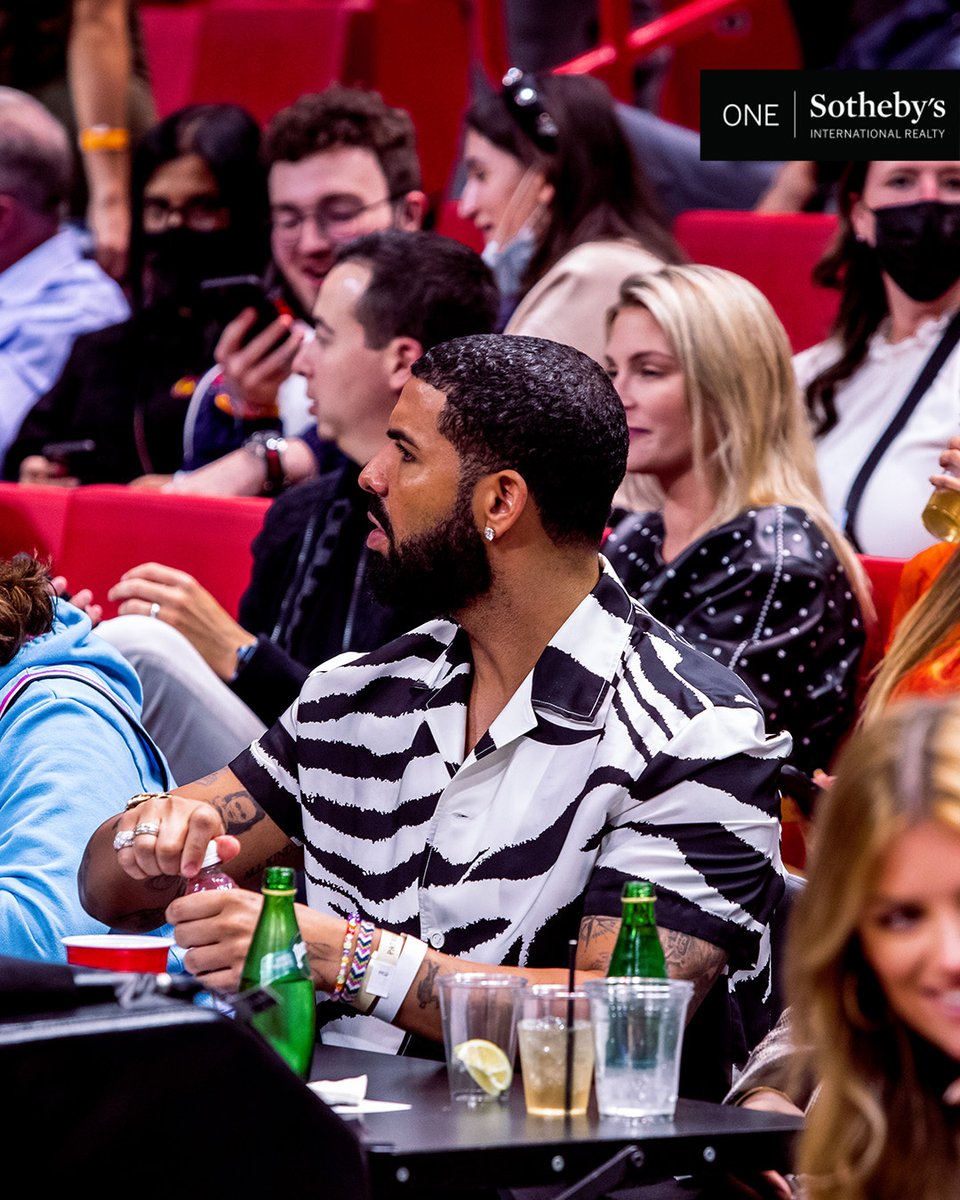 Noah Levick @NoahLevick
Tyrese Maxey on prep leading into tomorrow’s game in Miami against the Heat: “Hopefully we get out of here quick. Joel takes about three hours to recover.” – 9:41 PM

Kevin Chouinard @KLChouinard
Trae keeps trying to get around picks and Yurtseven keeps plowing him (while moving) like the snow plows Atlanta isn’t going to have when it snows Sunday. – 9:36 PM

Tim Reynolds @ByTimReynolds
Heat and Hawks combined to shoot 32 for 33 from the foul line in the first half.
That’s the best combined FT% – in a first half with that many makes – in an NBA game since 2006. – 9:32 PM

Rich Hoffman @rich_hofmann
Sixers beat Boston, 111-99. They are 24-17 on the season. When you hold a team to 35 points in the first half, you tend to win.
Real tough one tomorrow night in Miami. All things considered, this was a good one to have. – 9:23 PM

Brady Hawk @BradyHawk305
Hunting Trae Young is good, but not when it gets in the way of your game plan
Feel like they’re forcing that mismatch too much
That can always be fallen back on, but Miami needs to just play their offense in this second half – 9:19 PM

Anthony Chiang @Anthony_Chiang
The bad news: The Heat took just two shots from in the restricted area in the first half. The good news: The Heat made both of them. – 9:16 PM

Atlanta Hawks PR @HawksPR
The Hawks scored a first half season-high 70 points in tonight’s game. It’s the second time Atlanta has put up 70+ in either half this season and the first time doing so in the first half since 3/6/21 (70 at GSW). – 9:15 PM 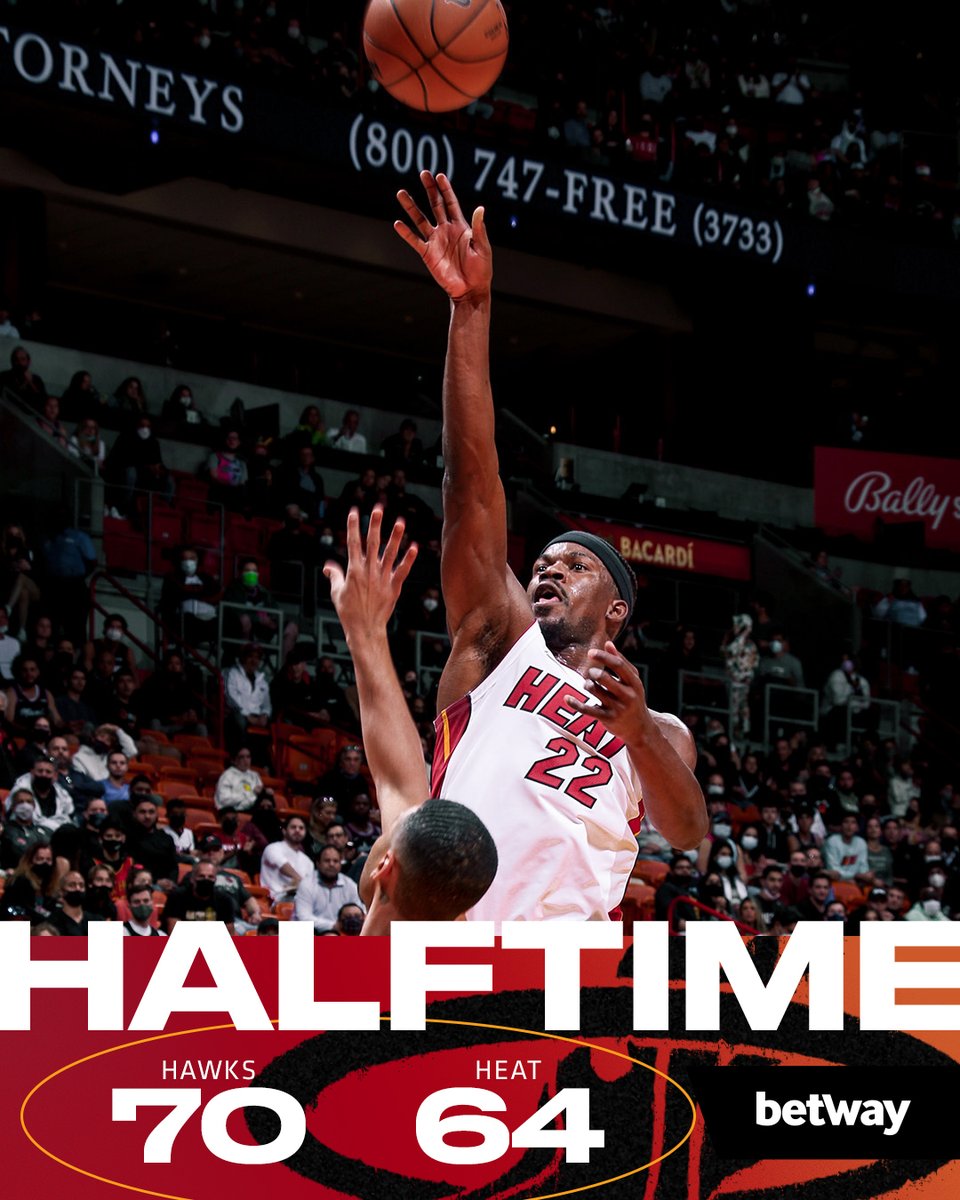 Barry Jackson @flasportsbuzz
Heat allows season-high 70 points in first half to Hawks, goes to break down 6 after leading by 17 early. – 9:14 PM

Chris Kirschner @ChrisKirschner
That defensive possession by De’Andre Hunter on Jimmy Butler looked like the De’Andre Hunter we saw at the start of last season. – 9:11 PM

Yu Fu @YuFuTroy
Might be a turning point for the Hawks – 9:08 PM

Atlanta Hawks PR @HawksPR
Trae Young has now scored 10-or-more points in a career-high 89 straight regular season games. His 89 consecutive 10+ scoring efforts is good for the 9th-longest such scoring streak in franchise history. He’s one game away from tying Bob Pettit for the 8th-longest such streak. – 9:06 PM

Brady Hawk @BradyHawk305
Watching Jimmy and Kyle communicate on the floor is really fun
That last play was just pure chemistry
Force the Trae switch, double comes, back to Lowry, pump-fake left, back to Jimmy for a wild layup
They just know what eachother are doing
And they’ve barely played together – 9:05 PM

Ira Winderman @IraHeatBeat
All five Heat starters back, as Yurtseven re-enters. This dual-platoon approach previously had been decidedly un-Spoelstra. – 8:56 PM

Atlanta Hawks PR @HawksPR
With his first rebound this evening, John Collins grabbed his 2,300th career board. Among his 2017 NBA Draft classmates, Collins is the third to reach the 2,300-rebound plateau. – 8:44 PM 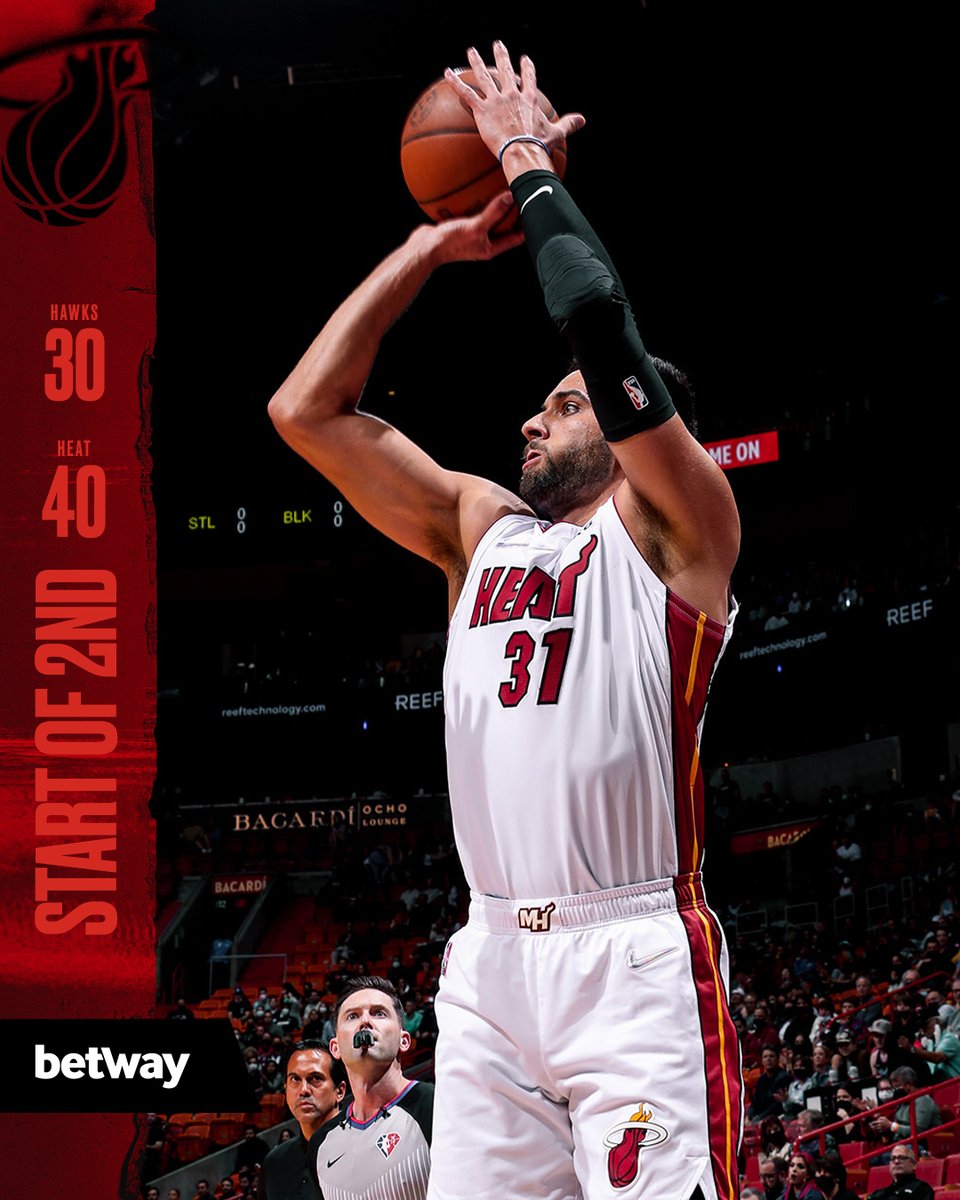 Brady Hawk @BradyHawk305
There wasn’t one person in this building that thought Tyler Herro was missing that shot – 8:40 PM

Ira Winderman @IraHeatBeat
Duncan Robinson and Gabe Vincent next in for Heat. – 8:31 PM

Ethan J. Skolnick @EthanJSkolnick
The Miami Heat are the only team in the NBA that hasn’t had a top-12 pick play for them this season, with Vic Oladipo still out.
They’re 26-15, and up 13 tonight.
@5ReasonsSports – 8:30 PM

Sam Vecenie @Sam_Vecenie
I don’t know who came up with the nickname “The Winter Soldier” for Max Strus, but I’m mostly just mad that I didn’t think of it myself. Our king is killing. – 8:26 PM

Brady Hawk @BradyHawk305
This new thing we’ve seen with Omer Yurtseven playmaking on the strong side with the 4 others on the weakside constantly moving and screening is so perfectly executed
It’ll elevate greatly with Bam too – 8:25 PM

Tim Reynolds @ByTimReynolds
Panthers up 4-0, Heat up 20-8 early.
Save your money, kids. Playoff tickets are expensive and you might have quite a few games to go to in April, May … and the month that comes after May. – 8:24 PM

Ira Winderman @IraHeatBeat
Omer Yurtseven apparently going for the first quarter double-double, with five rebounds and four points by the first timeout, with 6:30 left in the opening period. – 8:22 PM

Brady Hawk @BradyHawk305
Yeah my Max Strus take on the @5ReasonsSports pregame show has been spot on – 8:17 PM

Brady Hawk @BradyHawk305
What a read by Jimmy Butler
Hawks scramble to get Trae off Jimmy
Butler pauses and hits PJ in the corner for the three – 8:16 PM

Miami Heat @MiamiHEAT
Let’s pick up where we left off. pic.twitter.com/j2ruHuJzMf – 8:00 PM 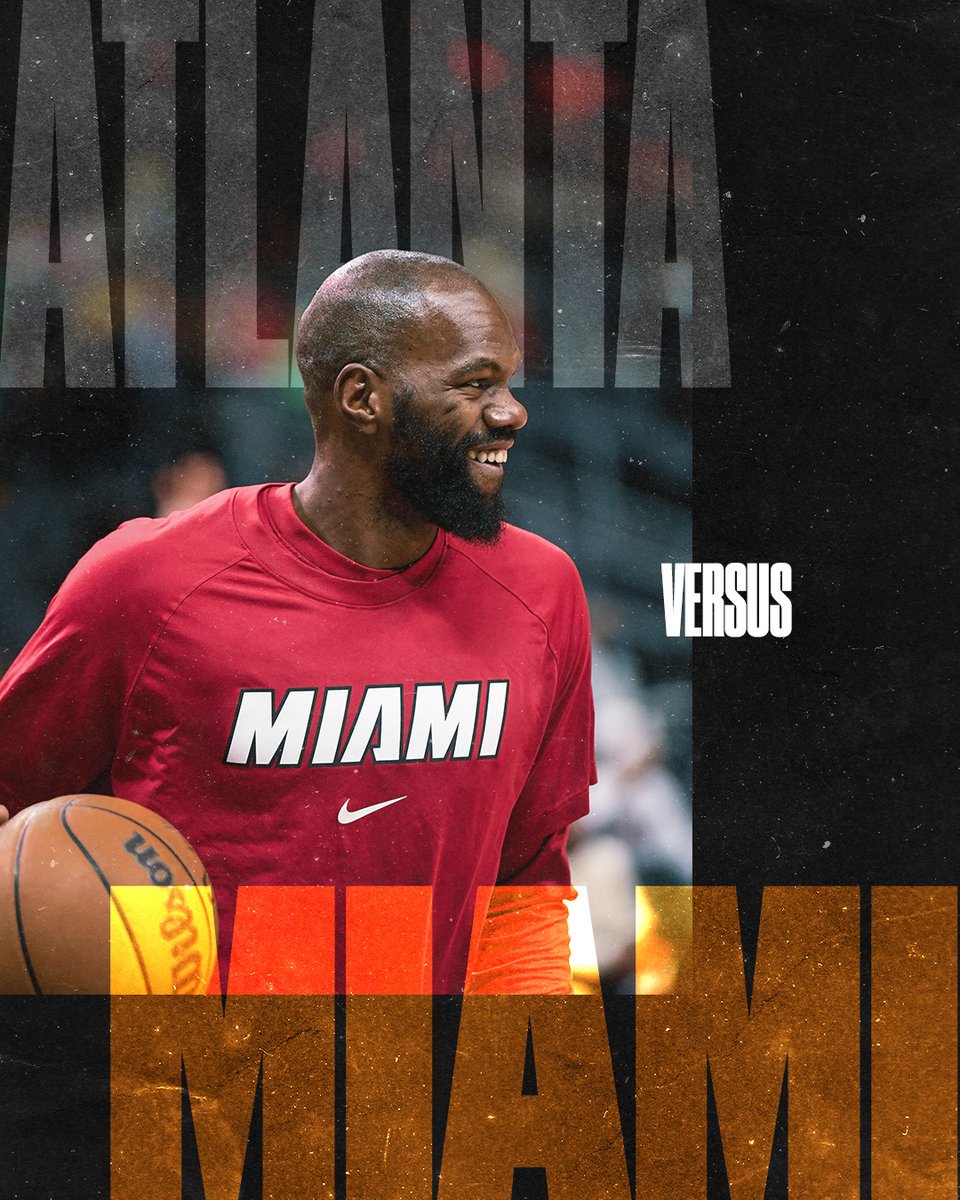 Ira Winderman @IraHeatBeat
There was a time not so distant (exactly two weeks ago) when the Heat only had a bench of emergency 10-day players.
Tonight’s Heat bench includes: Tyler Herro, Duncan Robinson, Caleb Martin, Dewayne Dedmon and Gabe Vincent. – 7:53 PM 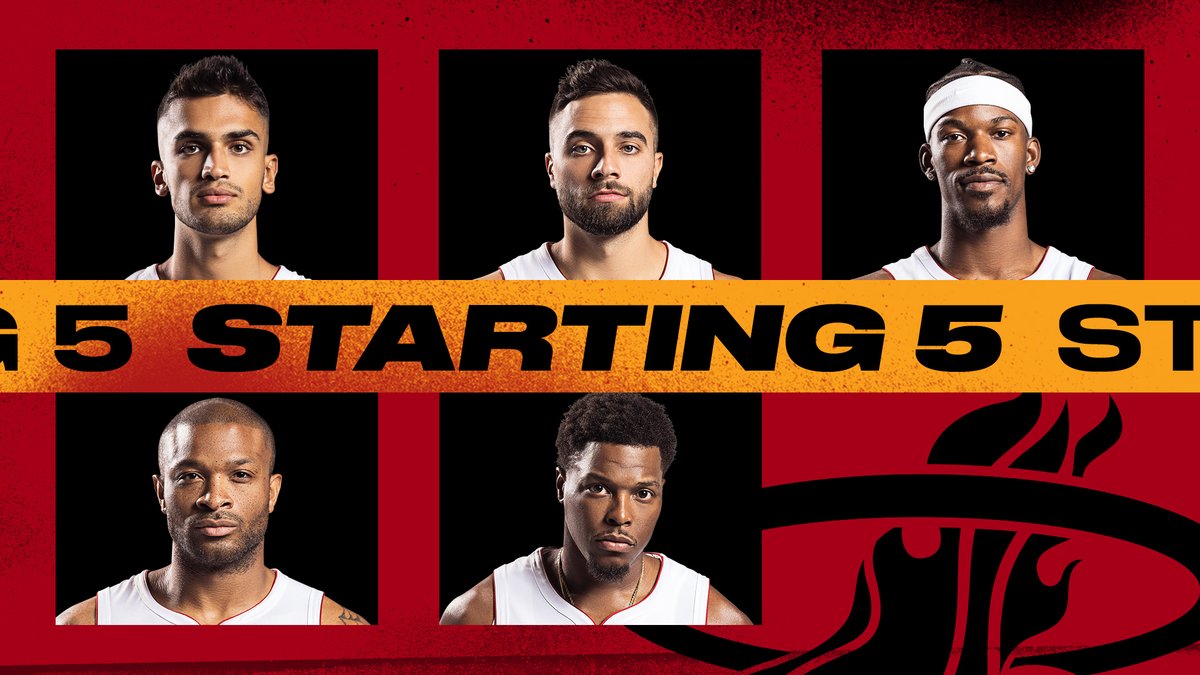 Brady Hawk @BradyHawk305
Nate McMillan on Butler:
“He’s tough. Defensively, he’s going to bring it. Offensively, he creates opportunities for them playing with the ball.”

“He’s really the key to that group. They’ve added Lowry, another veteran, another champion to that system. It makes it tough.” – 7:24 PM

Brady Hawk @BradyHawk305
Nate McMillan on the Heat developing youth:
“They do a great job of drafting players, finding players and plugging them into their system.”
“With all of the injuries they have had, they’ve been able to continue to get to their style of play, both offensively and defensively.” – 7:23 PM

Barry Jackson @flasportsbuzz
Remarkable when you think about nearly every Heat young player surpassing expectations this year. “That’s the system that I am talking about,” Hawks coach Nate McMillan said. “They do a great job of drafting players, finding players and plugging them into their system.” – 7:16 PM

Miami Heat @MiamiHEAT
We’re an hour away from squaring up with the Hawks for the 2nd consecutive time.
See how to watch/listen to the game and which @MiamiHEATstore items you can get 30% off of tonight 👀 gohe.at/3rhrynm – 7:03 PM

Barry Jackson @flasportsbuzz
Butler back tonight.. Amid Bam targeting a Monday return, Spoelstra addresses the situation this evening…. And the Herro extension situation and the ramifications: miamiherald.com/sports/spt-col… – 6:56 PM

Brady Hawk @BradyHawk305
Just like how Max Strus doesn’t ever miss his first shot in- game
I don’t think he missed from his first spot after walking on the court now pic.twitter.com/NWwY04e6I4 – 6:52 PM

Ira Winderman @IraHeatBeat
Return by Heat’s Bam Adebayo from thumb surgery could come as soon as Monday. sun-sentinel.com/sports/miami-h… Erik Spoelstra, “He is ready. As soon as he gets cleared, I don’t think there’ll be a major ramp up or anything, because he’s been able to work, and basically do everything.” – 6:47 PM

Chris Kirschner @ChrisKirschner
I asked Nate McMillan how challenging it was to manage the situation knowing for months that Cam Reddish didn’t want to be in Atlanta anymore.
Here’s McMillan’s full quote: pic.twitter.com/lPYjqVG2Cq – 6:43 PM 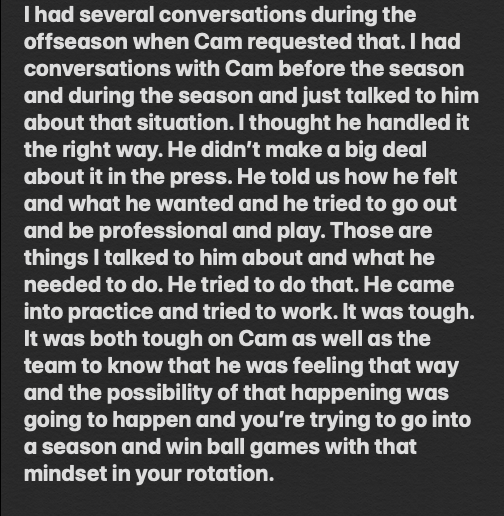 Wes Goldberg @wcgoldberg
Erik Spoelstra acknowledges the @Adrian Wojnarowski report that Bam Adebayo could return Monday.
“He’s making a lot of progress. He’ll be back soon enough… He is ready. As soon as gets cleared, I don’t think there will be a major ramp-up or anything.” – 6:23 PM

Ira Winderman @IraHeatBeat
Erik Spoelstra declined to offer Bam Adebayo update amid report of Monday return. “He’s making a lot of process. . . . He’ll be back soon enough.” And, “He is ready. As soon as he’s cleared I don’t think there’ll be a major ramp up.” – 6:22 PM

Brady Hawk @BradyHawk305
Erik Spoelstra on Bam Adebayo:
“I know how badly he wants to get back out there…Even on that last road trip, he was doing like 3-a day workouts.” – 6:22 PM

Miami Heat @MiamiHEAT
UPDATE: Coach Spo says #JimmyButler (ankle) is warming up with the intent to play in tonight’s game vs the Hawks. #NBAAllStar – 6:19 PM

Duane Rankin @DuaneRankin
Rebounding.
Been topic of discussion for #Suns after giving up 22 offensive boards in Tuesday’s win over Toronto.
The Raptors won rebounding battle, 47-39. Suns were outrebounded, 49-35, in Saturday’s loss to Heat.
Face #Pacers , who are 11th in offensive rebounding, tonight. pic.twitter.com/X1saOGqQWL – 5:54 PM

Michael Grange @michaelgrange
“He’s Kyle Lowry. He’s a clone of Kyle … he should be an all-star, absolutely,” Dwane Casey on Fred VanVleet. – 5:27 PM 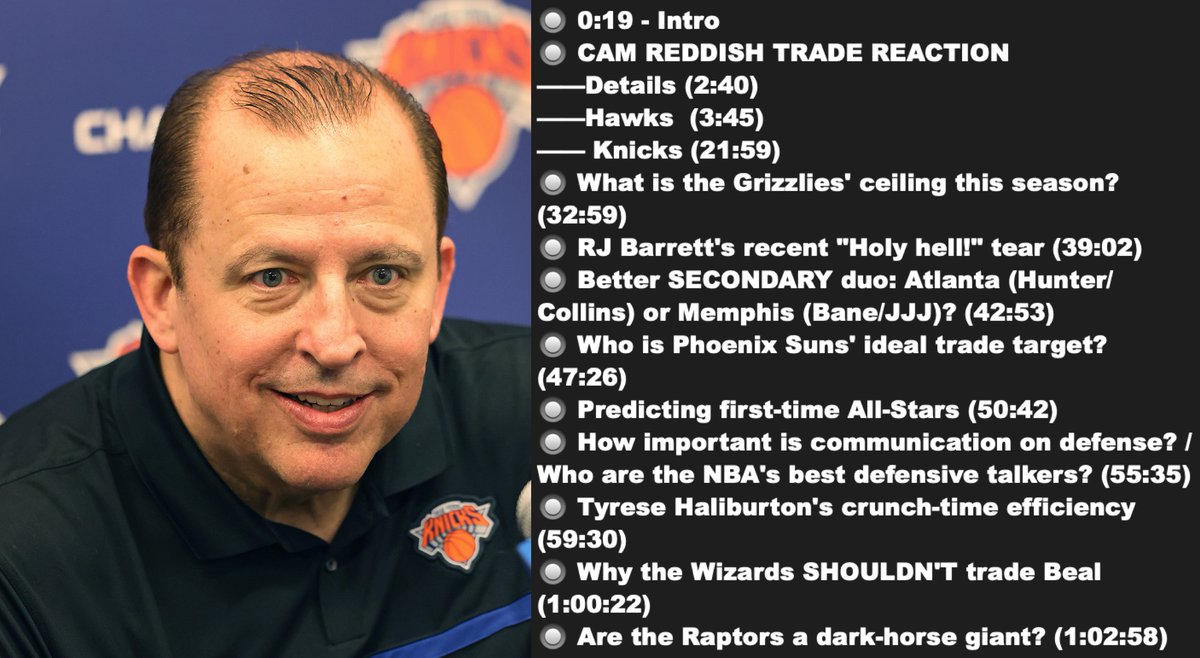 Vivek Jacob @vivekmjacob
Dwane Casey also endorses that Fred VanVleet has become Kyle Lowry.
“He’s earned every bit of what he’s getting… he should be an all-star.” – 5:24 PM

Keith Smith @KeithSmithNBA
I’m sure someone else in Celtics Twitter already called this out, but I struggle to believe Danny Ainge is interested in the slightest in sending Donovan Mitchell to Pat Riley and the Heat. Maybe Mitchell wants that, but I don’t Ainge is jumping to make that happen. – 5:21 PM

Barbara Barker @meanbarb
So, just to be clear there will be no revenge game for Reddish in Atlanta tomorrow. He is in New York, he is flying back to Atlanta with the Knicks but he has an ankle injury and WON’T play. – 4:10 PM

Sarah K. Spencer @sarah_k_spence
Kevin Knox is listed as “not with team” on most recent Hawks injury report: pic.twitter.com/rcyNn5ljYg – 3:17 PM

Miami Heat @MiamiHEAT
He’s an elite juggler and an improving golfer, and by night he’s the team Mechanic 🔧
@Dewayne Dedmon does it all and more – 2:58 PM 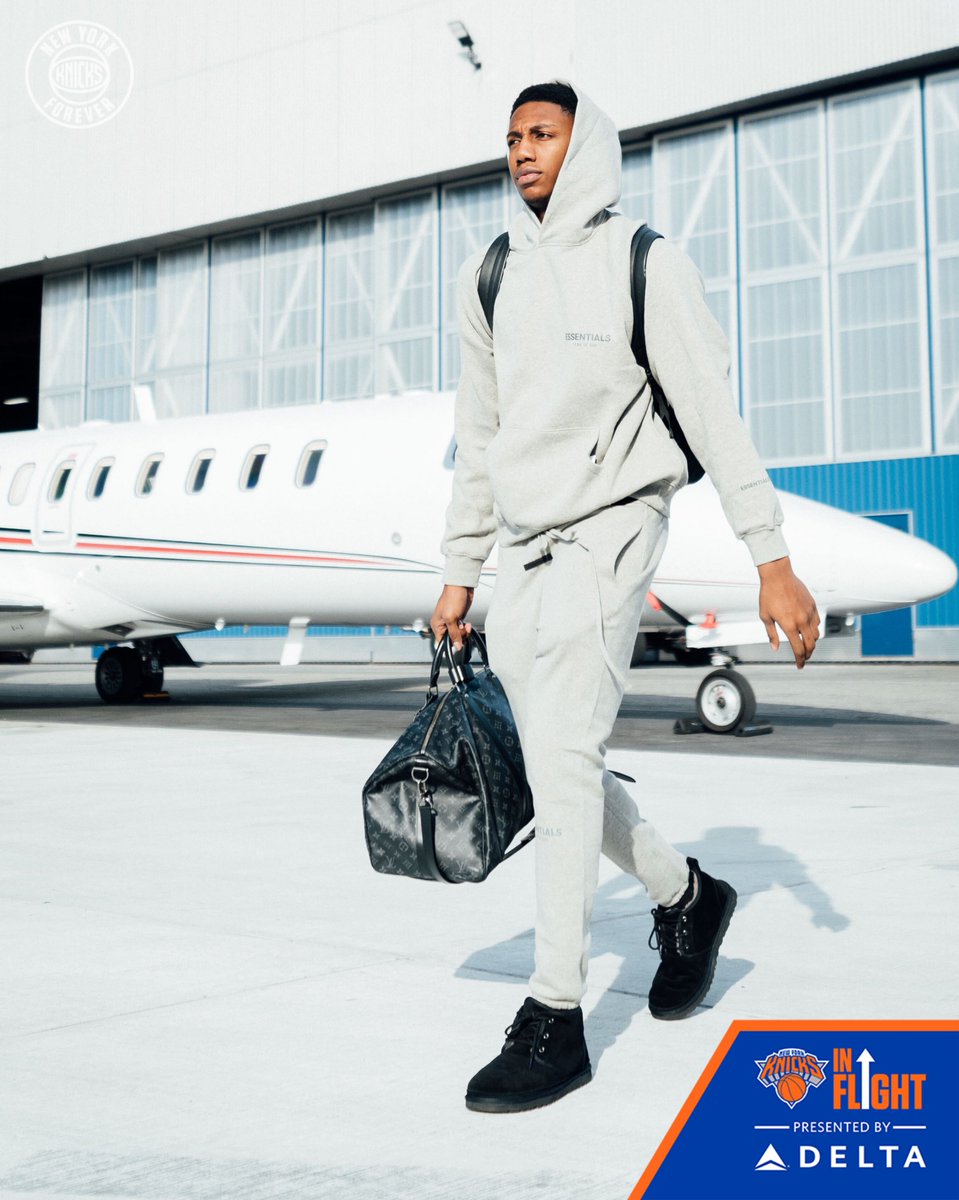 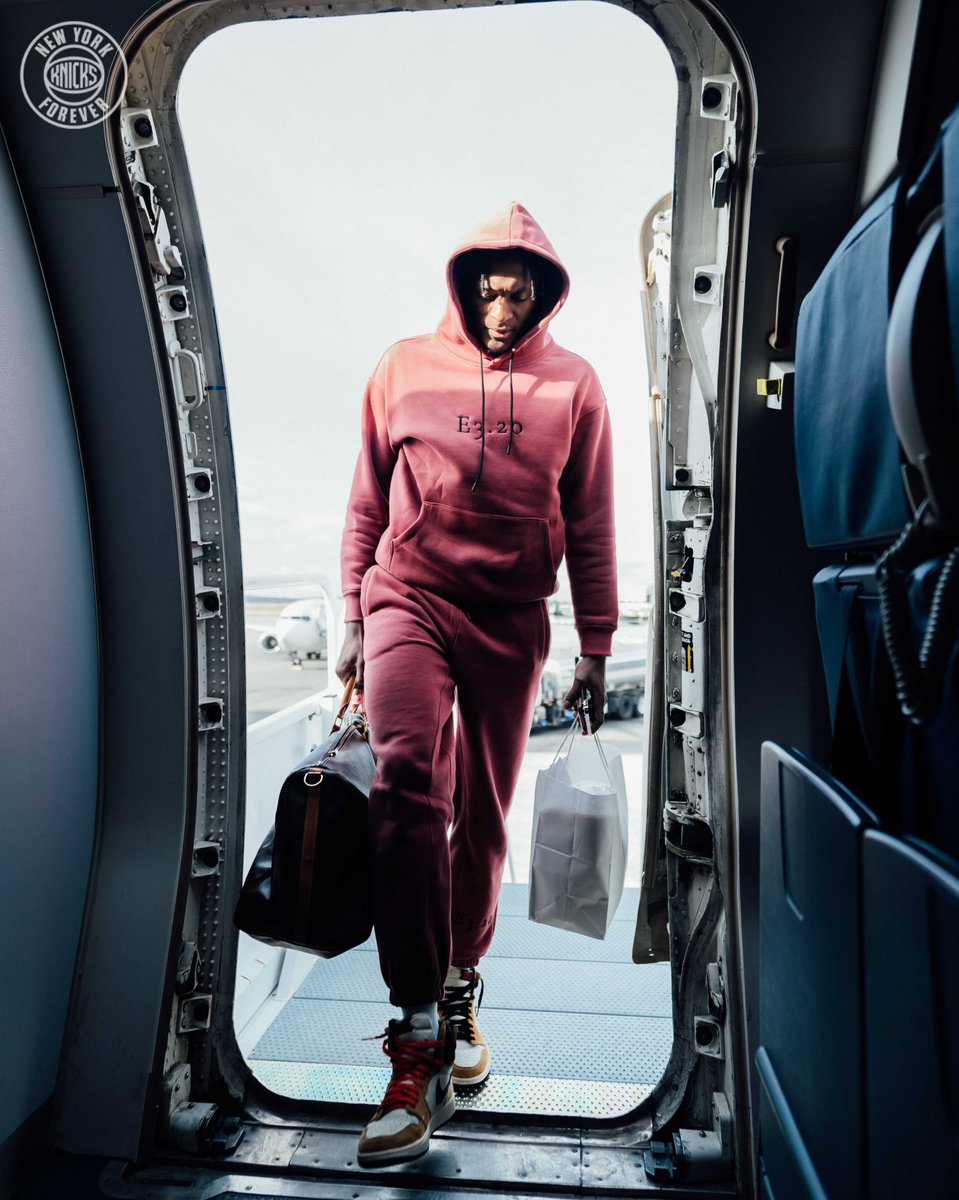 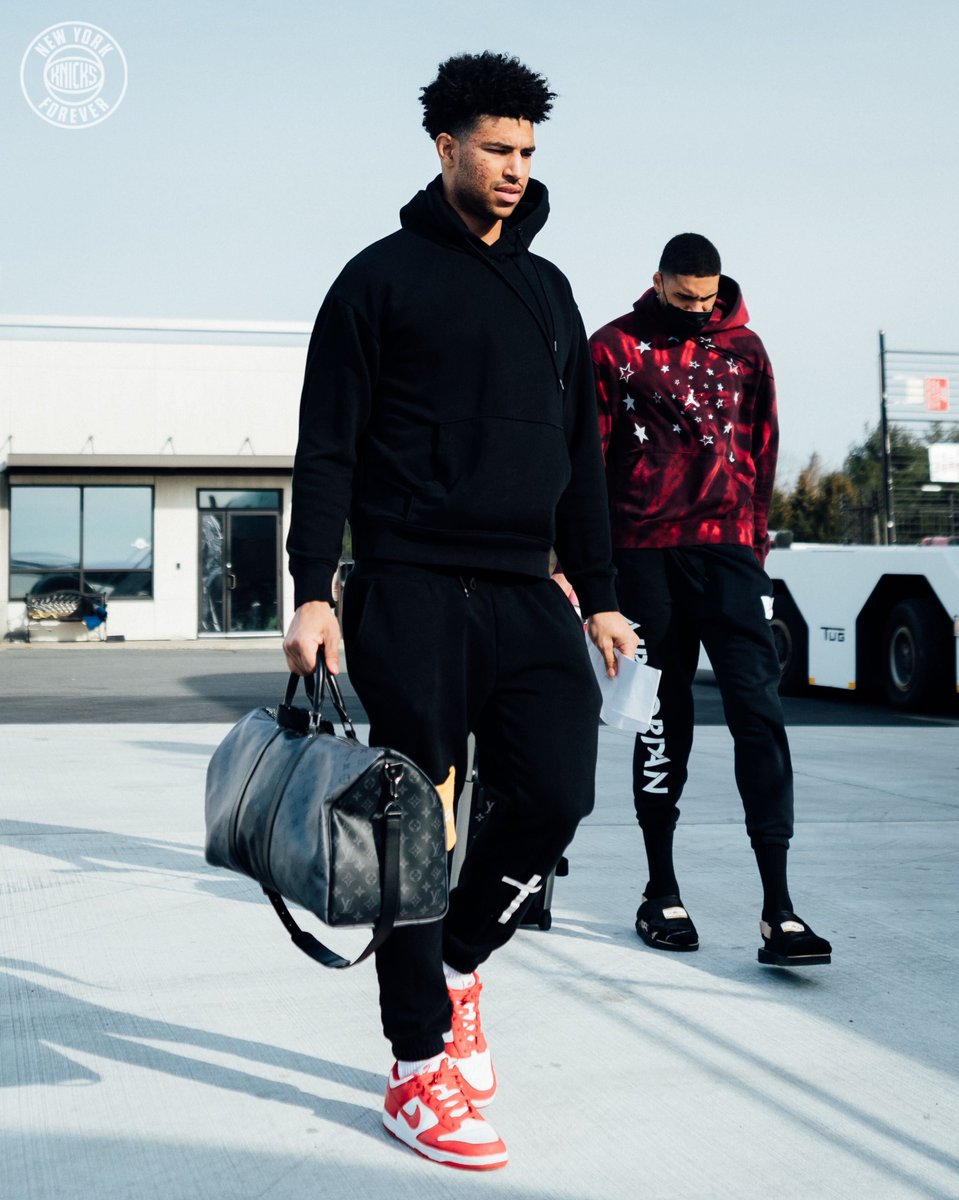 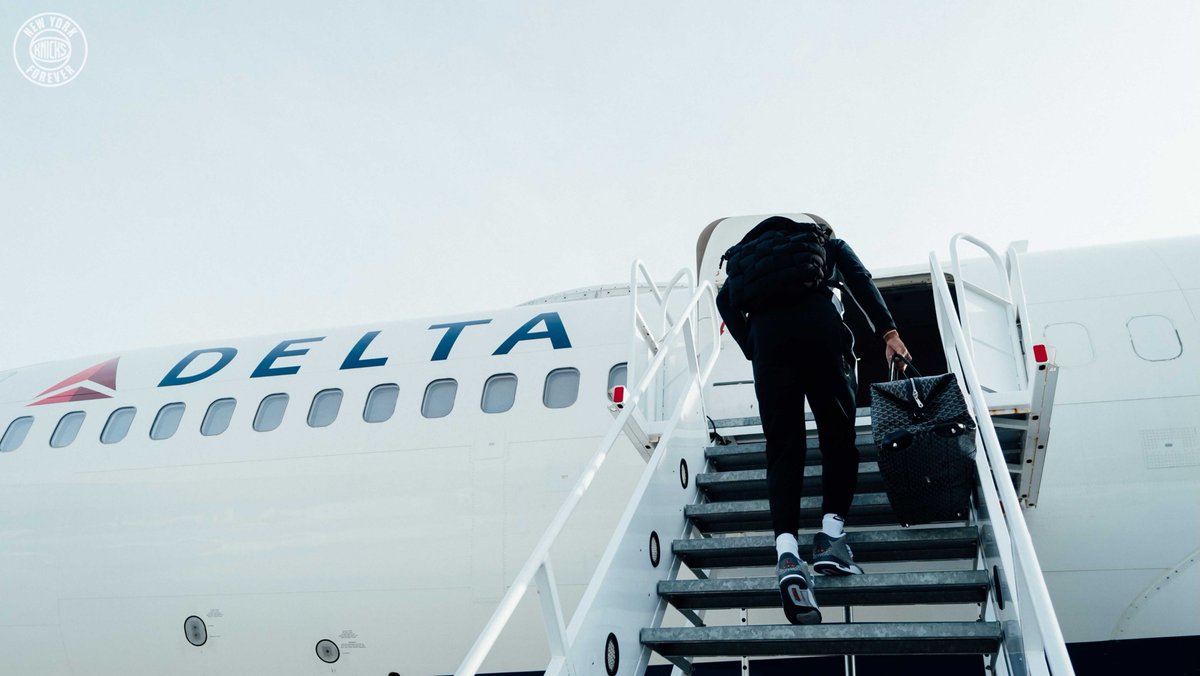 Wes Goldberg @wcgoldberg
By Monday the Heat, currently in 2nd place in the East…
– Should have Bam and Jimmy back
– Will have third easiest remaining SOS
– 23 of final 39 games at home
– furthest West they have to go is San Antonio
– About a month from Oladipo’s expected return – 2:41 PM

Arash Markazi @ArashMarkazi
NEW COLUMN: Super Bowl LVI will be played at SoFi Stadium in 30 days and the stadium is already making plans to host it again, perhaps as early as 2027, as the NFL looks to have a regular rotation of L.A., Miami, Las Vegas, New Orleans, Tampa and Phoenix. arashmarkazi.substack.com/p/the-morning-… – 2:33 PM

The Vertical @YahooSportsNBA
Miami Heat C Bam Adebayo is targeting to return Monday vs. the Toronto Raptors, per @Adrian Wojnarowski.
Adebayo has missed the last six weeks after getting surgery on his right thumb. pic.twitter.com/exMalPeFU5 – 2:22 PM 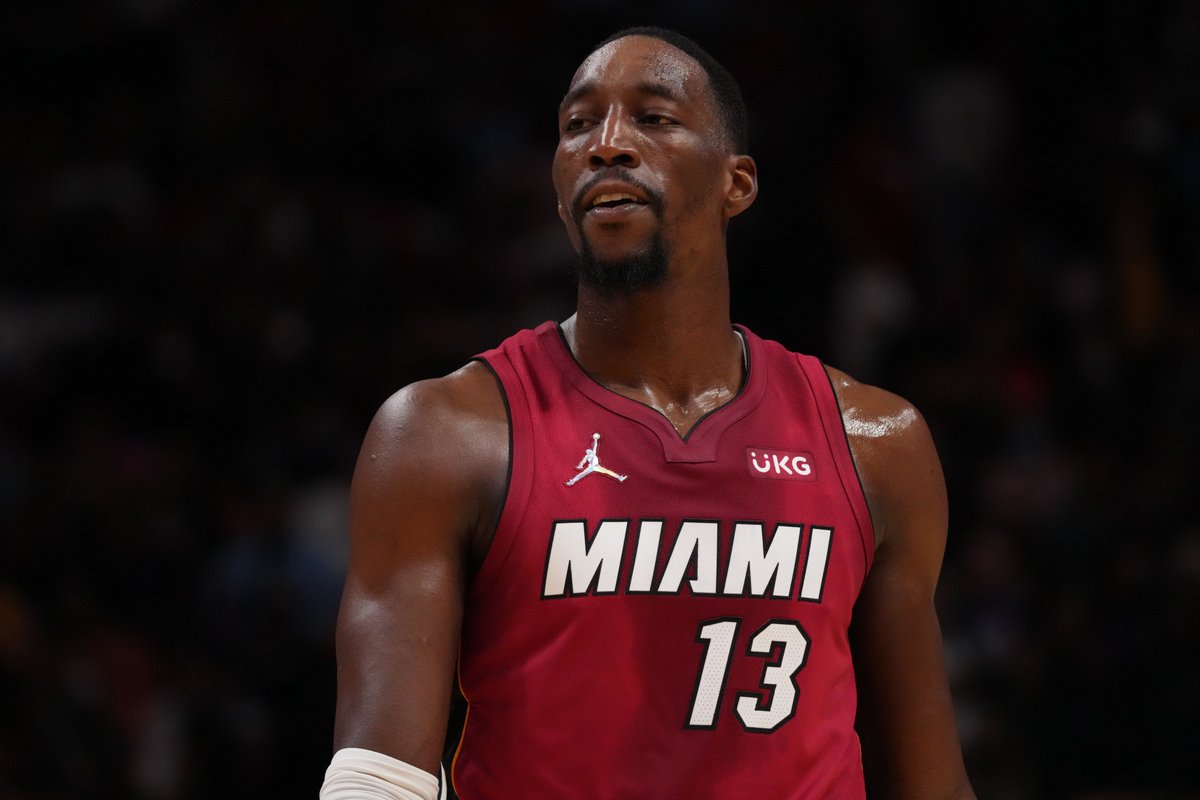 Brady Hawk @BradyHawk305
And Bam Adebayo is aiming for a Monday return
13-7 without him
They survived
And now they launch – 2:15 PM

Adrian Wojnarowski @wojespn
After right thumb surgery six weeks ago, Miami Heat All-Star center Bam Adebayo is targeting a return vs. the Toronto Raptors on Monday, sources tell ESPN. Adebayo – who averages 18.7 points and 10.2 rebounds — has been ramping up on the court this week. – 2:13 PM

Chad Ford @chadfordinsider
ICYMI
The Knicks already made one trade, landing Cam Reddish from the Hawks.
Here’s a potential Knicks-Rockets deal that could give them an upgrade at center and add depth to the backcourt.
Plus 2 Ben Simmons deals and a Hornets-Pacers potential swap
https://t.co/PNQ4IOxa6R pic.twitter.com/MIL5BX37hi – 2:04 PM 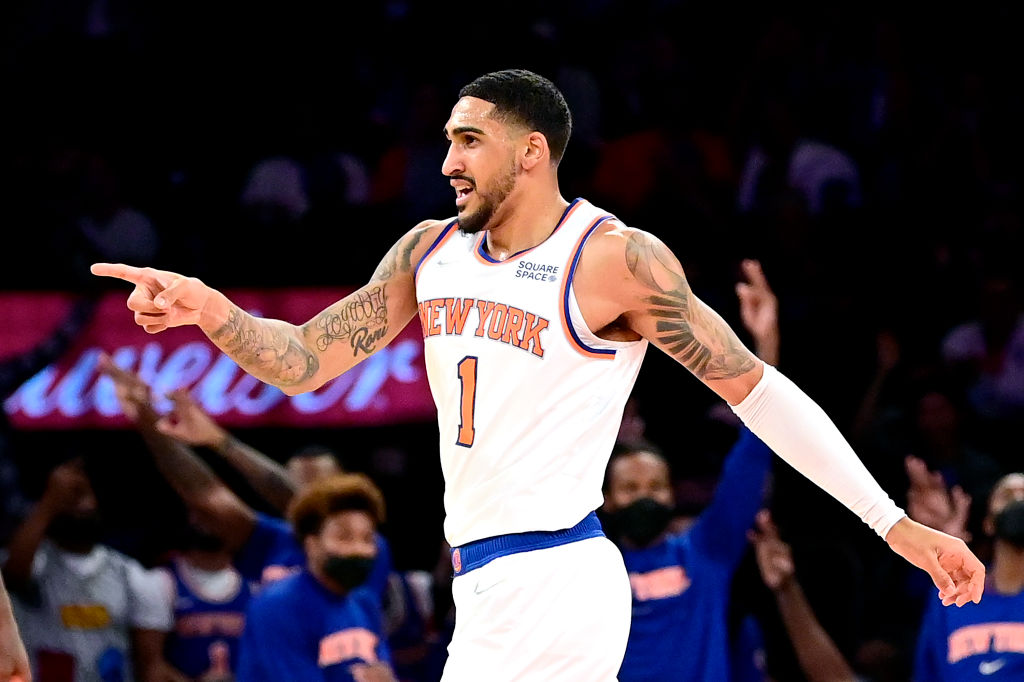 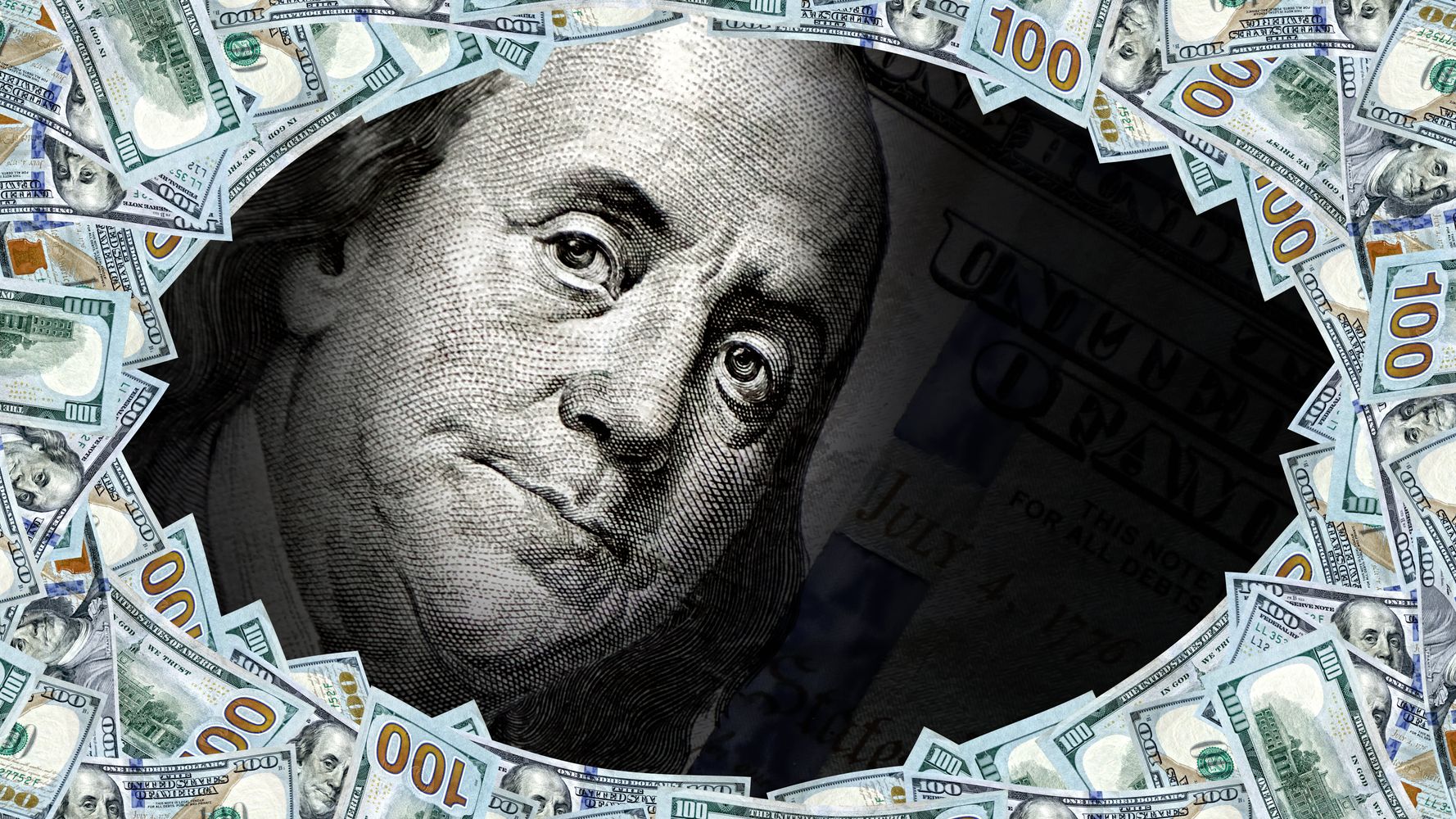