Yesterday was all my fault. I broke one of my cardinal rules. I bragged about my performance. After having a terrific weekend in last week’s Friday newsletter, I brought it up in Monday’s. As a result, we went 0-6, meaning everything we’d won on Friday was gone.

For your sake, I hope yesterday’s newsletter mistakenly found its way to your spam folder. But we’re putting yesterday behind us and focusing on tonight because the NBA is back! The defending champion Los Angeles Lakers are taking on their crosstown rivals, the Los Angeles Clippers. There’s also a matchup between Stephen Curry and Kevin Durant as the Golden State Warriors battle the new-look Brooklyn Nets.

And I’ve got bets for both games, as well as tonight’s Boca Raton Bowl — which, if you read my bowl rankings yesterday, know is one of my favorite matchups this bowl season. So tonight is going to be an awesome night, but before we get to it, let’s catch up on our daily reading.

Now let’s go get our money back.

Clippers at Lakers, 10 p.m. | TV: TNT
The Pick: Under 219.5 (-110): Given the short offseason and preseason, things could get a bit wonky early on in this NBA campaign. Still, with this matchup, I couldn’t resist. The Lakers and Clippers met four times last season, with one of those games coming in The Bubble. The under went 4-0 in those four meetings. More importantly, the four games these two played last year averaged only 212.5 points per game, and none of them went over the total that’s posted here.

Let’s not forget that this Clippers team is going to look a lot different. Kawhi Leonard and Paul George are back, but Marcus Morris, Montrezl Harrell, Landry Shamet and coach Doc Rivers are all gone. The Morris loss is key here, as he was one of the Clippers’ biggest threats from three. The Lakers have new additions as well, but they were a strong defensive team last year and still will be. Finally, this will be the first time these teams are playing in empty arenas. The close-knit atmosphere of The Bubble is a lot different from giant, empty arenas. Odds are it’ll be an adjustment for the players playing a competitive game in such an atmosphere.

Key Trend: The under went 4-0 between these teams last season, with an average of 212.5 points scored per game.

Warriors at Nets, 7 p.m. | TV: TNT
The Pick: Nets -7.5 (-110) — I know there’s the whole Revenge Game factor here with Kevin Durant finally making his Nets debut against his former team, but these Golden State Warriors are nothing like the team Durant played for. Sure, Stephen Curry is there, but Klay Thompson is out for the year and Draymond Green won’t be playing tonight. And while you can argue that the Nets might need some time to mesh as Durant and Kyrie Irving learn to play together, the same can be said about a Warriors team that’s now surrounding Curry with Andrew Wiggins, Kelly Oubre and James Wiseman. The Nets will contend for the Eastern Conference title while the Warriors will fight for a playoff spot out West. Bet accordingly.

Key Trend: Brooklyn is 7-3 ATS in its last 10 games as a home favorite.

No. 16 BYU vs. UCF, 7 p.m. | TV: ESPN
The Pick: UCF +6 (-110) — There’s a lot of value on this line, in my estimation. BYU is ranked, and it was one of the stories of the season, but some of that success was overstated. According to Sagarin Ratings — which, once upon a time, were part of the BCS equation — the Cougars played the 106th most difficult schedule in the country this year. Now, to BYU’s credit, it smashed the teams it was better than. But the Cougars also struggled a bit in games against better competition like Coastal Carolina and San Diego State.

Tonight they face a UCF team that’s very explosive offensively, and even if the Knights are missing top receiver Marlon Williams, they can still exploit a BYU defense that’s good but not great. Take the points, I know I am, but I’m sprinkling a little bit on the UCF money line at +200 too.

Key Trend: UCF is 6-2 ATS in its last eight games as an underdog.

🔒 SportsLine Pick of the Day: Mike Barner, who returned a healthy $3,864 on his NBA picks last season, has studied the win totals for every NBA team for the upcoming season and identified five best bets.

Stephen Curry, Warriors — With the caveat that it’s a little more difficult to know what to expect on opening night (which is why you won’t find NBA prop bets in today’s newsletter), I do think we’re in for a big night from Curry, even if we’re betting the Nets. I mean, somebody will have to lead the way for the Warriors, and he’s the only guy left standing from the title winners. He might equal or surpass Kyrie’s fantasy output but at a slightly lower price.

Spencer Dinwiddie, Nets — With both Kyrie Irving and Kevin Durant together, Dinwiddie will have to take a smaller role with the Nets this season, but it’s one he just might excel in. Dinwiddie averaged 20.6 points per game last season, along with 6.8 assists. While his usage will drop, he’s going to find a lot more space to move around with defenses having to worry about Irving and Durant, and he could also be the lead guy when those two are resting.

Who’s in the mood for a 3-leg parlay involving Italian soccer teams? Would it help if I told you it pays +235? SNL Doesn’t Get the New C.D.C. Mask Guidelines Either
2 mins ago 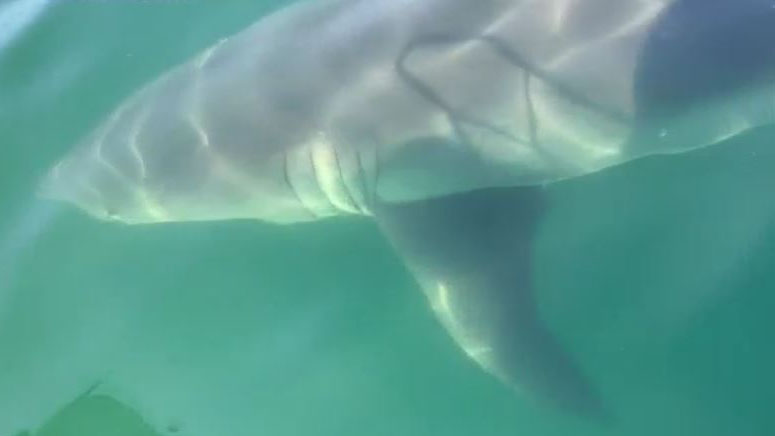 Sharks use Earth’s magnetic field as a GPS, scientists say
6 mins ago

Sharks use Earth’s magnetic field as a GPS, scientists say