NBA free agency officially began on Monday, with teams and players wasting no time coming to terms on lucrative deals throughout the league. The defending Western Conference champion Phoenix Suns got back an essential piece when Chris Paul agreed to re-up on a four-year deal, while the Los Angeles Clippers still await word on Kawhi Leonard, who is widely expected to return.

The Miami Heat had another big summer, landing All-Star Kyle Lowry in a sign-and-trade with the Toronto Raptors while adding PJ Tucker to bolster their defense. Meanwhile, the Chicago Bulls reached an agreement with rising star guard Lonzo Ball and All-Star DeMar DeRozan to suddenly look like an imposing playoff contender.

For other teams, it didn’t quite go as well. Obviously, this is subject to change as free agency unfolds, but here is a look at some winners and losers from 2021 NBA free agency so far.

Oh, you didn’t think Pat Riley was going to sit on his hands this offseason, did you? The Miami Heat pulled off a major coup on the first day of free agency, landing veteran point guard Kyle Lowry and defensive forward extraordinaire P.J. Tucker while re-signing sharpshooter Duncan Robinson. With those three joining All-Stars Jimmy Butler and Bam Adebayo, the Heat now have one of the more imposing starting lineups in the NBA, with promising young guard Tyler Herro coming off the bench.

After a weird and disappointing 2020-21 season, it appears the Heat are right back in title contention, even with a thinned out supporting cast. Miami also managed to pull all this off without going into the luxury tax, according to ESPN’s Bobby Marks, which is a true credit to general manager Andy Elisburg and the front office.

Two years ago, after Chris Paul was traded to the Oklahoma City Thunder along with draft picks for Russell Westbrook, there wasn’t a person in the world who thought Paul, as a 36-year-old, would ever entertain the idea of turning down his $44 million option for the 2021-22 season. Well, two All-NBA seasons and a Finals appearance later, the future Hall of Famer did exactly that, opting for a new four-year contract with the Phoenix Suns worth upwards of $120 million. Not all of that money is guaranteed, but what a turnaround for a guy who looked to be on his way out of the league after injury-riddled seasons with the Rockets.

Despite the occasionally jaw-dropping offense of LeBron James and Anthony Davis, the Lakers’ recent success has stemmed from their defense, which allowed a league-best 106.8 points per 100 possessions last season. Their defense isn’t looking quite as imposing after the opening day of free agency. The Lakers traded away Kyle Kuzma and Kentavious Caldwell-Pope, two versatile defensive wings, in the deal to acquire Russell Westbrook from the Washington Wizards, and then lost Alex Caruso, arguably their best defensive guard, to the Chicago Bulls after reportedly not even producing a counteroffer. From Sam Amick of The Athletic:

The Lakers did a very puzzling thing today, and only time will tell if they pay a price for it in their pursuit of an 18th championship. When faced with the prospect of losing Alex Caruso, the 27-year-old guard whose Bird rights they carried and could thus pay whatever they wanted, they didn’t put up any free-agency fight en route to him agreeing to a four-year, $37 million deal with Chicago. According to a source with knowledge of the situation, Caruso’s camp went back to the Lakers after the Bulls made their offer and were told that there would be no counter.

The Lakers added veterans Trevor Ariza, Wayne Ellington, Kent Bazemore and Carmelo Anthony along with young guards Kendrick Nunn and Malik Monk, but none of them are exactly viewed as defensive stoppers at this point in their careers. They also brought back Dwight Howard, who is a solid paint protector but struggles to defend perimeter players after switches. The Lakers may still have a move or two to make but, at least on paper, the elite defense has taken a considerable hit.

The Bulls hope to make the playoffs next season for the first time since 2017, and they’ve put their money where their mouth is with their offseason moves. Chicago agreed to sign Lonzo Ball to a four-year, $85 million contract, then added DeMar DeRozan on a three-year, $85 million deal. Both players have flaws but are a considerable upgrade for the Bulls, who desperately needed extra playmakers to take pressure off of Zach LaVine and Nikola Vucevic offensively. Chicago had to part with some depth to execute the sign-and-trades, so they still have some work to do to fill out the roster, but it’s refreshing to see a team (particularly the Bulls) spend money to try to improve the roster quickly.

The Hawks’ shrewd offseason moves last year took them from a lottery team to the conference finals, and the Bulls are hoping for a similar return on their hefty investments.

Considering where he was after his second season with the Los Angeles Lakers — largely viewed as a disappointment whose best value to the franchise was as trade bait — Ball has certainly done well for himself after agreeing to a four-year, $85 million contract with the Chicago Bulls on Monday. He’ll join All-Star Zach LaVine in the backcourt for another big market team hoping to make a playoff push. Ball carved out a unique role for himself as a member of the New Orleans Pelicans while revamping his shooting mechanics and improving his 3-point accuracy to 37.8 percent last season after shooting 31.5 percent in his first two seasons with the Lakers. He was one of the most coveted free agents in the league, and now he’s a huge part of the Bulls’ future.

Let me just say off the bat: I really like Devonte’ Graham. But everything the Pelicans do from this moment forward needs to be in service of keeping Zion Williamson happy. Adding players like Graham, Tomas Satoransky and Garrett Temple are solid moves, but not when it comes at the expense of losing Ball, an emerging star who already has a strong relationship with Williamson and Brandon Ingram.

“It’d be dope,” Williamson said in May of a possible Ball return. “Me, Brandon [Ingram] and Zo, the three of us have a great relationship. I really would want Zo to come back. He knows that.”

Because they had Ball’s full Bird rights, the Pelicans could have offered him more money than the Bulls, or any team for that matter. New Orleans also gave up a first-round pick (albeit protected) in order to get Graham. The Pelicans did a decent job replacing Ball and clearly still have more moves to make, but it seems like re-signing him to grow alongside Williamson may have been the simplest and most beneficial move.

Not going to lie, things weren’t looking great for the Warriors on the first day of free agency. Potential targets like Nicolas Batum, Trevor Ariza and Kent Bazemore agreed to deals elsewhere, leaving the Warriors with fewer options. To add insult to injury, Bazemore reportedly turned down a more lucrative deal with Golden State to join the Lakers, who he feels have a better shot at winning a title.

But then, just after midnight Eastern Time, Yahoo’s Chris Haynes announced that veteran wing Otto Porter Jr. would be joining the Warriors. It would have been a solid signing regardless, but then the bombshell dropped — they got Porter on a minimum deal after he turned down more lucrative offers.

Even after adding stretch-four Nemanja Bjelica on a minimum deal as well, this means that Golden State still has the money to go after another veteran target with their full $5.9 million taxpayer mid-level exception (Danny Green and former Warrior Andre Iguodala have reportedly shown interest) to bolster their depth as they hope to return to title contention next season behind Stephen Curry, Draymond Green and Klay Thompson.

The Warriors drafted two teenage wings during last Thursday’s draft — Jonathan Kuminga and Moses Moody — neither of which might be able to contribute immediately to a team with title aspirations. It was essential for them to add immediate veteran help and, if they can stay healthy, Porter and Bjelica do exactly that.

Kudos to Drummond for joining a team that has a chance to win the title next season, but he is quite literally a loser when speaking specifically about annual salary. Drummond’s last contract paid him an average of over $25 million per season with the Detroit Pistons and Cleveland Cavaliers, prior to being bought out and joining the Lakers. Now he’ll play for the veteran minimum as Joel Embiid’s backup next season with the Philadelphia 76ers.

We’ve seen lots of players use these one-year “prove it” deals to earn a more lucrative contract the following offseason, but this has to be a big hit for Drummond’s ego as well as his bank account.

One of the best parts about NBA free agency is that you get to watch players cash in after years of hard work. Duncan Robinson and Norman Powell stand out among this year’s class, both agreeing to five-year, $90 million contracts on Monday. Robinson worked his way up from Division III Williams College to become one of the league’s most deadly and prolific 3-point shooters. His deal with the Miami Heat is the largest ever for an undrafted NBA player.

Powell was a second-round pick who spent time in the G League before carving out a role with the Toronto Raptors and eventually being traded to the Portland Trail Blazers, with whom he’ll ink his long-term deal.

There’s a ton of money being thrown around in professional sports, but these stories of players sticking with their dreams to achieve ultimate financial security are truly heartwarming.

The Bucks were all set to be a big winner of the first day of free agency after Bobby Portis elected to re-sign with the defending champs at a below-market rate of two years, $9 million. But then, in one of the bigger twists of the offseason so far, it was announced that veteran forward P.J. Tucker intends to sign with the Miami Heat. This was quite a shock given how important Tucker was for the Bucks in their pursuit of a championship and what a bond he seemed to form with his teammates and the city of Milwaukee. Tucker took to Instagram on Monday and seemed to insinuate that he would have stayed in Milwaukee, but negotiations didn’t go how he’d hoped.

“Wow. I’m still a little lost for words to be honest,” Tucker wrote on Instagram. “Still in shook but it is what it is. Today took a hard turn on the road of my career but like my grandma used to tell me.. all you can control is what you can control.”

It will be nearly impossible to replace Tucker given Milwaukee’s financial restraints — though they did reportedly agree to terms with bulky forwards Semi Ojeleye and Rodney Hood, as well as veteran guard George Hill —  and the Bucks could seriously regret not re-signing Tucker if they’re facing big wings like Kevin Durant, Jayson Tatum or LeBron James in next year’s playoffs.

Any time you sign a $100 million contract, you’re a winner. The Cavaliers decided that Allen is an important part of their future, and rewarded the 23-year-old center with a five-year deal that reportedly reached nine figures — not bad for the No. 22 overall pick in 2017. The Cavs just drafted big man Evan Mobley with the No. 3 pick in Thursday’s draft, but clearly, they feel that he and Allen can co-exist given Mobley’s guard skills and passing ability. Locking up Allen gives Cleveland an interesting one-two big-man punch for the foreseeable future. 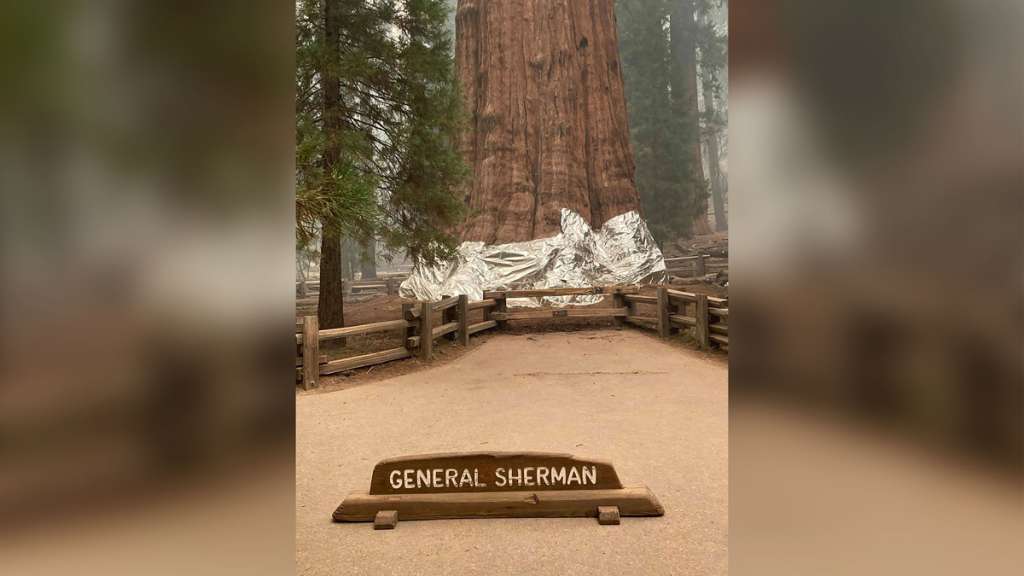 Crews watching weather as wildfire burns near sequoias
4 mins ago 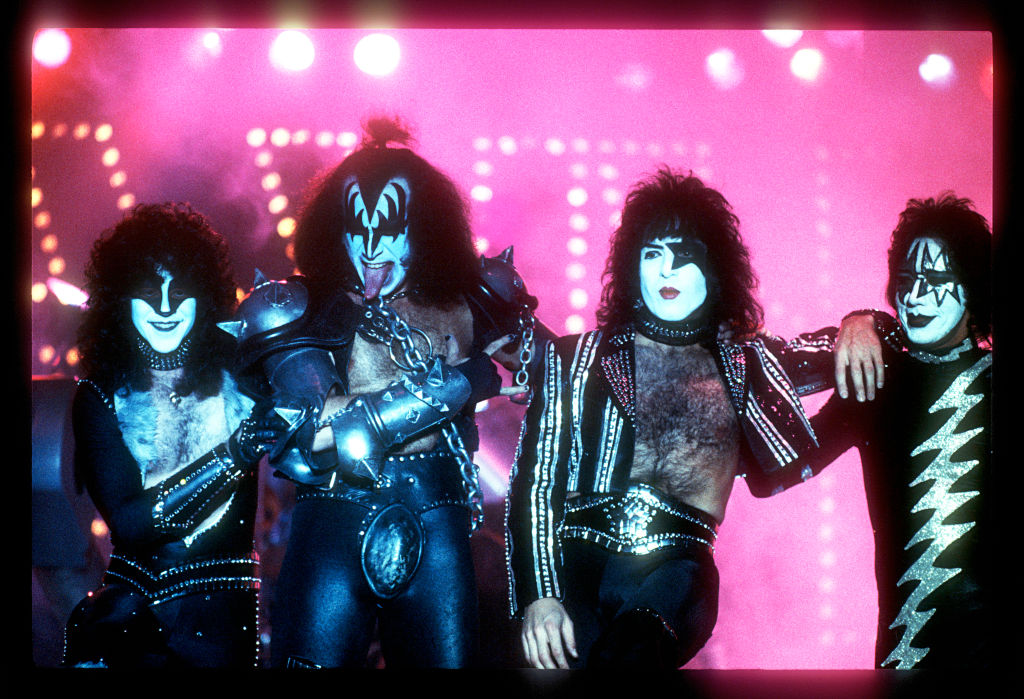