On the first day of free agency, Dwight Howard prematurely tweeted that he was re-signing with the Los Angeles Lakers before they replaced him with Montrezl Harrell and Howard went to the Philadelphia 76ers; the Detroit Pistons have cornered the market on backup centers; and Fred VanVleet, Gordon Hayward and Bogdan Bogdanovic remain on the market.

If that one-sentence recap isn’t enough of a breakdown, here are seven thoughts on the deals that have gone down:

The Lakers got a discount on the Sixth Man of the Year, adding him for the midlevel exception (two years, $19 million, with a player option on the second season). This dismayed Clippers guard Patrick Beverley:

Harrell turned down more money from the Charlotte Hornets, according to the Los Angeles Times‘ Brad Turner. With the Lakers, he can compete for a championship next season and hit free agency again when more teams will have cap space.

Together with Los Angeles’ agreement to sign Wesley Matthews, who took the bi-annual exception (one year, $3.6 million) to slide into Danny Green’s role, the champs’ roster is taking shape. Harrell is an excellent pick-and-roll partner for the newly acquired Dennis Schroder, and his game has developed to the point where he can be another source of offense for the Lakers in the halfcourt. Frank Vogel’s coaching staff won’t have to worry as much about staggering LeBron James and Anthony Davis, both of whom might need their minutes reduced at the beginning of the regular season because of the quick turnaround.

But the fit could be cleaner. Harrell does nothing to fix the Lakers’ spacing, and it’ll be hard to use Davis as a roll man when he’s on the court. On defense, opposing teams will target Harrell in pick-and-rolls in the playoffs. When that happened to Howard, Vogel could just bench him and make Davis the lone big, but, as we saw with the Clippers a couple of months ago, that’s a trickier proposition when the player being targeted is this talented. If Doc Rivers wouldn’t sit a clearly diminished version of Harrell, would Vogel sit him when he’s contributing on offense like his normal self? Is it a little weird that I have to ask this question about Los Angeles’ biggest offseason acquisition?

The Hawks have decided it is imperative to make the playoffs, so 32-year-old Danilo Gallinari is on the way. He’s getting a three-year, $61.5 million contract.

There’s a lot to love about Gallinari’s game. He’s always been crafty with and without the ball and able to get to the free throw line, a true threat from anywhere on the floor. At this stage of his career, though, he’s not as versatile or quick laterally as he used to be. The younger version of Gallinari could slot in as a small forward next to John Collins and Clint Capela, but this one should play at the four full-time.

Saying hello to Gallinari might mean saying goodbye to Collins. The 23-year-old big man is eligible for a contract extension, and maybe the Hawks want to avoid playing the restricted-free-agency game with him next summer. I am curious about what they might be able to get back for him, and if they do trade him, I wonder how we’ll look back at the Capela and Gallinari moves in a few years.

Collins paired extremely well with Trey Young in the pick-and-roll, and he’s been trying to develop into a do-it-all offensive player and a more reliable defender. From a certain angle, the Capela acquisition could be viewed as a bet that Collins would fulfill his potential, rather than a hedge against him doing so. It is much more difficult to frame the Gallinari acquisition that way.

Coming off a torn Achilles, Rodney Hood re-signed with the Portland Trail Blazers for two years and $21 million, with a non-guaranteed second season. The Blazers also reached an agreement with forward Derrick Jones Jr. for two years and $19 million. This pair of moves is a microcosm of their offseason, in which the front office has built a team that is essentially a remix of the one that went to the Western Conference finals in 2019.

Enes Kanter, acquired in a trade with the Celtics, is back. Gary Trent Jr. and Robert Covington provide the defense that they had with Moe Harkless and Al-Farouq Aminu, but with far superior shooting. These Blazers might not get as far as that team did two years ago, but the roster is better and more balanced now.

One question: How serious are they about re-signing Carmelo Anthony? The Athletic’s David Aldridge reported they’d still like to bring him back, but with Covington and Jones in the mix, I don’t get it.

Another question, particularly if they do keep Anthony: How do they feel about Zach Collins? Like Collins, he is eligible for an extension.

Daryl Morey earned a reputation as something of a revolutionary with the Houston Rockets, never afraid of making unpopular or unconventional decisions. His approach to reshaping the Philadelphia 76ers, though, has not been radical in any way. It has been startlingly simple.

To fill the void at backup center left by swapping Al Horford for Green, Philadelphia nabbed Howard on a one-year contract for the veteran minimum. Howard turns 35 in December, and the Sixers just need him to protect the rim, clean the glass and catch alley-oops. He had his most productive season in years by doing just that for the Lakers. I am not particularly excited about Howard going to Philadelphia, but it makes sense, just like putting shooters around Ben Simmons and Joel Embiid makes sense.

The Howard signing stood out not only because of the way the Sixers had allocated their resources last season, but because of the number of backup centers drafted in the middle of the first round on Wednesday and signed to above-minimum contracts at the beginning of free agency. The last few days have been, uh, strange.

Morris on the move?

The Denver Nuggets have signed Argentinian point guard Facundo Campazzo to a two-year deal, and they’re maintaining that they can play him next to Monte Morris, per the Denver Post‘s Mike Singer. I am skeptical.

On offense, the fit seems just fine. Campazzo is a passing genius, and Morris has already shown himself to be capable of sharing the court with other playmakers. This seems like a disaster on the other end, though, and then there is the practical matter of finding enough minutes for both of them behind Jamal Murray.

Morris, one of the best backup point guards in the league, is — you guessed it! — eligible for a contract extension. Smart teams will try to pry him away.

Just re-sign and worry about the rest later?

The Minnesota Timberwolves retained Malik Beasley for four years and $60 million, with a team option on the final season. This might seem like a surprising move, given that they just drafted another scoring-minded shooting guard with the No. 1 pick in the draft, but that doesn’t mean it’s a bad one.

Beasley arrived in Minnesota in the trade that sent Robert Covington to the Rockets in February, and he shot the lights out before the hiatus. His best skill, getting buckets, isn’t the Wolves’ primary need right now, but if they couldn’t find a sign-and-trade that would help them, then they had to choose between re-signing him and losing him for nothing. Making $15 million per season, they can always trade him down the road.

The Clippers seemingly chose to let Harrell walk for nothing, but they re-signed 31-year-old forward Marcus Morris for on a four-year deal worth $16 million per season. Given the pressure they’re under to win a title, and given all of the draft picks they’ve traded, it’s hard to see how they had any other option but to pay up. If he plays out this contract with the Clippers and is a bit overpaid at the end of it, so be it.

There is a point, however, when “just re-sign him and worry about the rest later” becomes untenable. That’s what I assumed had happened when Jerami Grant left the Nuggets for a three-year, $60 million deal with the Detroit Pistons, but it turns out this was not about the money. As first reported by T.J. McBride of Mile High Sports, Denver was prepared to match the offer, but Grant wanted a bigger role. At that price, losing out on Grant might be a blessing in disguise, since the Nuggets were able to scoop up JaMychal Green for two years and $15 million.

For Rockets, Wood works either way

The beauty of the Rockets reaching an agreement with Christian Wood (three years, $41 million) is that it is a good move regardless of what kind of team they field this season. If they don’t trade James Harden and can’t trade Russell Westbrook, then he’ll complement them. If they tear it all down, they can start over with a talented 25-year-old big man under contract.

Neither Harden nor Westbrook has played with a big man who can shoot and catch lobs since being on the same team as a young Serge Ibaka (and Ibaka didn’t start taking threes until after the Harden trade). If this year’s Rockets roster somewhat resembles last year’s, then Wood will step into Covington’s spot — he’s not on Covington’s level as a defender, but is a totally different type of weapon on offense.

Wood doesn’t change the fact that Houston is in a difficult position with its two max players. If he can keep playing the way he did leading up to the hiatus, though, the Rockets will be in a much better place than they would have been without him.

For more on the player movement: CBS Sports’ free-agent tracker. 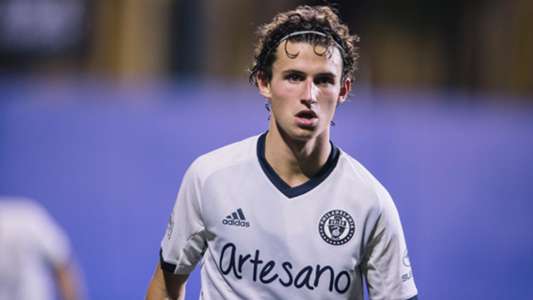 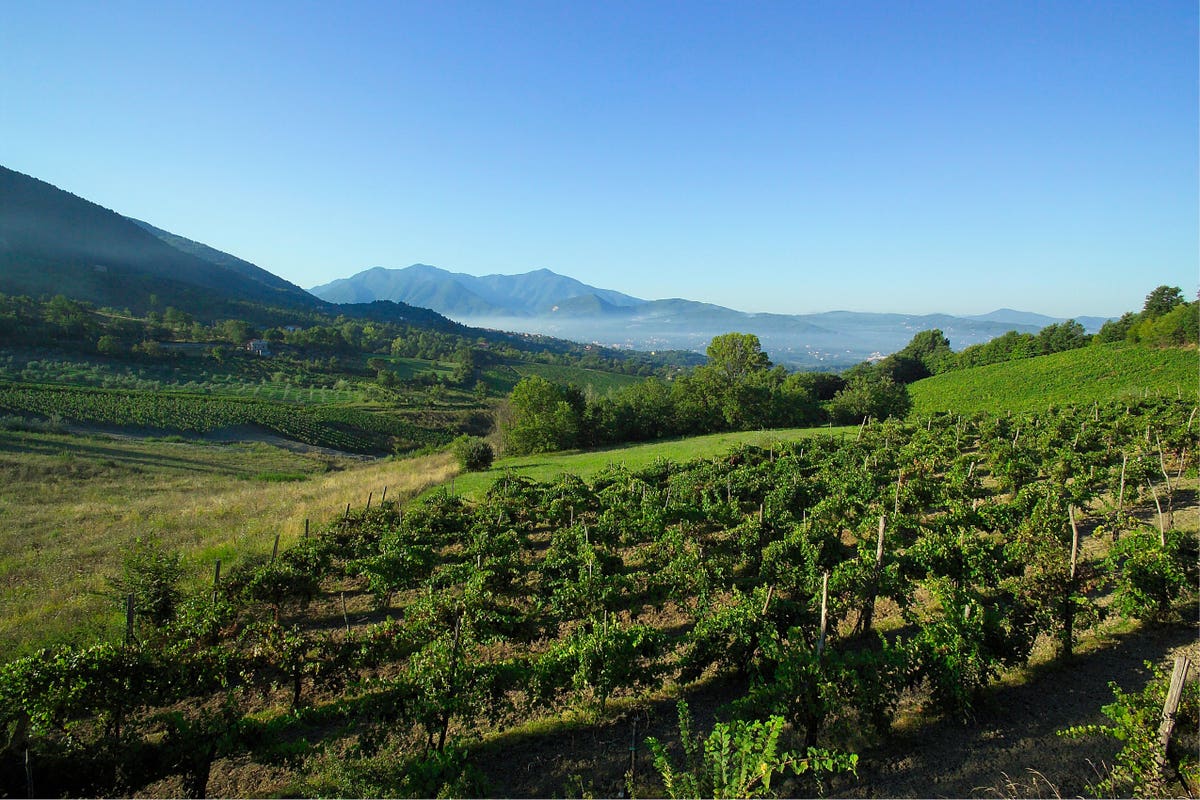 Did pollution kill Brit girl? Inquest to find out
4 mins ago

Did pollution kill Brit girl? Inquest to find out 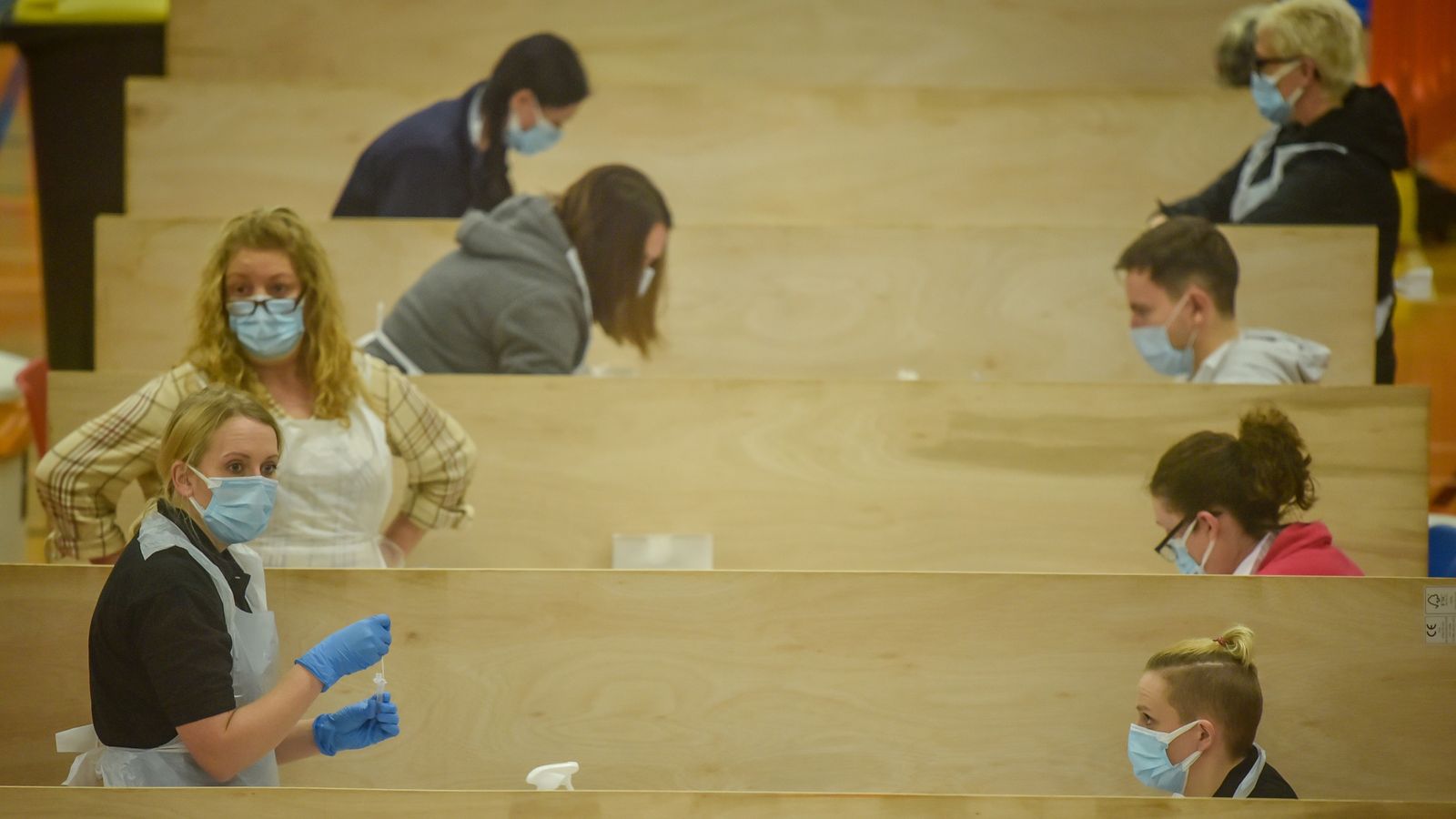 COVID-19: Tier 3 areas may have to wait until ‘January and beyond’ for mass testing
5 mins ago

COVID-19: Tier 3 areas may have to wait until ‘January and beyond’ for mass testing