When Mads Roerslev first arrived at Brentford from FC Copenhagen in the autumn of 2019, the young defender was not quite ready for the immediate challenge of the Championship.

Fortunately, Brentford had the perfect plan to prepare him for what was to come. The Dane initially linked up with their B team squad – the group set up when this innovative club made the bold decision to restructure their traditional academy set-up five season ago.

“When Mads came into the building, it was about recognising what he was missing,” B team head coach Neil MacFarlane tells Sky Sports. “I felt that was confidence so we made sure he felt believed in. Now he is doing well in the first team. That is the whole strategy.”

Roerslev started against Bournemouth in the first leg of Brentford’s play-off semi-final on Monday evening and will hope to feature in the second leg on Saturday too. His story is not unique at this club. This season alone there have been six debutants from the B team.

“It is not easy getting into a team that is doing so well but this has been a really fruitful year for the B team,” says MacFarlane, the former Coventry City assistant manager.

“One of the main examples has to be Fin Stevens. He was playing for Worthing and we brought him into the strategy at 17, trained him relentlessly, pushed him. He started to get more training sessions with the first team, played in the FA Cup.

“Then he came on against Preston in the league. He has had an incredible year. It just shows the pathway is there for that young player coming in from Worthing.”

Stevens joined from non-League but prior to that he had been released by Arsenal’s academy at 16 – an irony given that Brentford’s change of course came in part as a result of seeing Ian Poveda depart for Manchester City for a nominal fee at that same age.

“We have role reversed it,” says MacFarlane. “We are taking players who did not quite make it at other clubs and trying to polish them. This club made a decision to step away from the academy and it is definitely working. The amount of debuts, the performances.

“Having only the two teams is important. Players know there is a pathway here. We have 40 players all in the one environment with the same aim of making the first team better. At other clubs, there might be 80 players and no pathway.

“Players smell opportunity and that is important when you are selling the idea to players. It does not matter how well I am doing this role, if the players do not smell the pathway it is more difficult. They have to feel that. That is what drives them.”

Brentford are not tied to the standard games programme of other clubs in English football’s top tiers. They still play against U23 opposition, picking up wins over Arsenal and Chelsea, but the B team mix things up. Last season, there were tours to Portugal and Cyprus.

While trips abroad have been curtailed due to the pandemic, Brentford have filled the gaps in their calendar with more matches against non-League opposition.

“It gives us that variety in our games programme. I watch a lot of U23s football and every game becomes pure. When we include games against Bromley, Aldershot and Maidenhead, the boys are asked to deal with different tactical aspects. The basics of football.

“We make sure we are testing the players. Our average age might be 18, theirs is 24 or 25. You are getting tested against men, in different ways to the pure ways of U23 football. We have played Charlton’s first team, Wimbledon’s first team. We get a lot of variety.

“We can be flexible with it because we are not in a league so we can pick the best fixtures for the development of the players. Can you win the first contact? The second contact? Can you be competitive in your duels and deal with that one moment from a set play?

“They get that balance that is really important.

“I think it is working.”

MacFarlane’s own background is telling.

He had seven years of experience coaching senior players as assistant manager to former Hearts team-mate Steven Pressley at Falkirk, Coventry, Fleetwood and even with Pafos in Cyprus. His most recent role had been as manager of Kidderminster Harriers.

For the Scot, the appeal of Brentford was the stability of the structure and the chance to work with talented young players.

For Brentford, part of the appeal of MacFarlane was that though he wanted to work with youngsters, he brought a first-team mentality to the role. “I treat them like first-team players,” he says.

“I have demands. I push them relentlessly for their benefit. I am a really intense coach but I am also empathetic, especially this year of all years, during which the club have been magnificent in supporting everyone through the pandemic.

“You have to get the players game-ready. Intense training sessions to ensure they are mentally and physically prepared. We push them to the limits. It might sound like the basics but I don’t believe anyone can fulfil their true potential until they are at optimum fitness.

“Young players want to be pushed.”

“Thomas is fantastic. First and foremost, he is an amazing person, a good human being. He is terrific with the group and what he has done at the football club has been nothing short of sensational. He has been good with me. There is a constant dialogue.

“The pathway is there for everyone.”

Nothing illustrated that more clearly than what happened when Frank tested positive for coronavirus on the eve of Brentford’s FA Cup third-round tie against Middlesbrough. MacFarlane, his B team staff and many of the players, stepped up and duly won the match.

“I was more pleased for the staff than myself, getting that experience. It was a nice moment because some of the B team players were getting first-team debuts that day.”

“The style of play is very aligned anyway,” he adds.

“The recruitment team here do a fantastic job and are active in ensuring that the same amount of effort goes into recruiting players for the B team as the first team.

“We want to play the same way, so we build up from the back, through the same phases. They knew that I was a high-press coach, but we are adaptable too. We have to find a way to get the best players into the team. That should always be the way.

“The tweaks to the system help the players develop.

“The principles remain but you have to be flexible because the B team is never the same week to week. Our job is to supplement the first team so Charlie Goode came down and played a game for us. It is about making sure they are ready when Thomas needs them.”

Circumstances dictate that Brentford must evolve. Brexit makes their intelligent recruitment from overseas more difficult but they are confident that the British market can be exploited. “The pleasing thing from talking to players is that they all want to come to us.”

Promotion to the Premier League would change the job too, but that is what Brentford have been building towards – literally, in the case of their new stadium – for some time now.

“That is the dream, the next step,” says MacFarlane. “Whether it is this year or next year, I am confident that it will happen at some point because of the structure of the club.”

That structure means that when Brentford need their next player, they know that the first place to look is not to the market, but their own B team, confident that he will be ready. 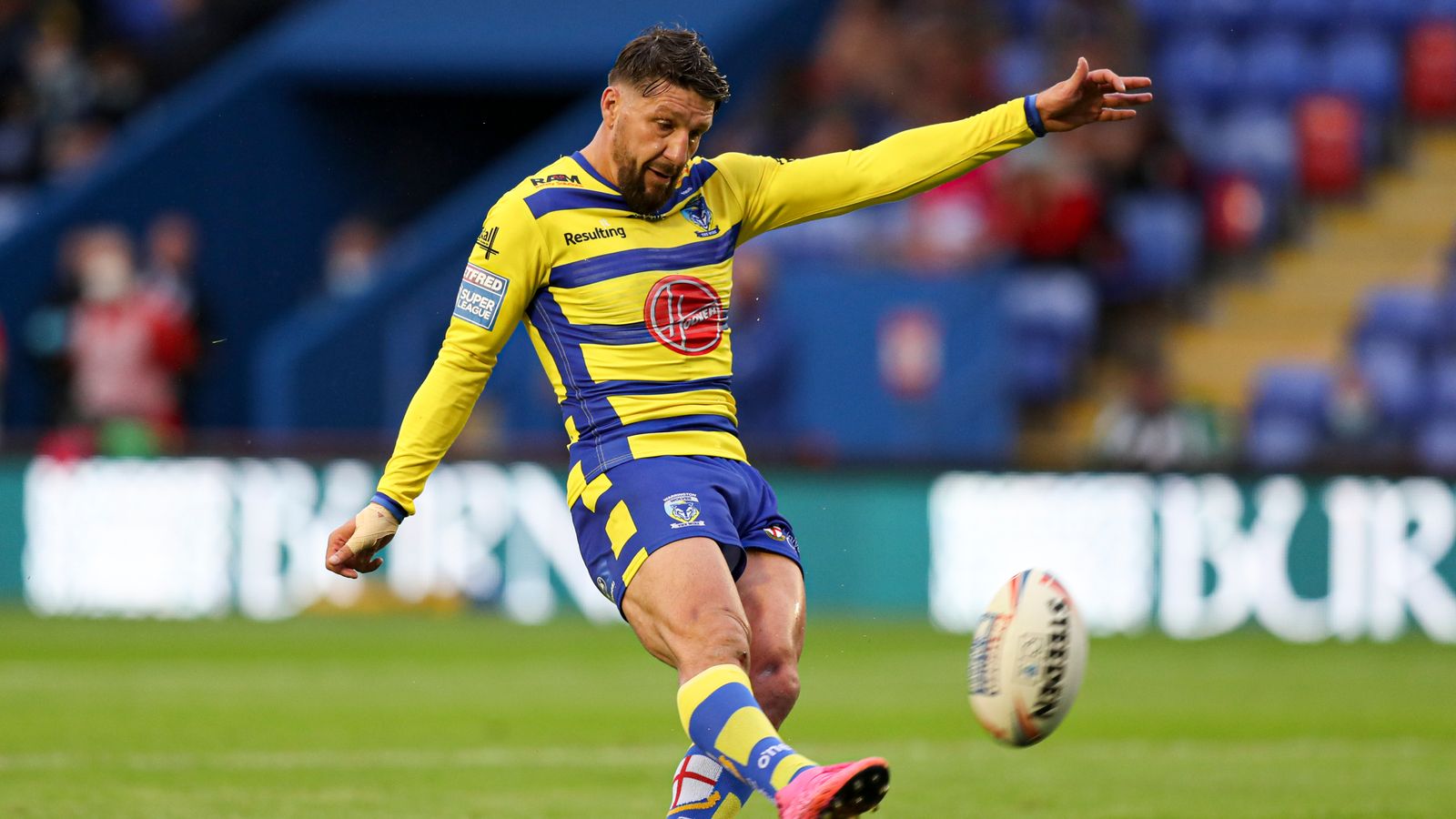 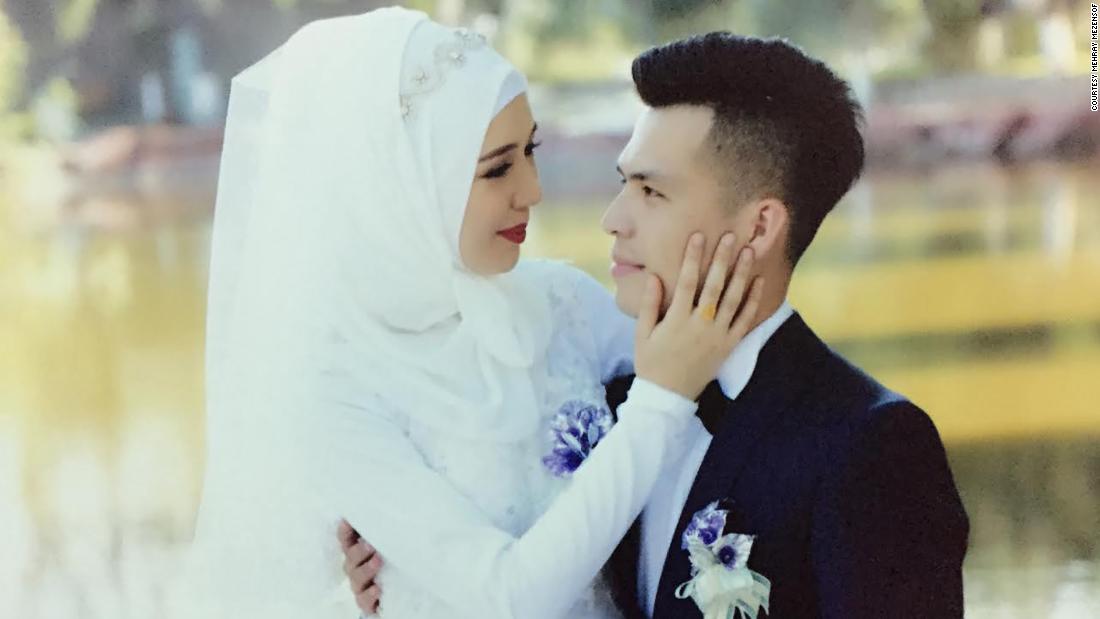 Uyghurs in Xinjiang are being given long prison sentences. Their families say they have done nothing wrong
23 seconds ago

Uyghurs in Xinjiang are being given long prison sentences. Their families say they have done nothing wrong 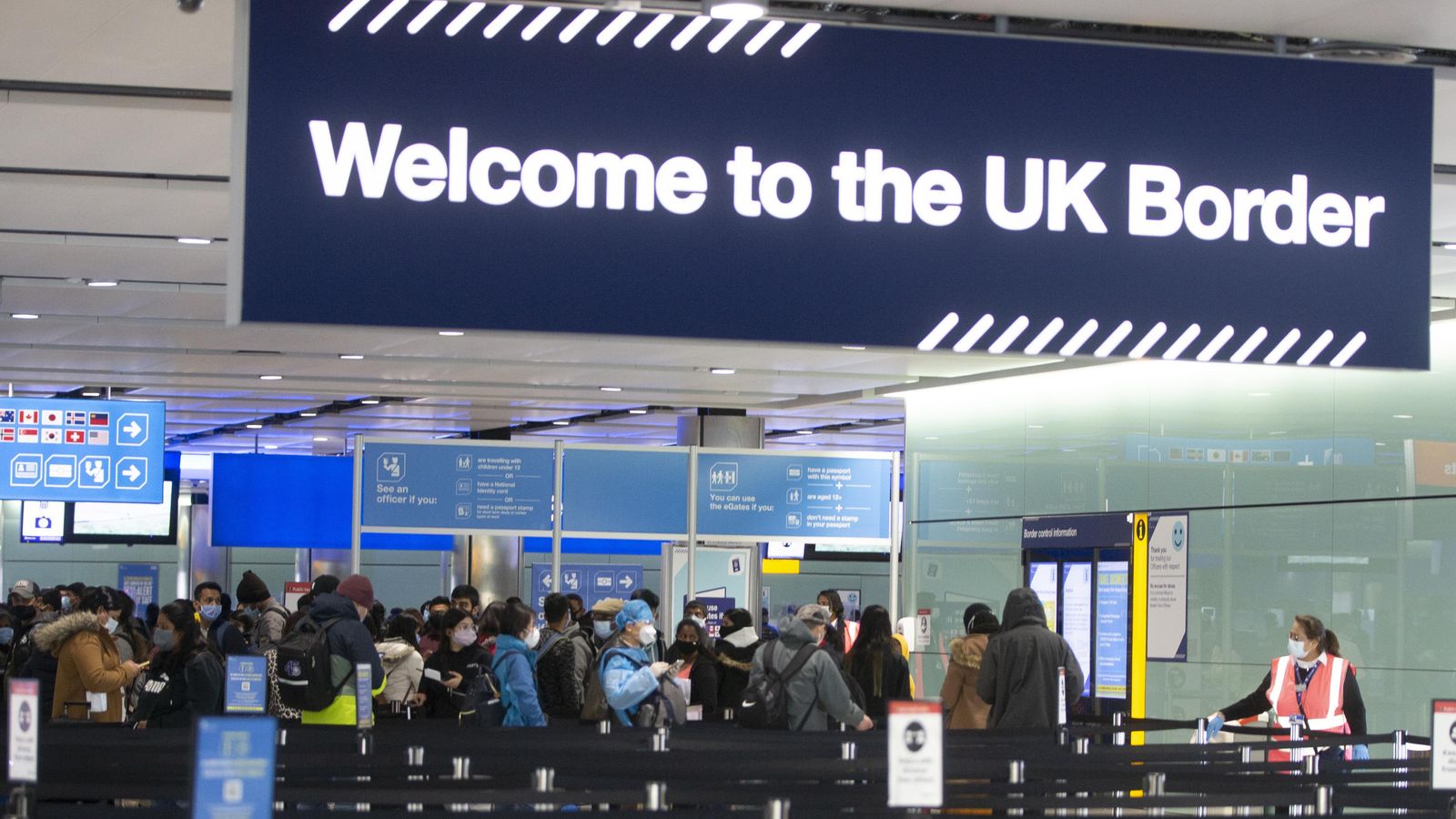 COVID-19: Double-jabbed holidaymakers returning from amber list countries won’t have to isolate ‘later in the summer’, government plans
2 mins ago 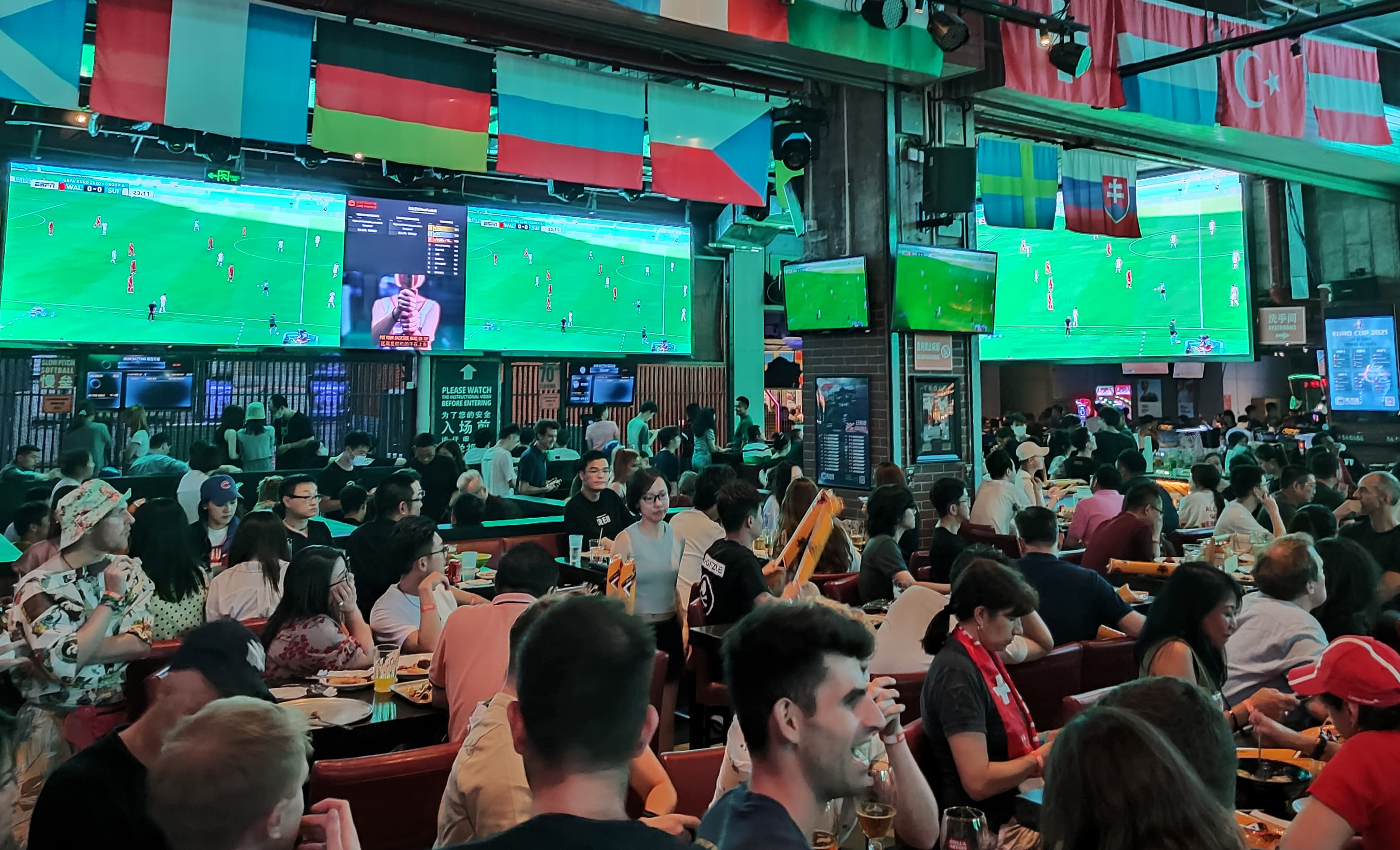 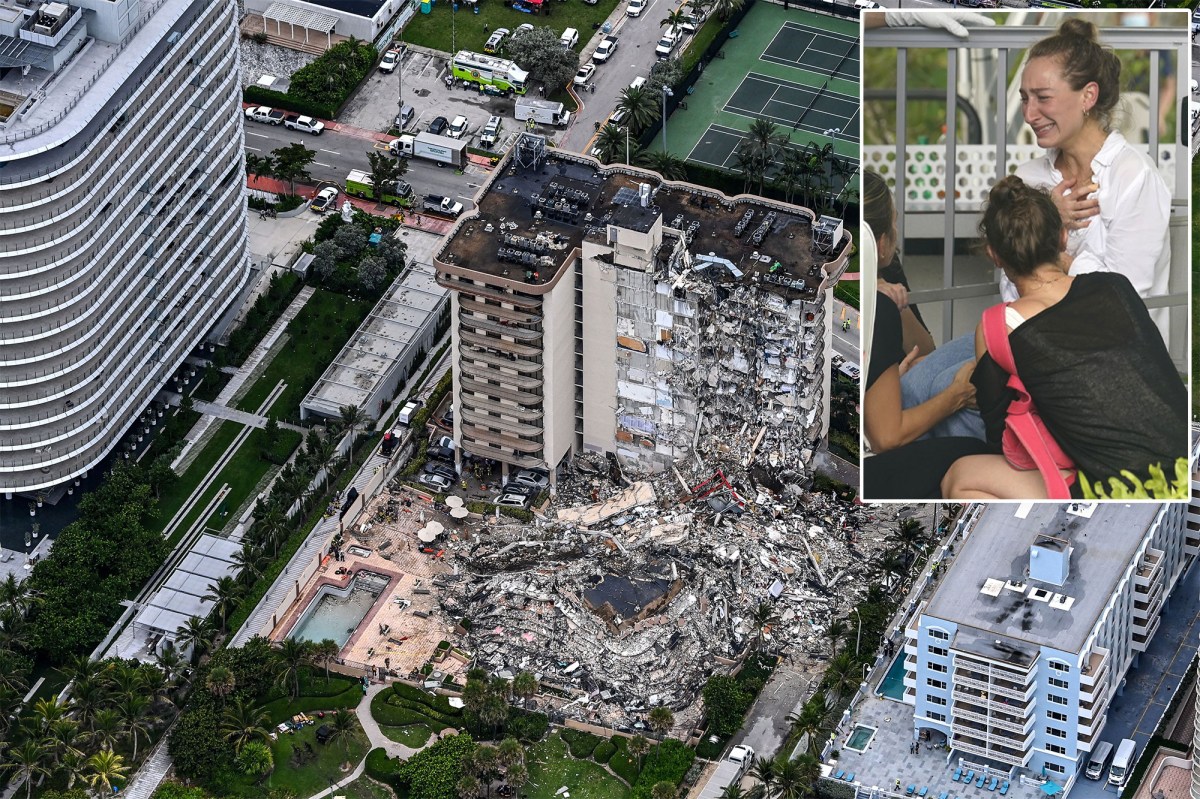 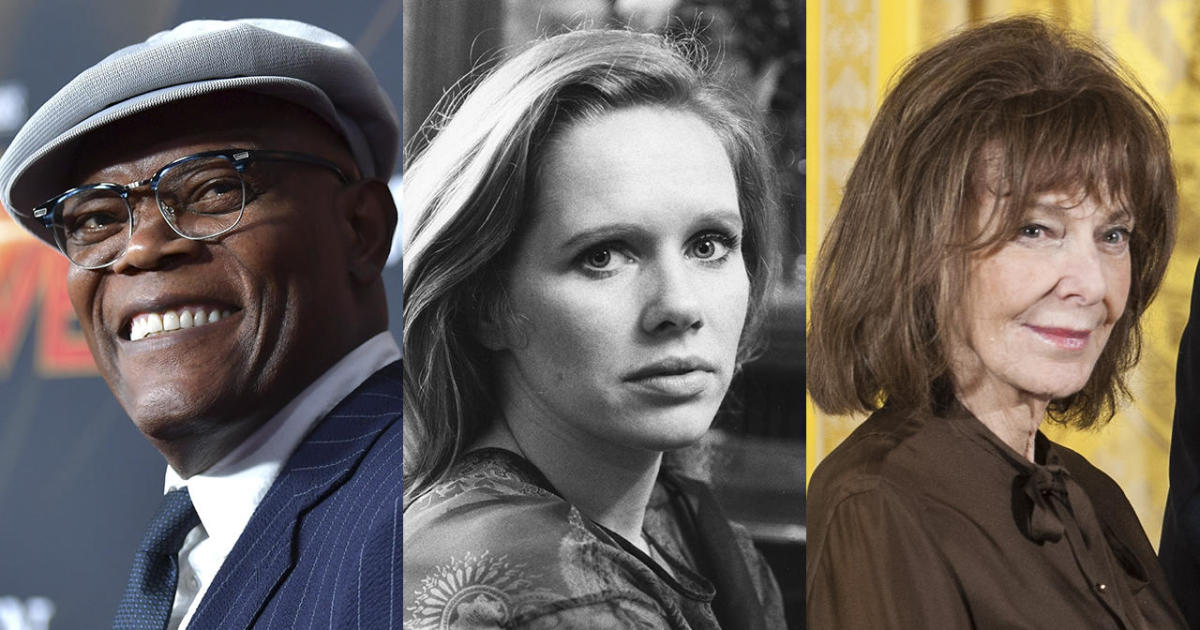