The doctor at the centre of a COVID-19 outbreak in the Campbellton, N.B., area says he’s not sure whether he picked up the coronavirus during a trip to Quebec or from a patient in his office.

Dr. Jean Robert Ngola made the comments to Radio-Canada’s program La Matinale on Tuesday morning — his first media interview since the emergence of 12 new cases in the northern New Brunswick health region starting May 21. Before then, it had been two weeks since the province had an active case.

Ngola has been suspended by the Vitalité Health Network, one of the province’s two regional health authorities. He said he decided to speak out because he’s become the target of racist verbal attacks daily and false reports to police, and he feels abandoned by public health officials.

He has been working as a doctor in Campbellton since 2013. He previously practised in Europe and in the Democratic Republic of Congo.

Ngola said he did not self-isolate after returning from an overnight return trip to Quebec to pick up his four-year-old daughter. Her mother had to travel to Africa for her father’s funeral.

“What was I supposed to do?” he said in French. “Leave her there alone?”

Ngola said he drove straight there and back with no stops and had no contact with anyone. He said none of his family members had any COVID-19 symptoms at the time.

He returned to work at the Campbellton Regional Hospital the next day.

“Maybe it was an error in judgment,” said Ngola, pointing out that workers, including nurses who live in Quebec, cross the border each day with no 14-day isolation period required.

“Who hasn’t made an error in judgment?” he said. “That’s why I have compassion towards everyone.”

‘How many people are unwitting carriers?’

Ngola said he received a call from a public health official on May 25 informing him one of his patients had tested positive.

Ngola had seen the man May 19 for a prescription renewal or something that did not require any touching or a physical exam. He said the man had no COVID-19 symptoms and was wearing a mask.

Ngola said he immediately called the patient, who had cold-like symptoms and was doing OK.

He said he cancelled his shift that night at the hospital and got a test for himself and his daughter. Neither of them were showing symptoms, but they both tested positive.

Ngola said he still doesn’t know how they were infected.

“Who can say? … The virus is circulating everywhere. … How many people are unwitting carriers?”

He said one hour after he spoke with hospital and public health officials about his contacts to facilitate the investigation and protect the public, his name, face and address were being advertised all over the internet as “the bad doctor who brought the virus to kill people.”

Ngola said that’s not who he is.

“I only have compassion towards sick patients … the role of doctors is to care, to heal, to help … not to spread viruses.”

Premier Blaine Higgs labelled the doctor’s actions as “irresponsible” in a May 27 press conference.

“If you ignore the rules, you put your family, your friends and your fellow New Brunswickers at risk,” Higgs said at the time.

There are 12 active in cases in the province — all in the Campbellton health region, known as Zone 5. Four residents and a staff member at a long-term care facility in Atholville are among the most recent cases.

Ngola said he’s been looking into the people making hateful posts, and most are from outside the region. He said he feels they are trying to incite violence against him because he is black.

He said he’s been getting accusatory calls from people in the United States, Africa and Europe, and people are also making false reports about him to local police.

Ngola said he is not pleased with the way he’s being treated by public officials.

“I’m a patient. I have a right to confidentiality, to protection from the system.”

He said he remains devoted to serving the community.

“I have a family. I have a right to live. Please, I’m not a criminal.” 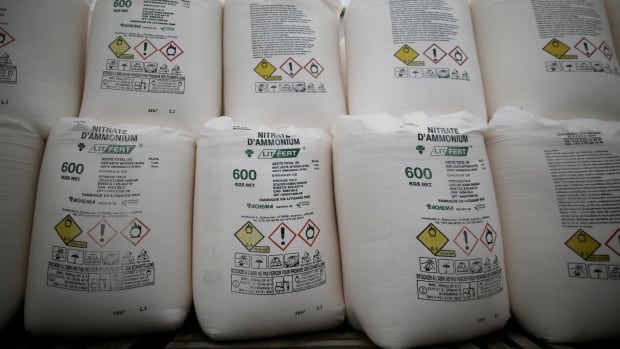