The only thing clear about Democratic presidential nominee Joe Biden’s position on whether he supports the push by some in his party to add justices to the Supreme Court is that it will apparently remain unclear until the Nov. 3 election.

Since the Sept. 18 death of Justice Ruth Bader Ginsburg and the likelihood Republicans will replace her with staunch conservative Amy Coney Barrett, Biden has steadfastly refused to take a position on whether the agenda for a Democratic-controlled White House and Congress should include expanding the nine-person high court to offset what would be its pronounced rightward tilt. He’s argued it’s a distraction from more pressing issues, especially President Donald Trump’s ineffectual response to the coronavirus pandemic and his support of a GOP-fueled lawsuit that could strip many Americans of their health care insurance and protections.

“It’s a legitimate question,” Biden acknowledged in an interview with a Green Bay, Wisconsin, TV station shortly after Ginsburg’s death. “But let me tell you why I’m not going to answer that question: because it will shift all the focus. That’s what [Trump] wants. He never wants to talk about the issue at hand. He always tries to change the subject.”

He’s been repeating that answer, most recently on Thursday. “You’ll know my position on court-packing the day after the election,” he told reporters in Arizona.

Biden’s evasiveness should and will draw continued scrutiny from the press and Republicans. But the electorate is unlikely to put much pressure on him to take a hard stance on expanding a court whose operations and impact are mainly understood by committed partisan voters.

The Biden campaign is instead hoping to keep the focus on both the hypocrisy of moving on a nomination shortly before the election and the threat Barrett’s confirmation by the Senate to replace Ginsburg poses to the Affordable Care Act. The Supreme Court is set to hear arguments shortly after the election on the GOP lawsuit that Trump backs to throw out the health care law.

“We are not engaging in hypotheticals that Trump and Senate Republicans are pushing to distract from the fact they are trying to ram a nomination through while an election is underway,” a Biden aide told HuffPost on Friday. “We’ll keep focusing on the immediate crises facing working families across the country.”

Republicans said Biden’s refusal to dismiss the court-expansion idea outright shows he’s secretly the radical liberal they’ve tried to portray him as all along ― with little success. After his running mate, Sen. Kamala Harris of California, similarly dodged the question during her Wednesday debate with Vice President Mike Pence, he insisted, “The straight answer is they are going to pack the Supreme Court if they somehow win this election.”

Liberal groups have argued that the GOP has stolen, in essence, multiple seats on the court, either by backing nominees who lied during their confirmation processes or by blocking President Barack Obama’s from filling a vacancy that occurred early in 2016. At the time, Republicans who controlled the Senate argued that whoever won that year’s presidential election should pick the next justice ― a position they’ve now abandoned in moving forward to confirm Barrett as this year’s vote looms.

The progressive groups assert that especially given this context, a failure to expand the court by adding liberal-leaning justices would amount to letting Republicans seize control of one branch of government for decades even as conservative positions and policies decline in popularity.

The expansion proposal did not attract significant support during the 2020 Democratic presidential primaries. While a host of candidates, including Sens. Elizabeth Warren of Massachusetts and Cory Booker of New Jersey, said they were open to the idea, only one ― billionaire party donor Tom Steyer ― actually committed to it.

Biden took a hardline stance against the idea during the primary, saying it would threaten the legitimacy of the judiciary, which polls have shown has long been regarded by the public as the most trustworthy part of the federal government. He stressed that Democrats should focus on winning control of the Senate to make their own judicial appointments.

“I’m not prepared to go on and try to pack the court, because we’ll live to rue that day,” he told Iowa Starting Line in July 2019.

“We begin to lose any credibility the court has at all,” he said in an October Democratic primary debate. “I would not pack the court.”

The question now is whether Ginsburg’s death Trump’s push to replace her with Barrett has changed the political calculation for Biden and the broader Democratic coalition. Those backing an expansion of the court argue that Republicans filling Ginsburg’s seat after blocking Obama in 2016 justifies a more aggressive response to seize control of a court they argue is already hopelessly politicized.

I think the reason Republicans keep raising this is a matter of political strategy. Their political strategy is to get Americans talking about anything but the immediate issue at hand.
Former Democratic presidential contender Pete Buttigieg

Part and parcel of that more aggressive approach is the idea that a Democratic-controlled White House and Congress should also move to eliminate the Senate filibuster rule that means a super-majority of 60 votes is needed to advance major legislation in the 100-member chamber.

Although Biden is known as a defender of Senate tradition, having served there for more than four decades, he recently opened the door to nixing the supermajority requirement that has become increasingly pervasive in recent years.

After steadily opposing the idea throughout the Democratic primary, Biden said in July his willingness to eliminate the filibuster would hinge on whether Republicans unfairly obstruct his agenda if he were to assume the presidency next year. More Senate Democrats have warmed to the move after Obama endorsed it earlier this year.

If the GOP’s goal is to drive a wedge between Biden and his left flank by demanding he take a position on court-packing, it’s not clear they’re having much success. Brian Fallon, founder and executive director of Demand Justice, a progressive judicial advocacy group, called Biden’s non-answer on court-packing “great.”

In a Twitter post Fallon said it seemed “perfectly reasonable to me” if Biden’s position “depends on knowing whether [the] GOP truly follows through on jamming Amy Coney Barrett through before the election,”

More broadly, little evidence exists that the public cares a great deal about the fight over expansion. Although in polling, more voters have named the Supreme Court as a top issue in the election since Ginsburg’s death, it remains less important than health care, the pandemic and the economy in most surveys.

Voters generally know little about the court: A 2018 C-SPAN survey found 52% of Americans couldn’t name a single one of the nine justices, even as an overwhelming majority of likely voters said they believed the court played a major role in shaping their lives.

A Fox News survey released earlier this week showed that the court-packing battle hasn’t become a political flashpoint. Among registered voters, 39% supported increasing the number of justices and 39% opposed the idea. Notably, the partisan split was smaller than on most policy issues ― 42% of Democrats supported an increase, as did 39% of Republicans ― indicating most voters have relatively little idea of the political and policy consequences.

Buttigieg, now an adviser to Biden’s campaign, said the former vice president was right not to take the bait and generate headlines about a hypothetical that could drown out what Democrats want to talk right now: next week’s confirmation hearings for Barrett and what a 6-3 conservative majority could mean for health care, abortion rights, workers’ rights, and other hot-button issues.

“I think the reason Republicans keep raising this is a matter of political strategy. Their political strategy is to get Americans talking about anything but the immediate issue at hand,” Buttigieg said Friday during a live interview with The Washington Post.

“It could also distract from the simple fact that the majority of Americans agree with Joe Biden and Kamala Harris that the winner of this presidential election ought to be the one to pick the next Supreme Court Justice,” he added. 5 mins ago
Check Also
Close
Featured Posts
Lala Kent on Randall Emmett Cheating Allegations: ‘I Got the F–k Out’
6 seconds ago

Lala Kent on Randall Emmett Cheating Allegations: ‘I Got the F–k Out’ 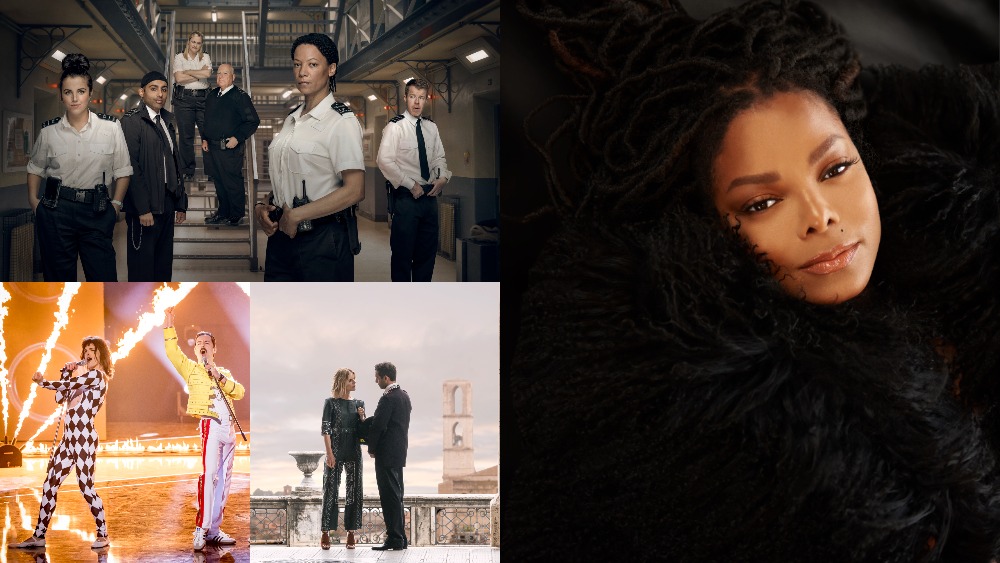