The scattered attacks occurred after a Russian strike hit a missile plant in Kyiv on Friday and as the Kremlin vowed to again start bombing what it called “military sites” in the city and surrounding areas, after retreating amid heavy losses earlier in the war.

Smoke was seen rising from the city’s southeastern Darnytski district, but it wasn’t immediately clear what was hit. The sprawling district contains apartment buildings and big-box retail outlets, along with industrial sites and railyards. Russia’s Defense Ministry said it targeted an armored-vehicle plant there.

Kyiv Mayor Vitali Klitschko warned residents who fled the city when it was under heavier attack earlier in the war not to return.

Local officials continue to discover the bodies of civilians in the suburbs and towns Russia occupied in the first month of the war.

“You forget sometimes that you’re still afraid of every sound, even if it comes from your neighbor’s house or if someone bangs a car door,” Anna Budko, a local resident, told the BBC. “You shiver and try to overcome that. No words can describe how scary it is.”

The governor of the Lviv region in western Ukraine likewise reported strikes by Russian planes in an area broadly considered safe.

Russia also continued shelling Kharkiv, Ukraine’s second-largest city, in eastern Ukraine, where what was believed to be a missile hit an outdoor market, along with residential and industrial buildings, killing at least one person and wounding 18.

And fighting continued in the besieged port city of Mariupol, which Russia hit for the first time with a Tu-22М3 long-range bomber, according to Oleksandr Motuzyanyk, a spokesman for the Ukrainian Ministry of Defense.

Missiles again hit the southern city of Mykolaiv, too, according to Ukrainian armed forces officials on Facebook.

“The enemy is trying to make the lives of the [people] as miserable as possible and sow panic,” the post said. “Unsuccessful in their ground-breaking operations, the Russians are using the destructive ‘burnt earth’ tactics from the sky.”

The developments came as Ukrainian defense officials said Saturday that Russian combat losses have exceeded 20,000, a figure that could not be independently verified. Russia claims a far lower toll, but last provided a specific number March 25, when it said it had lost 1,351 service members.

Ukrainian President Volodymyr Zelensky told CNN on Friday that “all of the countries of the world” should be prepared for the possibility that Russian President Vladimir Putin could use tactical nuclear weapons as the war continues.

He said Putin could turn to either nuclear or chemical weapons because he does not value Ukrainian lives.

The stepped-up assaults came after Russia formally mourned the sinking of the Moskva, the 12,500-ton Black Sea flagship that sank Thursday during a Ukrainian missile strike as it was being towed to port in choppy waters.

Dozens of people gathered in the Crimean city of Sevastopol, the headquarters of Russia’s Black Sea fleet, to pay tribute “to the ship and sailors,” as a wreath was placed at the monument there marking the 1696 foundation of the Russian navy.

It is not clear what happened to the Moskva’s 500-plus-member crew. Russia has claimed the “entire crew” was rescued but has not released any photos of a rescue operation.

Reuters reported that a number of people who served on the ship attended the memorial ceremony but did not specify if they were among the crew when it was hit.

“The loss of every ship, especially a flagship, is a tragedy for all those tens of thousands of people who served there for over 20 years,” said priest Georgiy Ployakov at the ceremony.

Moscow has claimed the ship sank during a fire caused by an ammunition explosion, but the US has confirmed Ukraine’s claim that it hit the guided missile cruiser with two Neptune anti-ship missiles.

Ukraine’s military stockpile is becoming a concern, CNN reported. US officials say there is a growing need to get more ammunition, particularly artillery ammunition, to Ukrainian forces. The US is shipping 18 155mm towed howitzers and 40,000 artillery rounds to Ukraine as part of an $800 million package of aid approved this week, but there’s concern that will only last a few days.

US Defense Secretary Lloyd Austin and Chairman of the Joint Chiefs of Staff Gen. Mark Milley are in daily phone calls with allies in Europe to push them to ship more weapons and supplies to Ukraine as quickly as they can.

Meanwhile, locals in Mariupol reported seeing Russian troops digging up bodies that had been hastily buried in courtyards and other impromptu spots in the city and not allowing new burials “of people killed by them.

“Why the exhumation is being carried out and where the bodies will be taken is unknown,” the Mariupol City Council said on the Telegram messaging app.

Ukrainian officials have said they expect to find evidence of atrocities in Mariupol that mirror those found in Bucha and other Kyiv-area communities after Russian retreats. More than 900 bodies have already been found in the Kyiv area. The Mariupol mayor said this week the death toll in the city could top 20,000.

In the Kharkiv region, local officials said Russian strikes have damaged a series of memorials, including one dedicated to victims of totalitarianism, and cemeteries, including one where more than 4,300 Polish prisoners of war were buried

The UN has reported 1,982 civilian deaths since the start of the war but warns the figure is an underestimate.

Zelensky said Saturday that 2,500 to 3,000 Ukrainian soldiers have been killed in the war so far and as many as 10,000 have been injured 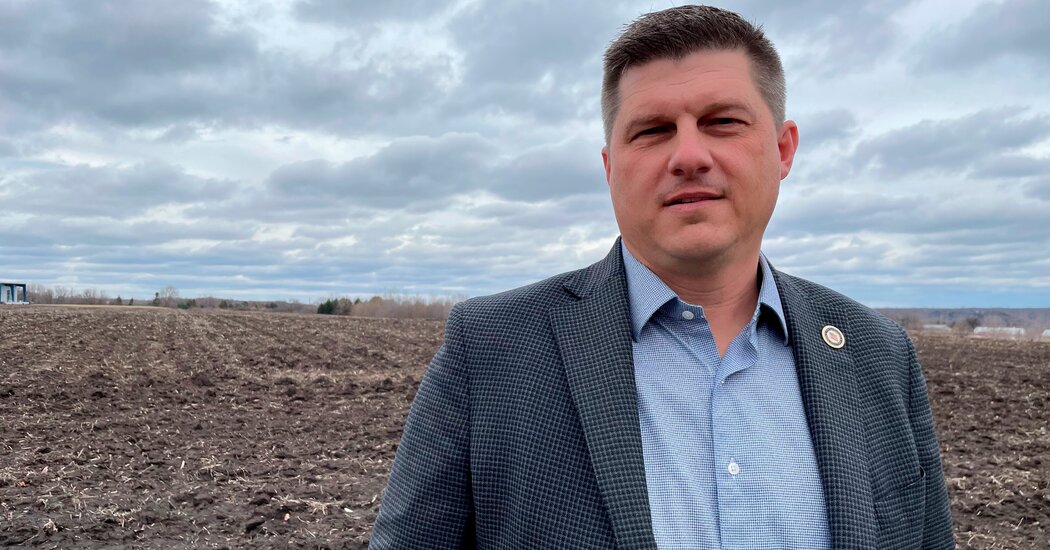 Samsung just announced two new phones that fold in half