However, on Friday, it was unclear what exactly had happened as the city announced that the remains were discovered in a refrigerated section of the Medical Examiner’s Office.

“This action lacked empathy for the victims, their family, and the deep pain that the MOVE bombing has brought to our city for nearly four decades,” Kenney said in a statement. “The Team investigating this incident will include individuals specifically approved by the Africa family and we will make every effort to resolve this matter to MOVE’s satisfaction.”

On Friday, Kenney issued another statement to say that staff in the Medical Examiner’s office had discovered a box labeled MOVE. “After comparing the contents of the box to an inventory of bone specimens and fragments from 2017, they appear to be the remains thought to have been cremated four years ago,” the statement said.

Kenney said that the family members had been informed of the discovery.

“I am relieved that these remains were found and not destroyed, however I am also very sorry for the needless pain that this ordeal has caused the Africa family. There are many unanswered questions including why the remains were not cremated as Dr. Farley directed. There are also clearly many areas for improvement in procedures used by the Medical Examiner’s Office.”

Mike Africa, Jr. a member of the MOVE group who knew and is related to victims who died in the bombing, told CNN that it was unclear how many people’s remains had been discovered in the box.

“They found out that the remains had not been incinerated, that they still have them and that, that was pretty much it,” Africa said. “They said that they were supposed to be (incinerated) but someone didn’t follow the orders,” Africa said.

“Safe to say the investigation will find this isn’t over,” Africa said. “From the beginning I stated that they found (the remains of) two people and there were 11 people that were murdered. How can we be sure there aren’t more remains to be found?”

Africa had earlier described Farley’s disposal of his family’s remains made him “sick to my stomach” and said the news was hurtful and traumatizing.

The city’s Chief Medical Examiner, Dr. Sam Gulino, has been placed on administrative leave pending a full investigation, Kenney said. Gulino was not fired because he is a civil servant and is subject to a different process for any potential discipline, according to the mayor.

In a statement, Farley alleged that Gulino had found remains from some of the MOVE bombing victims and, believing that any subsequent investigation into their deaths had long been completed, he instructed Gulino to dispose of the bones and bone fragments.

“I profoundly regret making this decision without consulting the family members of the victims and I extend my deepest apologies for the pain this will cause them,” Farley said of the disposal, which happened in 2017.

‘We don’t know’ how many remains are lost, Kenney says

Kenney said Thursday the city was launching an investigation into the disposal of the remains. He said the city didn’t know details on the type of remains, to whom they belonged or how many victims’ remains were disposed of.

Philadelphia Managing Director Tumar Alexander — who oversaw Farley and to whom Farley came forward about what happened — also said he did not know those answers but noted that the Africa family deserved those answers.

Kenney said he didn’t know why the Medical Examiner’s office held onto the remains.

While he said he was glad Kenney’s office met with his family prior to informing the public of Farley’s admission, Africa Jr. said that justice isn’t possible for him. He said that the closest thing his family can get is accountability, but he isn’t sure what that would look like yet.

“We’re still looking into that right now to figure out what (accountability) looks like,” he said. “I can’t really say what that will be, what we’re planning or working on.”

From the bombing to cardboard boxes

After years of tensions between Philadelphia police and the MOVE group, police fired 10,000 rounds of ammunition into the MOVE rowhouse on the 6200 block of Osage Avenue on May 13, 1985. The police then dropped military-grade explosives on the house, burning an entire city block to the ground. Eleven people were killed and 61 homes were destroyed.

Alexander told reporters Thursday that the remains Farley had disposed of were contained in cardboard boxes, but how or where they were disposed of was unknown and would be looked into as part of the investigation. He said he had not seen a picture of the remains himself.

Kenney said the remains related to Farley’s resignation were separate from those rediscovered in April in the possession of Alan Mann, a former professor at the University of Pennsylvania and Princeton University. Mann returned those bone fragments to Terry Funeral Home in West Philadelphia on April 28, Gregory Burrell, the owner and funeral director, told CNN on April 30.

Those remains belonged to at least one of the victims and were used in online courses as research specimens without the family’s knowledge. One of the classes was taught by a staff member of the Penn Museum, which is affiliated with the University of Pennsylvania, and at Princeton University, where Mann taught from 2001 until he retired, a spokesperson with Princeton University said.

“In 1985, the Philadelphia Medical Examiner’s Office asked Dr. Alan Mann, who was acting as an independent forensic anthropologist, to conduct an examination of a partial set of human remains,” a Penn Museum spokesperson told CNN. “Because of the inconclusive evidence, the Philadelphia Medical Examiner’s office transferred the remains to the custody of Dr. Mann for continued analysis in the hopes of achieving a positive identification. When he was appointed as a professor of anthropology at Princeton University in 2001, the remains were relocated.”

Speaking both about the remains Farley said he disposed of and those Mann turned over, Africa Jr. said there are no words to encapsulate how he feels.

“You can use all kinds of descriptive words to describe how bad this is but none of those words will ever add up to how bad this really is and how bad people feel,” he said. “People are hurting in the morning and grieving for the family that was stolen from them.”

In an online statement published on April 28, the Penn Museum offered an apology to the Africa family and said it was “committed to a respectful, consultative resolution” in the return of the remains.

“For many, one of the most traumatic parts of this narrative is that some of these remains were used in a forensic anthropology class that was offered by Princeton University and taught by a member of the Penn Museum staff,” the statement said. “This course has now been suspended.”

A Princeton University spokesperson also told CNN in a statement that it had suspended its course.

“We are also working to add additional context and information to the online course that addresses the appropriate handling of human remains in the discipline of forensic anthropology,” the statement said.

Farley acknowledged in his statement that the recent discovery of the museum fragments caused him to reevaluate how he had handled the disposal of the remains.

“Amid recent reports about local institutions in possession of bones of the MOVE bombing victims, I have reconsidered my actions,” Farley said. “I believe my decision was wrong and represented a terrible error in judgment.”

Although Kenney apologized to the Africa family on behalf of the city of Philadelphia in his statement, he conceded it may not be enough.

“I cannot imagine that it means much, but I also offer a formal apology to the Africa family and members of the Movement on behalf of the City of Philadelphia, not just for this disgraceful incident, but also for how administration after administration has failed to atone for the heinous act on May 13, 1985 and continues to dishonor the victims,” he said. “I am profoundly sorry for the incredible pain, harm, and loss caused by that horrific day.”

In November 2020, Philadelphia City Council passed a resolution to apologize for what Kenney said Thursday were “eleven Black Philadelphians — including children…killed by their own government.”

When asked by CNN on Thursday how the incident and the mismanagement of the victims’ remains reflected on the city, Kenney said it “shows 36 years of insensitivity and not really caring about what’s happened to that family.”

“That’s sad and it’s unacceptable and again, as soon as I learned about it, we went into action and tried to get a conversation going and try to come up with some appropriate action,” he said. ‘Candyman’ Poster and New Images Dare You to Say His Name 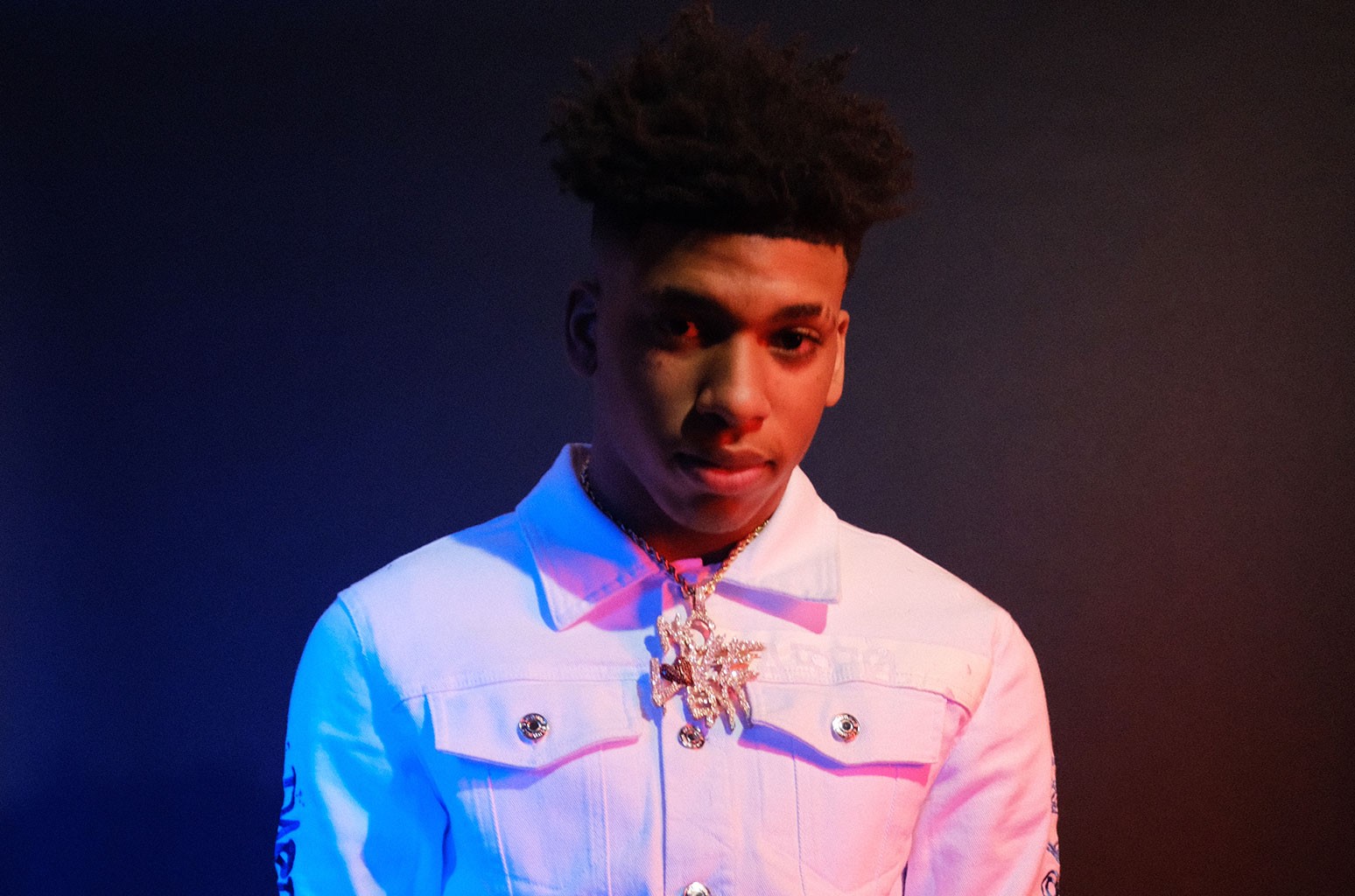