Now that the CDC has approved booster shots for all three authorized vaccines in the U.S., the agency as well as the FDA will turn to evaluating the safety of the Pfizer-BioNTech vaccine for children ages 5 to 11.

If authorized, the vaccine would be the first COVID-19 shot available to younger children. In May, the FDA authorized the emergency use of Pfizer-BioNTech’s vaccine in children 12 and older.

Over the next two weeks, the agencies will decide whether new data showing the vaccine is 90% effective is convincing enough to justify authorizing COVID-19 vaccines for children ages 5 through 11. The data released Friday reported that only three children of the 1,500 who received the vaccine during the study later contracted COVID-19. All three had mild symptoms, and there were no severe cases or deaths.

Walensky also endorsed a second shot for all 15 million Americans who received the one-dose J&J vaccine, as well as a booster dose for certain groups of people who got the Moderna vaccine.

►Illinois Gov. JB Pritzker issued an executive order mandating either vaccination or weekly COVID-19 testing for daycare workers, which accounts for more than 55,000 people across the state. Workers will be required to get their first dose by Dec. 3 or submit to weekly testing.

►Aiming to encourage more vaccinations through friendly competition, Salt Lake County health officials analyzed vaccination status by astrological sign. At the top spot were Leos with a 70% vaccination rate while Scorpios were in last at 46%.

►Florida Gov. Ron DeSantis announced Thursday that he plans to convene a special session of the state legislature in November to combat COVID vaccine mandates by businesses.

►In Michigan, about 70 Beaumont Health workers resigned rather than take the COVID-19 vaccine and 370 have been suspended for failing to meet an Oct. 18 deadline for vaccination, the health system announced Thursday.

►Restaurants, movie theaters and many retail stores in Moscow will be closed for 11 days starting Oct. 28, along with other new restrictions as Russia recorded the highest numbers of coronavirus infections and deaths since the pandemic began.

►Ready for some sun? Hawaii’s governor welcomed back tourists as COVID-19 cases and hospitalizations dropped.

📈 Today’s numbers: The U.S. has recorded more than 45 million confirmed COVID-19 cases and more than 733,000 deaths, according to Johns Hopkins University data. Global totals: More than 242 million cases and 4.9 million deaths. More than 189 million Americans — 57.2% of the population — are fully vaccinated, according to the CDC.

Earlier this year, an insistent cry arose from business leaders and Republican governors: Cut off a $300-a-week federal supplement for unemployed Americans. Many people, they argued, would then come off the sidelines and take the millions of jobs that employers were desperate to fill.

Yet three months after half the states began ending that federal payment, there’s been no significant influx of job seekers.

In states that cut off the $300 check, the workforce — the number of people who either have a job or are looking for one — has risen no more than it has in the states that maintained the payment. That federal aid, along with two jobless aid programs that served gig workers and the long-term unemployed, ended nationally Sept. 6. Yet America’s overall workforce actually shrank that month.

“Policymakers were pinning too many hopes on ending unemployment insurance as a labor market boost,” said Fiona Greig, managing director of the JPMorgan Chase Institute, which used JPMorgan bank account data to study the issue. “The work disincentive effects were clearly small.”

Labor shortages have persisted longer than many economists expected, deepening a mystery at the heart of the job market. Companies are eager to add workers and have posted a near-record number of available jobs. Unemployment remains elevated. The economy still has 5 million fewer jobs than it did before the pandemic. Yet job growth slowed in August and September.

An analysis of state-by-state data by The Associated Press found that workforces in the 25 states that maintained the $300 payment actually grew slightly more from May through September, according to data released Friday, than they did in the 25 states that cut off the payment early, most of them in June. The $300-a-week federal check, on top of regular state jobless aid, meant that many of the unemployed received more in benefits than they earned at their old jobs.

Fully vaccinated people make up less than 1% of COVID deaths

Scientists knew the COVID-19 vaccines were highly effective at preventing severe disease and death, but they didn’t know exactly how effective until the Centers for Disease Control and Prevention released data showing what experts called a “modern miracle.”

As of Oct. 12, the agency found only 7,178 deaths occurred among fully vaccinated people in the U.S. In a country that has reported more than 720,000 COVID-related deaths, the fully vaccinated make up less than 1%

“We were all hoping for something to help save our neighbors and our patients and certainly this data is tremendous,” said Dr. Joseph Teel, vice chair of clinical operations for the department of family medicine and community health at Penn Medicine. “It’s a modern miracle in many ways.”

A lawsuit filed in Tampa and representing Southwest Florida asks for a temporary restraining order and injunction regarding service members and a mandatory COVID-19 vaccine order.

The suit, filed by the Liberty Counsel in Florida’s Middle District Court on Oct. 15, states that members of the Army, Navy, Air Force, Marines, and Coast Guard, and federal employees and federal civilian contractors, have been unlawfully mandated to get the COVID-19 vaccines or face dishonorable discharge from the military or termination from employment.

“The Biden administration has no authority to require the COVID shots for the military or for federal employees or civilian contractors,” said Liberty Counsel Founder and Chairman Mat Staver. “Nor can the Biden administration pretend that the federal Religious Freedom Restoration Act and the First Amendment do not apply to its unlawful mandates.

The U.S. Centers for Disease Control and Prevention will send a team to Guam to investigate why so many COVID-19 patients arrive at the island’s hospitals dead.

Last month, the U.S. territory’s Department of Public Health and Social Services reported that “dead on arrival” cases made up about two-thirds of recent COVID-19 deaths on Guam.

The CDC team is coming at the request of Department of Public Health and Social Services Director Art San Agustin, the Pacific Daily News reported.

The team is expected to take a deep dive into the data, “to look at what actually happened” and analyze whether the patients had similar comorbidities, Chief Public Health Officer Chima Mbakwem said Thursday.

A 7-week-old was among the 53 new COVID-related deaths reported in Kentucky on Thursday.

The daily update shared to the state’s website included an additional death in the 0-9 age range, but didn’t include any details. Gov. Andy Beshear said on Twitter that the baby was 7 weeks old.

In a midday new conference, Beshear said the infant was believed to have “multiple issues” and “complications” in addition to COVID-19.

“It can impact anyone, whether or not it is the only cause of us losing someone,” he said. “If it’s what puts it over the edge, or even just contributes to that loss, there’s something that we can do about that, and that’s everybody getting vaccinated, doing what it takes, masking when it’s appropriate, to protect one another.” 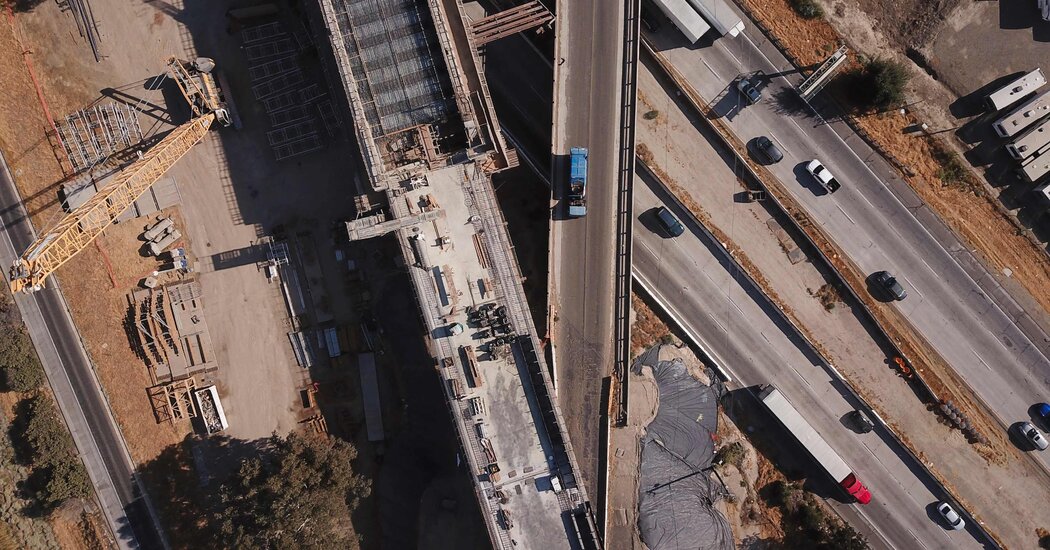 Years of Delays, Billions in Overruns: The Dismal History of Big Infrastructure 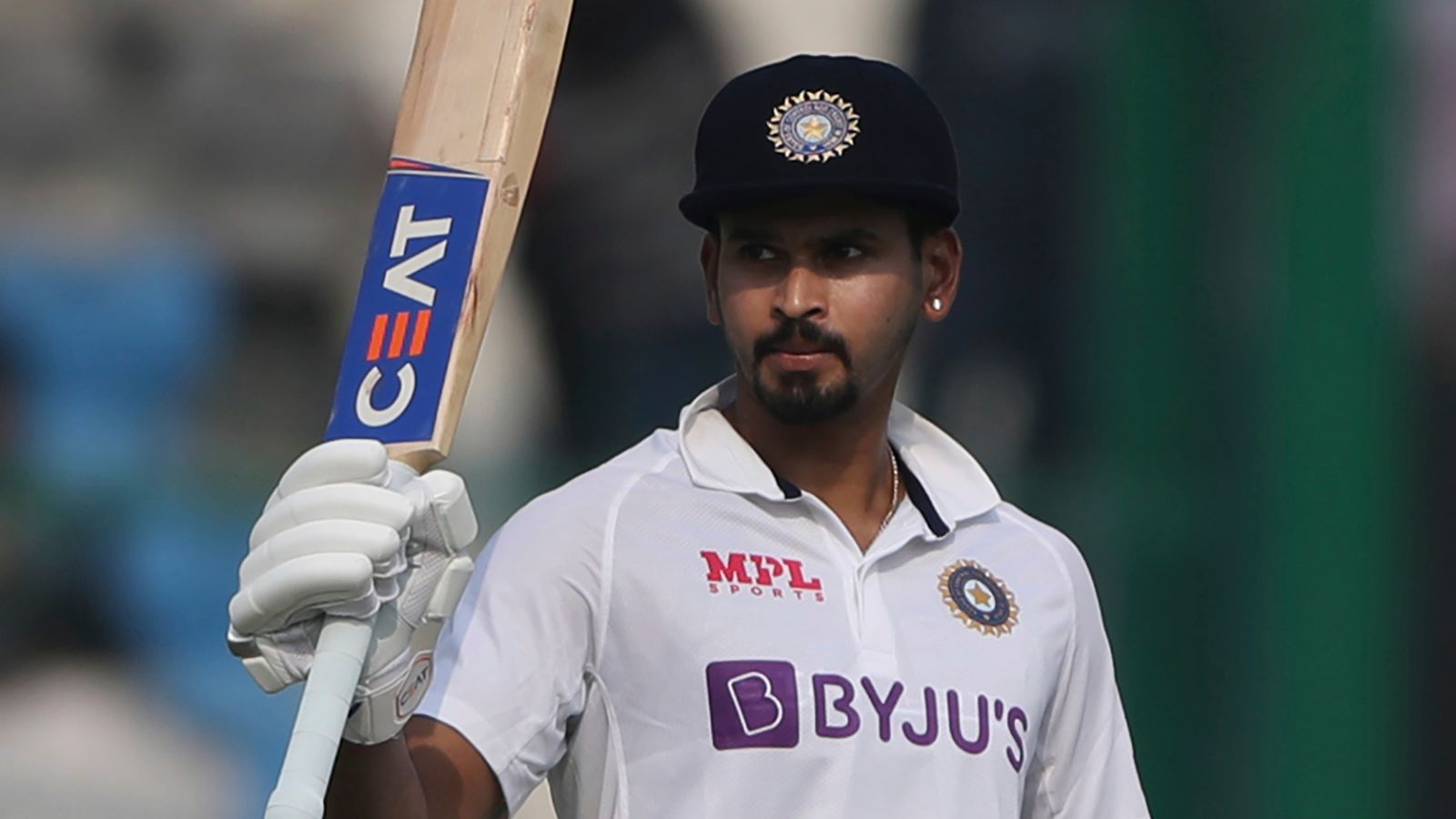 India vs New Zealand: Shreyas Iyer hits second fifty on Test debut to give hosts the edge
1 second ago 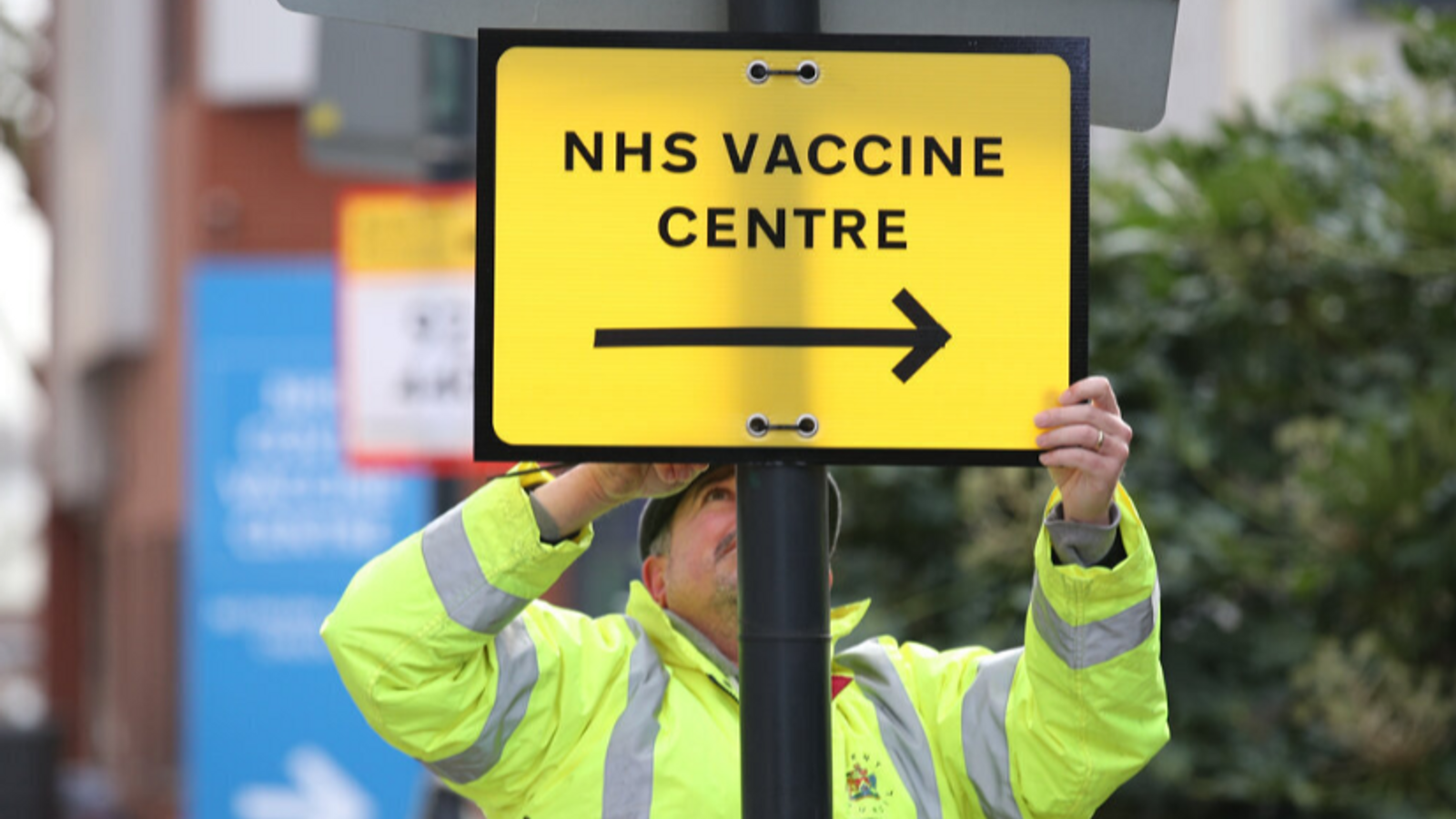 COVID-19: Emergence of Omicron variant could be down to ‘reservoirs’ of virus in the unvaccinated and immunosuppressed
9 mins ago