The Supreme Court decision on Monday barring the counting of mail-in ballots in Wisconsin that arrive after Election Day was not a surprise for many Democrats, who had pressed for it but expected to lose.

But a concurring opinion by Justice Brett M. Kavanaugh set off alarms among civil rights and Democratic Party lawyers, who viewed it as giving public support to President Trump’s arguments that any results counted after Nov. 3 could be riddled with fraudulent votes — an assertion unsupported by the history of elections in the United States.

The decision also unnerved Democrats and local election officials in Pennsylvania, where Republicans are asking the Supreme Court to weigh in again on whether the state can accept ballots received up to three days after Election Day. While Democrats in Wisconsin had been appealing for an extension, the current rules in Pennsylvania allow for ballots to arrive three days after the election. Any change could threaten the more than 1.4 million absentee ballots not yet returned.

In his opinion, attached to the 5-to-3 ruling against the deadline extension in Wisconsin, Justice Kavanaugh wrote that Election Day mail-in deadlines were devised “to avoid the chaos and suspicions of impropriety that can ensue if thousands of absentee ballots flow in after Election Day and potentially flip the results of an election.”

He added, “Those states also want to be able to definitively announce the results of the election on election night, or as soon as possible thereafter.”

Justice Kavanaugh’s statement mirrored in some ways Mr. Trump’s efforts to suggest that only ballots counted by Election Day should decide the result, and more generally to push unfounded claims about widespread voter fraud.

Earlier on Monday, the president had posted on Twitter that election officials “must have final total on November 3rd,” alleging without evidence that there are “big problems” with mail-in ballots. Twitter labeled the tweet “misleading.”

The Wisconsin ruling was the latest in a series of court decisions setting the rules for how voters in different states can cast their ballots during the coronavirus pandemic and when the cutoff is for receiving them.

The Wisconsin ruling revealed a stark divide among the justices in their understanding of the role of the courts in protecting the right to vote during a pandemic and left voting rights activists concerned about how the court’s conservative majority would rule in any postelection fights.

With Mr. Trump indicating that he plans to challenge a loss, Democrats have kept a particularly wary eye on the Supreme Court.

It was the court that rendered the final decision in the Florida recount of 2000, effectively delivering the state to George W. Bush over Al Gore by just 537 votes and, with it, the presidency. In rushing to name a successor to Justice Ruth Bader Ginsburg upon her death last month, Mr. Trump indicated that he believed the Supreme Court might again determine the winner, saying, “I think this will end up in the Supreme Court, and I think it’s very important that we have nine justices.”

He suggested that he expected the court to weigh in on his charges of election fraud, saying: “The scam will be before the United States Supreme Court. And I think having a 4-4 situation is not a good situation.”

The concept expressed by Justice Kavanaugh that counting late-arriving ballots could “flip the results” misconstrues the voting process, where official results often are not fully tabulated for days or even weeks after an election.

And, this year, both sides expect that Democrats will vote by mail in greater numbers than Republicans will, and that Republicans will vote in person in greater numbers than Democrats will — leading to a potential scenario in which initial results could appear to favor Mr. Trump, only to move in the direction of Joseph R. Biden Jr., the Democratic nominee, as the counts of mailed ballots are made public.

Because of a surge in mail-in ballots due to the pandemic, as well as delays at the Postal Service, civil rights groups and Democrats have been pressing for the suspension of certain rules regarding mail-in balloting to ensure that as many ballots as possible arrive on time and so that states and counties will have more time to count them.

Republicans have been pressing to keep the more restrictive rules in place.

Mr. Kavanaugh’s concurrence was met by a dissent from Justice Elena Kagan, who wrote that “there are no results to ‘flip’ until all valid votes are counted.”

Justice Kagan wrote that nothing could be more suspicious or improper “than refusing to tally votes once the clock strikes 12 on election night.”

“To suggest otherwise,” she added, “especially in these fractious times, is to disserve the electoral process.”

Justice Kagan chastised the majority for disregarding the overriding effects of the pandemic, adding, “What will undermine the ‘integrity’ of that process is not the counting but instead the discarding of timely cast ballots that, because of pandemic conditions, arrive a bit after Election Day.”

Democrats have openly worried that Mr. Trump’s attacks would create the false impression that fraud is a serious threat to the integrity of the election and use that as a basis for a challenge to the mail-in vote. To Democrats, Justice Kavanaugh’s opinion appeared to reward the approach, treating voters’ perceptions of fraud — which Mr. Trump is trying so hard to influence — as potentially pivotal.

The Supreme Court’s decision in the Wisconsin case came in response to an emergency petition, and therefore it lacked the weight of a case that had been fully argued before it. But it took on added importance for both sides coming ahead of an election many expect to be contested, and because it came on a day that Mr. Trump secured a sixth conservative vote on the court with the confirmation of Justice Amy Coney Barrett.

Richard L. Hasen, a professor of law and political science at the University of California, Irvine, said Justice Kavanaugh’s reference to “suspicions of impropriety” revealed a “Trumpian mind-set.” More substantively, Mr. Hasen said, his opinion augured a harder climb for civil rights groups and Democrats in election-year cases that go before the Supreme Court.

The president’s success in placing his nominees throughout the federal judiciary has led to a rightward shift in the ideological balance of several important federal appellate circuits as well as cemented the conservative majority on the Supreme Court.

They have joined with the other conservatives to stay several lower court rulings that had been in favor of expanding access to voting during the pandemic, including in Wisconsin, where a District Court judge, William M. Conley, had decided for Democrats by extending the deadline for counting ballots.

This was the second time the Supreme Court intervened in a decision by Judge Conley this year. In the spring, it stayed his decision granting an extension for mail ballots on the eve of the primary election, which included races for the Democratic nomination and an important race for State Supreme Court justice. In that case, however, the court did allow election officials to continue counting ballots for several days after Election Day as long as ballots were postmarked on or before it.

Justice Kavanaugh took a prominent role in both cases, and showed himself to be in line with the other conservatives on voting rights cases, deferring to state legislatures and their rights to enact strict measures to institute safeguards against the potential for voter fraud, even though it remains exceedingly rare.

“Even without the reasoning, it’s very clear that what the court has done throughout this election season has made it clear that federal courts are not going to be significant sources of voting rights protection in the lead up to elections,” said Wendy R. Weiser, the director of the Democracy Program at the Brennan Center for Justice.

Democrats had anticipated the court’s ruling in the Wisconsin case, and on Tuesday they focused on efforts to persuade voters not to wait until the last minute and risk not having their mail ballots arrive on time to be counted.

Previously, the court had deadlocked 4-to-4 on a challenge to a similar ballot deadline extension in the state, though it was Republicans who were appealing a State Supreme Court decision, rather than a federal court decision.

The deadlocked decision meant that the State Supreme Court decision held, and that ballots postmarked by Election Day could be counted as long as they arrived within three days after.

Republicans in the state, however, immediately returned to the federal court in the Western District of Pennsylvania, with a nearly identical argument against the ballot extension. Their apparent plan was a return appearance before the Supreme Court with the newly installed Justice Barrett, who they hoped would side with the other conservative members and undo the extension. 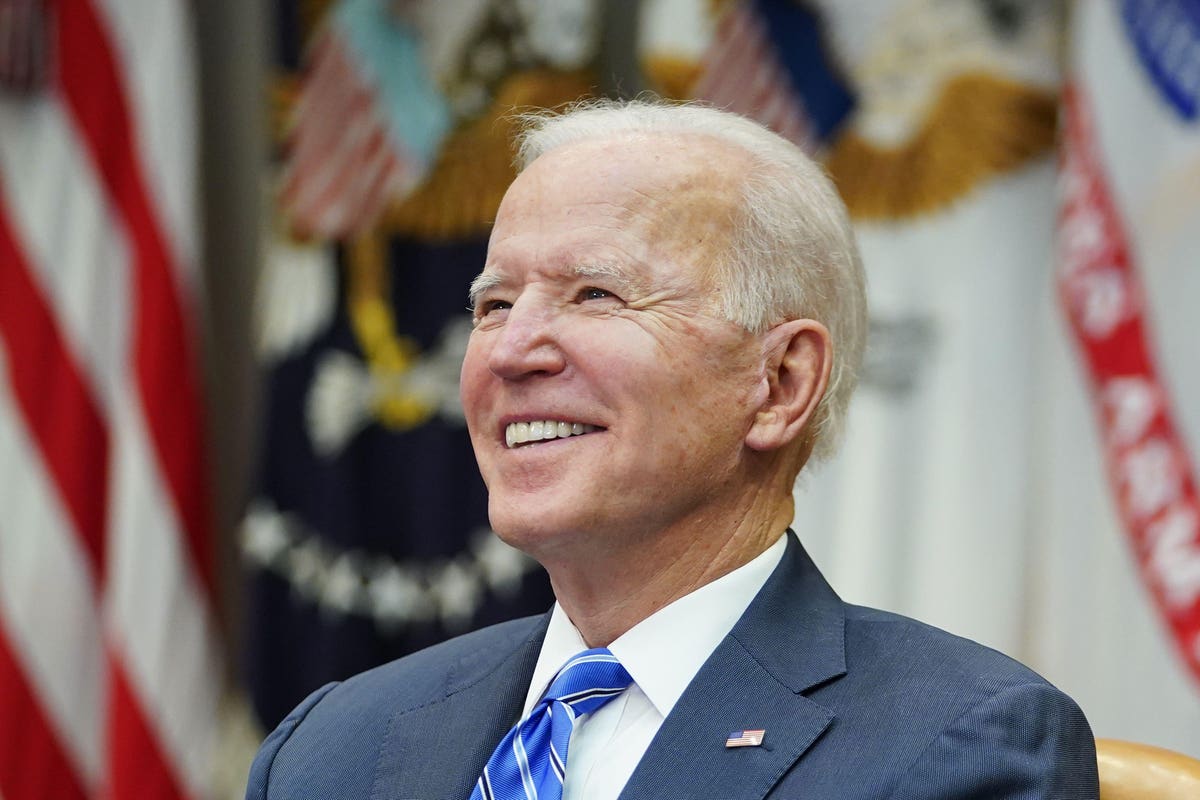 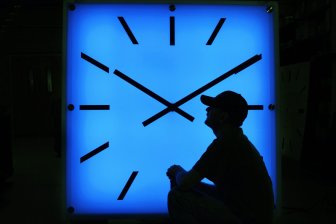 Most distant quasar with powerful radio jets discovered
6 mins ago