Prominent Republicans defended gun rights at the National Rifle Association convention on Friday with some misleading claims about the efficacy of gun restrictions, gun ownership trends and school shootings.

“Gun bans do not work. Look at Chicago. If they worked, Chicago wouldn’t be the murder hellhole that it has been for far too long.” — Senator Ted Cruz, Republican of Texas

This is misleading. Opponents of firearm restrictions frequently cite Chicago as a case study of why tough gun laws do little to prevent homicides. This argument, however, relies on faulty assumptions about the city’s gun laws and gun violence.

There were more gun murders in Chicago than in any other U.S. city in 2020, fueling the perception that it is the gun violence capital of the country. But Chicago is also the third-largest city in the country. Adjusted by population, the gun homicide rate was 25.2 per 100,000, the 26th highest in the country in 2020, according to data compiled by the gun control advocacy group Everytown for Gun Safety.

The three cities with the highest gun homicide rates — Jackson, Miss.; Gary, Ind.; and St. Louis — had rates double that of Chicago’s or more. All are in states with more permissive gun laws than Illinois.

Chicago’s reputation for having the strictest gun control measures in the country is outdated. Mr. Cruz cited the city’s handgun ban — without noting that the Supreme Court nullified the ban in 2010. An appeals court also struck down a ban on carrying concealed weapons in Illinois in 2012, and the state began allowing possession of concealed guns in 2013 as part of the court decision.

Today, Illinois has tougher restrictions than most states, but it does not lead the pack, ranking No. 6 in Everytown’s assessment of the strength of state gun control laws, and No. 8 in a report card released by the Giffords Law Center, another gun control group. Conversely, the state ranked No. 41 in an assessment on gun rights from the libertarian Cato Institute.

Gun control proponents have also argued that the patchwork nature of gun laws in the country makes it difficult for a state like Illinois with tough restrictions on the books to enforce them in practice. A 2017 study commissioned by the city of Chicago found, for example, that 60 percent of guns used in crimes and recovered in Chicago came from out of state, with neighboring Indiana as the primary source.

“As for so-called assault rifles, which the left and the media love to demonize, these guns were banned for 10 years from 1994 to 2004. And the Department of Justice examined the effect of the ban and concluded it had zero statistically significant effect on violent crime.” — Mr. Cruz

This is exaggerated. The Violent Crime Control and Law Enforcement Act of 1994 banned the possession, transfer or domestic manufacturing of some semiautomatic assault weapons for 10 years. The Justice Department commissioned a 2004 study on the effect of the 1994 assault weapons ban.

The study found that, if renewed, “the ban’s effects on gun violence are likely to be small at best and perhaps too small for reliable measurement” as assault weapons were rarely used in the crimes.

But Christopher Koper, a professor at George Mason University in Fairfax County, Va., and the lead author of that study., has repeatedly said that the ban had mixed effects overall.

“My work is often cited in misleading ways that don’t give the full picture,” Mr. Koper previously told The New York Times. “These laws can modestly reduce shootings overall” and reduce the number and severity of mass shootings.

“We know that there are no more guns per capita in this nation today than there were 50 or 100 years ago. That’s worth underscoring. In 1972, the rate of per capita gun ownership in the United States was 43 percent. In 2021, the rate is 42 percent. The rate of gun ownership hasn’t changed. And yet acts of evil like we saw this week are on the rise.” — Mr. Cruz

This is misleading. In arguing that cultural issues, rather than the prevalence of guns, are to blame for mass shootings, Mr. Cruz conflated and distorted metrics of gun ownership.

The per capita number of guns in the United States roughly doubled from 1968 to 2012, according to the Congressional Research Service, from one gun for every two people to one gun per person. And it has continued to rise since, to about 1.2 guns for every person by 2018, according to the Switzerland-based Small Arms Survey.

Mr. Cruz was most likely referring to a Gallup survey of gun ownership. It is not a per capita measure but rather asked participants if they had a gun in their home, with 43 percent responding yes in 1972 and 42 percent in 2021. Historical surveys from the University of Chicago research center NORC show, however, that the percentage of American households that own guns has decreased from about half in the 1970s to about a third in recent years.

“Inner city schools rarely have these kinds of mass shootings. I didn’t know that until just recently. Think of that. They rarely have this problem despite being located in very tough neighborhoods, in many cases where there’s tremendous levels of high crime and violence. They’re much more dangerous outside the school than inside. The reason is that for decades inner city schools have had much stronger security measures in place in the school itself, including metal detectors and, yes, armed guards.” — former President Donald J. Trump

This is misleading. Mr. Trump has a point that high-fatality shootings perpetrated by a single person have mostly occurred in suburban and rural schools, but the notion that schools in cities have been spared from gun violence is inaccurate. Moreover, Mr. Trump’s suggestion that the presence of armed guards deters mass shootings is not borne out by the evidence.

A 2020 report from the Government Accountability Office examined 318 shootings from the 2009-10 school year to the 2018-19 school year. Almost half, 47 percent, of shootings occurred in urban areas, and the report noted that “urban, poorer and high minority schools had more shootings overall.”

There is little evidence that the presence of police or armed security prevents or deters shootings in schools. A 2019 review by the New York State School Boards Association found that research on the topic has been “inconclusive.” Researchers examined 133 school shootings from 1980 to 2019 in a paper last year and found “no association between having an armed officer and deterrence of violence in these cases.”

“It’s even reported that the Biden administration is considering putting U.N. bureaucrats in charge of your Second Amendment rights.” — Mr. Trump

False. This was a reference to reports that the Biden administration was considering re-entering an international arms treaty. But Mr. Trump is grossly exaggerating what that treaty would do.

The 2014 Arms Trade Treaty regulates international sales of conventional weapons (like tanks, combat vehicles, warships, missiles and firearms). It does not put officials at the United Nations in charge of gun laws in the United States.

The United States was a signatory to the treaty but did not ratify it as more than 100 other nations have. Mr. Trump announced he was withdrawing the United States’ signature during a speech to the N.R.A. in 2019.

The treaty aims to establish international norms for regulating arms sales between countries and addressing illegal arms sales. It prohibits selling weapons to nations that are under arms embargoes or will use them to commit genocide, terrorism, war crimes or attacks against civilians.

In the preamble, the treaty explicitly reaffirms “the sovereign right of any state to regulate and control conventional arms exclusively within its territory, pursuant to its own legal or constitutional system.” The Congressional Research Service noted that the treaty “does not affect sales or trade in weapons among private citizens within a country” and, even if ratified, “would likely require no significant changes to policy, regulations or law” since “the United States already has strong export control laws in place.” 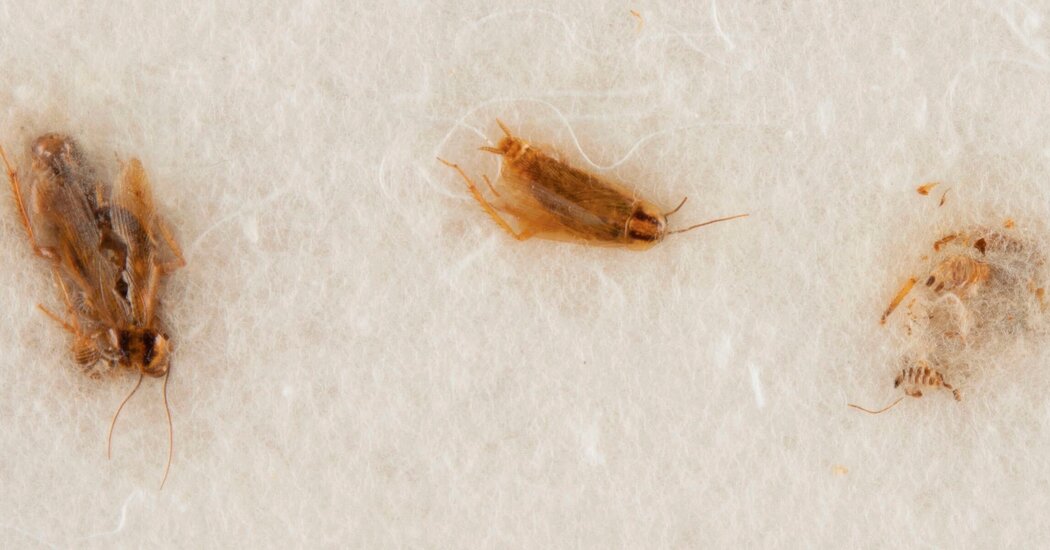