A Michigan man is facing murder charges in the death of a 10-year-old girl who was fatally crushed by construction equipment, police said.

Timothy John Otto, 60, of Chesterfield Township, has been charged with second-degree homicide, manslaughter with a motor vehicle and reckless driving causing death in a July 25 crash that killed Giana Giannini, Warren police said.

An investigation into the deadly wreck found that Otto, who was driving a 2000 Ford dump truck, ran a red light and crashed into a 2003 Honda driven by the girl’s mother as the pair headed from a nearby Tim Hortons fast-food restaurant back to their Warren home, police said.

The collision caused a trailer with a construction backhoe towed by Otto’s truck to overturn onto the Honda, crushing the vehicle’s passenger side and killing Giana. The girl’s mother sustained minor injuries, police said.

“This can only be described as a tragedy all the way around,” Warren Police Commissioner Bill Dwyer said in a statement. “My hope is that the arrest of the man who killed this child gives her family some semblance of justice and peace.”

Otto, who surrendered to Warren police Friday, was later arraigned and a judge set his bond at $75,000, police told The Post.

“Based on the elements, it was the prosecutor’s decision to charge homicide, second degree,” the commissioner told the newspaper while declining to discuss additional details of the wreck.

Dwyer did acknowledge that speed, road conditions at the time and statements made by Otto following the crash factored into the charging decision, the newspaper reports.

“Everyone who responded to this is heartbroken for the mother of this 10-year-old child,” Dwyer continued. “It’s been a very difficult time for the mother and father.”

The girl’s relatives claimed after the crash that it appeared as if the heavy construction equipment hauled by Otto was not properly secured, The Macomb Daily reported in late July.

If convicted of second-degree murder, Otto faces up to life in prison.

Giana is survived by her parents and two siblings, according to an online fundraiser created to help offset her funeral costs. ‘This Is Us’: Jon Huertas on Directing & What That Flash-Forward Means for Kate and Toby
1 min ago 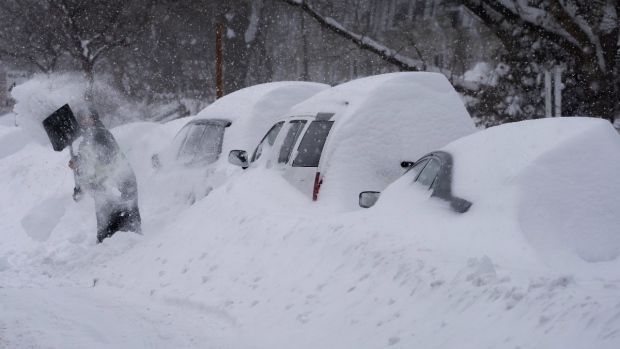