The final index reading of 50 in the monthly Surveys of Consumers was just below the preliminary reading of 50.2 released two weeks ago. The final June index — a 14.4% drop since May — represents the lowest recorded level since the university started collecting consumer sentiment data in November 1952.

“Consumers across income, age, education, geographic region, political affiliation, stockholding and homeownership status all posted large declines,” said Joanna Hsu, Surveys of Consumers director, in a statement. “About 79% of consumers expected bad times in the year ahead for business conditions, the highest since 2009.”

Inflation remained the biggest concern for consumers, she noted, adding that 47% of consumers blamed the sharp increase in prices for eroding their living standards. That is 1 percentage point below the all-time high reached during the Great Recession, according to the report.

“As higher prices become harder to avoid, consumers may feel they have no choice but to adjust their spending patterns, whether through substitution of goods or foregoing purchases altogether,” Hsu said. “The speed and intensity at which these adjustments occur will be critical for the trajectory of the economy.”

The year-ahead expections were little changed from the preliminary reading and those of the recent months, Hsu said.

Still, consumers are feeling slightly more optimistic about longer-term inflation as well as continued strength in the labor market, the survey found.

More than half of consumers surveyed said they expect to see income growth during the next year, the survey found.

The record-low Michigan survey preliminary data released two weeks ago triggered a stock market plunge and likely factored in to the Fed’s decision last week to raise rates by 75 basis points, up from a previously telegraphed 50 basis points.

During the press conference that followed the central bank’s June policymaking meeting, Federal Reserve Chairman Jerome Powell said the University of Michigan’s initial June readings — among them expectations for higher inflation for the next few years — were “eye-catching.”

The Fed’s heightened sensitivity to the consumer survey puts additional weight on consumer sentiment and long-run inflation expectation readings and the external factors that could influence them — including political advertisements, Goldman Sachs analysts said this week.

“High inflation is set to feature prominently in political advertisements ahead of the midterm elections in the next few months,” analysts wrote in a research note published Thursday.

“As a result, we see the upcoming onslaught of inflation-focused political advertisements as adding to the risk that the Fed could continue to tighten aggressively even if economic activity decelerates sharply,” according to the note. 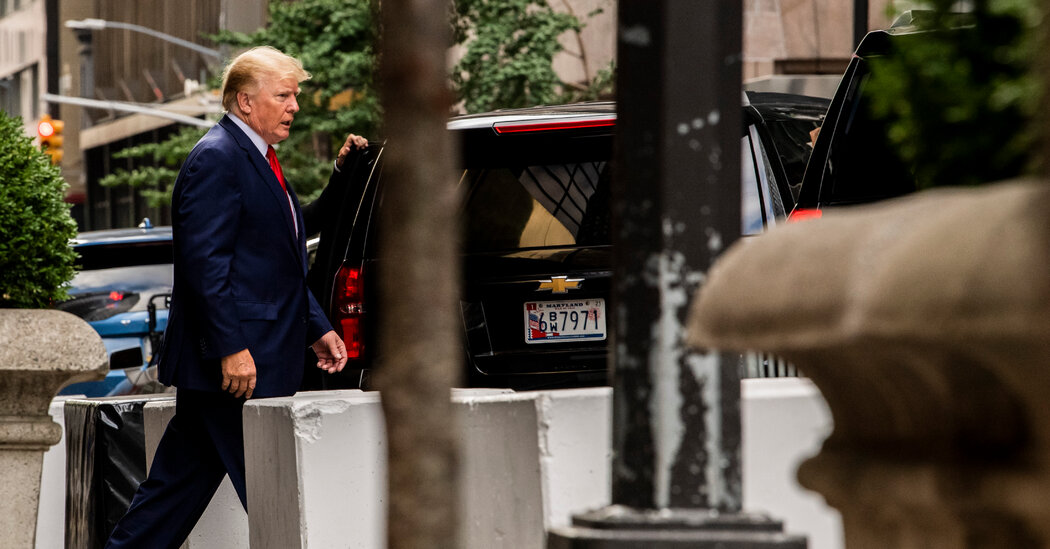 Files Seized From Trump Are Part of Espionage Act Inquiry