Despite a Labor Day weekend heat wave that would normally send them flocking to the beach, thousands of San Diego State University students have been ordered to stay indoors because of an outbreak of the coronavirus.

About 2,600 students live on campus from among 35,000 enrolled at the university. The lockdown order follows a move to online classes only several days ago. The university has reported 120 cases so far.

Taking a hard line, Northeastern University plans to dismiss 11 first-year students – and not refund their tuition – after they were found together in a hotel room in Boston. The gathering violated rules aimed at preventing spread of COVID-19.

A USA TODAY analysis of Johns Hopkins data through late Saturday shows one state set records for new cases: West Virginia. Three states had a record number of deaths in a week: Kentucky, Missouri and North Dakota. The records come amid fears that Labor Day weekend parties could spread the virus.

On Sunday, Kentucky Gov. Andy Beshear also announced the state had set a record for the number of positive cases for the second straight week, with 4,742. That’s up from 4,503 the previous week.

📰 What we’re reading: Do you need a COVID-19 test if you plan to travel? It’s confusing. That’s in part because states have different views on COVID-19 risks, the role of testing and the need for quarantine.

This file will be updated throughout the day. For updates in your inbox, subscribe tothe Daily Briefing.

It wasn’t just the wedding celebration in Millinocket on Aug. 7 that resulted in the triple-digit case count, but rather how the coronavirus from those who attended was traced to a jail and a nursing home, both more than 100 miles away, Robert Long, spokesman for the Maine Center for Disease Control and Prevention told CNN.

The new cases occurred in the Maplecrest Rehabilitation and Living Center in Madison and York County Jail in Alfred, CNN said.  At the jail, those who have tested positive for COVID-19 include 46 inmates, 19 staff members and seven of their household members.

Pandemic has had speeders pressing pedal to the metal

The coronavirus pandemic has been a paradise for speeders.

The number of speeders caught hurtling along at more than 100 mph doubled in Iowa from January through August compared to a four-year average, the state’s highway patrol reports.

In California, more than 15,000 tickets were issued from mid-March through Aug. 19 for speeds exceeding 100 mph, also more than double the same time period a year ago. That includes a continuing spike from May on.

The most likely explanation is drivers taking advantage of more open roads because of the pandemic, said Officer Ian Hoey, a spokesman for the California Highway Patrol.

In Ohio, state troopers have issued 2,200 tickets since April for driving more than 100 mph, a 61% increase over the same time period a year ago. The highest ticketed speed was 147 mph in the Cincinnati area.

Campers looking for solitude in the wilderness may not be finding it.

“This has been the busiest camping season we’ve had in the nearly 20 years I’ve been here,” said Shane Bertsch, district park supervisor at the Lewis and Clark Recreation Area near Yankton, South Dakota.

The reason: “I think it stems from COVID. People have just been anxious to get out,” he said. And for the most part, they choosing destinations not far from home.

Outdoor recreation – camping, hiking, biking, boating, fishing, wildlife watching and more – was social distancing before the name became part of the vernacular. Still, those trying to get away from it all at Lewis and Clark have to obey safety guidelines aimed at taming the contagion, such as social-distancing rules and group limits of no more than 10.

UK hits highest daily count for COVID-19 cases since May

Britain has recorded its highest daily number of new coronavirus cases since May as 2,988 new infections were announced on Sunday.

The U.K. is seeing the number of infections rise after lockdown like other European nations. But so far, the number of hospital admissions and deaths has not shown a corresponding rise. Two new deaths were reported Sunday.

Travelers passing through Phoenix’s airport might never know it, but technology installed on some escalators is keeping them safe from the coronavirus.

Phoenix Sky Harbor International Airport has added seven UV-C light sterilizers to some pre-security escalators in terminals 3 and 4, which see some of the heaviest foot traffic. The ultraviolet light is known to kill up to 99.9% of bacteria, according to Sky Harbor officials.

The light was installed underneath the escalator handrail and is not visible to travelers.

“As the handrail is moving, it’s continuous sanitation of the handrail,” said Gabriel Nevarez, deputy aviation director for Facilities and Services.

Kamala Harris says wearing a mask should be a ‘standard,’ not a mandate

A standard wouldn’t be considered as strong as a mandate, though some cities around the country have required the wearing of masks and are issuing citations to those who ignore the order.

“This is not about punishment. It’s not about Big Brother. It is simply about saying … what a leader says in times of crisis,” Harris said on CNN’s “State of the Nation.”

She acknowledged no one wants to wear a mask and hopes that it doesn’t remain a partisan issue even though governors are taking different positions on the issue. “The COVID, the virus, could care less who you voted for in the last election or who you plan to vote for in the next election,” The California Democrat said.

Insurers balk at offering policies needed to get goods to retailers

As if retailers don’t have enough trouble trying to keep stores open during the pandemic, many also face a new complication in keeping their shelves full.

Suppliers are now having trouble getting what’s known in the industry as credit insurance, policies that pay manufacturers or distributors if a retailer can’t pay for the merchandise that was ordered.

Insurers are less willing to offer the policies because of the pandemic’s effect on the retail industry, which mean fewer stores will be able to get the goods that need to sell. Big-box retailers, chains such as Best Buy or Home Depot, are in far better position than smaller retailers when it comes to credit insurance.

The credit insurance issue could lead to a cash crunch for manufacturers. A family owned sock maker based in New York, Gold Medal International, is one of them. “If I can’t ship $12 million worth of orders, guess what? I have a big liquidity problem.” said Paul Rotstein, who’s been president of New York-based Gold Medal for 30 years.

San Diego State students ordered to stay in their dorms

The move comes days after SDSU halted in-person classes for a month but kept on-campus housing open. The university, the third-largest in the state, has more than 35,000 students but as many as 2,600 students have been living on campus since the fall semester began Aug. 24.

Since the beginning of the semester, there have been 184 cases at the university, according to San Diego County.

Among California’s 10 most populous counties, San Diego is the only one with virus cases low enough to meet state standards for reopening theaters, museums and gyms, and resuming indoor dining – all with limited capacity to provide for physical distancing. But on Friday, county health officials warned of a concerning of rise cases in the county which could not be entirely attributed to SDSU cases.

Northeastern University dismissed 11 first-year students after they were discovered together in a room at the Westin Hotel in Boston on Wednesday night, in violation of university and public health protocols that prohibit crowded gatherings, the school announced Friday. They will not receive refunds on their payments for the semester.

The students were part of a study-abroad experience for first-year students that had been modified due to COVID-19 and was, instead, hosting more than 800 students in two-person rooms at the Westin, less than one mile from campus. The gathering was discovered Wednesday night.

“Cooperation and compliance with public health guidelines is absolutely essential. Those people who do not follow the guidelines – including wearing masks, avoiding parties and other gatherings, practicing healthy distancing, washing your hands and getting tested – are putting everyone else at risk,” Madeleine Estabrook, senior vice chancellor for student affairs at Northeastern, said in a statement.

Many months into the pandemic, Google is making Friday a one-time paid holiday for “collective well-being” and encouraging employees to enjoy a four-day holiday weekend, the company confirmed.

Google announced in July that employees would continue to work from home until summer of 2021.

Census response in poor, minority neighborhoods is undermined by coronavirus

Thousands of Black and Latino Americans could go uncounted in the nation’s census this year because of the coronavirus pandemic and other disruptions that discouraged households in poor and heavily minority neighborhoods from filling out their forms.

In 63% of census tracts, fewer people provided initial responses this year than in 2010, a USA TODAY analysis found. Response rates fell particularly in tracts with high concentrations of Black or Latino residents, large percentages of families qualifying for government benefits, or low levels of access to broadband internet.

People of color and poor families are undercounted every census. But COVID-19 delayed delivery of Census questionnaires for hard-to-reach populations during the spring quarantine and delayed operations since then to reach households that failed to respond. 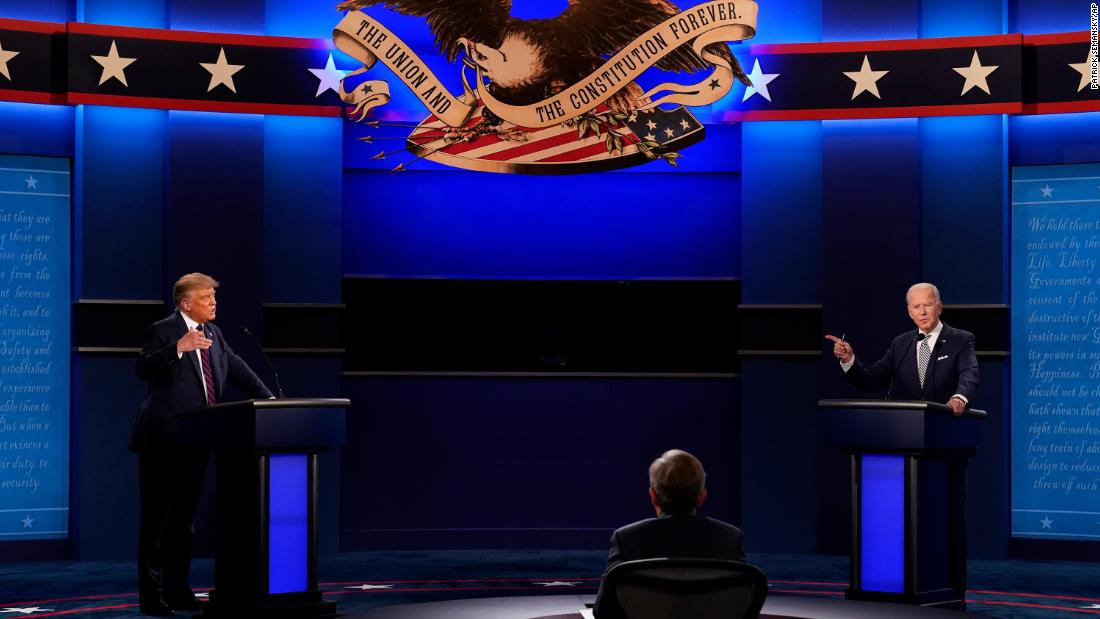 Trump is trying to divide the left. He’s actually uniting it behind Biden.
1 min ago

Trump is trying to divide the left. He’s actually uniting it behind Biden.

10 Activities That Teach the Presidential Election Process
3 mins ago 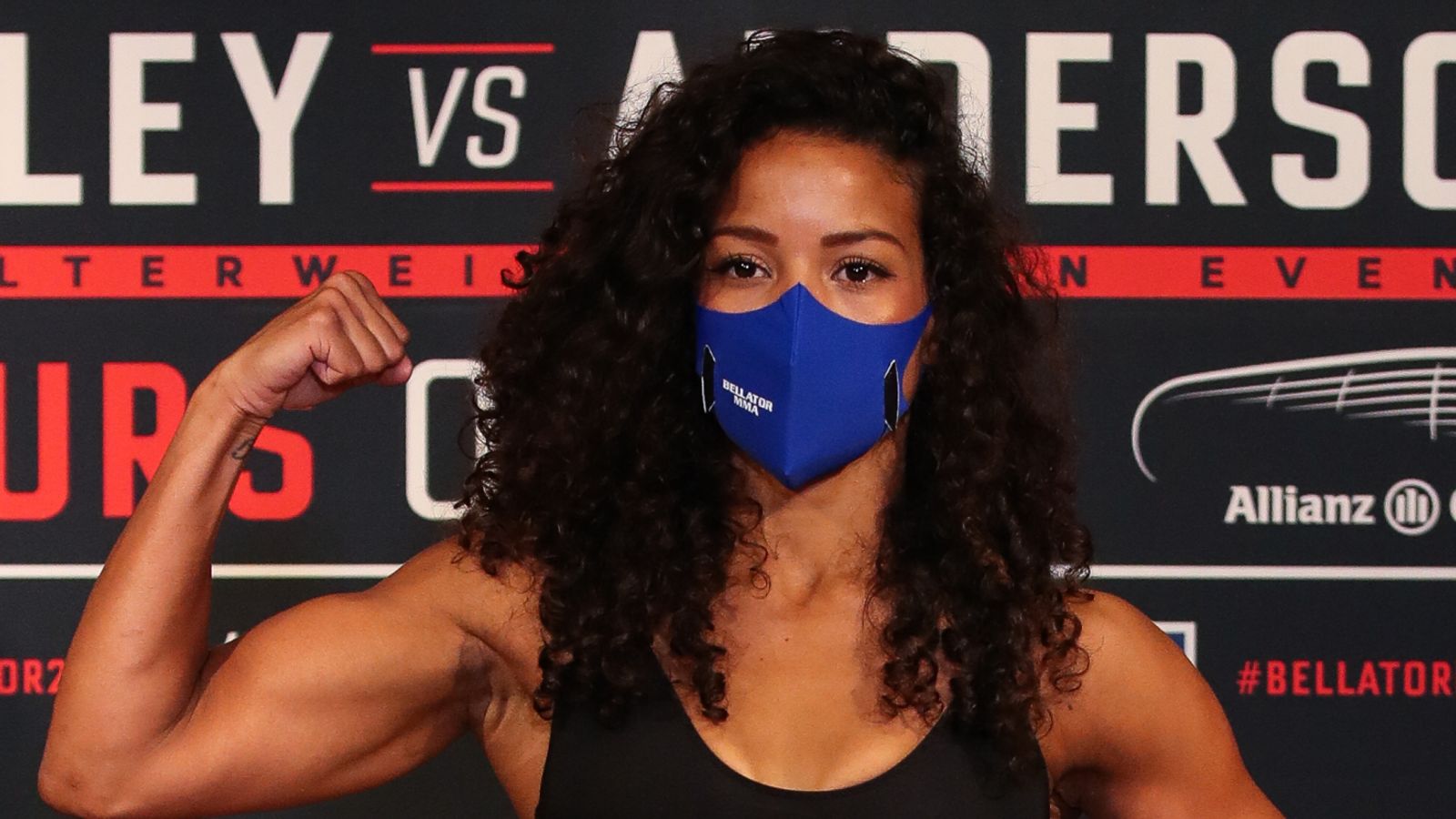