A Philadelphia man has been charged with intentionally setting fire to a three-story building he owned, causing the structure to collapse on top of firefighters and killing one of them, the authorities said Tuesday.

The man, Al-Ashraf Basem Khalil, 28, had fled to Jordan, but returned to the United States after an arrest warrant was issued in Pennsylvania, according to the U.S. Attorney’s Office in the Eastern District of Pennsylvania.

Mr. Khalil was arrested on Friday at Kennedy International Airport in New York City and charged with two counts related to arson and one count of making false statements to the authorities after they told him that surveillance camera footage showed him and another man entering the part of the building where the fire began on June 18, the U.S. Attorney’s Office said.

He faces up to life in prison or the death penalty if convicted. The authorities did not state a motive for the arson or release the name of the second man.

“Arson is without a doubt a violent crime — one that places our brave first responders and the innocent public at grave risk, as was so tragically demonstrated in this case,” Nelson S.T. Thayer Jr., the first assistant U.S. attorney in the district, said at a news conference on Tuesday.

Mr. Khalil’s building had housed Star Pizza Fish and Chicken, in the Fairhill section of North Philadelphia, a predominantly Hispanic neighborhood about three miles north of Center City that is dominated by two- and three-story rowhouses.

The fire began a little before 2 a.m. Firefighters extinguished it and evacuated eight people, according to a statement released by the office of Mayor Jim Kenney.

But at about 3:30 a.m., as the firefighters searched for hidden fires in the building, it collapsed, and debris crashed down on them. Four firefighters and a city building official were rescued from the rubble, some with severe injuries, the authorities said. The firefighter who was killed was later identified as Lt. Sean Williamson, 51, a 27-year veteran who had been assigned to Ladder 18 in the Hunting Park section of the city.

Mr. Thayer said that when investigators watched surveillance footage from that early morning, they saw two men walk behind a dumpster and enter the basement doors of the property. About 20 minutes later, they left. Shortly after, the footage shows smoke emanating from the building, Mr. Thayer said.

“Based on video surveillance, no other people were observed entering or exiting the building prior to smoke being present,” according to an affidavit in support of the criminal complaint.

Mr. Khalil received a call on the day of the fire from one of his tenants, who told him that the pizzeria downstairs was burning, the affidavit states.

Mr. Khalil asked if La Casa Pizza, a restaurant he owns that is not in the building, was on fire, prompting confusion from the tenant, who is referred to as M.M. in the affidavit, because Mr. Khalil knew that he lived above Star Pizza Fish and Chicken.

“M.M. believed it was strange that Khalil asked if M.M. was calling him about La Casa,” the affidavit states.

On June 21, investigators met with Mr. Khalil and asked if he would consent to a search of his phone, according to the affidavit. He declined, told them he had no travel plans and then booked a one-way flight that day to Amman, Jordan.

The next day, a judge issued a criminal complaint for Mr. Khalil. On Friday, Mr. Khalil was arrested at Kennedy International Airport on his return from Jordan.

Eric Gartner, the U.S. marshal for the Eastern District of Pennsylvania, said at the news conference on Tuesday that Mr. Khalil had been placed in handcuffs marked with the initials and badge number of Lieutenant Williamson, underscoring the high emotions in the case.

The final speaker at the news conference was Adam K. Thiel, the commissioner of the Philadelphia Fire Department, who had told reporters about a week earlier, “I’m not done crying.”

Before speaking on Tuesday, he placed a wallet-size photo of Lieutenant Williamson on the lectern and turned it toward the cameras.

Then he leaned into the microphone and spoke: “Arson killed Lieutenant Williamson.” 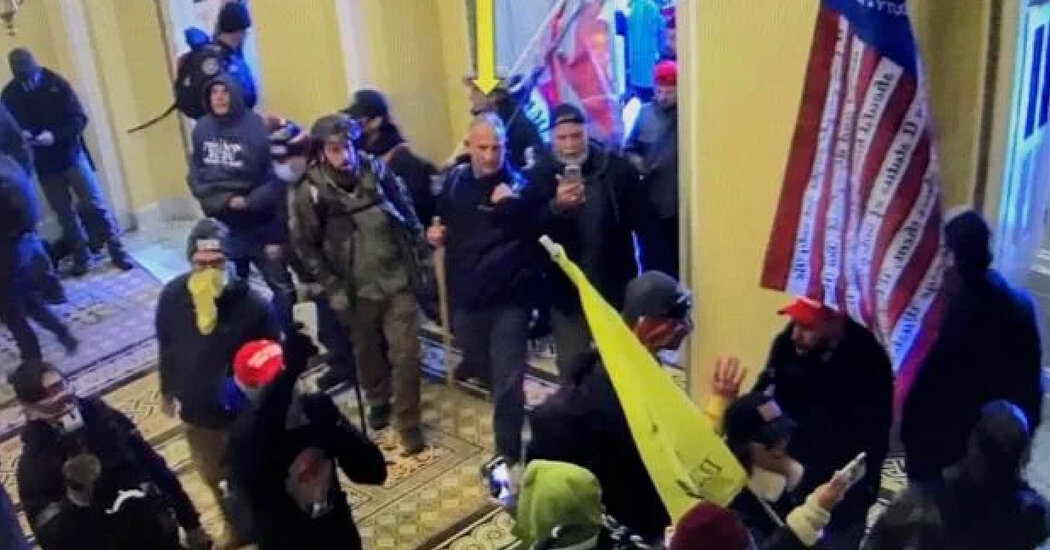